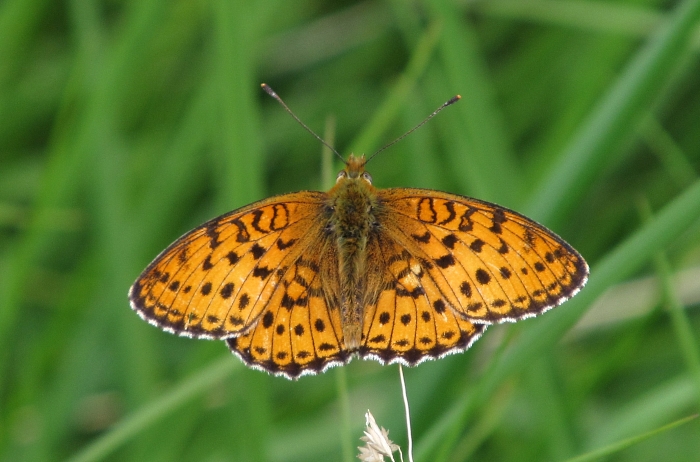 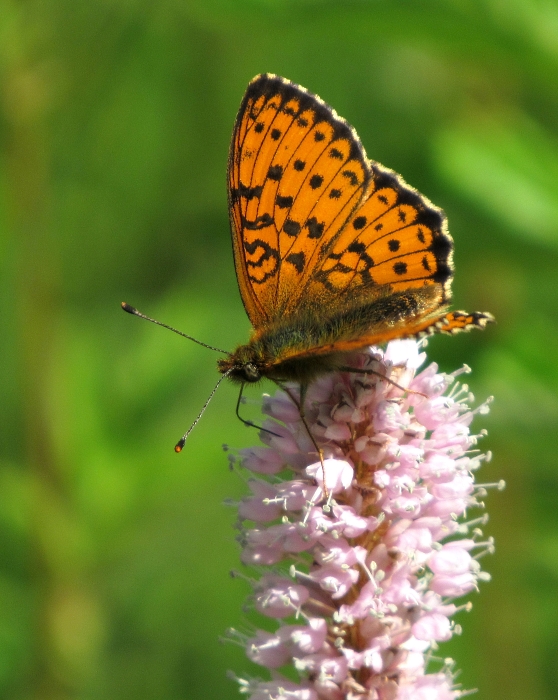 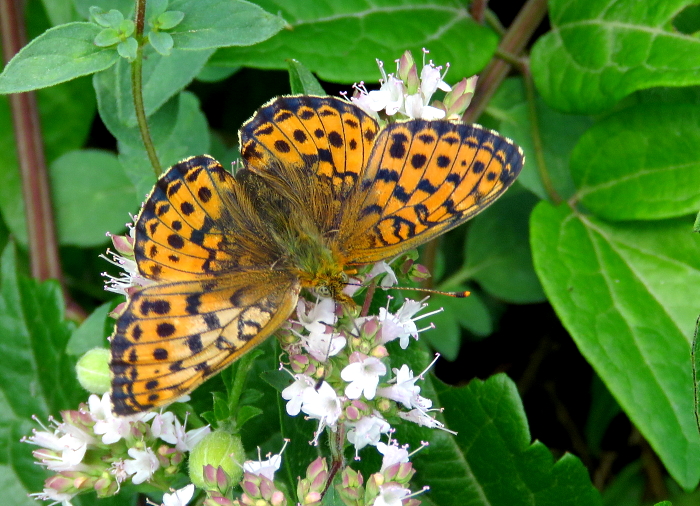 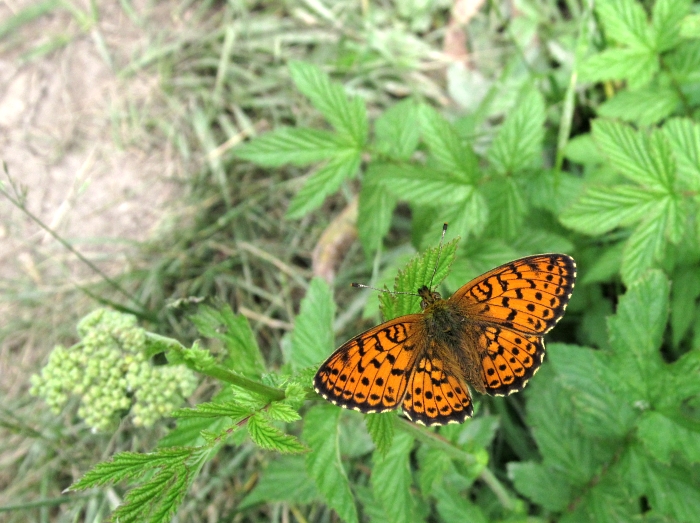 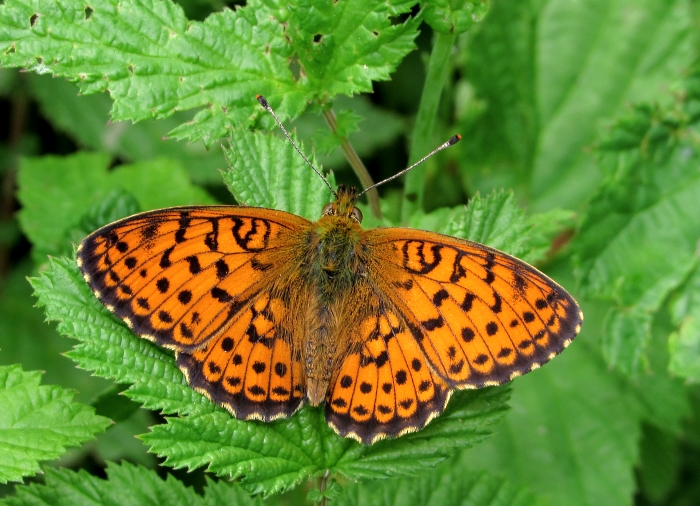 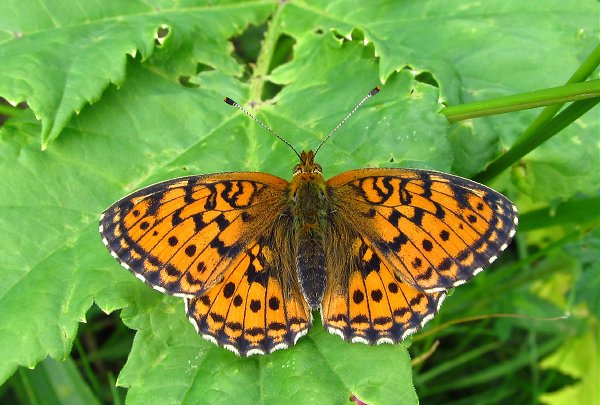 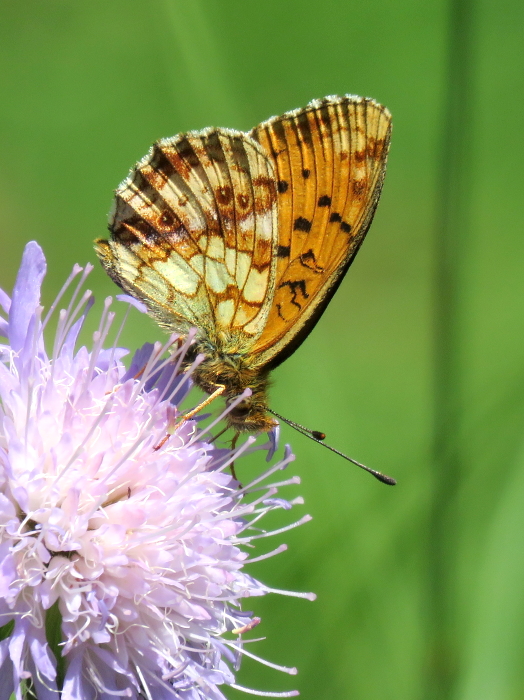 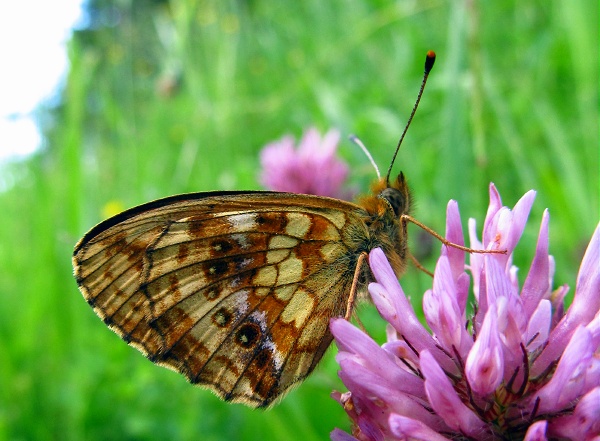 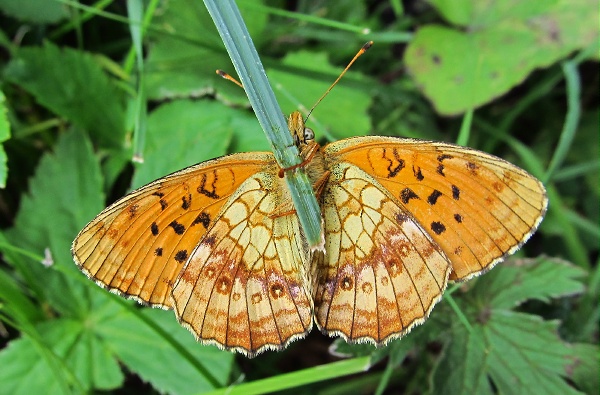 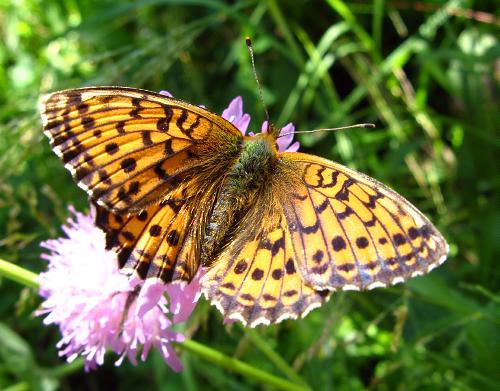 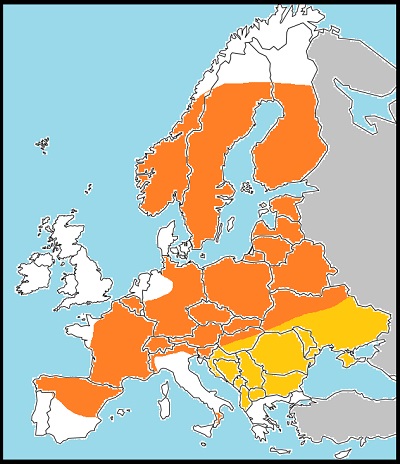 Distribution - populations in the yellow region are very scattered and local

Closely related to the marbled fritillary, this is a very different butterfly. It is found in damp meadows and hillsides where its foodplant, meadowsweet, grows in abundance, flying in a single brood in June and July. It is a rather local species, though often common where it flies. I am lucky to have several thriving colonies in my local region of Switzerland.

Both sexes are slightly more yellow or straw-coloured than the marbled fritillary, which is typically bright orange. They are also noticeably smaller. The dark margins on the upperside are more complete, especially in the female, and the impression is of a smaller, darker butterfly. A very useful diagnostic feature is the yellow spot at the base of s.4 - the space beyond the end of the cell - on the hindwing underside. In the marbled fritillary, this is partly suffused reddish brown. In lesser marbled it is entirely yellow.

The main foodplant is meadowsweet but it will take bramble and greater burnet too. The main site where I see it in the Val d'Aran abounds in greater burnet and this is probably the foodplant there. In my local part of Switzerland it flies in association with meadowsweet but elsewhere in the country I have found it sharing its habitat with dusky and scarce large blues, at sites where there is a lot of greater burnet.. It hibernates as an egg or small caterpillar and feeds up when the fresh meadowsweet begins growing in the spring.