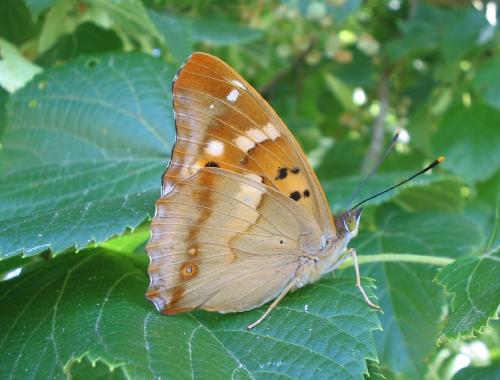 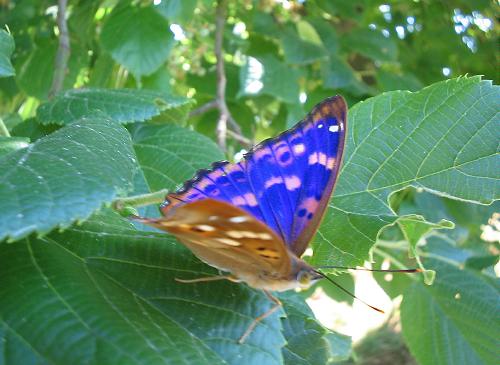 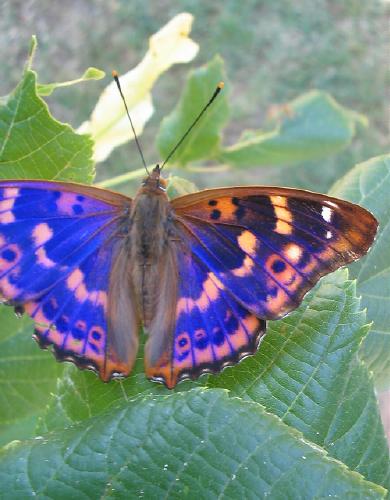 Here, the butterfly was at eye-level and I took the picture without seeing what I was taking... 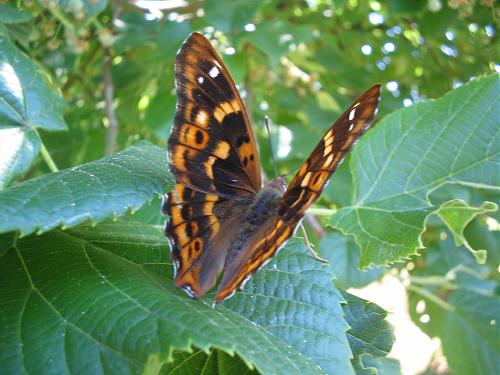 This is the same butterfly from a different angle 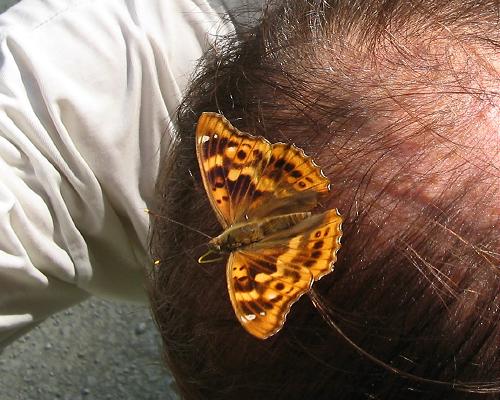 I took this picture without seeing what I was taking too!!
I regret to say the head is mine.
This was in France, in July 2006. 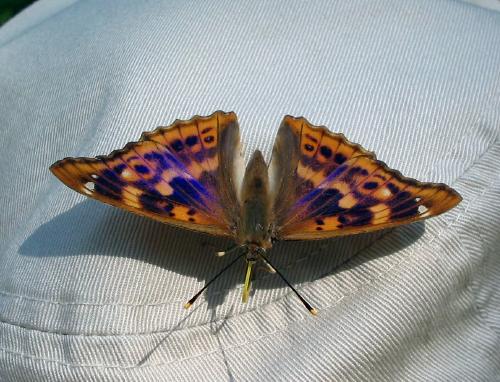 This one landed on my father's hat 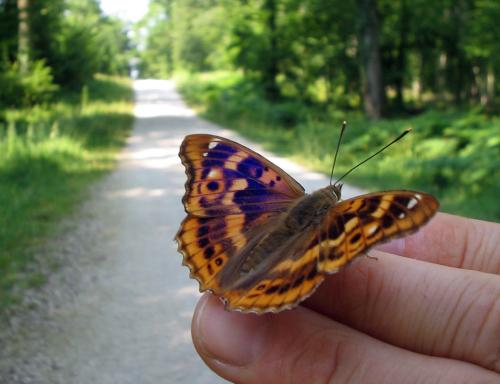 Lesser purple emperors are very docile. This and all those above are form clytie 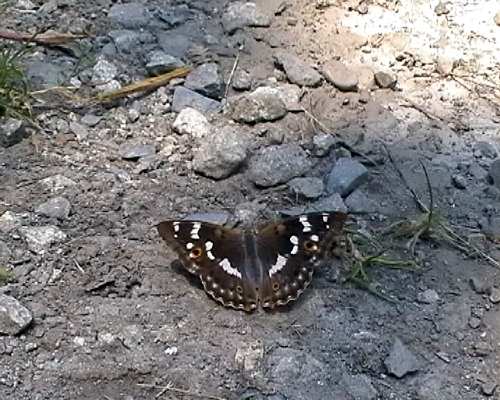 This is a female of the 'normal' form, taken with a video camera in 2002 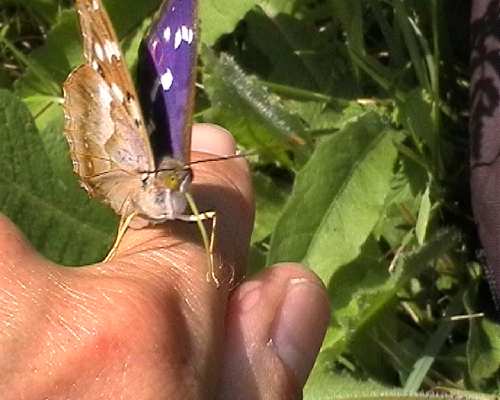 This is a male of the 'normal' form, also taken in 2002 with a video camera 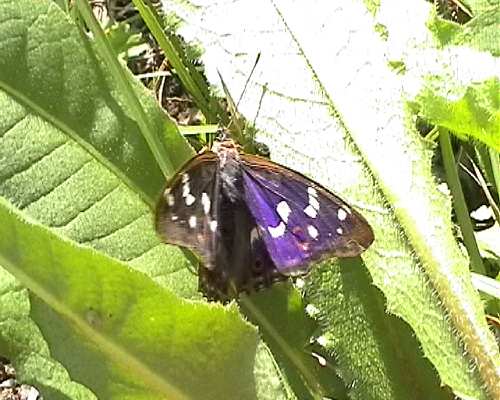 The so-called 'normal' form of the lesser purple emperor is very similar to the purple emperor, separable by the underside pattern and by the extra eye spot on the upperside of the forewing. In most places I visit, however, the form clytie is generally commoner, if not the only form present. This form has more extensive pale markings on the uppersides and they are yellow/buff, not white.

Like purple emperors, this species is attracted to sweat, carrion, dung and anything sufficiently putrid. In 2006 I came across a group of several all feeding on carnivore droppings in a ride. On my arrival they all got up and seemed to attack me - though in reality they were attracted by my sweat and wanted to settle on me. No fear at all!! The first three pictures above were taken at a different site in France, next to a motorway conveniences! The butterfly was guarding his feeding spot carefully from a tree, occasionally descending to swoop into and out of the ladies in particular, but also the gents.... It wasn't easy to get pictures of him with all the people going in and out.

Unlike purple emperors, which are generally seen singly (away from the master tree), lesser purple emperors frequently gather in some numbers to feed. My impression is that they are commoner than purple emperors though the different behaviours might have something to do with this. They are glorious butterflies, whatever!