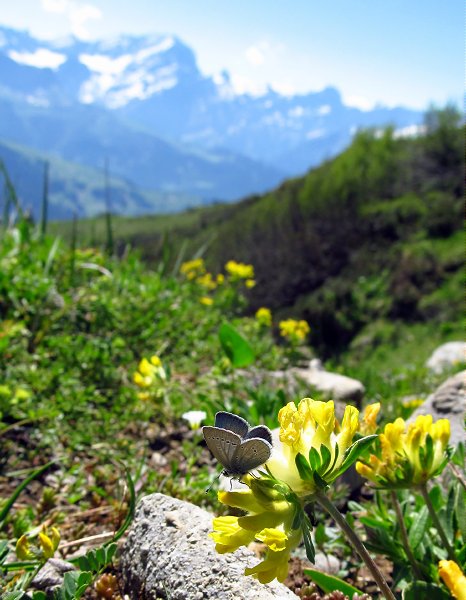 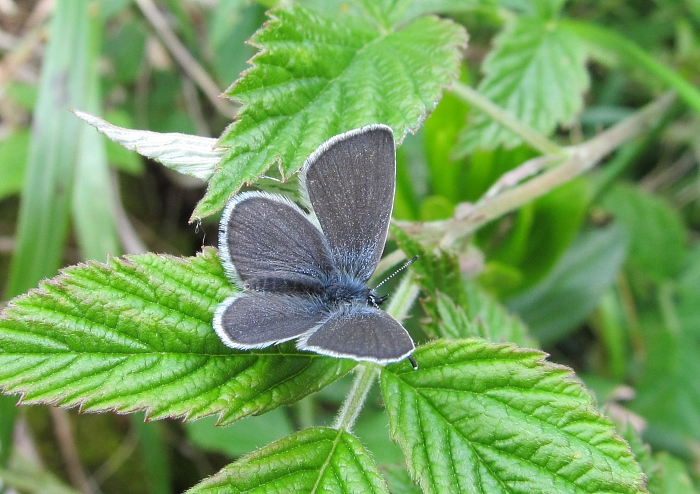 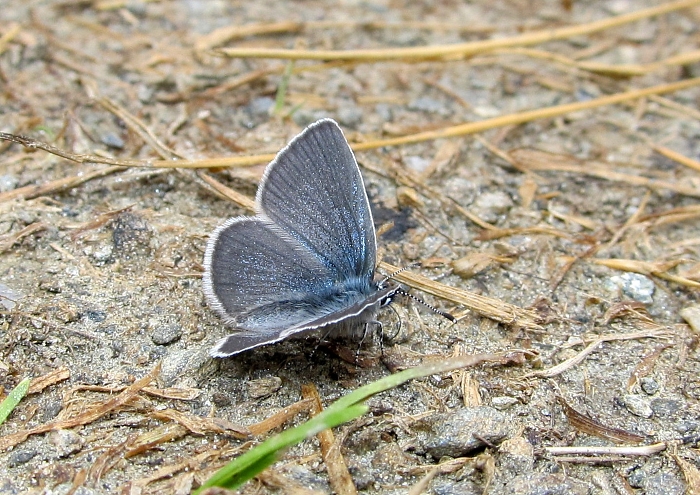 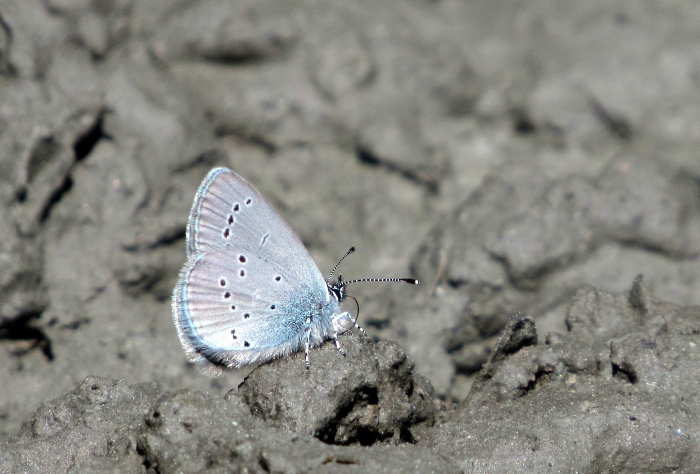 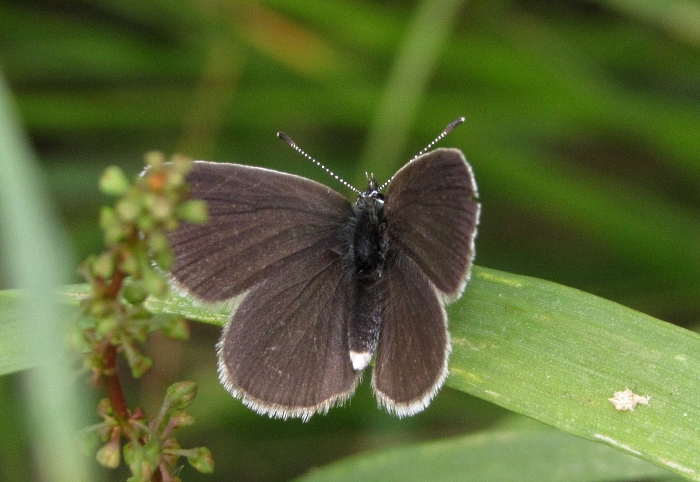 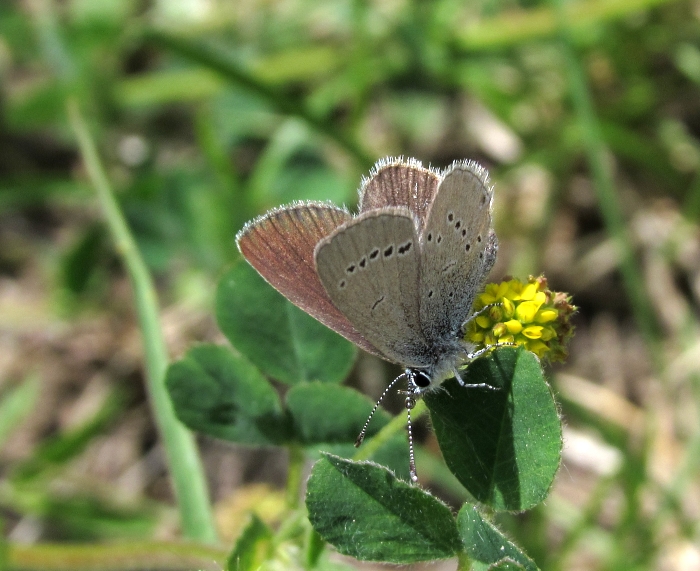 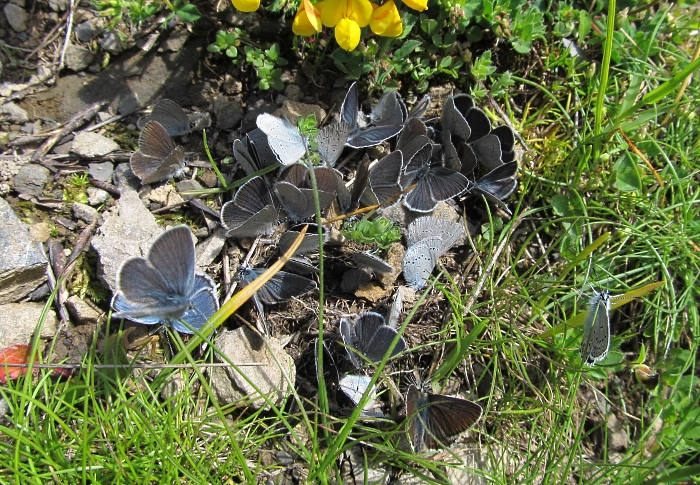 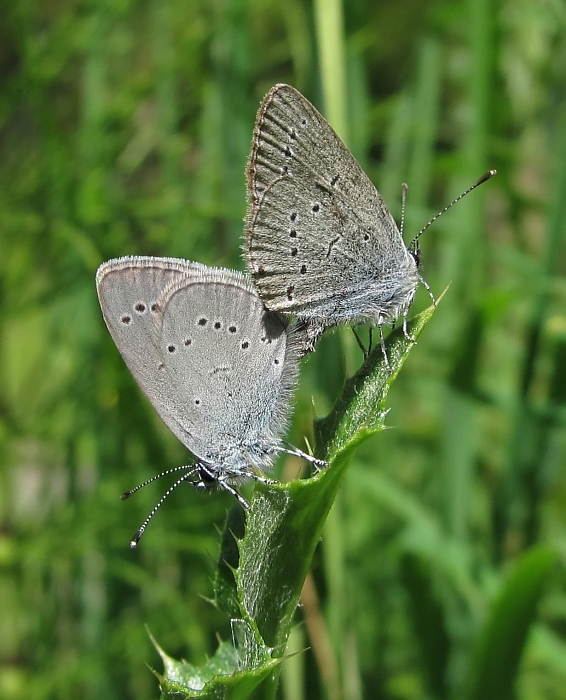 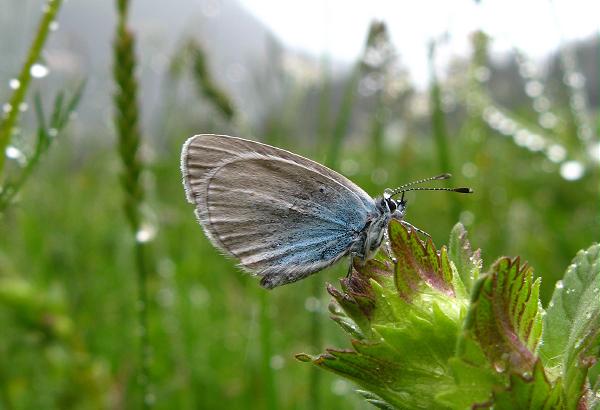 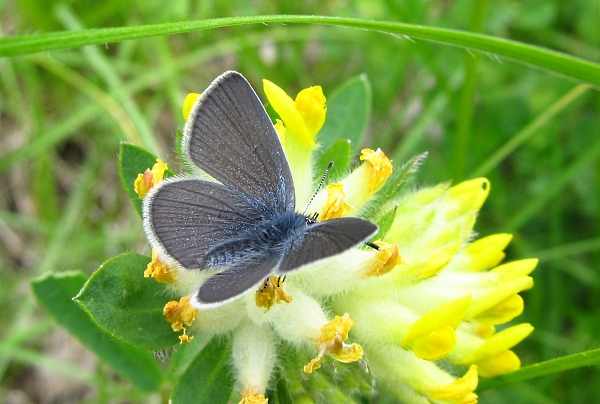 Male on the hostplant, kidney vetch, Switzerland, May 2012 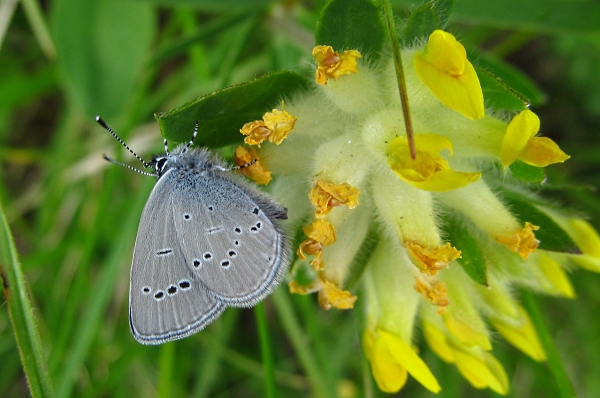 Male (I think) on the hostplant, kidney vetch, Switzerland, May 2012 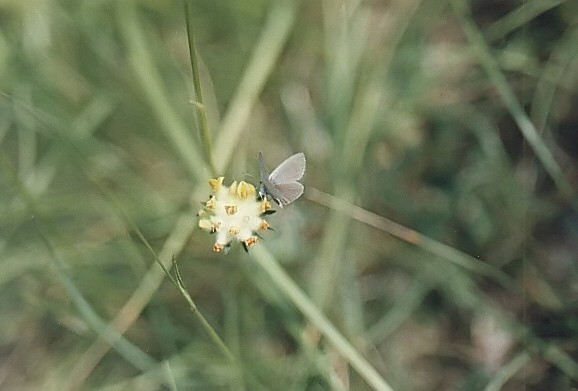 A male little blue on the larval food plant, kidney vetch, on the South Downs of England 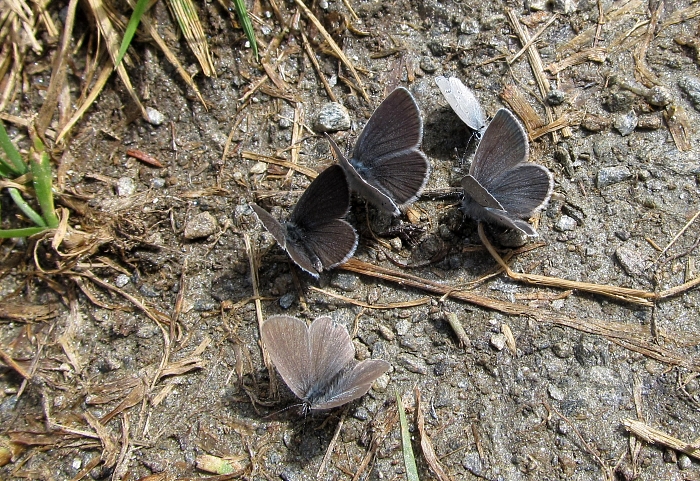 A cluster of little blues in Switzerland, August 2014 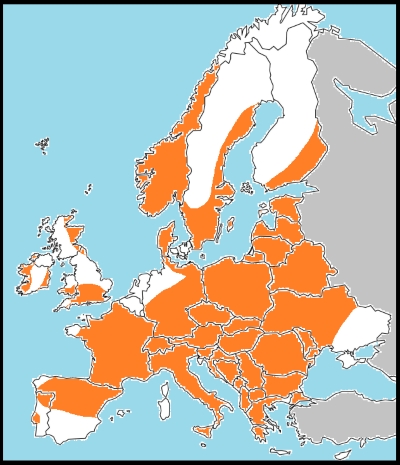 In most of Europe this is by far the commonest and most familiar Cupido blue, found almost anywhere its foodplant, kidney vetch, grows. In alpine regions it may gather in groups of hundreds at mud on mountain tracks, or where a streamlet crosses the path. It is mostly males that are seen in these congregations, and indeed, females are generally more retiring, preferring to spend their time among vegetation. That said, its favoured habitat is absent from large parts of some countries and its actual distribution is more patchy than the map above might suggest. In southern Spain it is replaced by the very closely related Carswell's little blue, Cupido carswelli and Lorquin's blue, Cupido lorquinii.

Males are easy to identify. They are generally very small (though beware, you do occasionally come across quite large individuals in the Alps) and a dark, greyish brown colour above, with a sprinkling of silvery blue scales in the basal parts of the wings. Beneath, they are whitish, with white-ringed black spots and no orange at all, nor even a hint of a tail. No other male blue looks similar. Females are harder to separate from their close relatives, but except in the case of the Osiris blue this is not a problem because there is no geographical overlap. Lorquin's blue only occurs in southern Iberia and Carswell's only in southern Spain, in both cases where little blue does not fly. Female Osiris blues are generally bigger and often have some blue scales - always absent in little blue. There are also subtle differences in the disposition and shape of the underside spots - often slightly elongate towards the inner margin of the forewing. It is always worth looking for males to confirm the presence of little blue or Osiris blue. These are rarely hard to find if there is a colony present.

Eggs are laid in the flowers of kidney vetch, into which the caterpillars burrow as soon as they hatch. They spend the rest of their larval lives here, eating the florets and seeds, before moving off to other leaves or vegetation to pupate. In much of Europe the species is double brooded, flying from April or May until late summer. At high altitudes and in the north it is single-brooded, on the wing in May and June. It hibernates as a pupa.