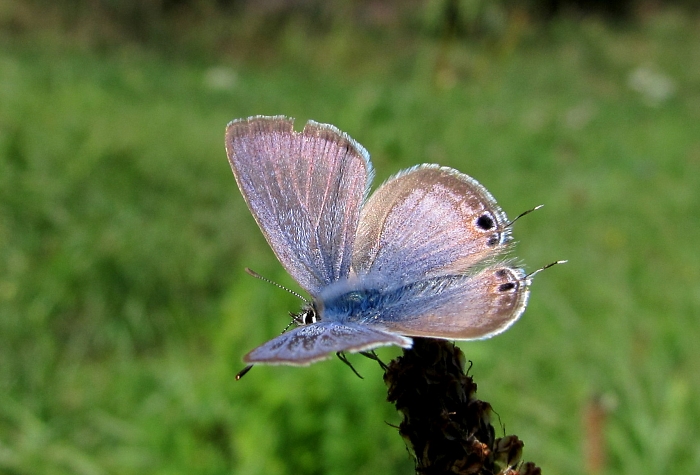 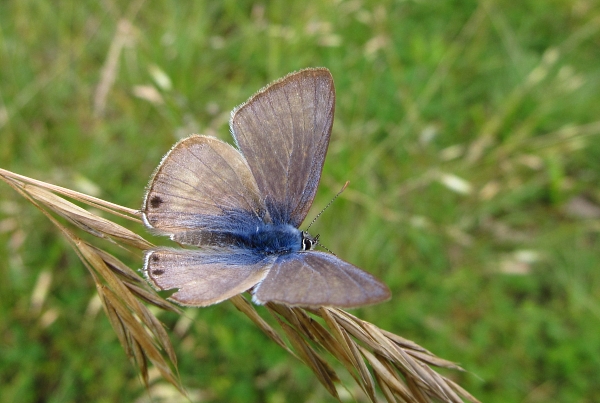 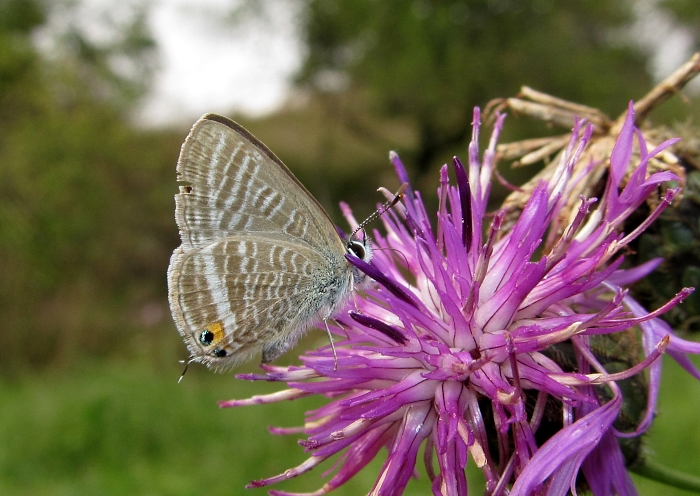 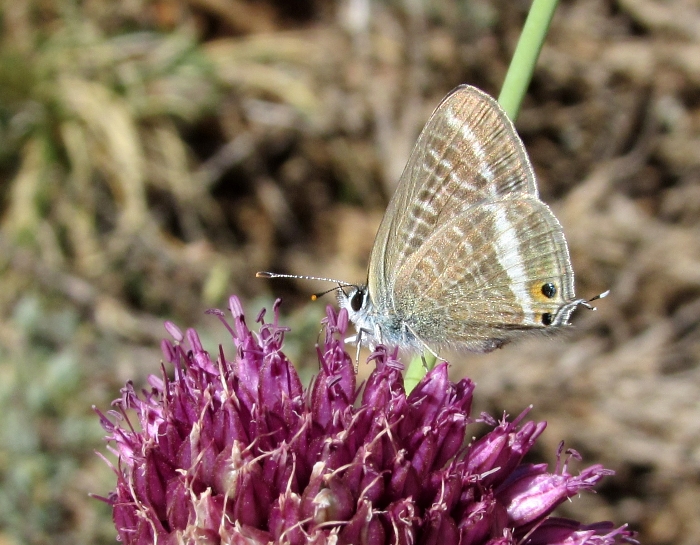 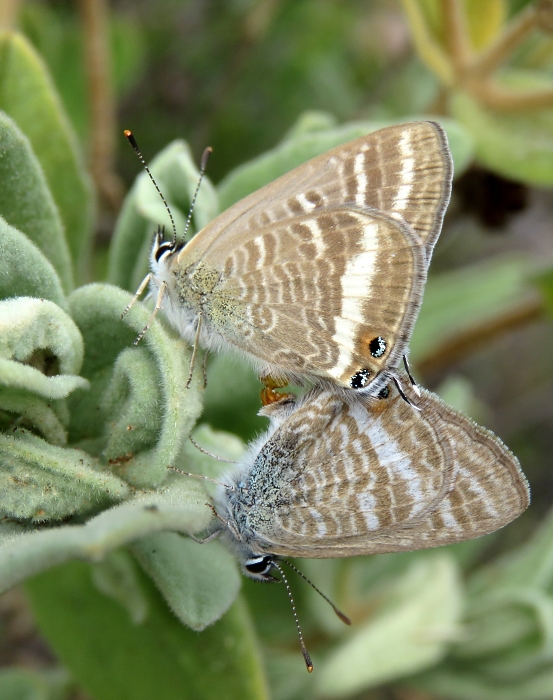 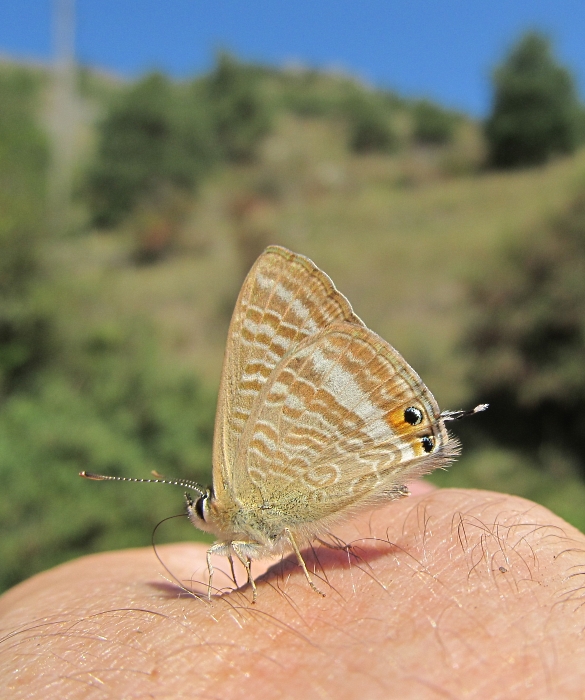 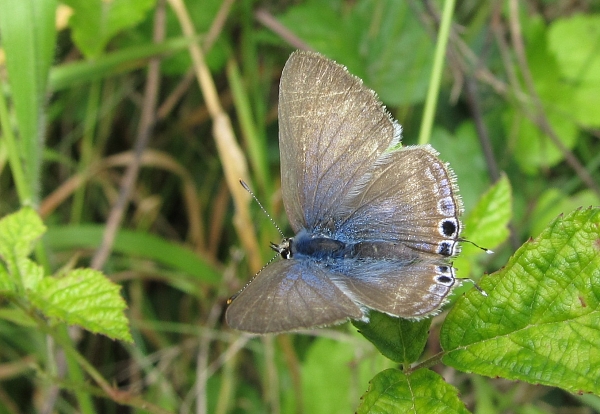 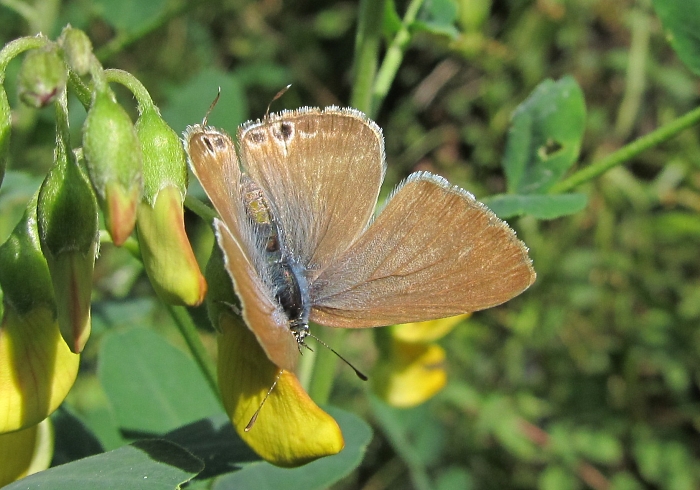 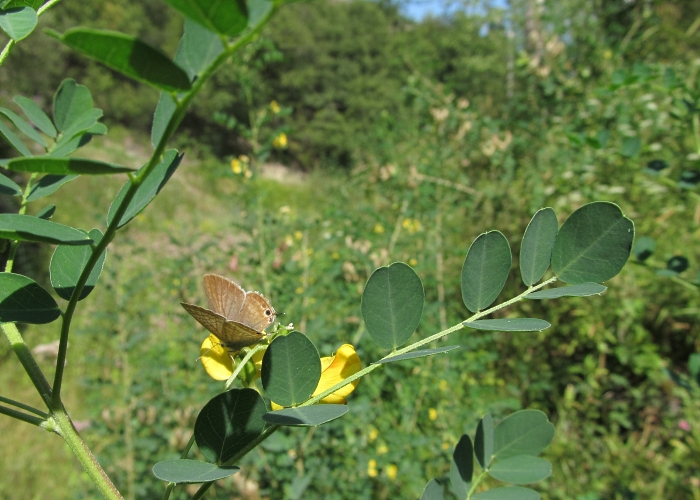 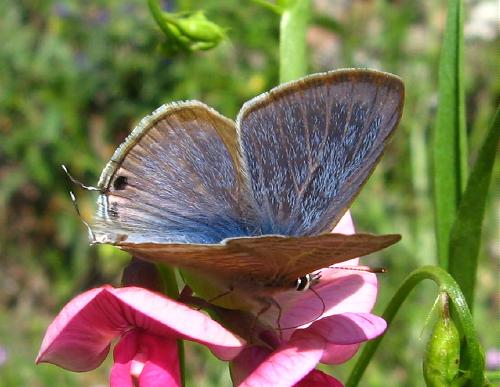 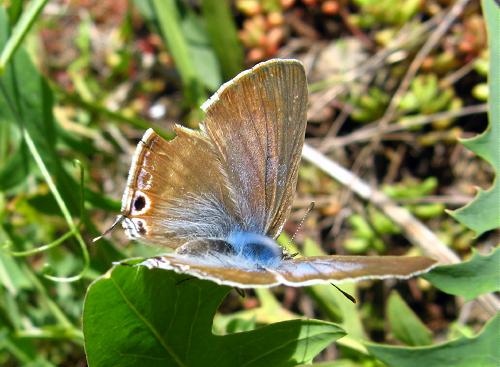 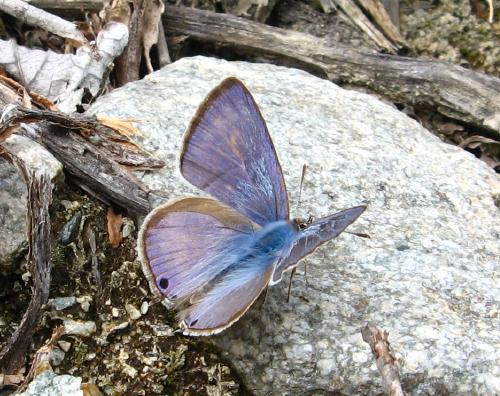 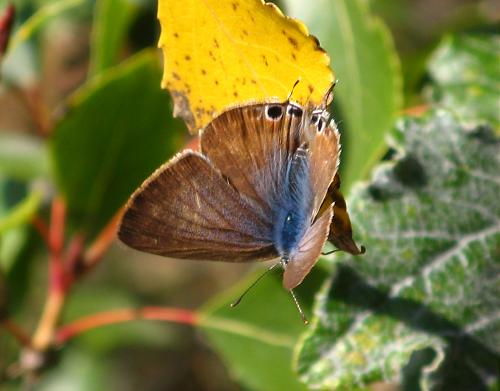 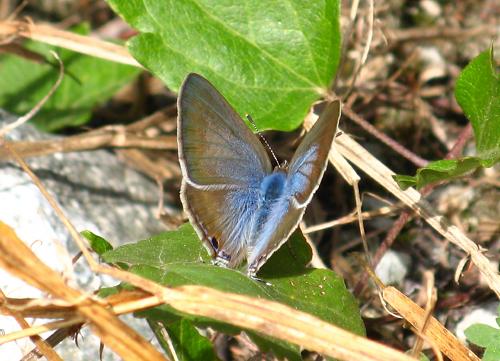 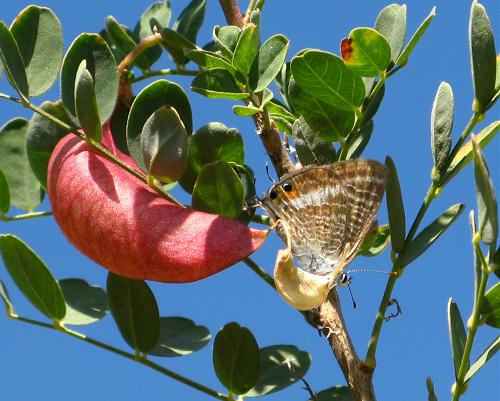 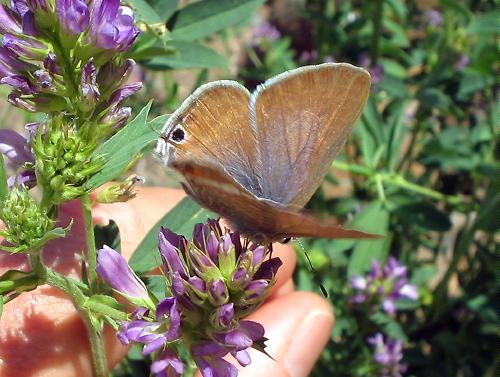 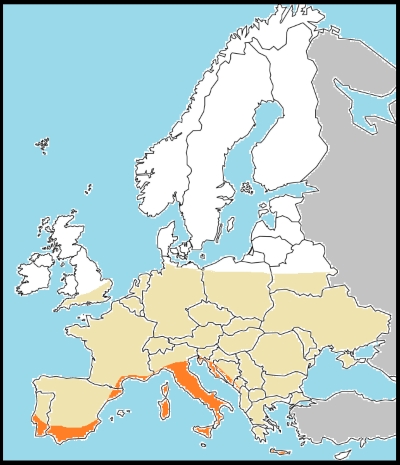 In Europe, this butterfly is probably only properly resident around the Mediterranean but it is a remarkable migrant and may be found across a far wider area by late summer. I know an alpine meadow in Switzerland, with bladder senna bushes, where it is found every year from July to September. Somehow they always manage to home in on exactly the same spot! Long-tailed blues can be found in most of France most years but less commonly cross the Channel, making this a very rare butterfly in the South of England. As with painted ladies, there are some irruption years when it reaches the UK in numbers - most recently 2013 - but generally it is a very special thing to see in Britain. On a larger scale, this is one of the commonest butterflies in the world, being found all over the Old World from Portugal to Australia. I have photographed it in India, where it is known as the pea blue.


Both males and females are easily identified by the tail on the hindwing, the white wedge on a lined underside and the very fast, twisting flight which can be recognised at considerable distance once your eye is in. The only similar European butterfly is Lang's short-tailed blue, another Mediterranean butterfly. The undersides are quite distinct, as are the female uppersides - Lang's short-tailed blue females have distinct dark discal marks on the forewings - but the male uppersides are easily confused. The long-tailed blue, however, has much more obvious dark eye-spots by the tail.

One can come across the long-tailed blue almost anywhere but in high summer it does tend to hang around various pea species, the males defending territories in grassy meadows nearby while the females spend most of their time on the peas. In Switzerland the hostplant of choice is bladder senna. When males meet - which happens a lot as they seem to hunt each other down - they immediately zoom into the sky, locked in combat until lost from view. One or both of the males then invariably returns to the same patch it was defending before the incident. Because several of its hostplants are common in parks and gardens, this is a species you are likely to come across in urban settings - even in big cities. I regularly see it in Barcelona. There is no real diapause so it is unable to overwinter where the foodplant is not continuous. I am not sure if there is any autumn southward migration, comparable to that of the painted lady.