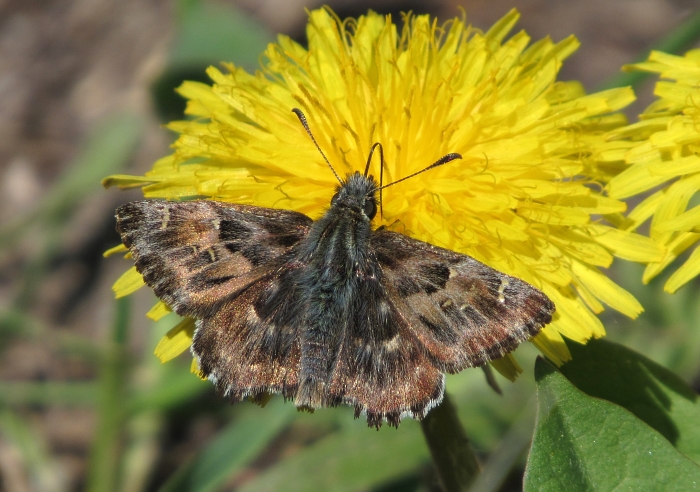 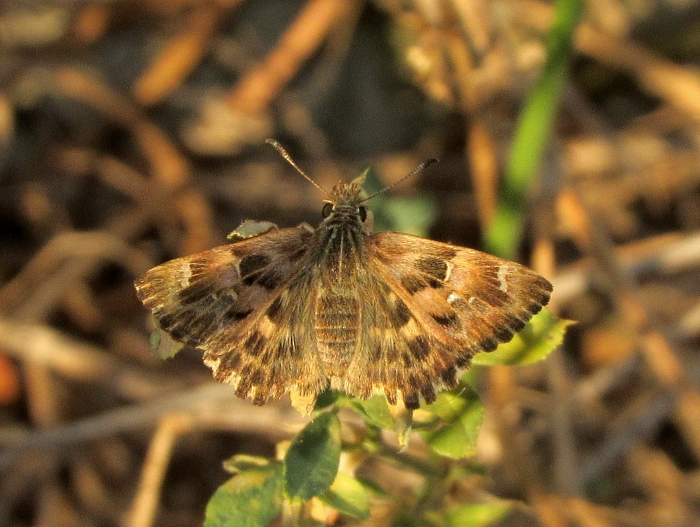 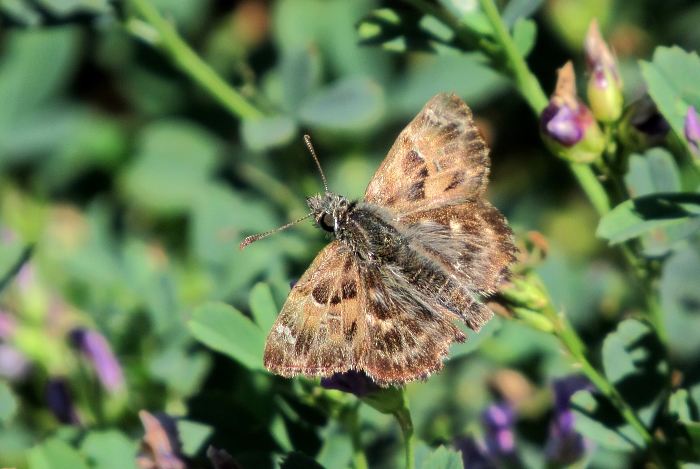 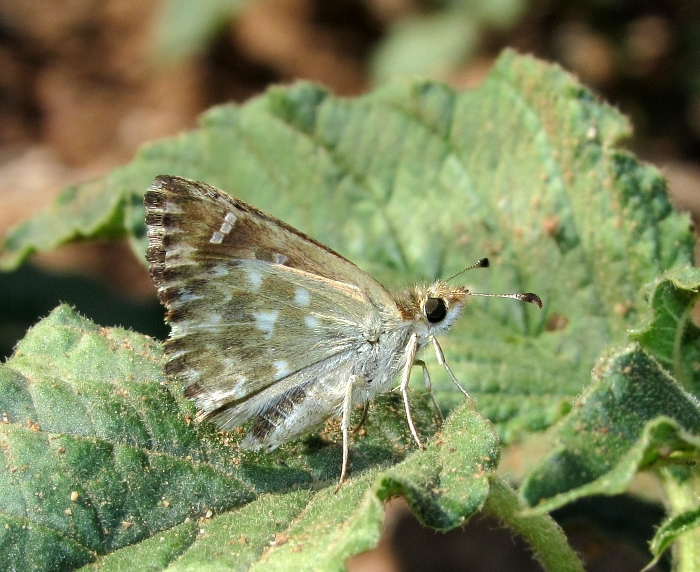 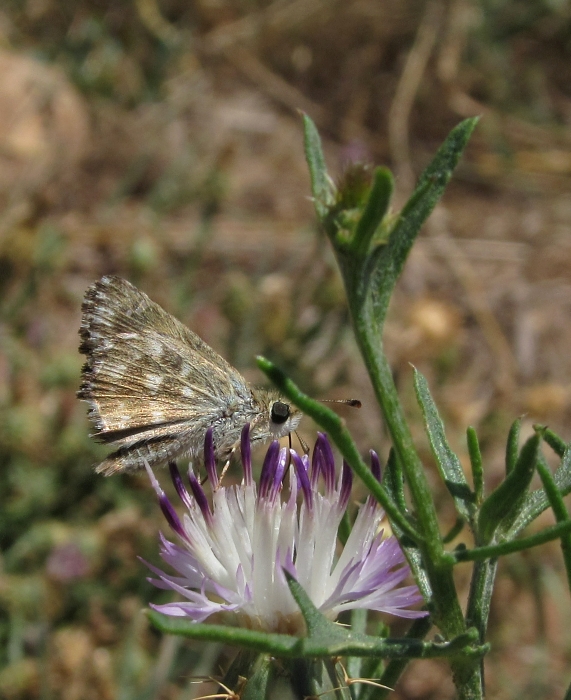 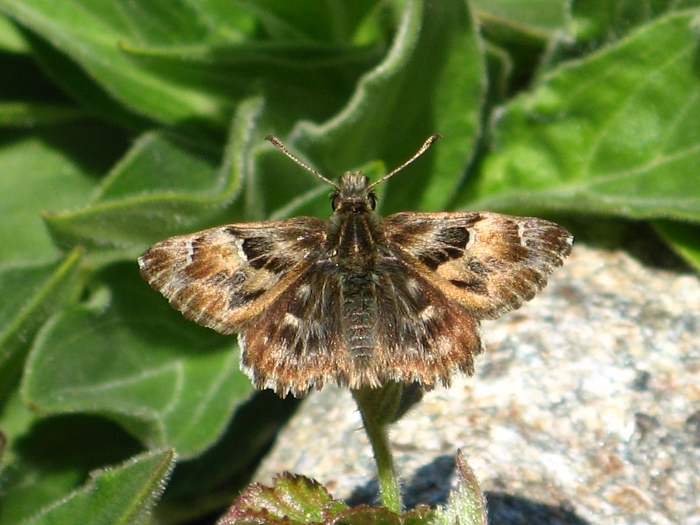 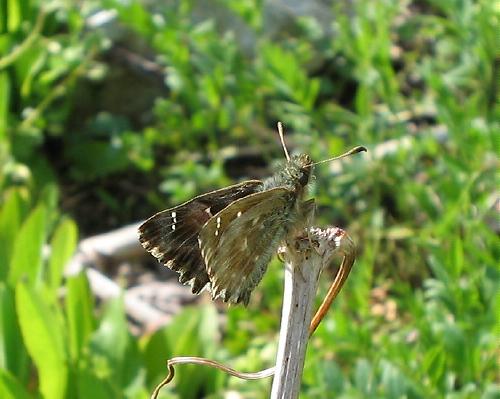 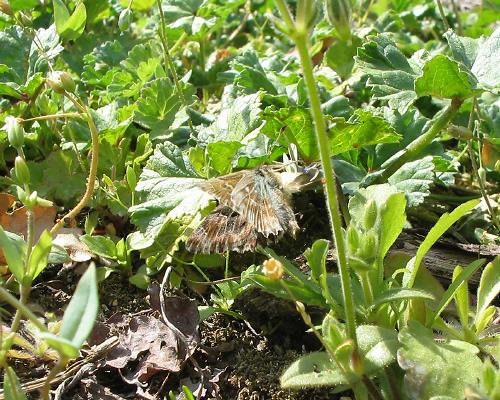 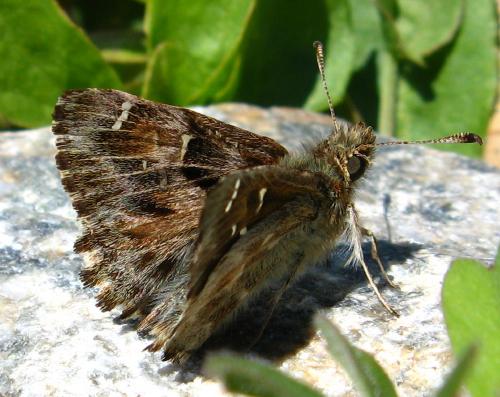 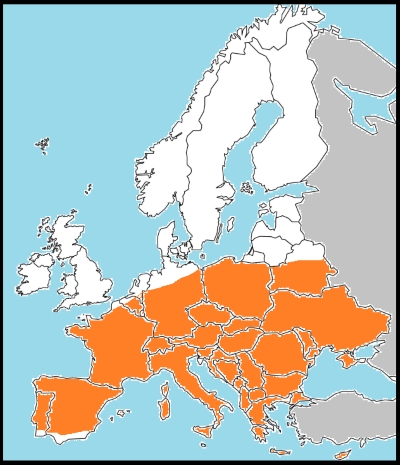 
This is the most widespread and generally the commonest of the Carcharodus skippers, or marbled skippers. It is found in any kind of open country, from meadowland to dry rocky scrub, providing its foodplants - various species of mallow - grow in plenty. It is absent from Britain and northern Europe and replaced in North Africa and the far south of Iberia by the indistinguishable (in the field) false mallow skipper, Carcharodus tripolinus. This was long considered a subspecies of mallow skipper but is now usually recognised as a good species. The genitalia are distinct.

Although very variable, the mallow skipper is quite easy to recognise (except on the boundary where its range meets that of its almost identical sister species). The mother-of-pearl discal and post-discal markings on the forewings are rather narrowly linear, rather than broad as in most other Carcharodus butterflies and the underside is a more or less uniform olive to brown with large, somewhat ill-defined spots. The upperside of the hindwing also sports white spots, which may be prominent, indistinct or vestigial. The best approach is to treat this species as the Carcharodus default and note the features that characterise the other species. In central Europe it may fly with marbled and tufted marbled skippers, both of which have distinctive colour patterns (bright and variegated, and chocolate and grey, respectively). More locally, in southern Europe, confusion may arise with the southern marbled skipper, Carcharodus baeticus. The white spots on the underside of this latter species coalesce into bands, linked transversely by white veins, giving a reticulate pattern. Further east, in the Balkans, there are two more species, the eastern marbled skipper, Carcharodus stauderi and the oriental marbled skipper, Carcharodus orientalis.

The mallow skipper flies in three or more broods from early April or even March until the autumn. The mature larvae of the last brood construct hibernacula of dead leaves held together by silk in which to pass the winter.