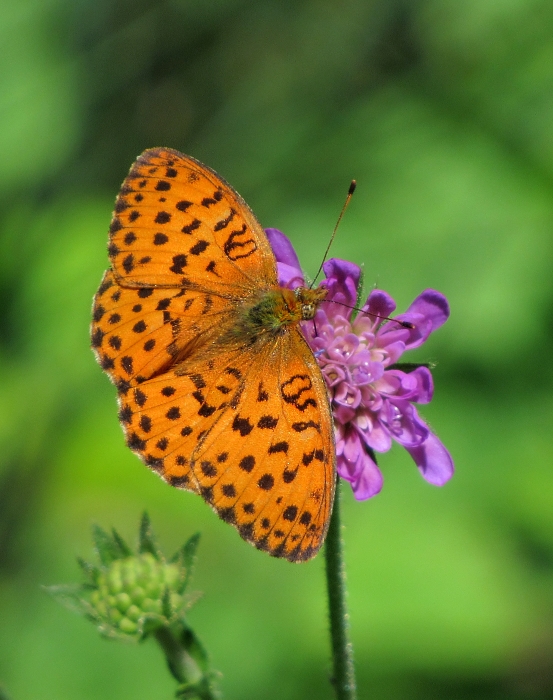 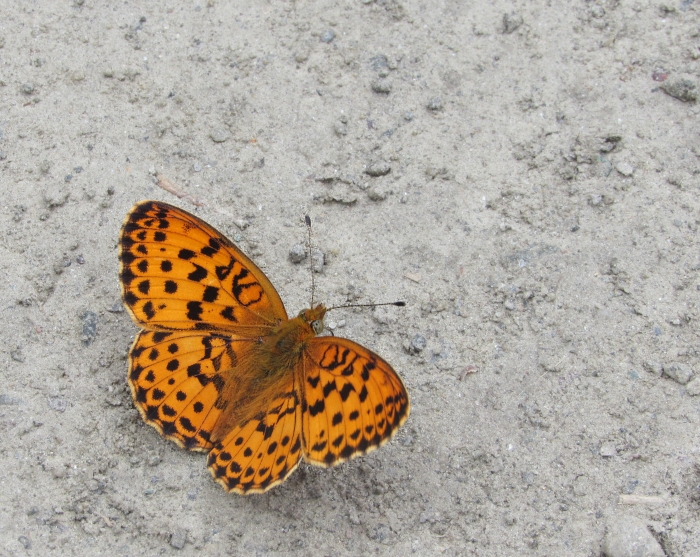 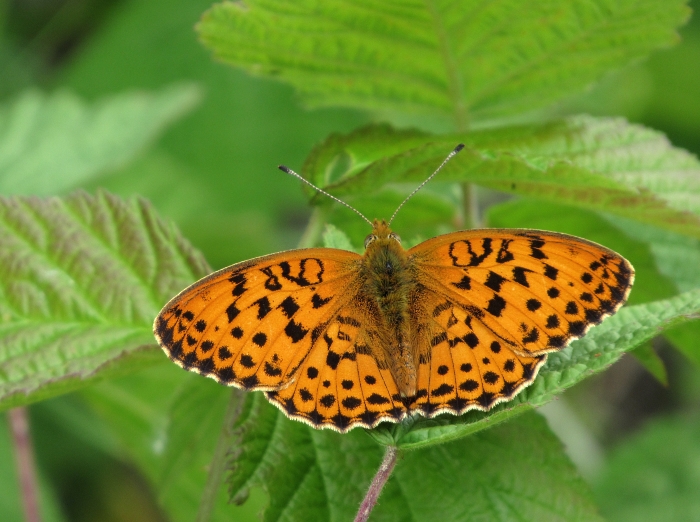 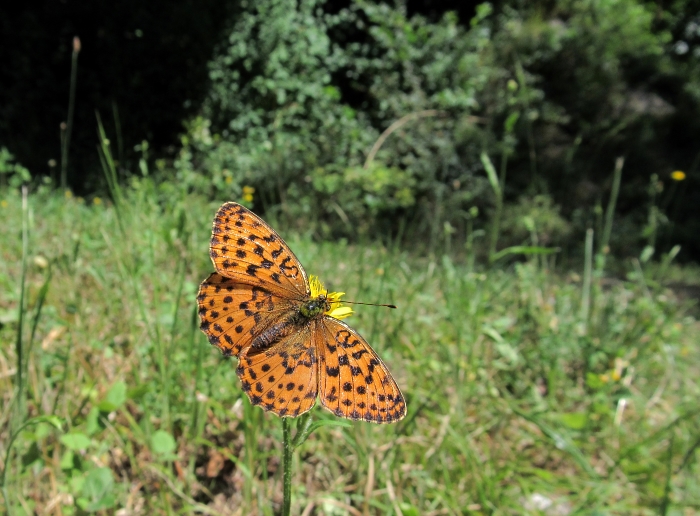 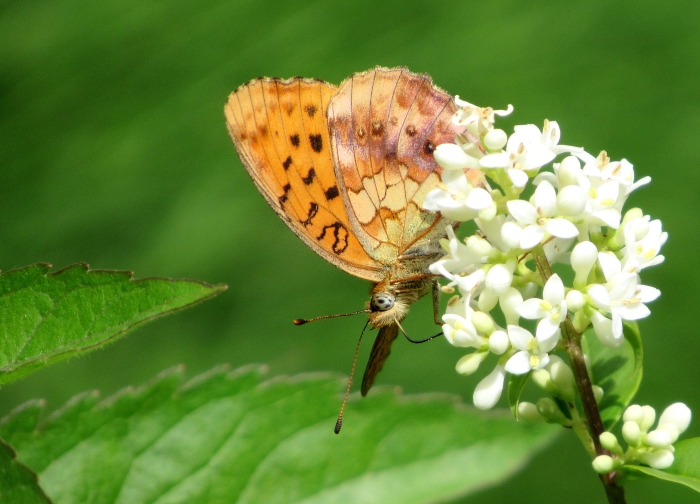 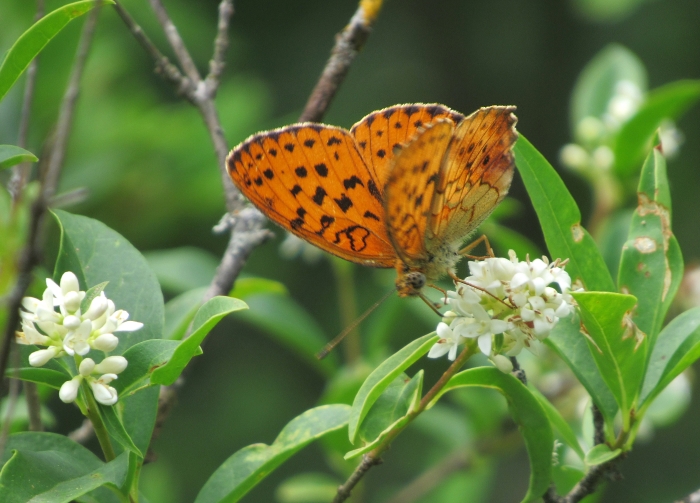 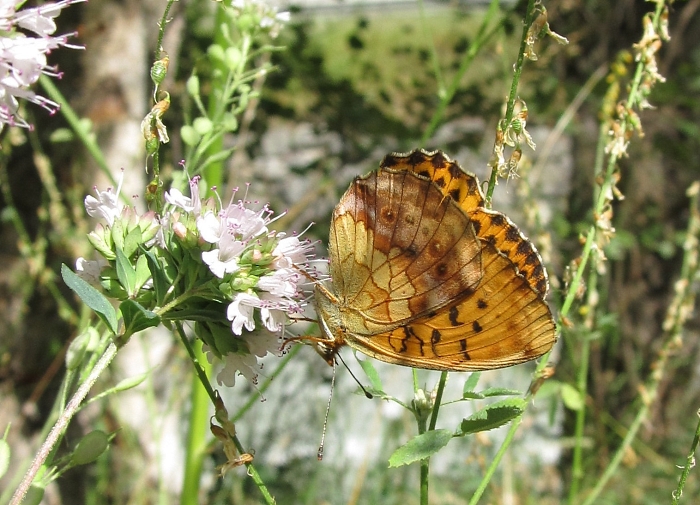 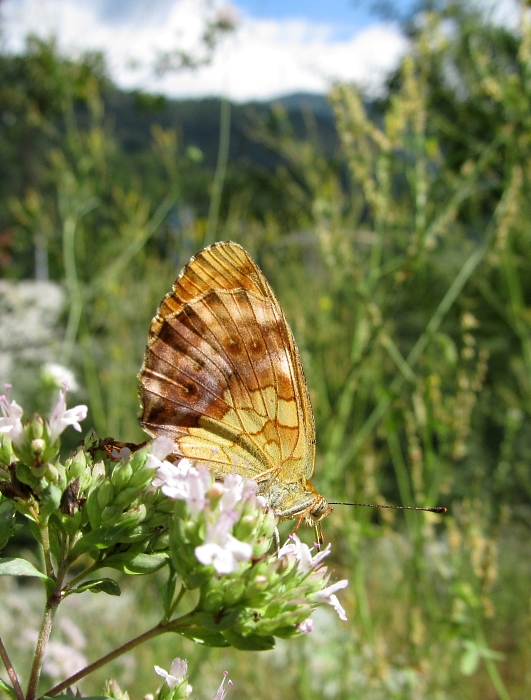 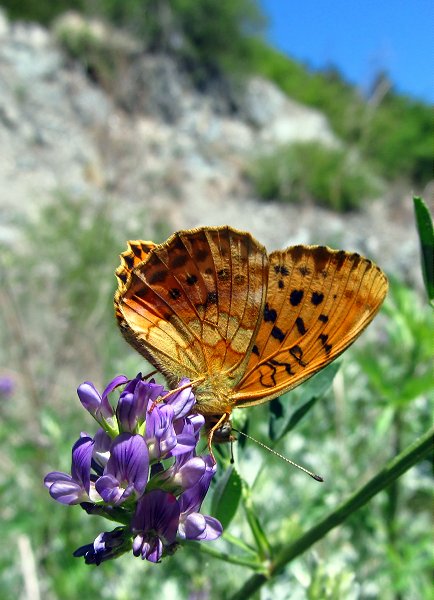 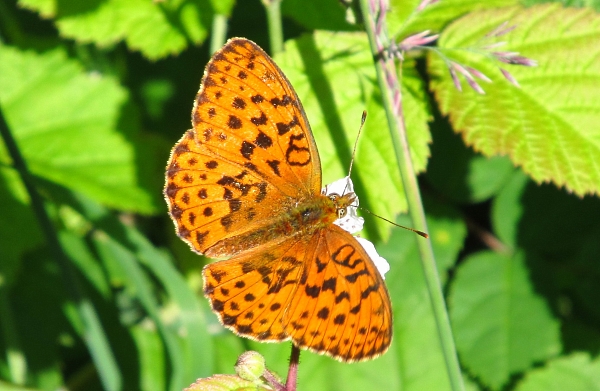 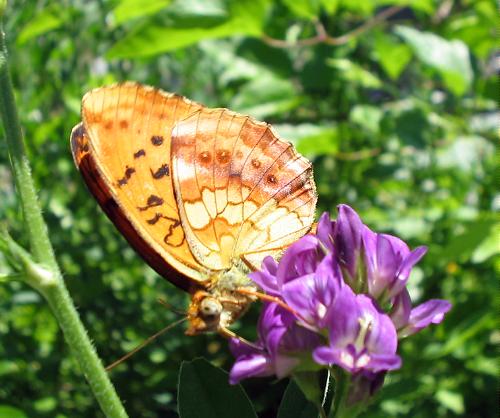 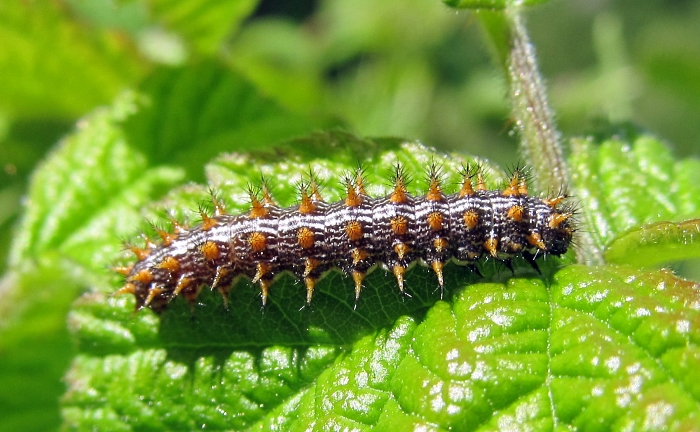 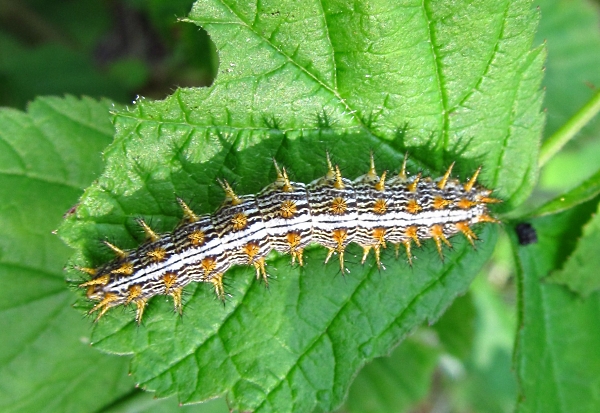 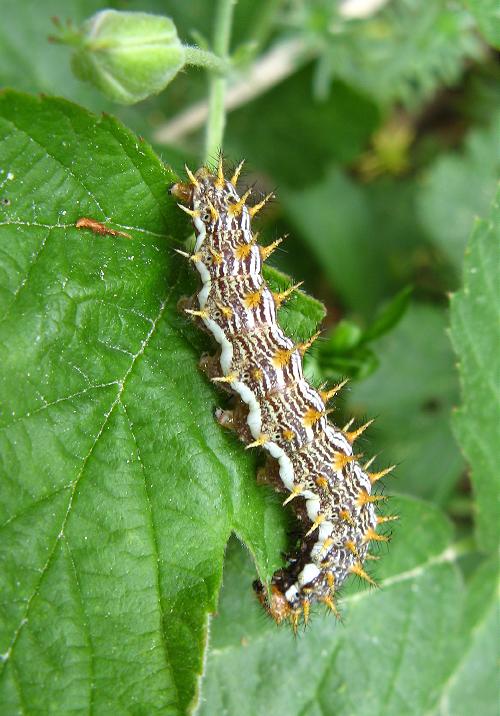 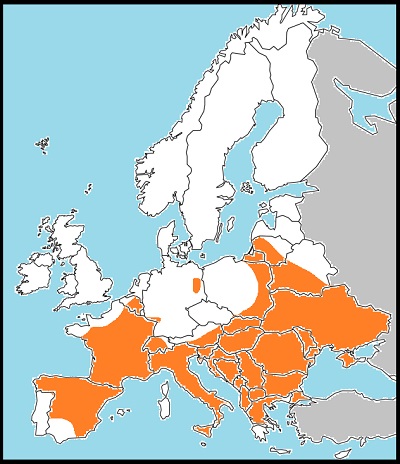 
This is a common butterfly in much of central and southern Europe, but a strangely difficult creature to photograph. It seems constantly to be on the move, twisting around a flower head as it nectars or walking impatiently over leaves. Its habitat is woodland where brambles grow and it is rarely to be seen very far from brambles. In April and May the distinctive, caterpillars, with a double white stripe along the back and a single, broad white stripe on each side, may be found on leaves of the hostplant. Adults fly in a single brood from late May through to August. The species spends the winter as an egg or small caterpillar.

In appearance, it is a largish, rather orange fritillary, with a bright, open feel and broad, rounded wings. The marginal borders on the upperside are spotted, with shadows between, rather than continuously dark like those of the lesser marbled fritillary. The underside hindwing has yellowish spots towards the base and marbled violet hues in the postdiscal region. The spot at the base of s.4 - that is, just beyond the end of the cell - is yellow, suffused with reddish brown as if leaking in from the outer half of the wing. In lesser marbled fritillary this spot is completely yellow.