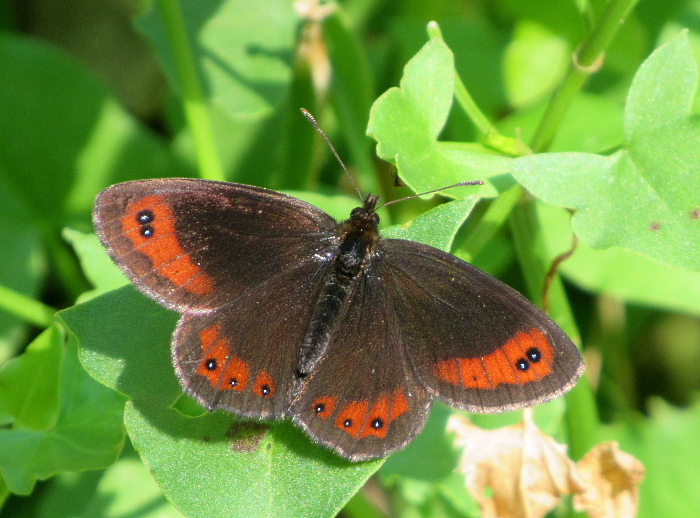 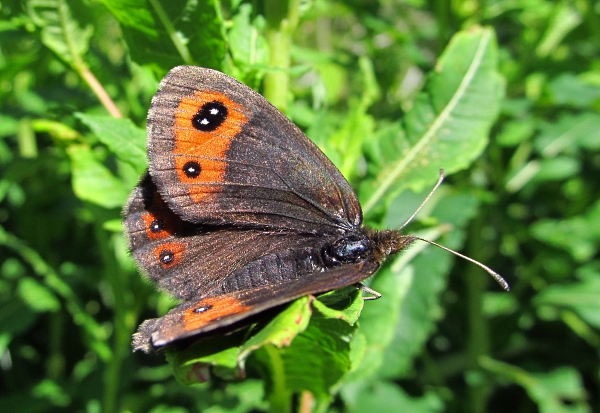 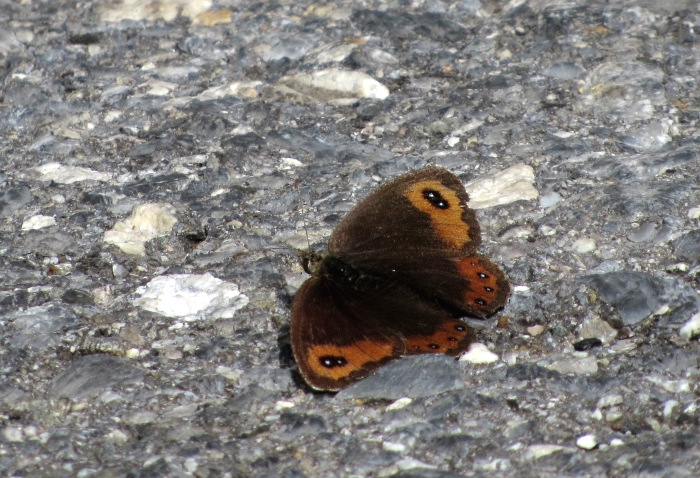 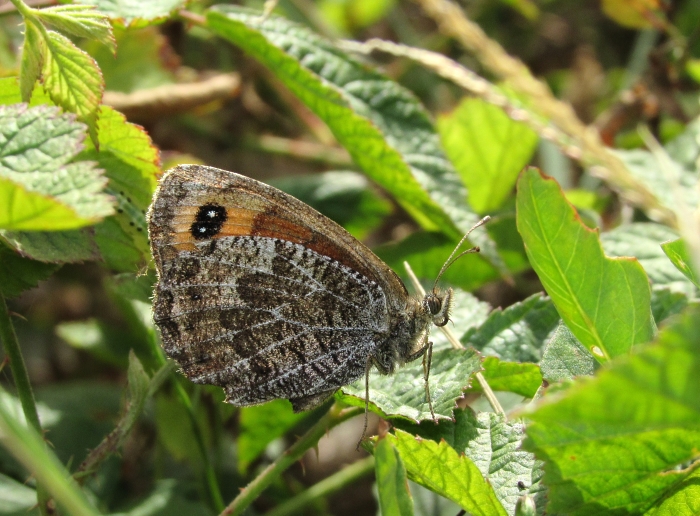 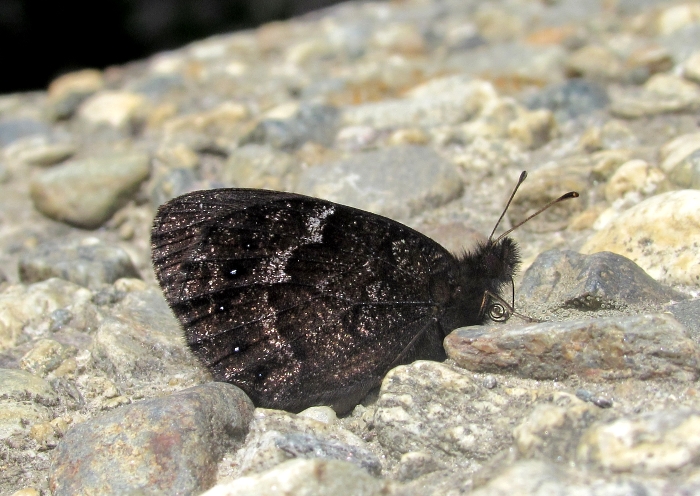 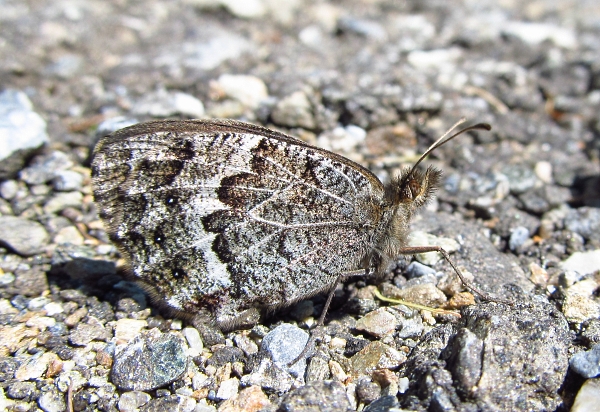 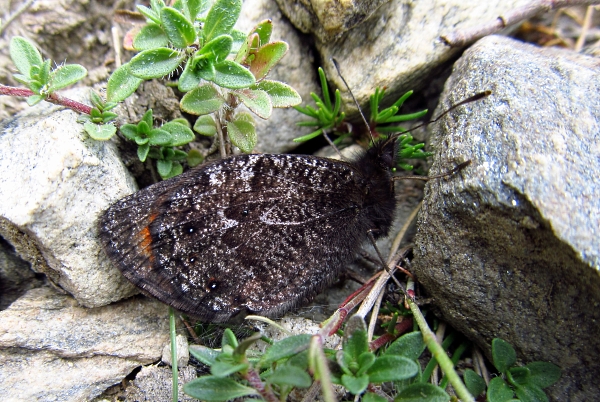 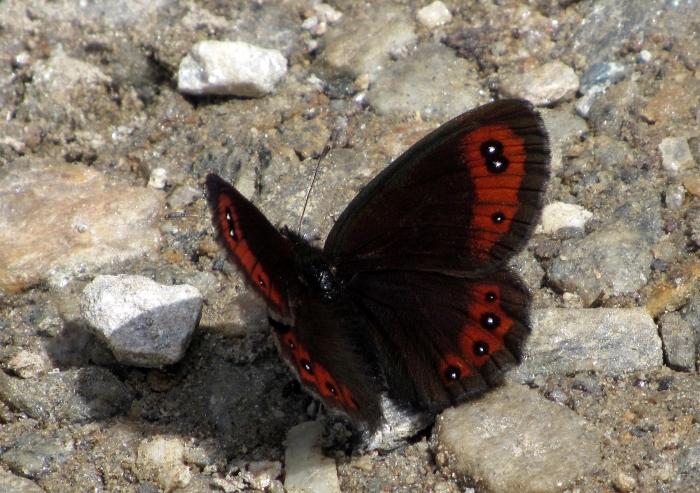 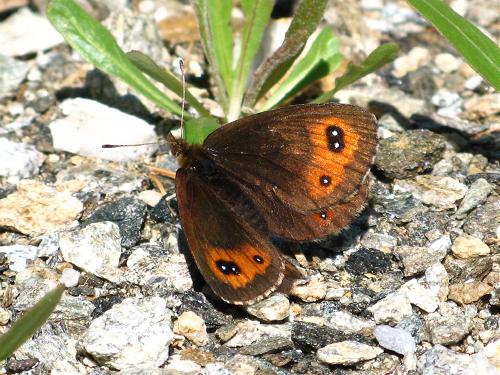 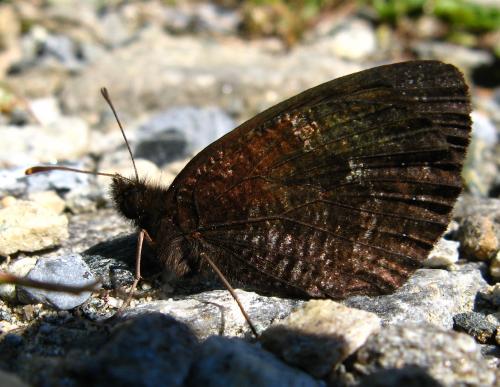 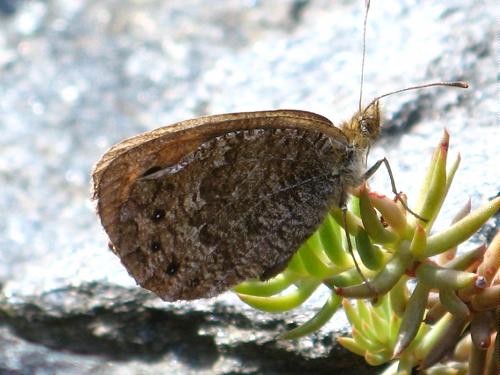 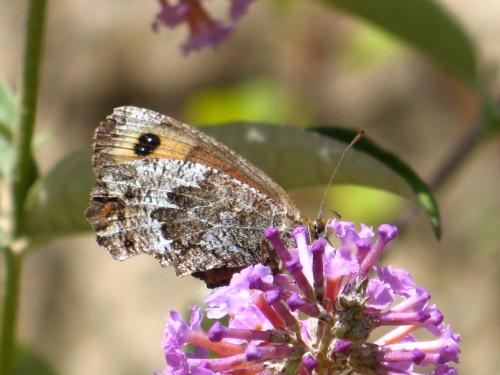 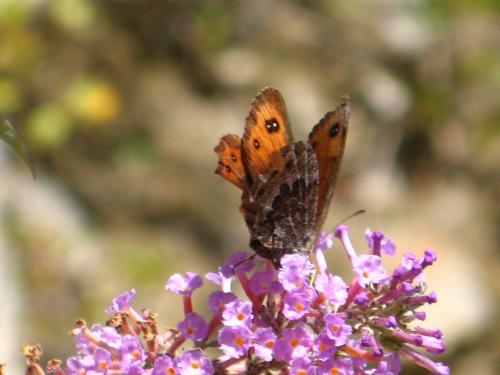 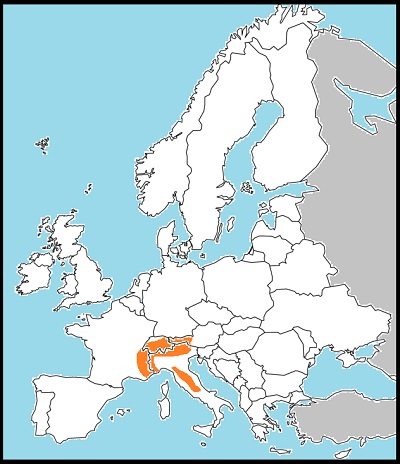 This is a common late-summer butterfly of grassy, alpine meadows and steep, rocky slopes. The books say it flies from 1100m but one of my most regular sites, where landslips bring earth and rocks down from higher up, is at about 600m. I find it particularly commonly in eastern Valais but it is something you are likely to come across pretty much anywhere in the Alps. There are also a few scattered colonies in the Apennines. In Switzerland, the species always flies into September and often into the beginning of October in the Rhōne Valley.

Males are velvety dark above with a characteristic, tapering red band containing two white-pupilled apical spots and usually a third spot further down. The hindwing sports a red band containing three or four white-pupilled spots. The female is similar but the forewing band is much broader, making her look quite unlike anything else, and the ground colour paler. The underside hindwing of both sexes is roughly marbled white on grey (female) or black (male), with the veins often highlighted in white, especially in the female. The fringes of the female are chequered. The outer limits of the red bands, especially on the hindwing, are often flat or concave, giving them a distinctive, undulating appearance.

The caterpillars feed on various grasses, including matgrass and fescues, and it is this stage that hibernates.