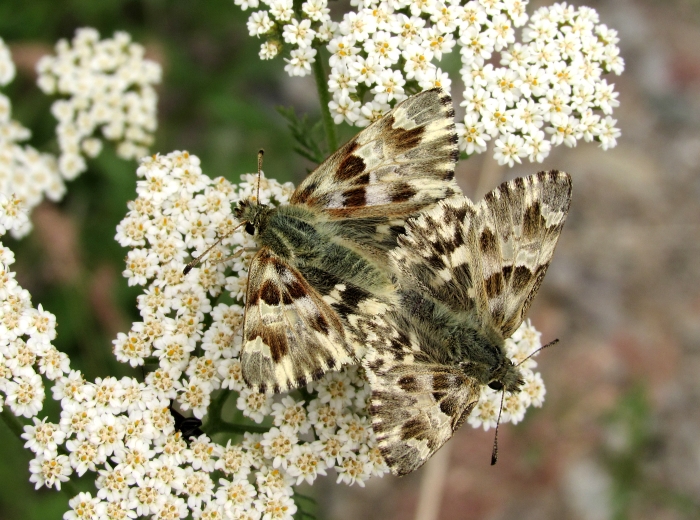 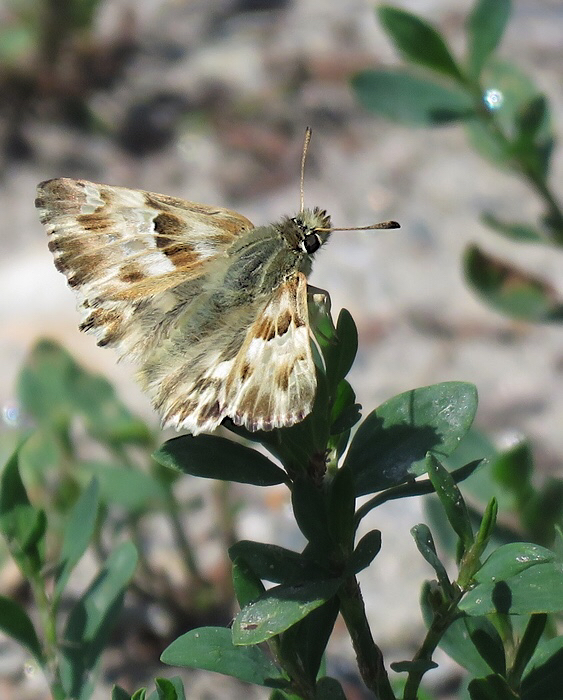 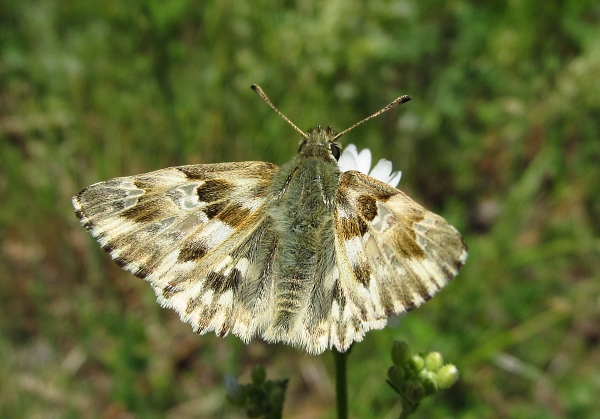 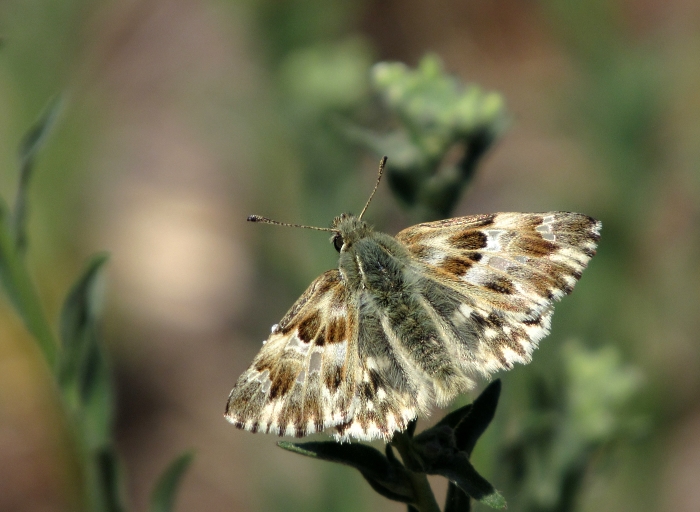 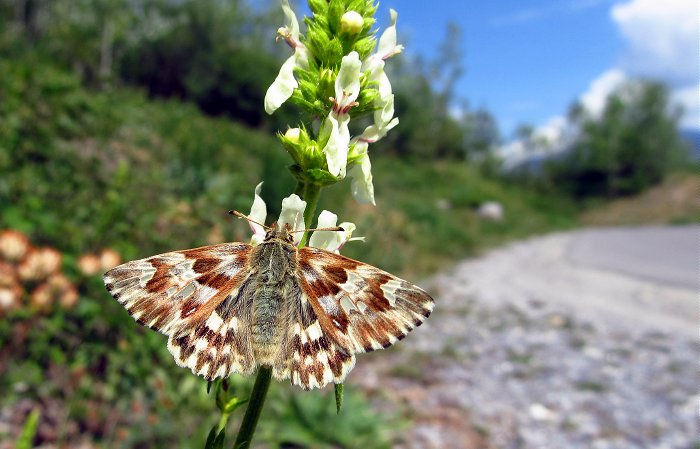 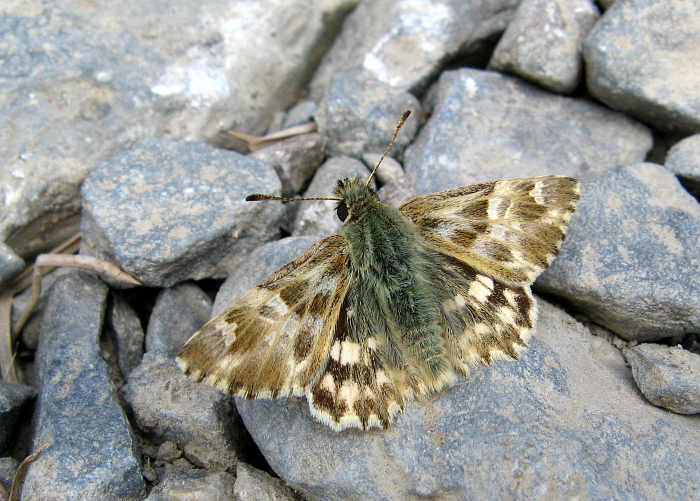 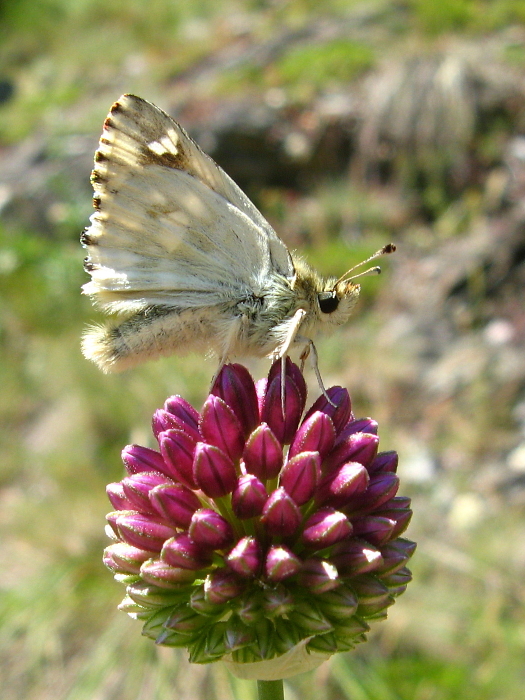 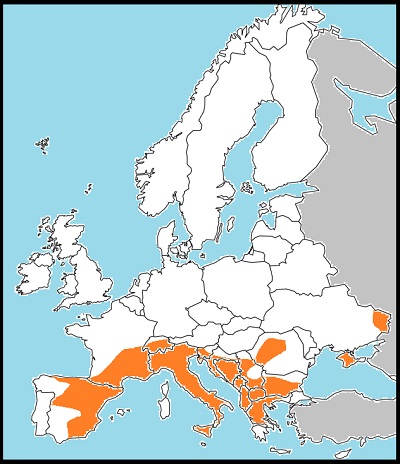 This beautiful skipper is common along hot, dusty tracks and in the mountains of southern Europe. In Switzerland it flies in the Rhône Valley and I see it sometimes in good numbers in the Pyrenees, flying up to at least 1600m and perhaps higher.

Although the genus Carcharodus is regarded as difficult to identify, this species is very distinctive and easily recognisable in flight. It is large and fast moving, the pure white underside of the male in particular making it look very pale and quite unlike anything else. The upperside is almost colourful, with shades of brown, beige, white and reddish, and the marks on the forewing are broad and hyaline. From the upperside alone, a dull, worn individual could be confused with a tufted marbled skipper, but a glimpse of the pale underside would dispel this impression.

The larvae feed on species of woundwort (Stachys), hibernating in the third instar (in France - perhaps a different instar elsewhere). Adults fly in a single, protracted generation from May to July.