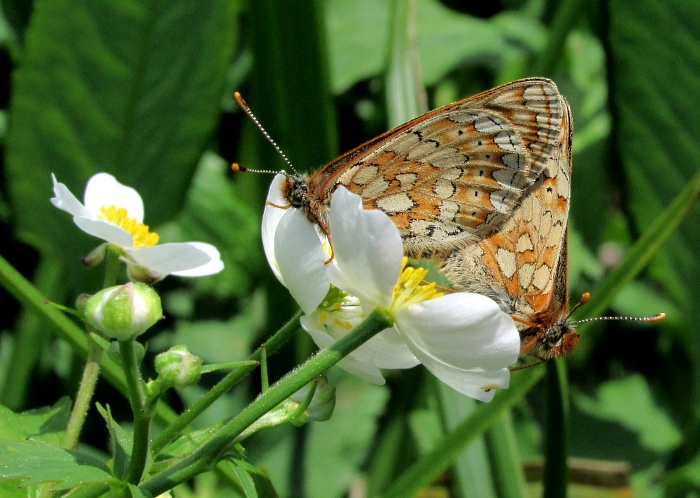 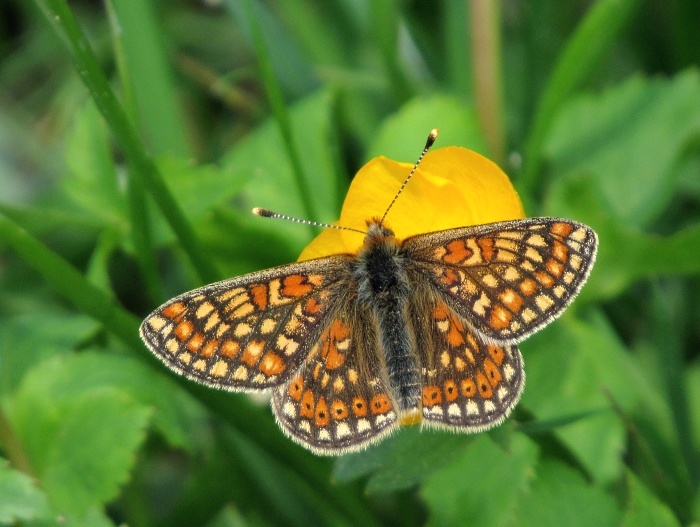 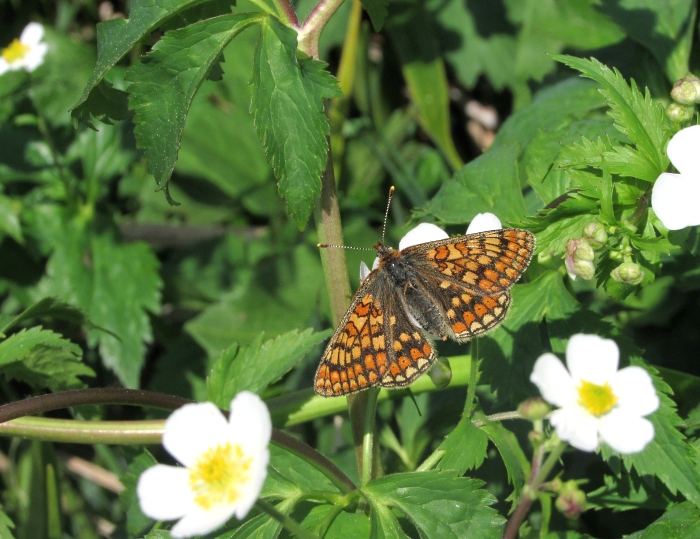 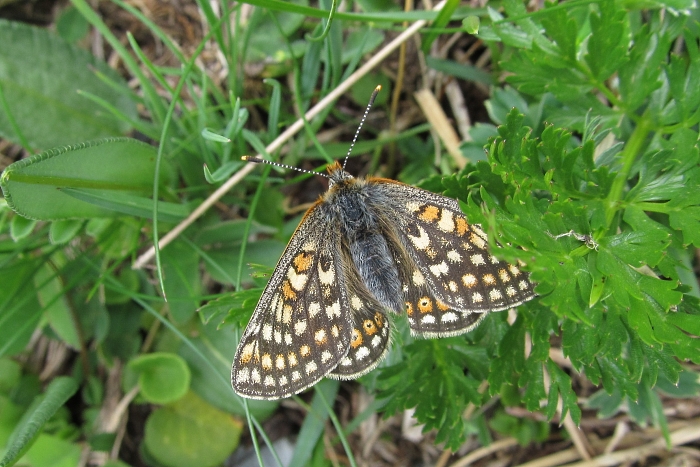 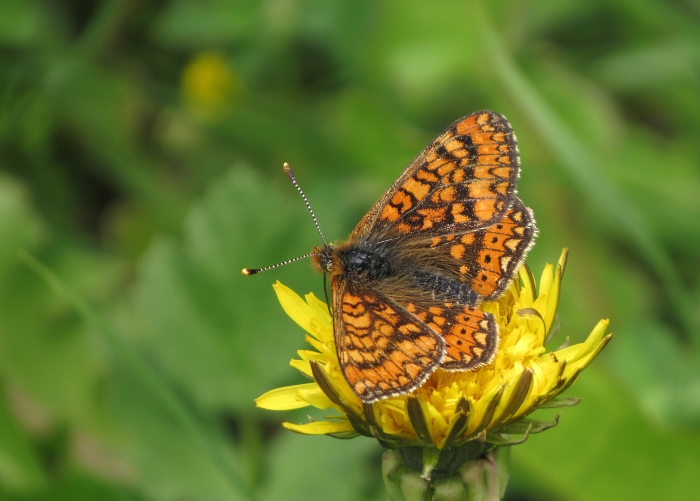 Male (I think), photographed west of Geneva, so quite possibly Euphydryas aurinia, not E. merope) 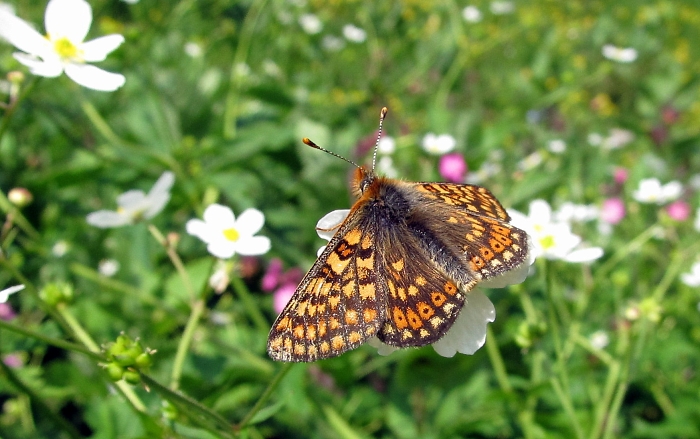 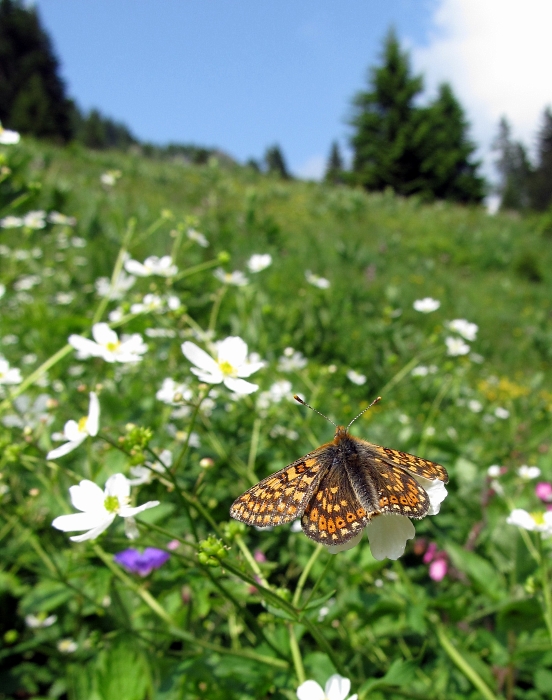 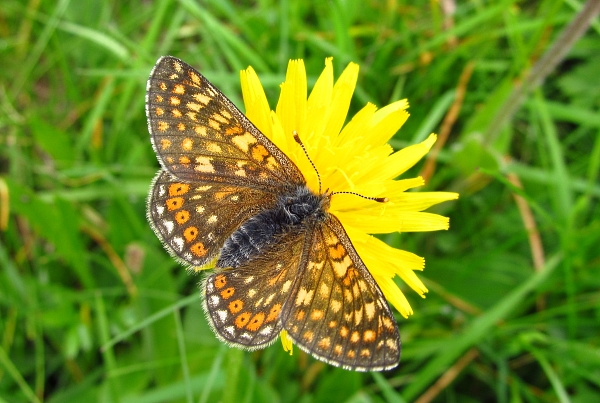 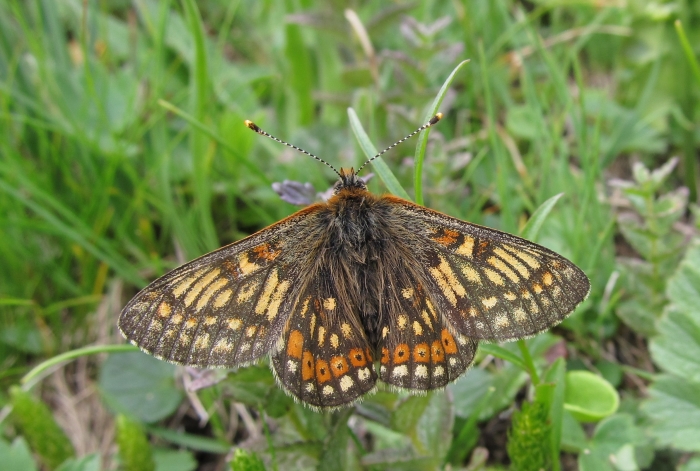 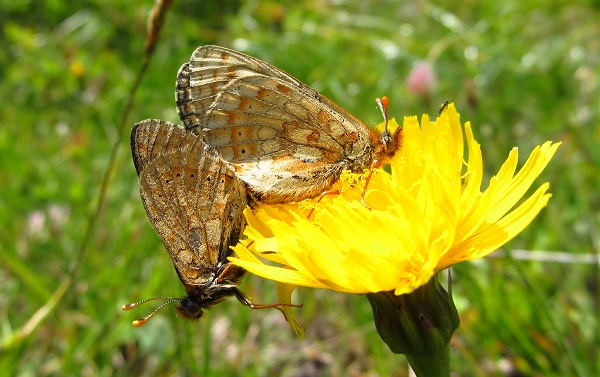 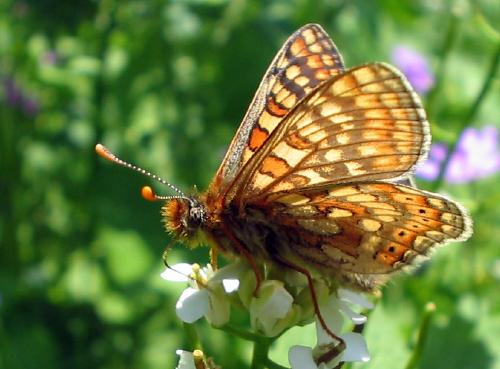 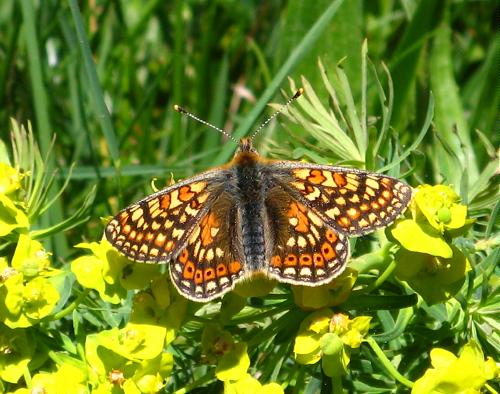 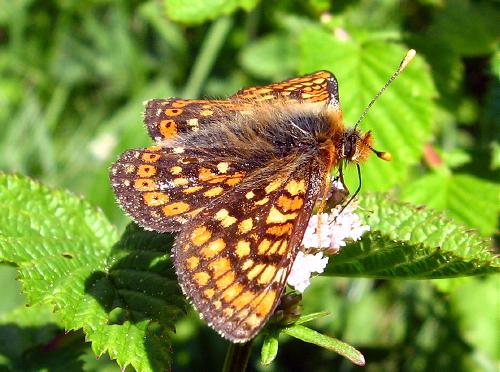 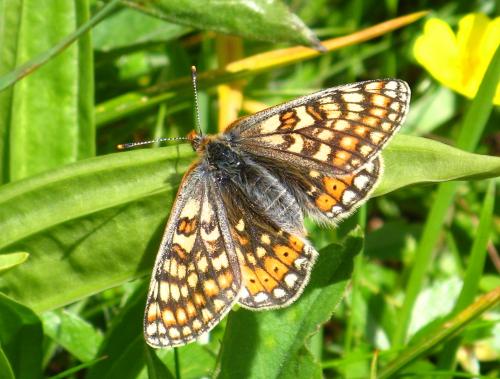 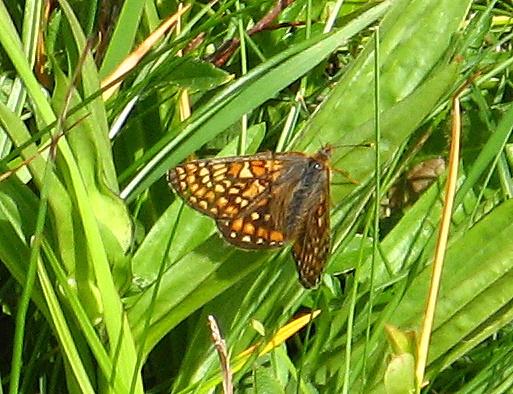 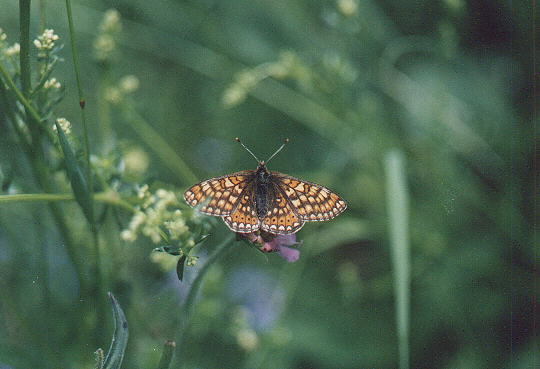 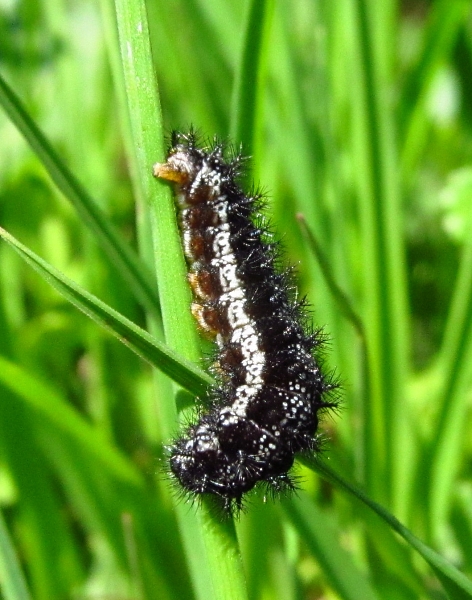 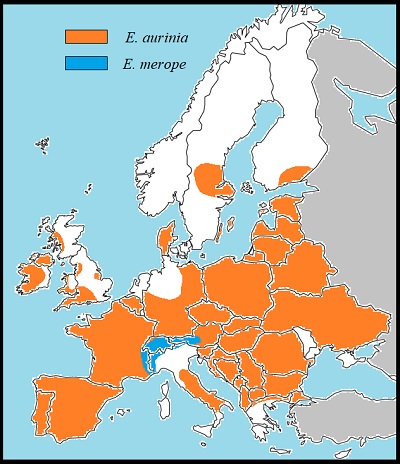 Distribution - note: in much of the area shown above this species is very scattered and local

This very variable butterfly, with many geographical and altitudinal forms, has long been something of a taxonomical headache, especially in mountainous regions. Many books refer to the high altitude forms in the Alps and elsewhere as f. debilis, while others treat the alpine forms as a distinct species or subspecies, glaciegenita. Leraut and Tshikolovets regard it as a distinct species, though differ as to its correct name (glaciegenita for Tshikolovets and merope for Leraut). I am not competent to judge the question! On my local mountain, marsh fritillaries appear from about May and fly through the summer in a single generation. At lower altitudes the butterflies are generally more colourful and are often larger. At the highest altitudes - on mountains at the eastern end of Valais, for example, they may be small and rather greyish. Nevertheless, I have seen great variation within the alpine populations.

Separation from other Euphydryas species is generally quite easy. In the Alps, the Asian fritillary lacks post-discal spots on the hindwing and is otherwise quite distinctive. Cynthia's fritillary flies in many of the same places as marsh fritillary. Males are obviously easy to separate - male Cynthia's fritillaries have the iconic white ground colour - but females may be more difficult. Female Cynthia's is larger, has a more open pattern and is generally more unicolourous orange (though I have seen some washed with pale). Other Euphydryas species are the rare scarce fritillary - which is very similar to Asian fritillary, and lacks the post-discal spots on the hindwing - and the Spanish fritillary. This last is larger and brighter, with a double black margin on the upperside, bordered internally by conspicuous, cream lunules.

This is a flower-loving butterfly. Males often defend their territories from flowerheads and frequently return to the same ones. The larvae feed on various species of scabious - including devil's bit scabious - and honeysuckles. They feed and hibernate gregariously in silken webs, dispersing in later instars before pupation.