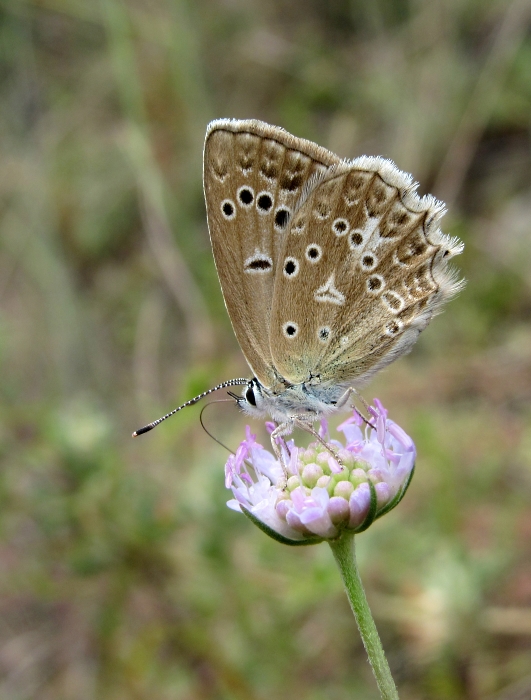 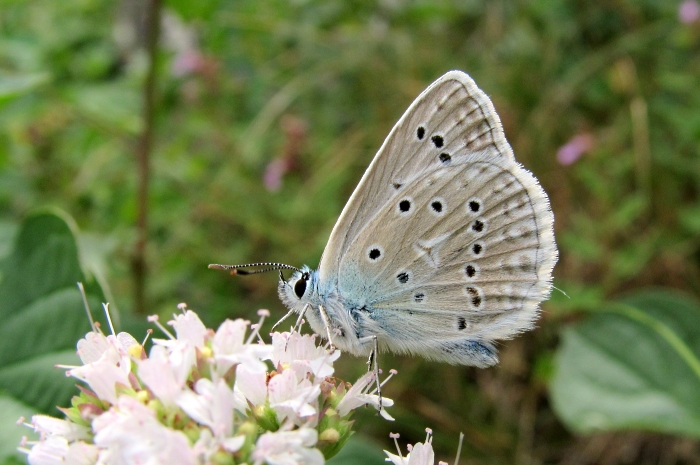 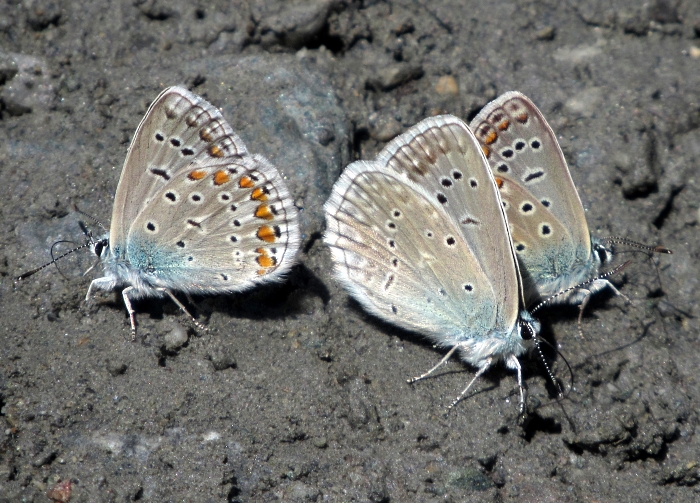 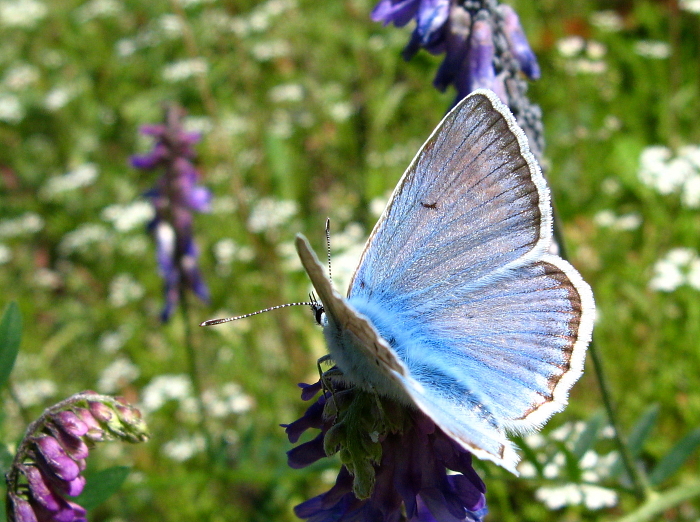 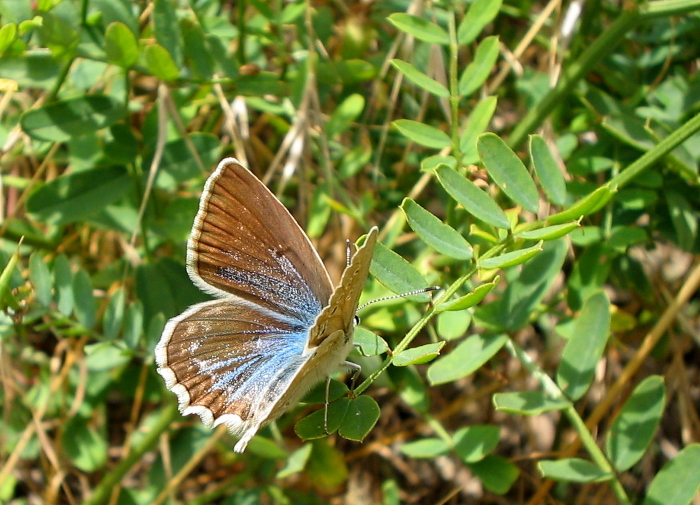 Female on the foodplant, Switzerland, July 2005 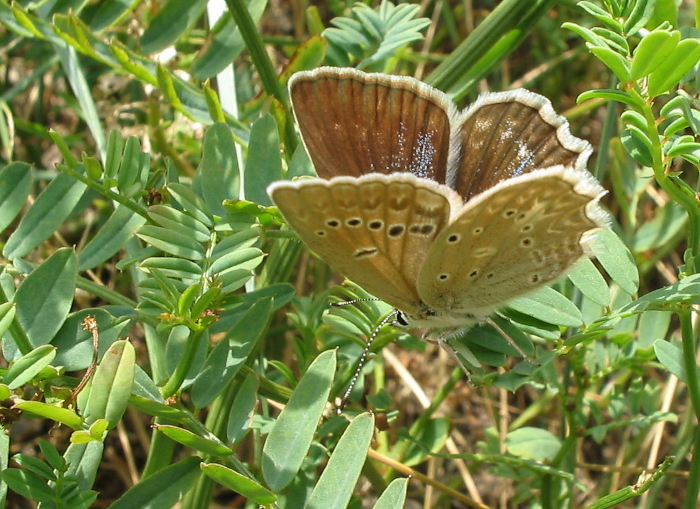 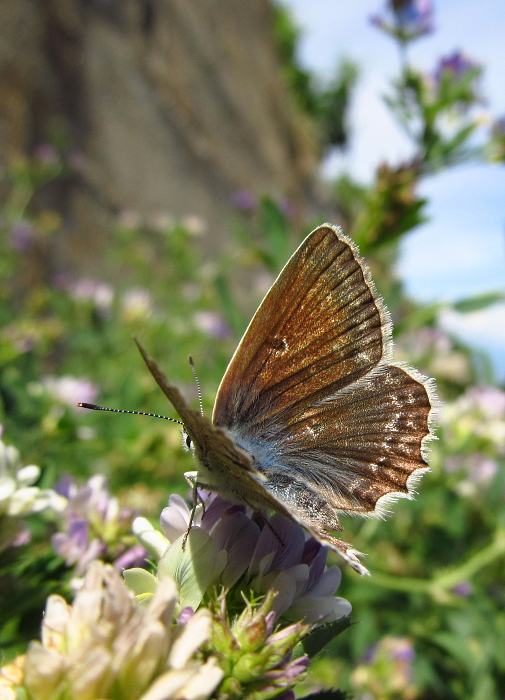 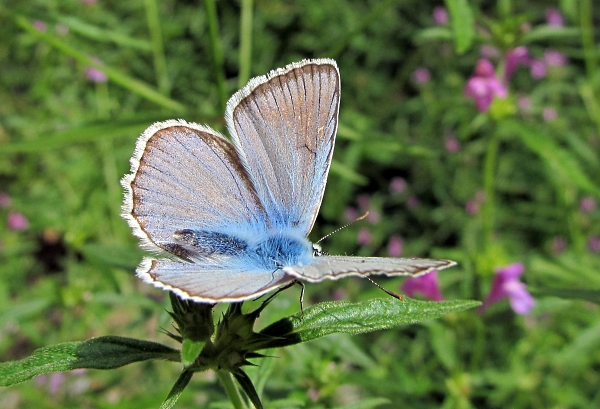 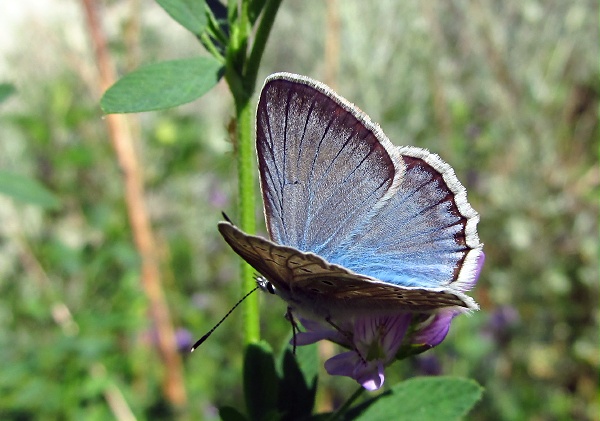 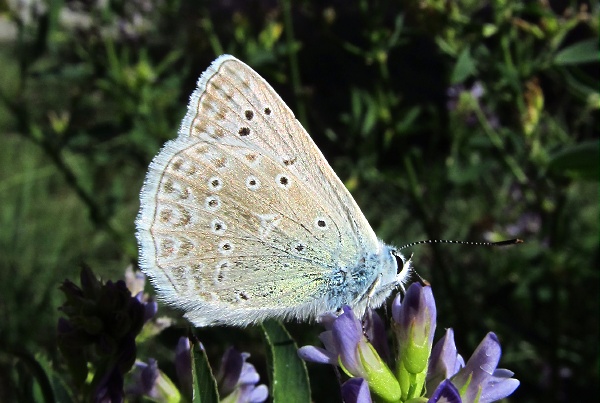 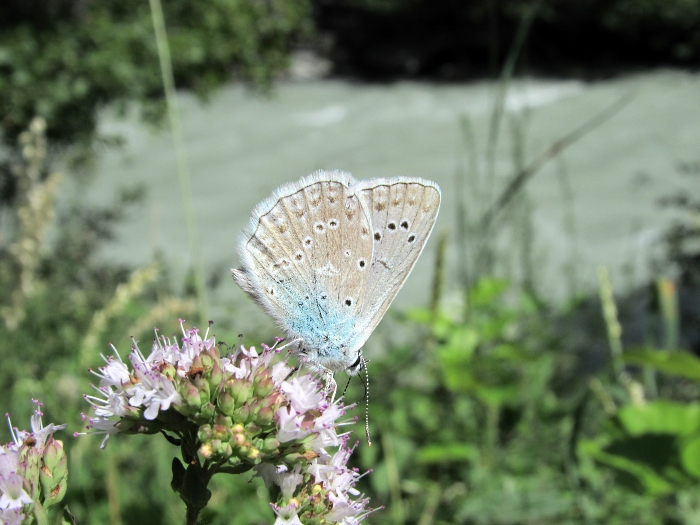 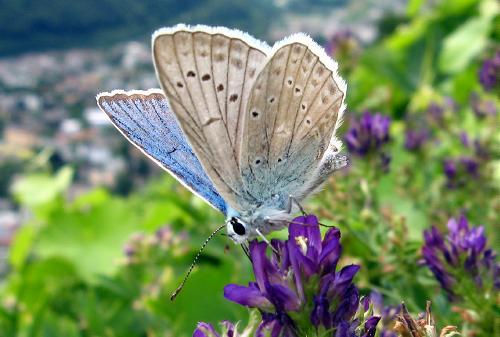 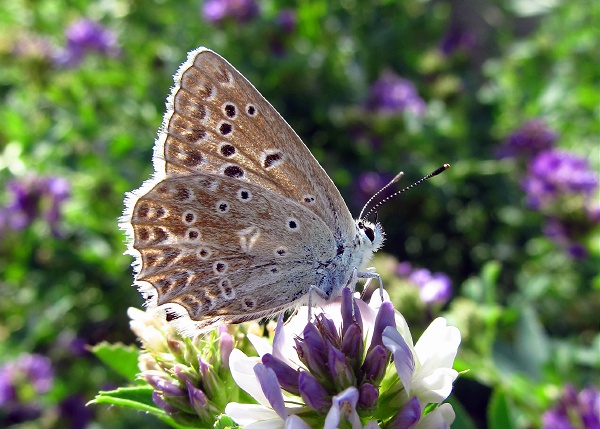 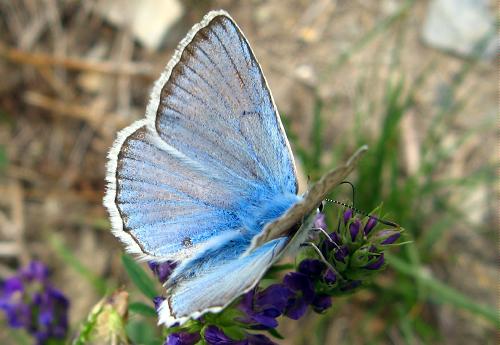 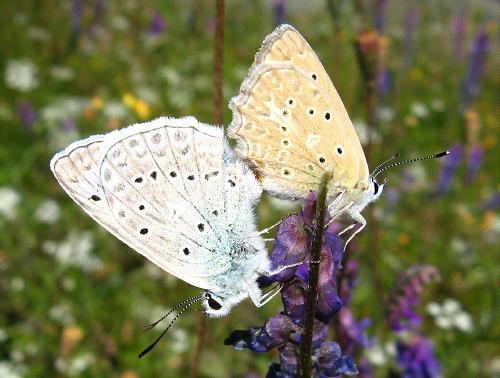 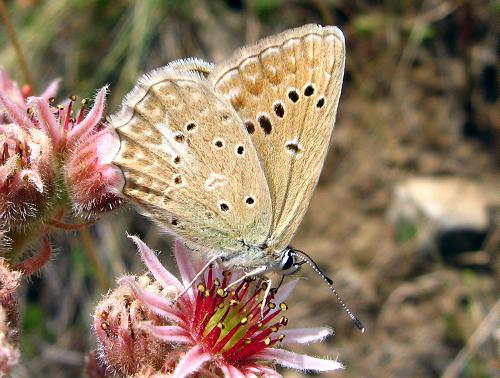 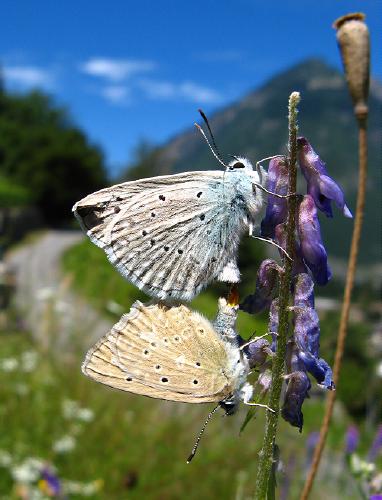 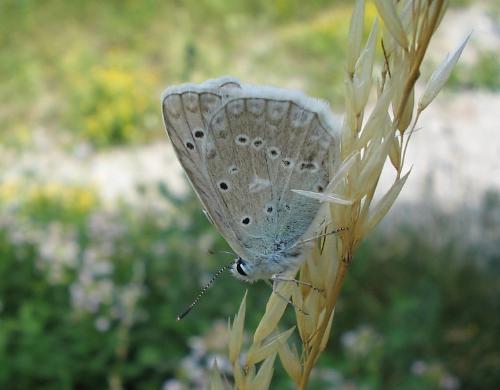 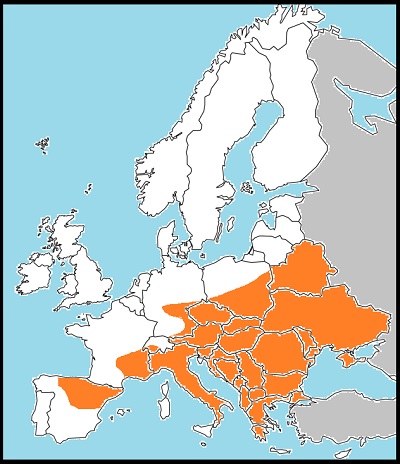 This very distinctive blue has a more patchy distribution than the above map might suggest. In its western range - in Spain, in particular - it is very local and generally uncommon, and in Switzerland, where I see it, it is largely restricted to hot places in the Rhône Valley and is rarely numerous. It is said to be commoner in its south-eastern range but recent maps show local extinctions in many areas, especially in eastern central Europe.

Both sexes are characterised by the scalloped outer margin of the hindwing, though this is much more obvious in the female. The male is bright blue above with thick, dark borders which leak in along the veins and a dark line at the end of the discoidal cell of the forewing. The female is brown, with varying amounts of blue at the base of the wings. Individuals with no blue are called form steveni. This is relatively common in Switzerland, where it is normal for the blue to be very limited. Beneath, the male is greyish, with grey rather than black submarginal markings (resembling watermarks) and lacking any orange. Females are similarly marked but the underside is typically a warmer brown and the submarginal markings form very obvious arches inside the scalloped margin.

The foodplant is crown vetch. Eggs are laid on the leaves rather than the flowers, often in the shade of rocks or bushes. One of my regular spots for this species is a track along a rather steep slope through vineyards, where the stepped vine terraces provide the necessary shade. The butterfly flies from the end of June - more typically July in Switzerland - through to August. It hibernates as an egg or a small caterpillar.