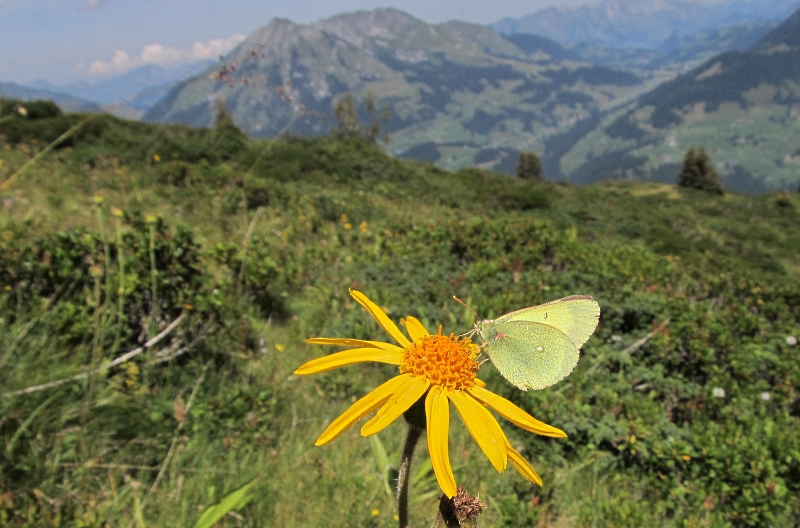 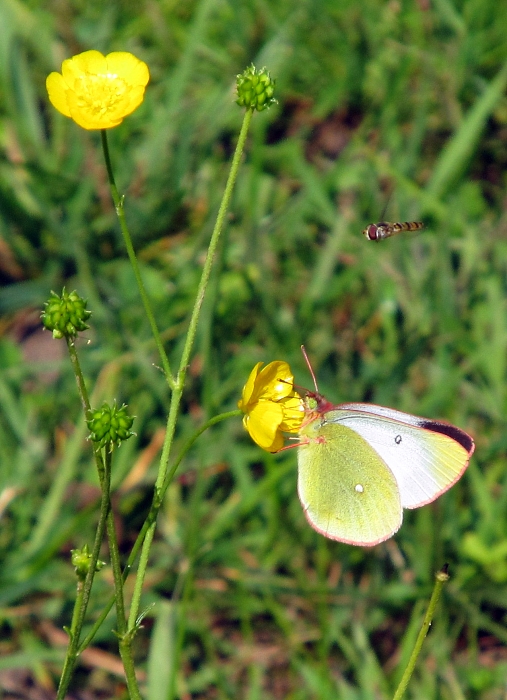 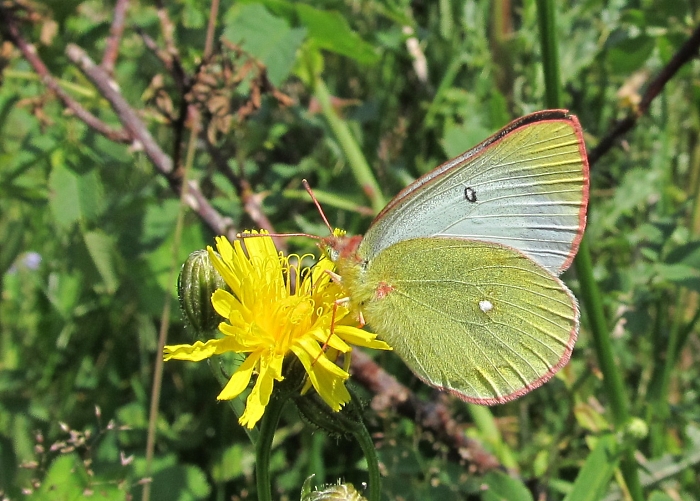 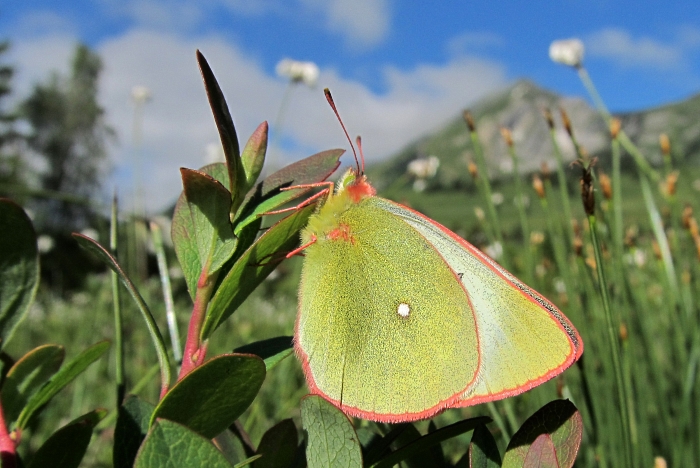 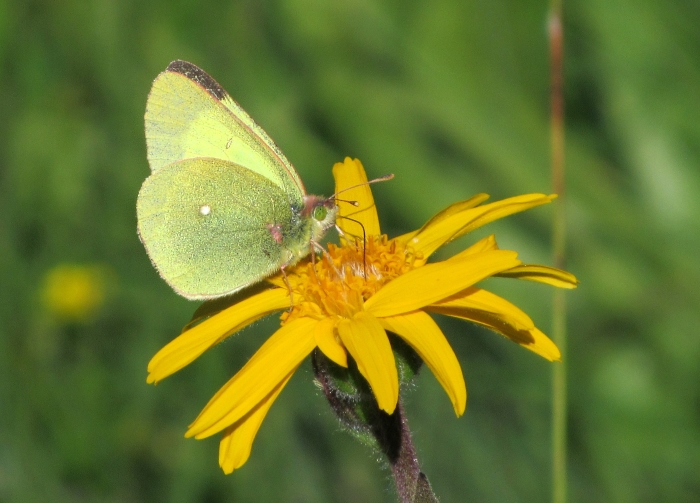 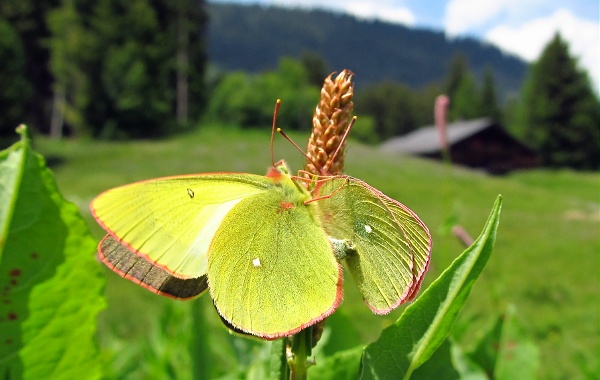 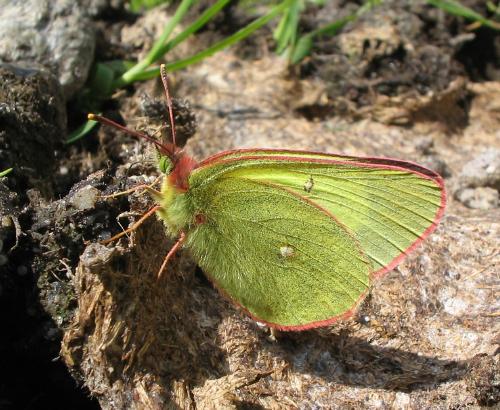 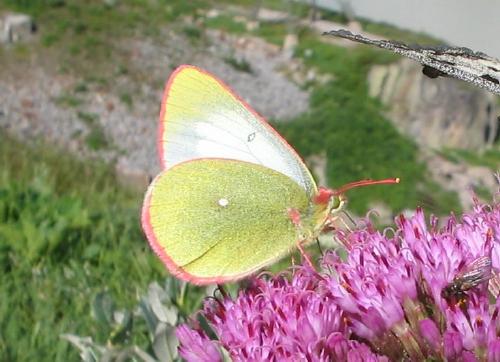 Female, Switzerland, July 2006 (under the wing of a small apollo) 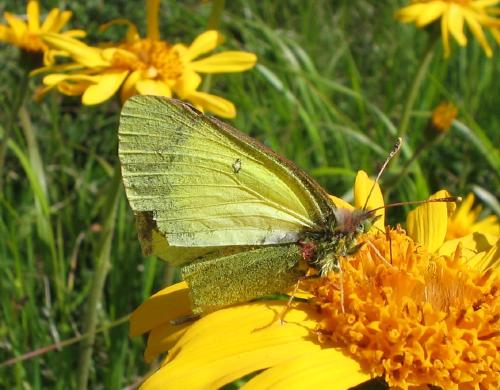 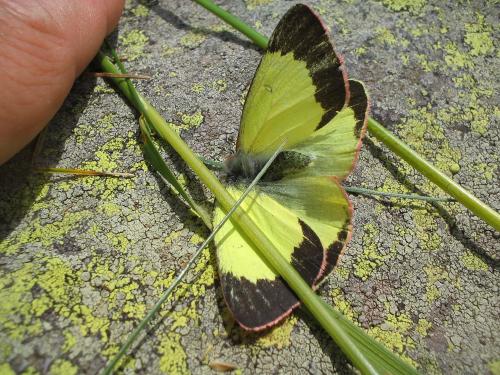 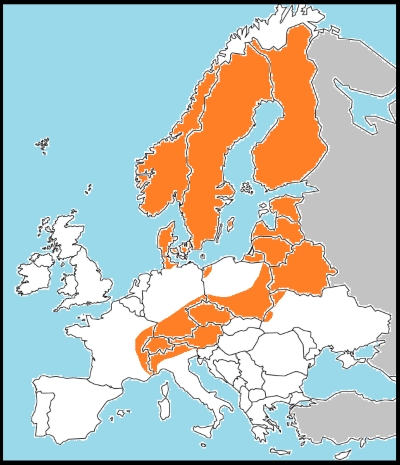 The moorland clouded yellow is more local than the mountain clouded yellow, preferring rather more remote, heathy sites where bilberries grow. Until recently I thought it did not occur near where I live in Switzerland but in the last few years have found it on my local mountains. I have also found it in many places in Valais and in the Jura. Unlike the mountain clouded yellow, which is strictly a butterfly of high mountains, the moorland clouded yellow will fly at lower altitudes if the foodplant is present, even in the southern parts of its range. Like most alpine butterflies with a Scandinavian distribution it generally flies at low altitudes in the north.

The male is a much yellower, cleaner butterfly than the mountain clouded yellow; the female is whiter. Both sexes lack white spots in the border of the forewing and the discoidal spot on the forewing underside is neatly etched in black with a pale centre. The species is actually easily identifiable in flight, when the characteristic plain border is very obvious. It occasionally settles but does have a useful habit of flying close to watchers, as if to watch them, so gives plenty of opportunity for a firm identification even when it is restless.

The larvae feed on bilberry (Vaccinium uliginosum or V. myrtillus). This means the butterfly is often found in the company of cranberry blues and cranberry fritillaries, which use the same hostplant. It hibernates as a young larva, completing its development in the spring when the snow melts.