NOTE: All the individuals shown on this page are of the form rebeli, which until recently was widely considered to be a separate species - the mountain alcon blue. 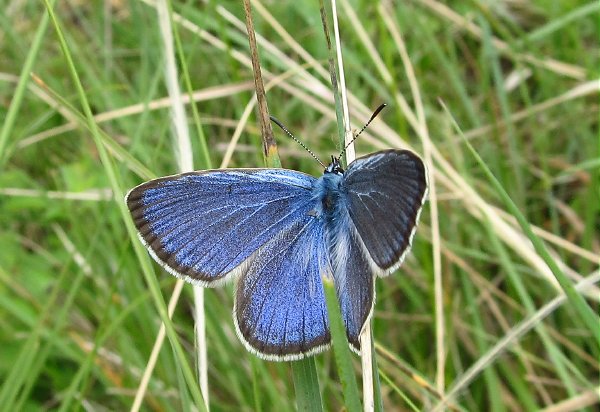 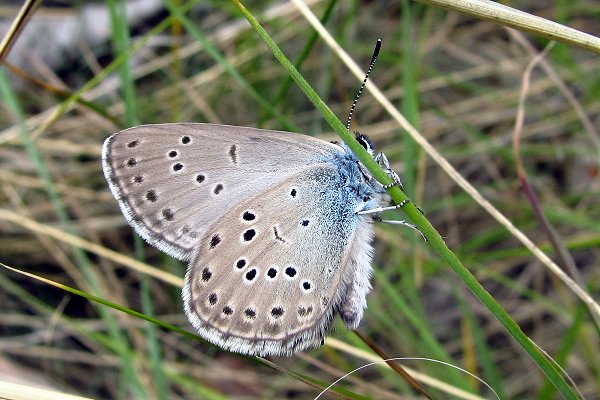 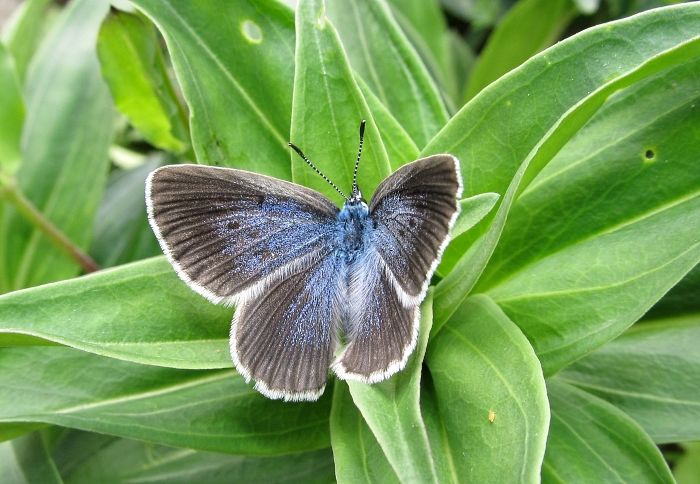 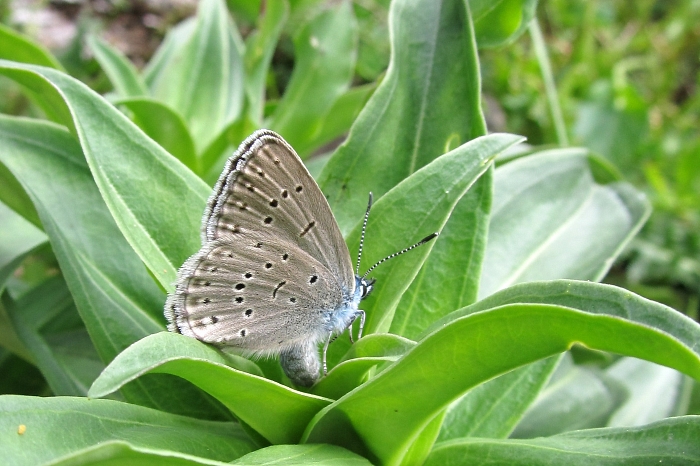 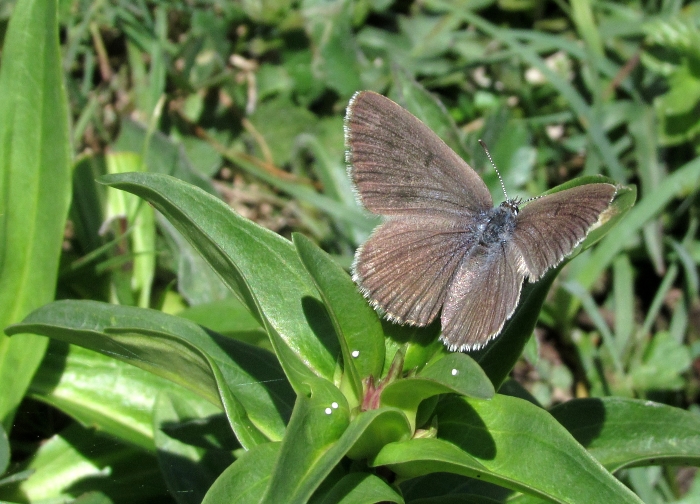 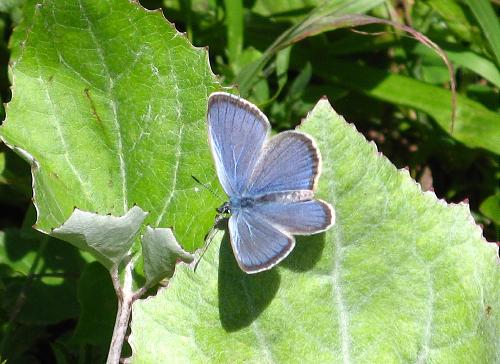 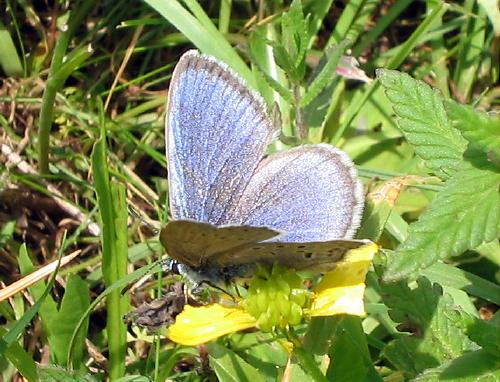 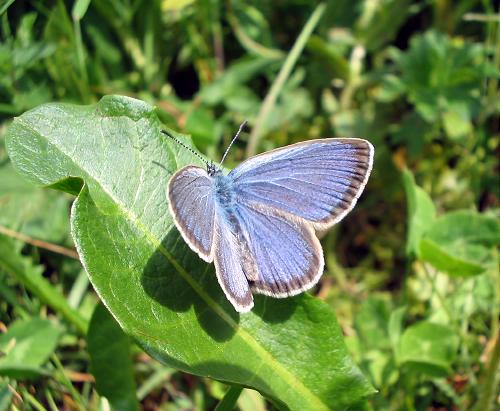 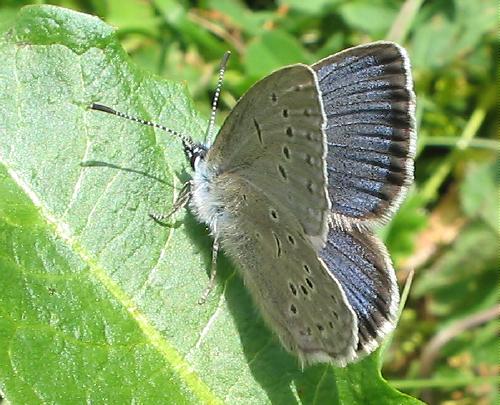 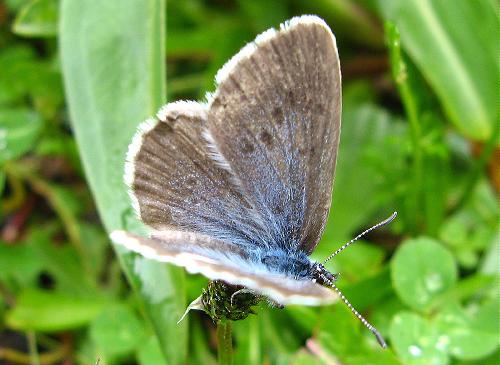 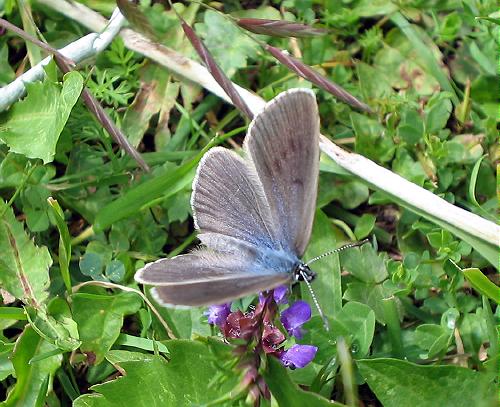 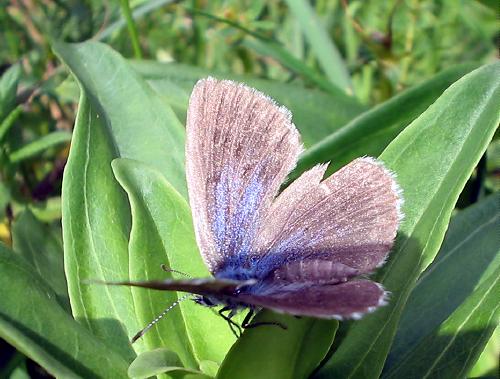 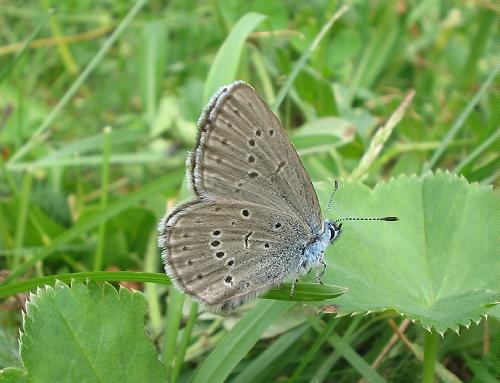 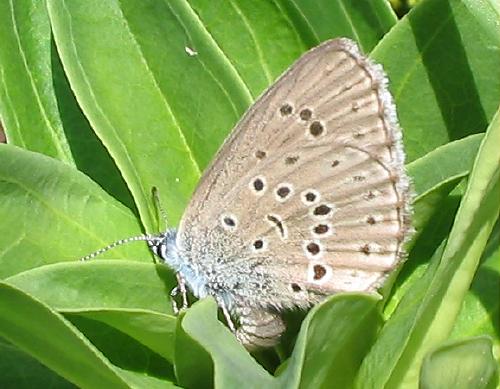 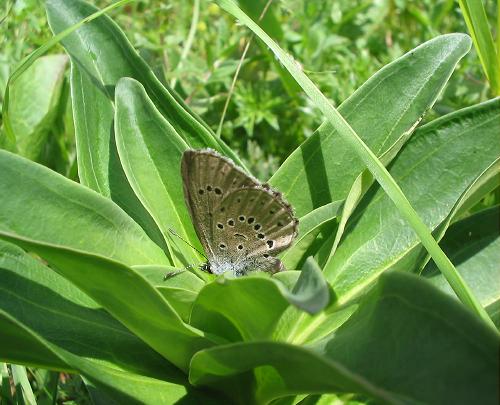 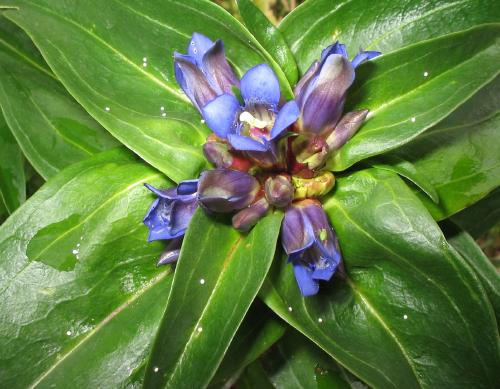 The eggs, on cross gentian (Gentiana cruciata). They are always laid near
the apical shoot but spread outwards as the leaves grow and expand. 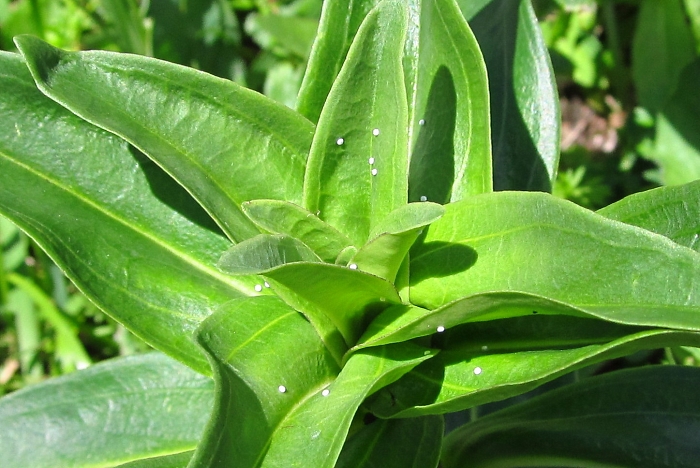 Switzerland, July 2012 - eggs are often laid before the flowers appear 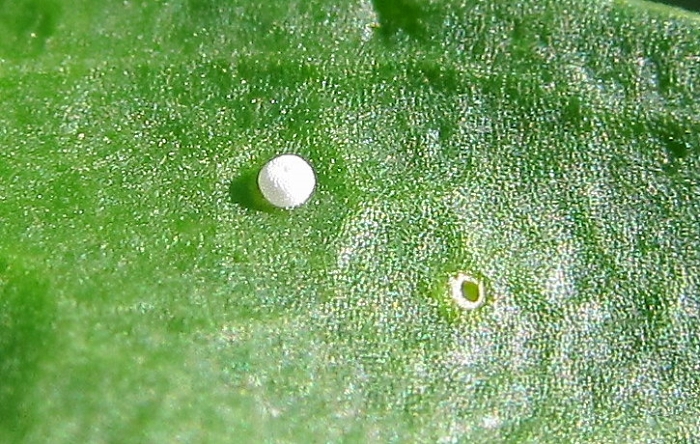 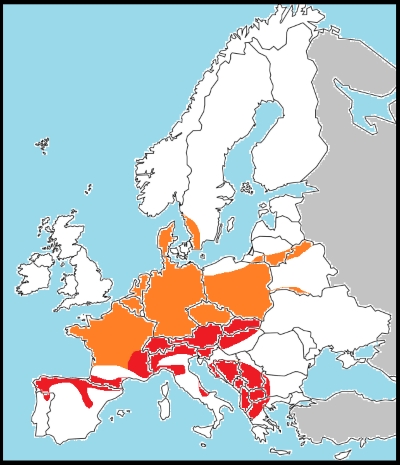 Distribution.
The red indicates the principal areas where the mountain form, rebeli flies, though
there is considerable overlap in geographical range with the lowland form

Some books treat this butterfly as two species: the alcon blue, Phengaris alcon, and the mountain alcon blue, Phengaris rebeli. There has always been some doubt over this division and most authors now recognise rebeli as merely an ecological form of alcon. The mountain form is found typically above about 1500m, though locally lower, and takes Gentiana cruciata as its foodplant. It may be looked for on hot, dry hillsides wherever this gentian is found. The lowland form uses Gentiana pneumonanthe. This being essentially a marsh plant, the lowland form is a wetland butterfly. I have seen the lowland form, but many years ago, when I visited the Brenne region of France as a schoolboy. It is a rare butterfly and I have no photographs of it. The mountain form, though also uncommon, has become a familiar insect to me over the years, cropping up in a surprising number of places on my mountain walks.

Structurally, the alcon blue is similar to the large blue, but the upperside markings are different. The male has a much narrower border and no discal spots, so it is more likely to be confused with a mazarine blue than a large blue in the field, if the underside is not seen. The female is heavily suffused with dark grey/brown on the upperside, with a blue basal area. She has the typical large blue discal marks but they may not always be visible as they are in the suffused area.  She might be confused with the obscura form of large blue, except for the fact she is almost invariably checking out gentians to lay on. The underside of both sexes is similar to that of large blue but is overall a more uniform grey and rather than a well defined double submarginal row of spots there is a single, inner row with an outer shadow.

Like all the European Phengaris species, the alcon blue must be adopted by ants in the third larval instar. It completes larval development underground, being fed by the ants, pupates in their nest and finally emerges into the light of day as an adult the following summer. My local colony in Switzerland flies from mid-late June in a single, rather short generation. By mid-July there are still eggs to be found on the gentians but very few butterflies.