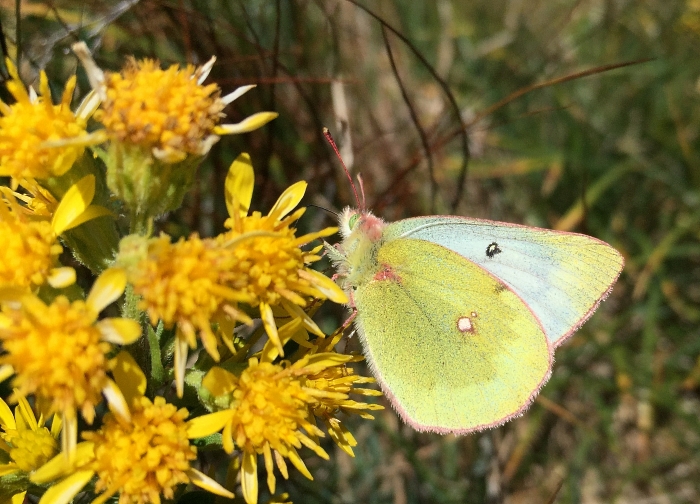 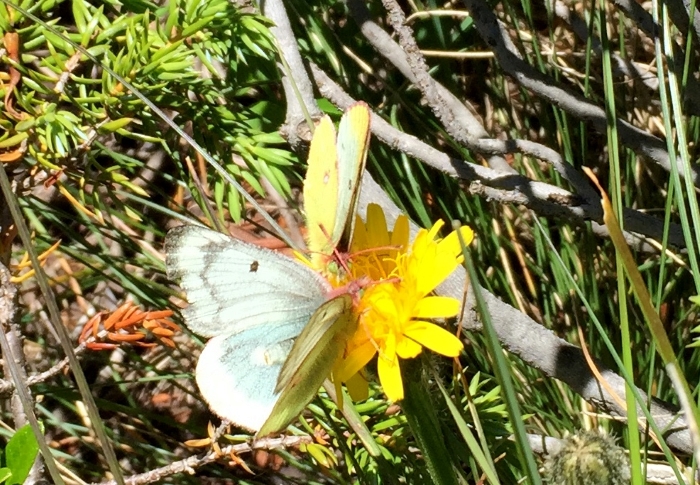 Male (behind) and female, Switzerland, August 2016 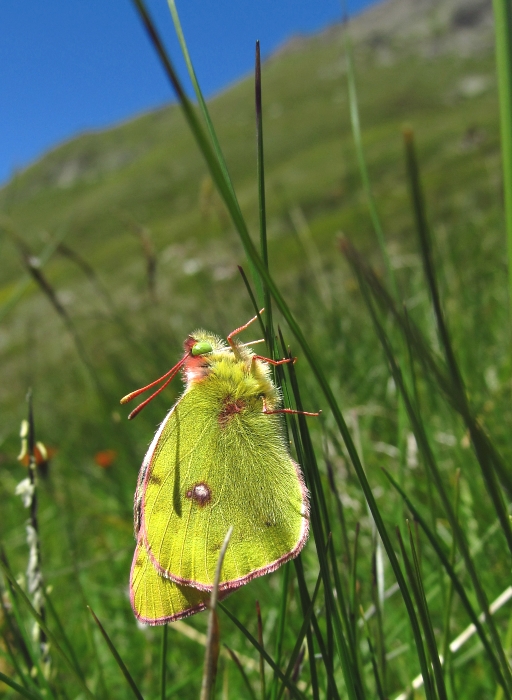 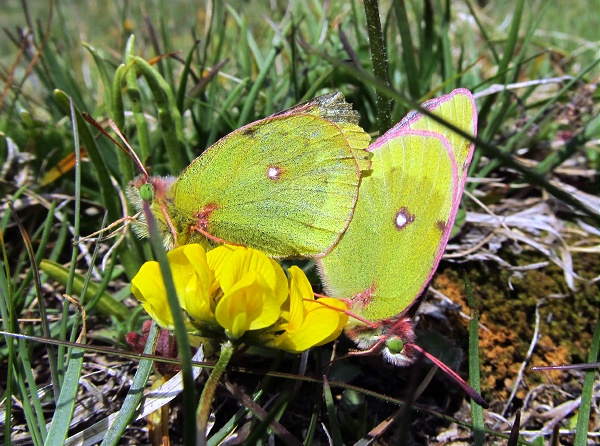 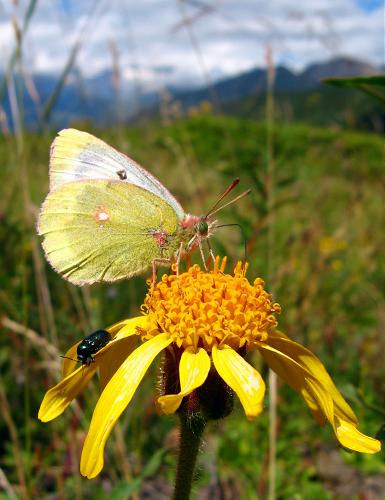 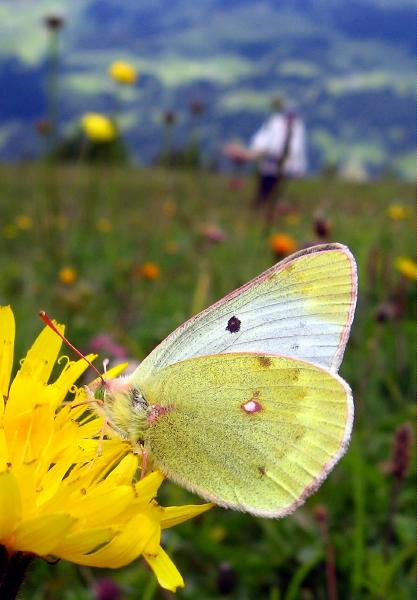 Switzerland, July 2009 (my mother in the background) 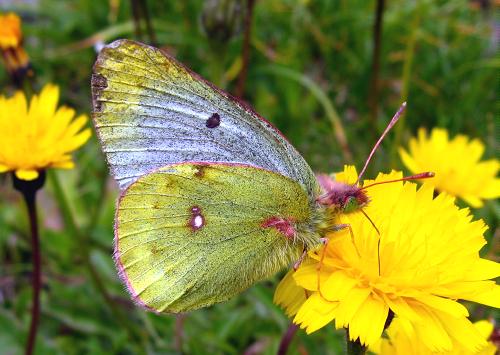 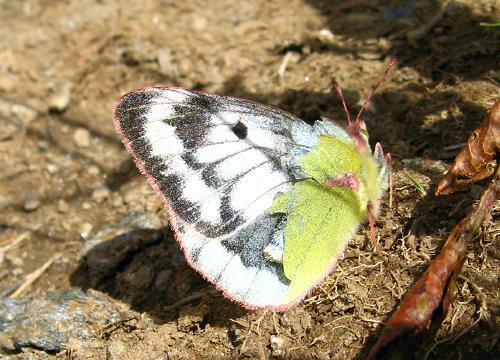 This female had almost entirely lost her right wings. 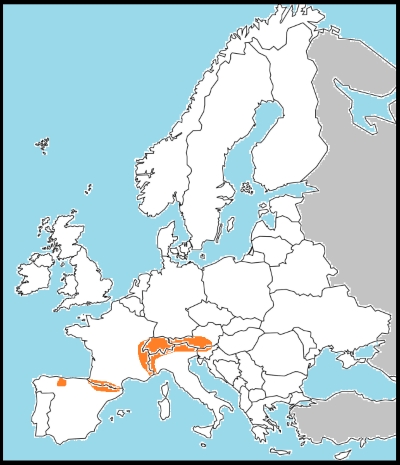 The mountain clouded yellow is common in the Alps and Pyrenees, usually flying above about 2000m but lower in places. A little bizarrely, Tolman states that it occurs in the N. Carpathians, where it flies as low as 900m., but other authors deny it flies there at all. Kudrna states this explicitly and I have reflected it in the above map.

The caterpillars feed on various plants in the vetch family - horseshoe vetch, bird's foot trefoil, clovers and others. They hibernate while still small and complete their development the following spring when the snows melt, generally emerging in June and July.