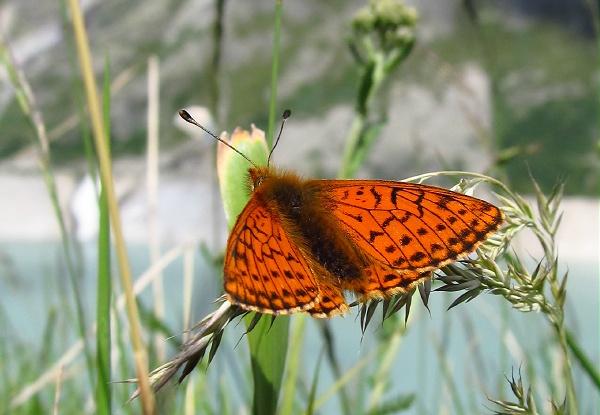 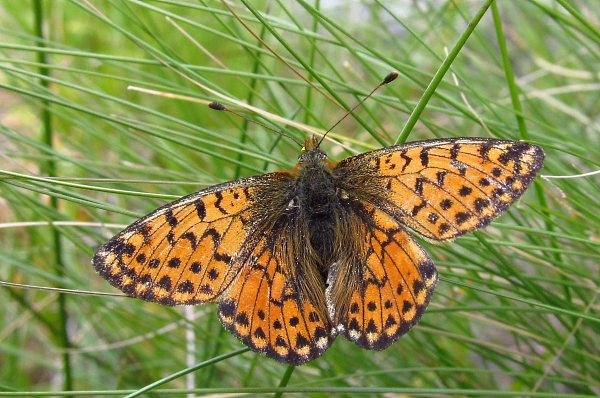 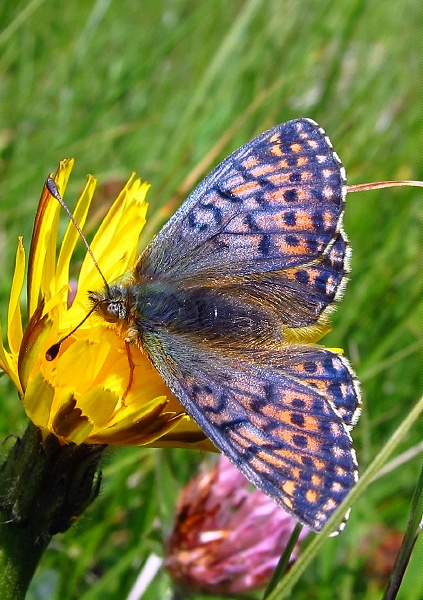 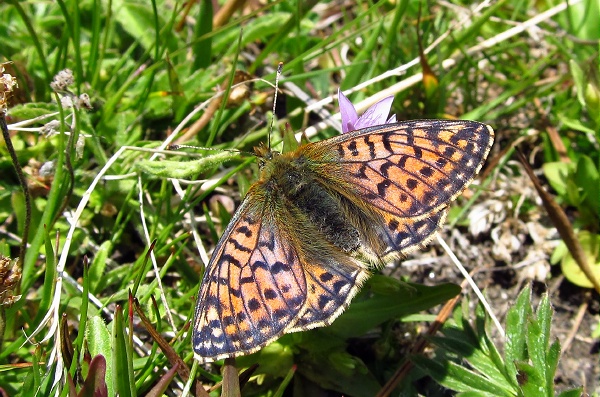 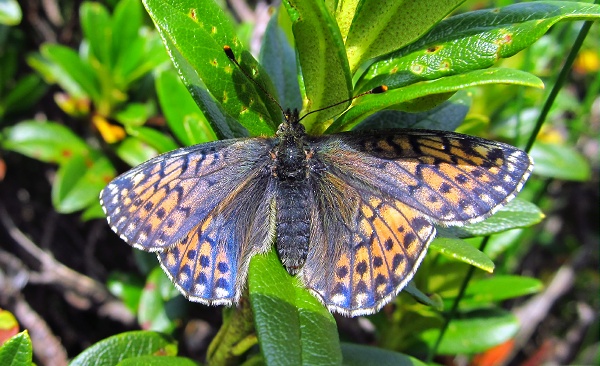 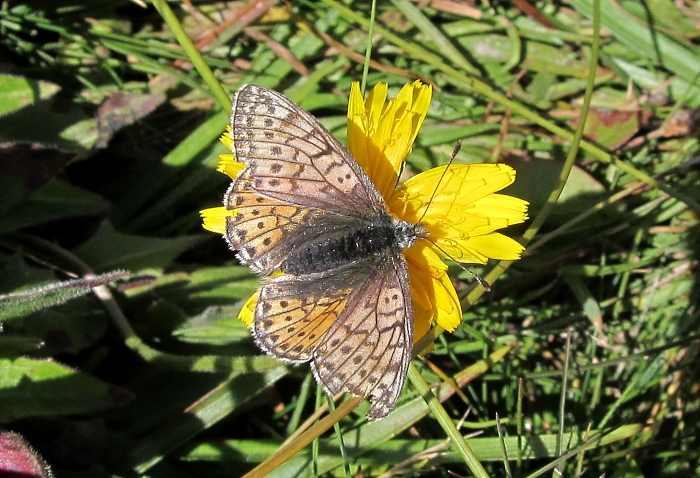 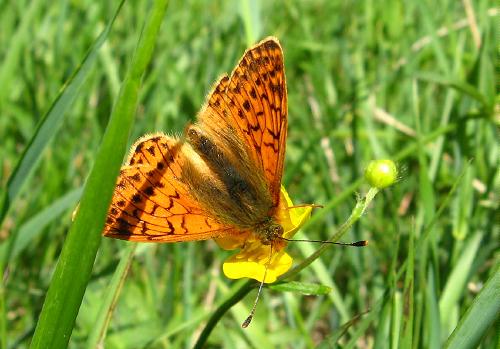 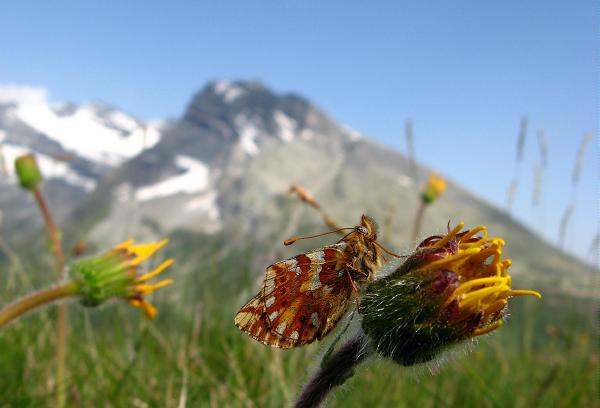 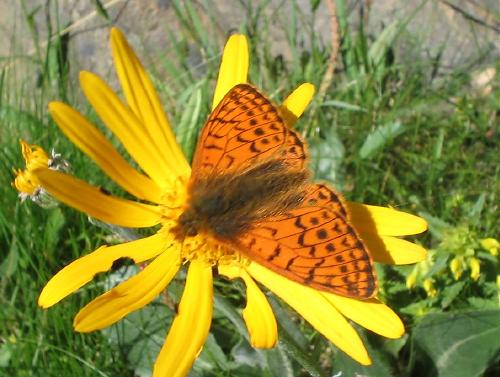 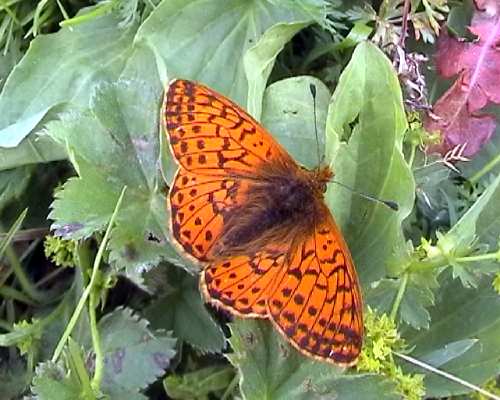 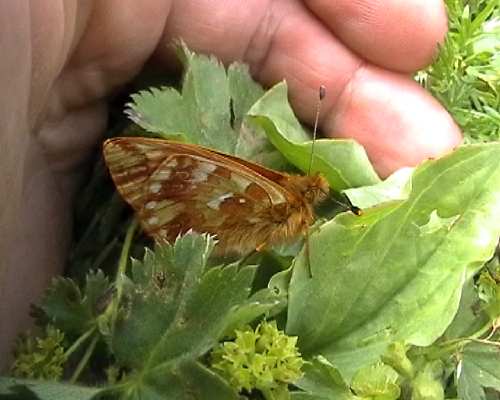 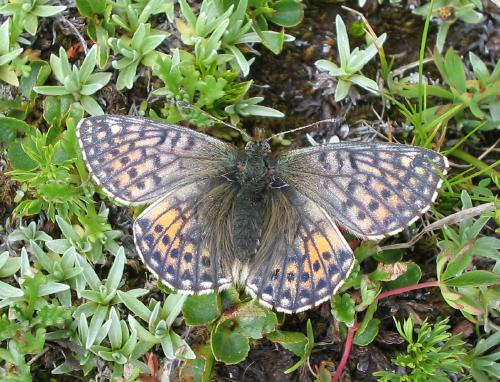 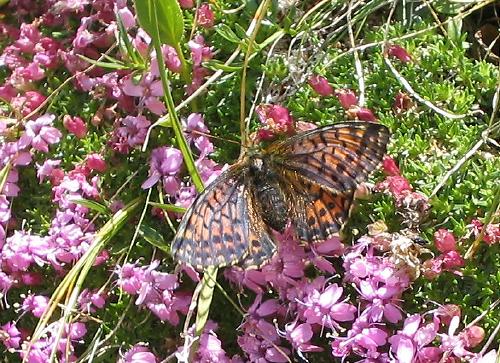 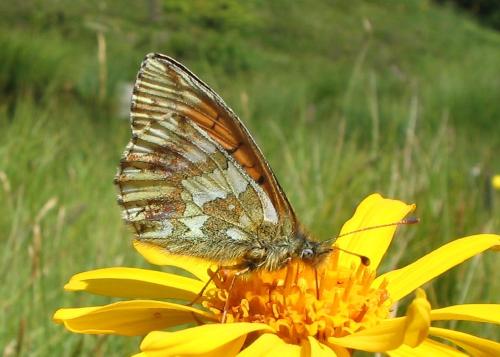 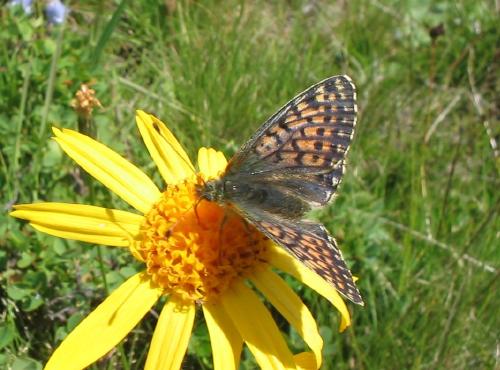 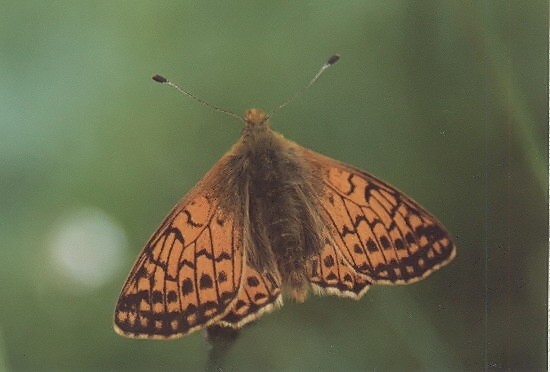 An old picture of a male. 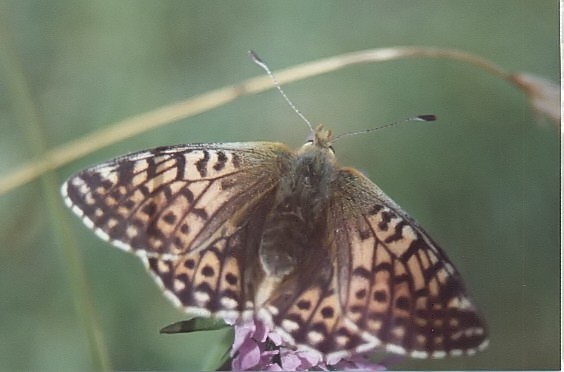 An old picture of a female 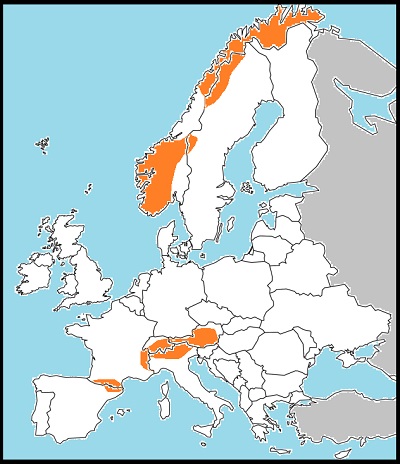 This is a high-mountain insect in the Alps and the Pyrenees, found at lower altitudes - even sea level - in Scandinavia. Probably more local than its close relative, the shepherd's fritillary, it is nevertheless conspicuous and a familiar butterfly to anyone who has wandered on flowery, alpine slopes in high summer. The first males are usually on the wing by the end of June, after which it flies throughout the summer, frequently into September.

Females are easier to identify than males. They usually show some degree of refractive suffusion on the upperside, ranging from a dullish grey-green to deep, vibrant blue or purple. When present, which it nearly always is to some extent, this is diagnostic. The underside hindwing shows much less contrast than in closely related species (shepherd's fritillary, Balkan fritillary, cranberry fritillary) and the butterfly itself is typically bigger than any of these. Males are harder to identify. In particular, they are very similar to the subspecies palustris of the shepherd's fritillary, which often flies in the same places. See my page on that species for some indicators on how to separate them. Balkan and cranberry fritillaries both have clear black markings beneath the underside of the forewing. In both shepherd's and mountain fritillary, these markings are at best faint and greyish, as if rubbed out.

The caterpillars feed on various violet species, as well alpine bistort, and hibernate while small. At higher altitudes, they may take two years to complete their development, so may hibernate again.