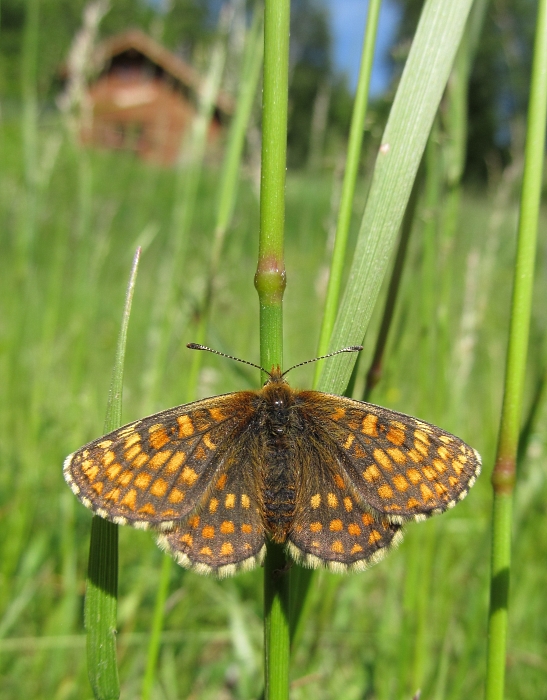 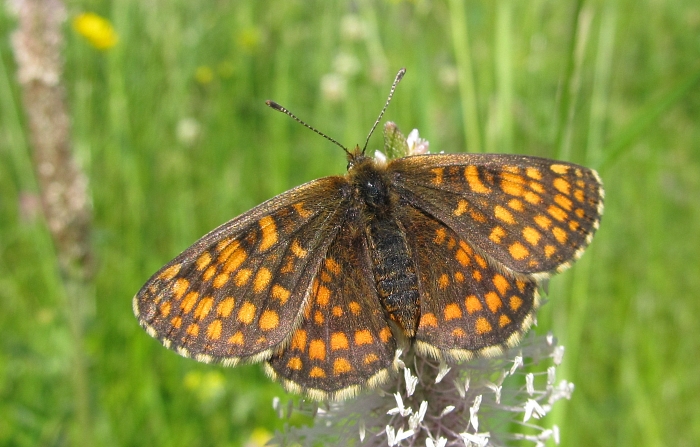 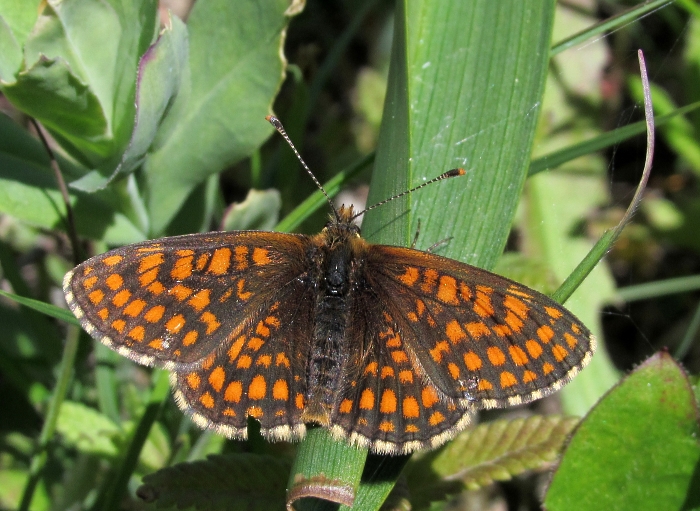 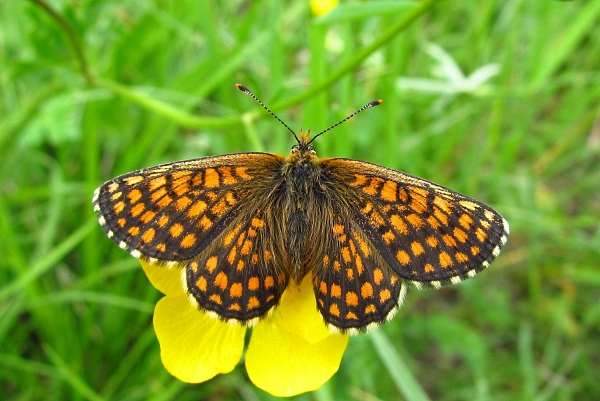 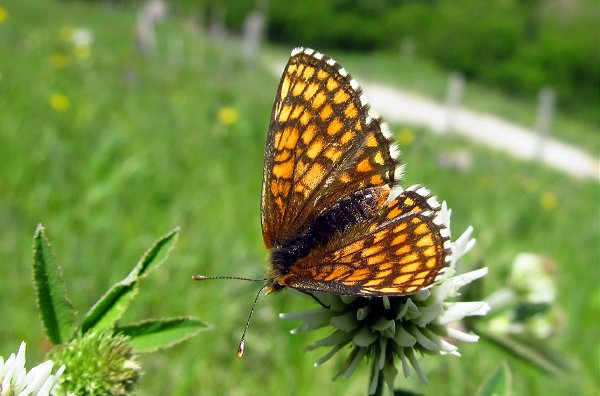 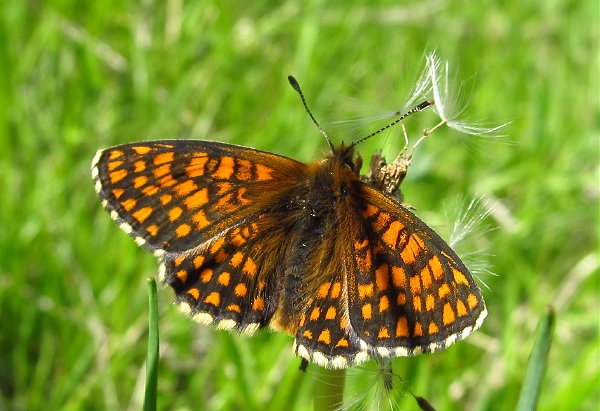 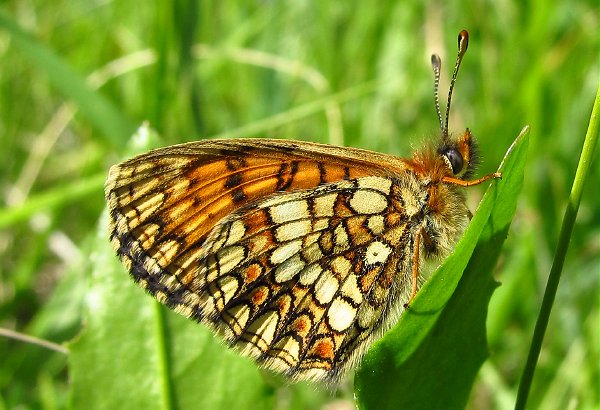 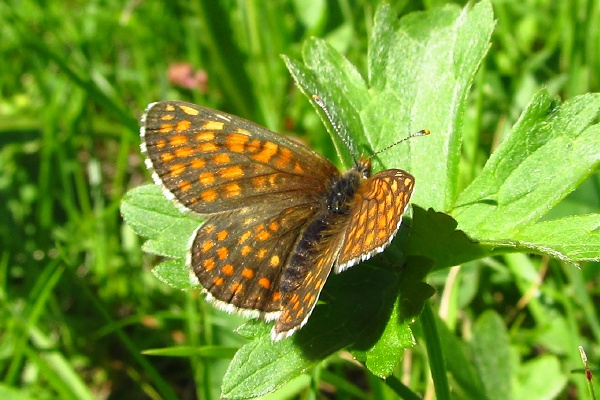 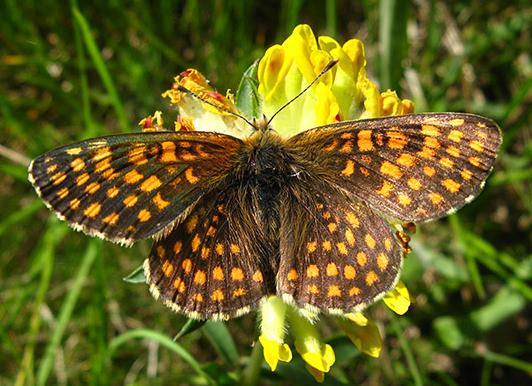 Switzerland, May 2009
(thanks to Jerry for help editing this picture) 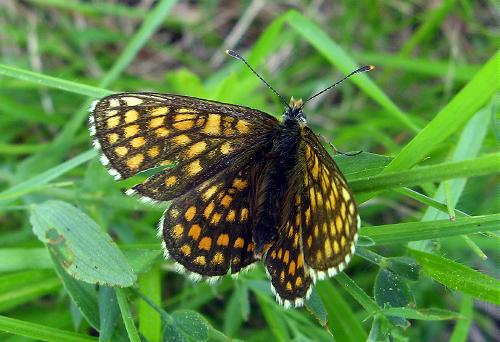 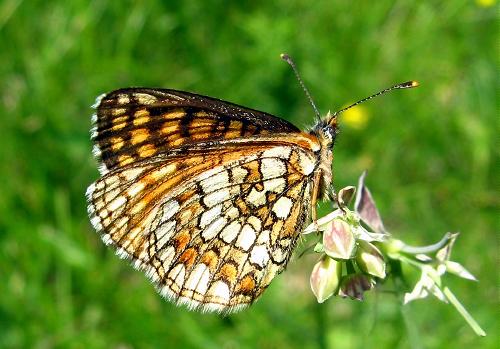 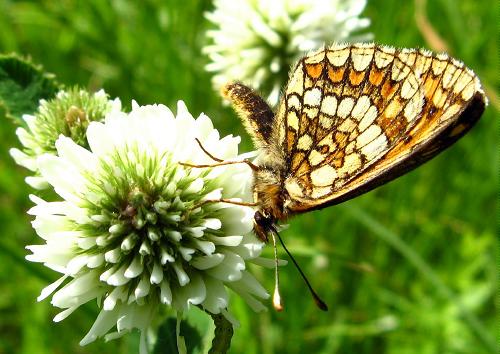 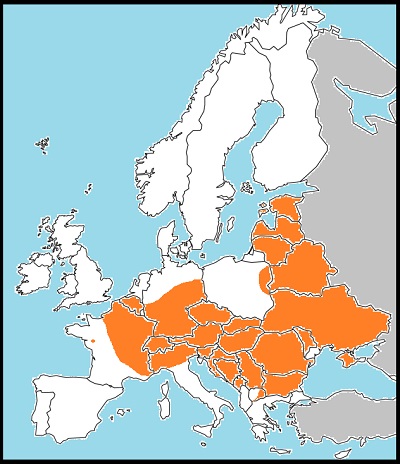 This fritillary is widespread but local, and in Switzerland rather scarce. I only know it from one site, though I am aware of others. At this site - several adjacent grassy meadows at about 900m - it is quite common in May and June and I don't really know what is so special about the habitat just here. The meadows are mostly cut for hay (though some are grazed by goats) but this is quite normal in the Alps. I have a suspicion Nickerl's fritillary is simply not very good at dispersing. It doesn't fly in other meadows nearby, separated by a wooded escarpment and a road but in many respects similar, and it may be this is just a very sedentary butterfly, slow to respond to changing cycles of land use.

The foodplant is ribwort plantain. The caterpillars feed and hibernate gregariously, then disperse in later instars before pupating. Adults fly in a single brood from May to August, though I have seen individuals in April in Switzerland and never later than mid-July. There are said to be two broods locally in Italy.