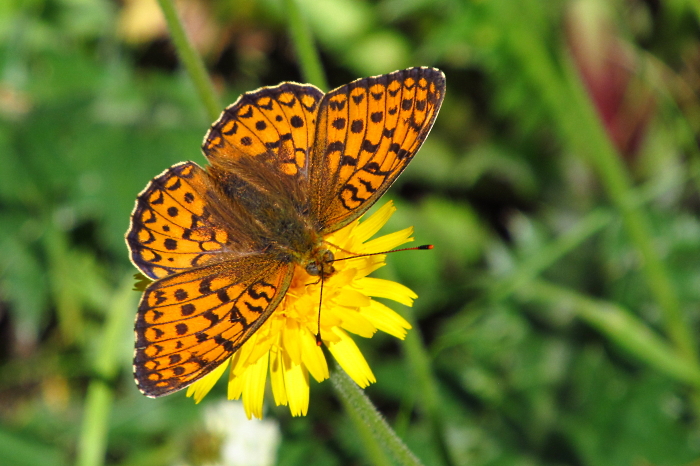 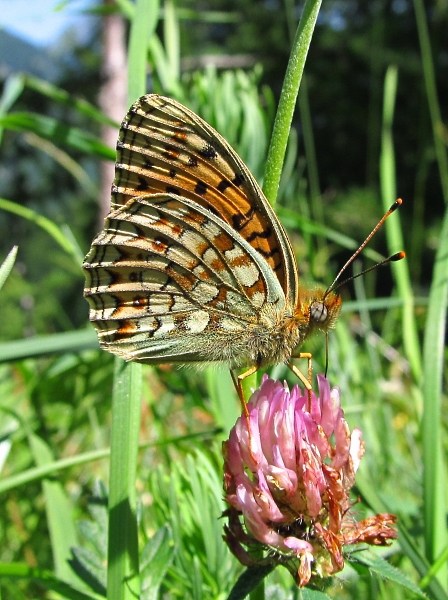 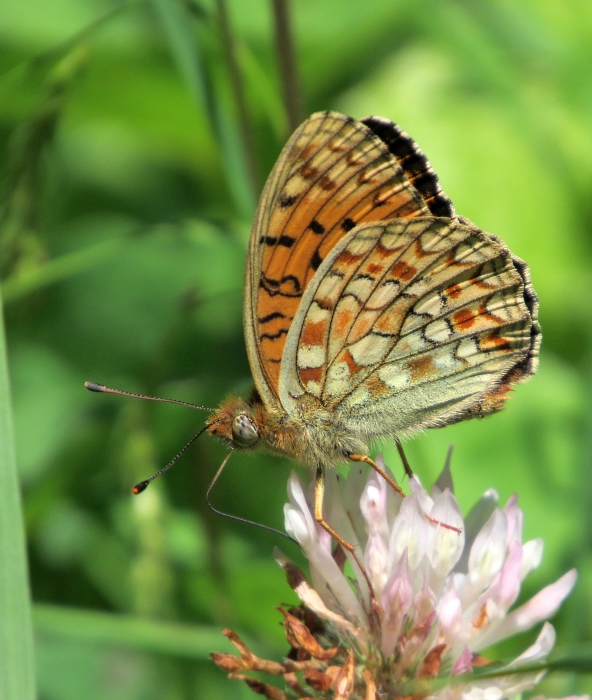 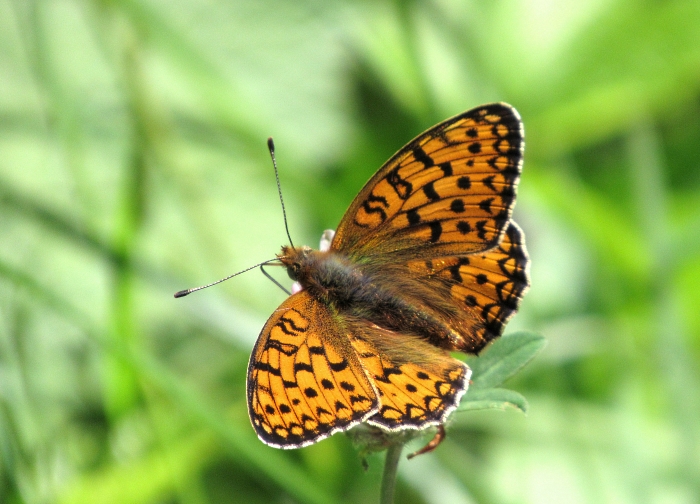 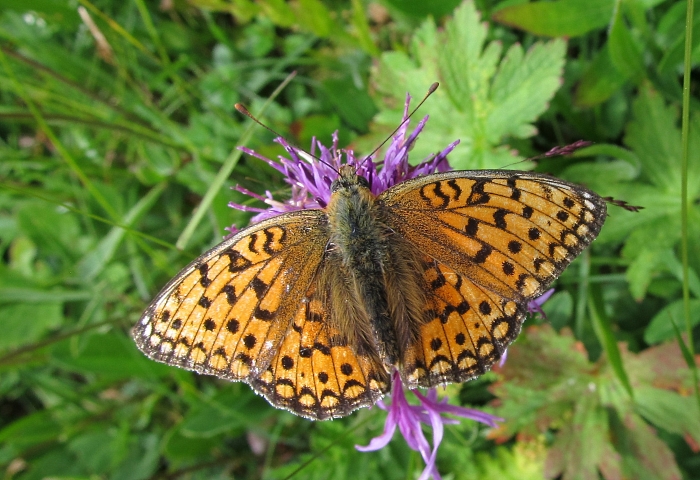 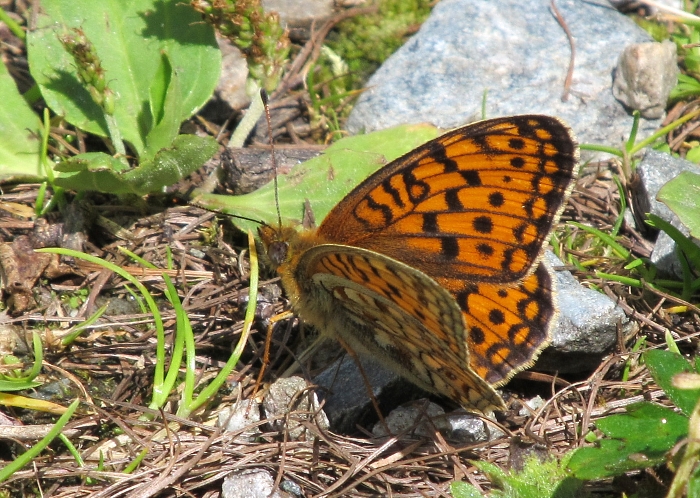 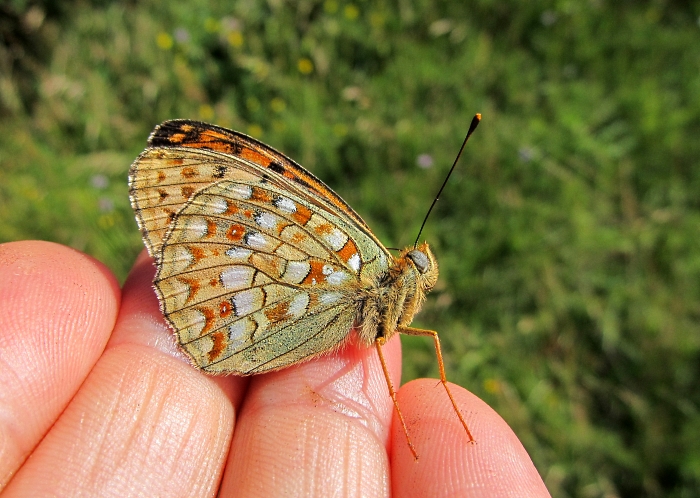 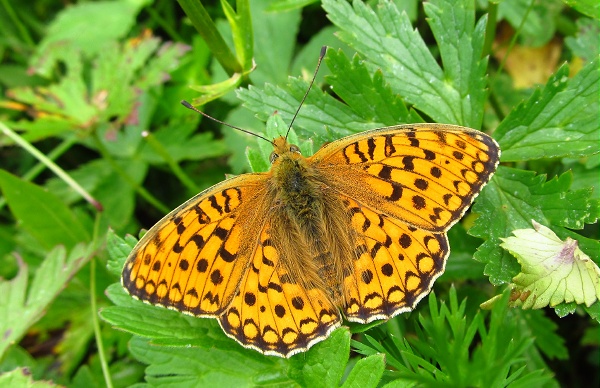 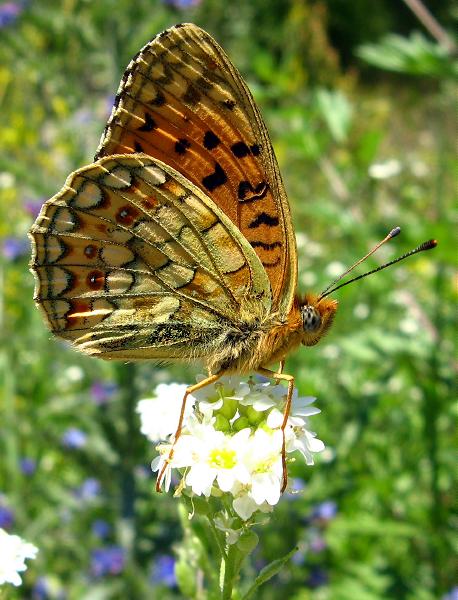 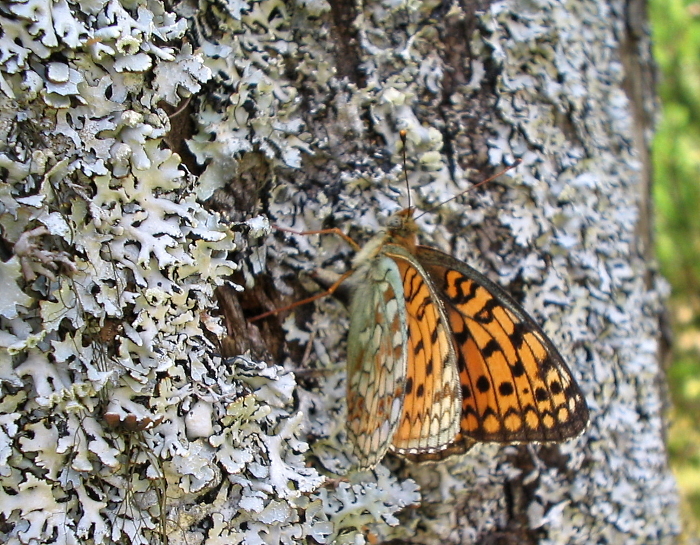 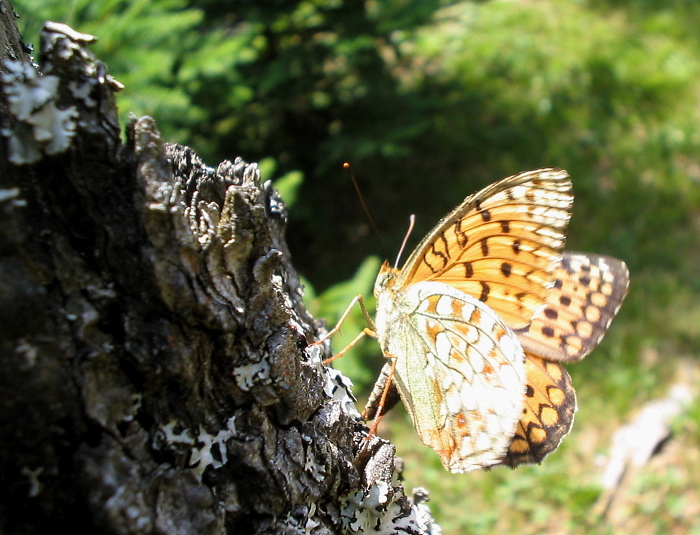 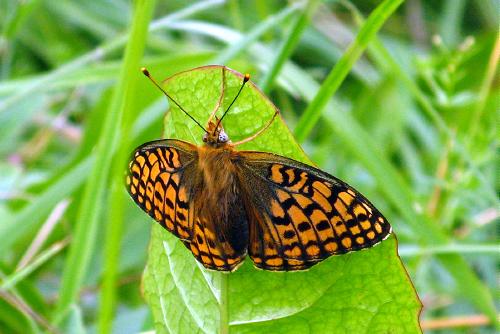 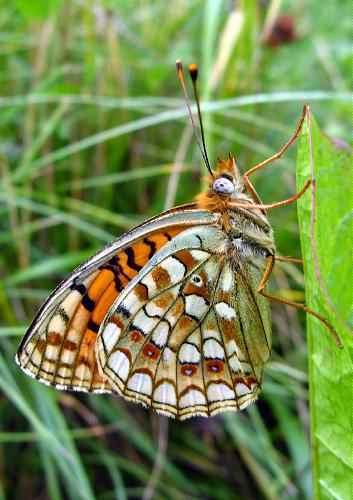 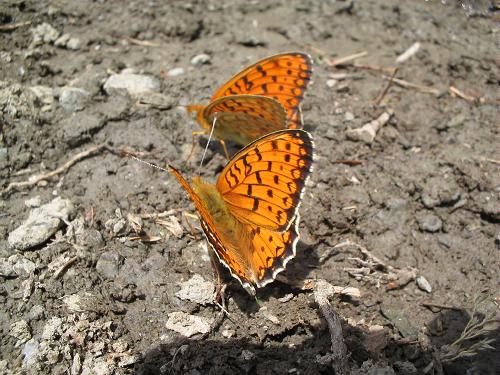 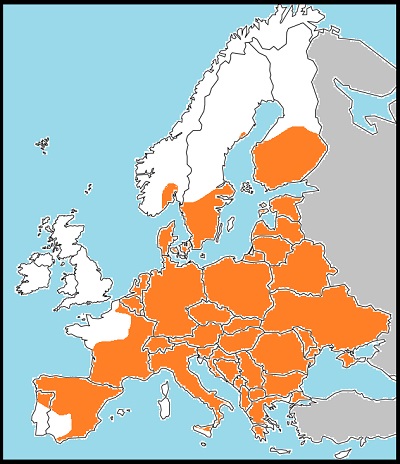 This fritillary is common over much of its range but rather local in my experience. It flies in a single brood from May (in the south) to August over meadows, rough grassland, hillsides and open woodland.


The upperside is similar to that of the high brown fritillary, except that the male has much weaker sex brands and the forewing outer margins of both sexes are generally slightly convex rather than concave. The third spot down in the submarginal series on the forewing upperside is slightly displaced inwards, as in high brown but distinguishing both species from dark green. The underside comes in two chief forms, the so-called 'nominate' form and form eris. This latter, which is actually commoner in the south, including Switzerland, and  the only form in much of Spain, has yellow spots on the hindwing rather than silver. In both forms, the veins and transverse lines on the underside hindwing are black, giving the species a very characteristic appearance. There is also a white spot near the base of the cell that normally contains a small black dot. This is distinctive when present and not found in the high brown fritillary.

Niobe fritillary caterpillars feed on violets, including dog violet and sweet violet. Eggs are laid on dead vegetation in the summer and the caterpillar waits within them till spring before hatching and beginning to feed. I have seen a female (shown above) apparently laying on a lichen-covered tree trunk, though as I didn't have time to search for the eggs I don't know if any were actually laid.