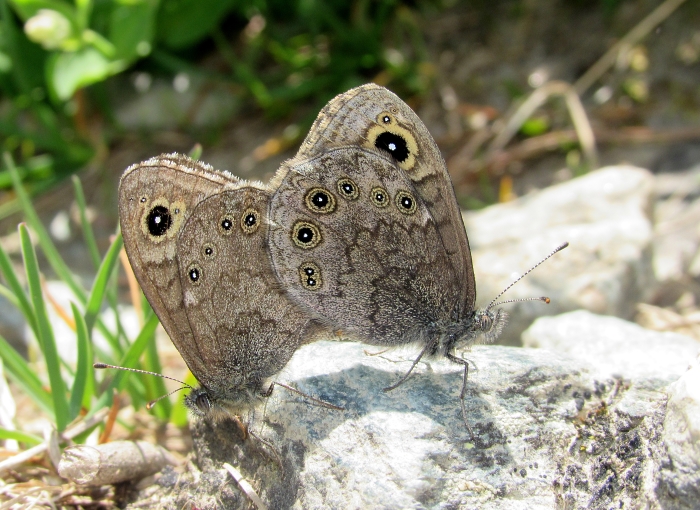 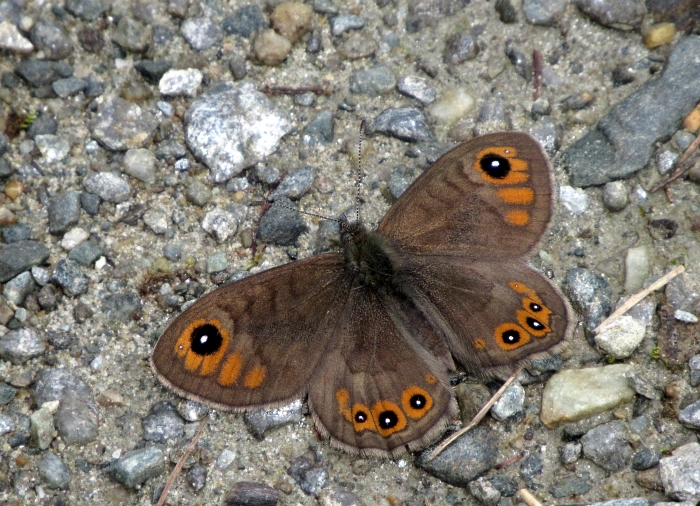 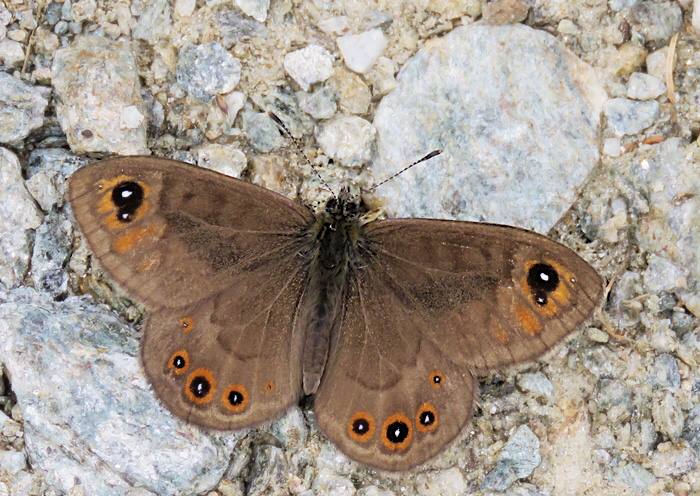 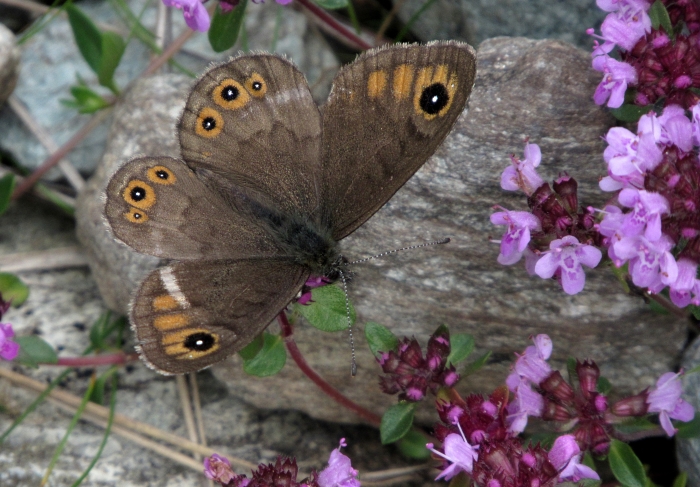 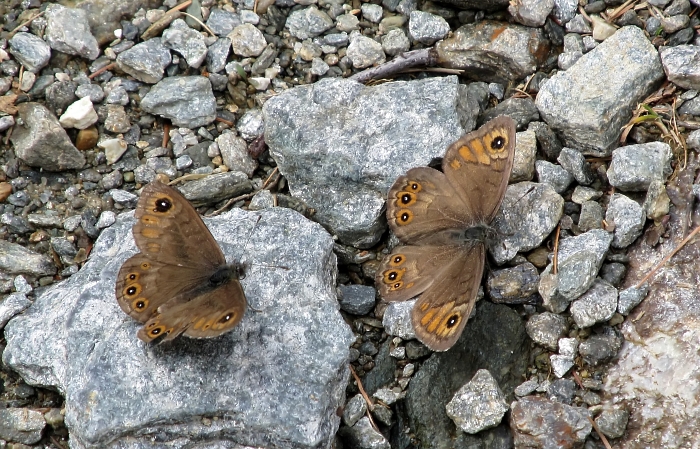 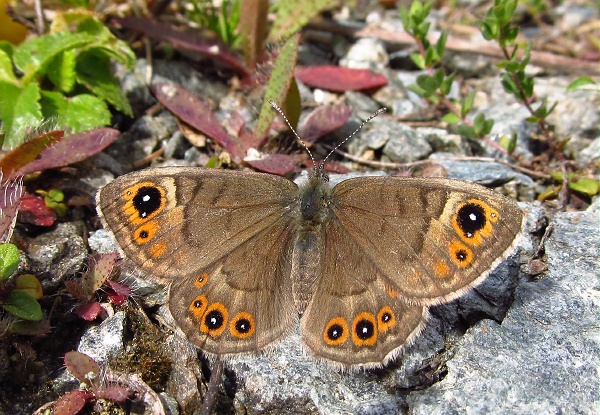 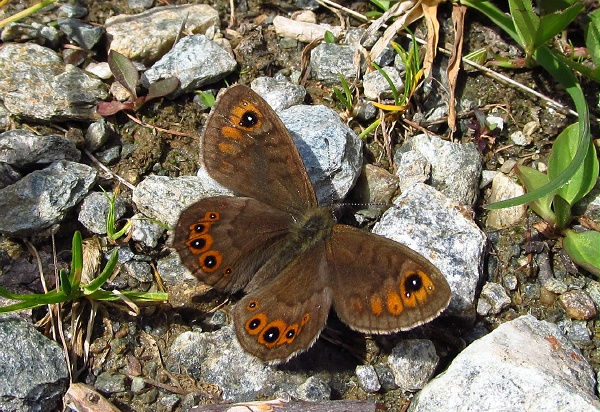 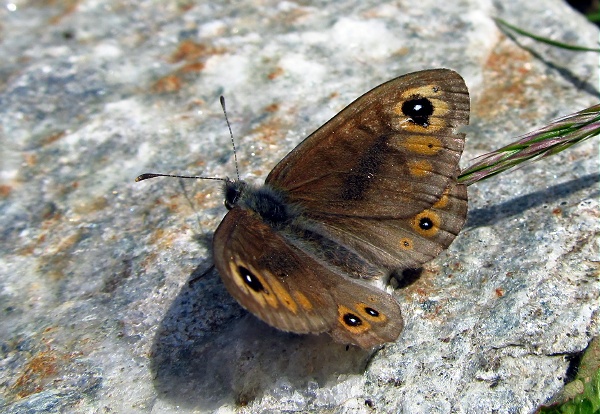 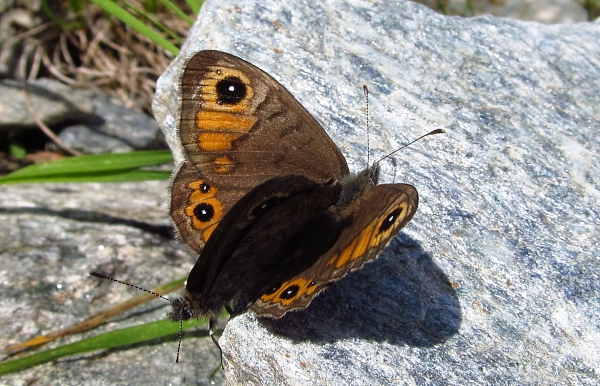 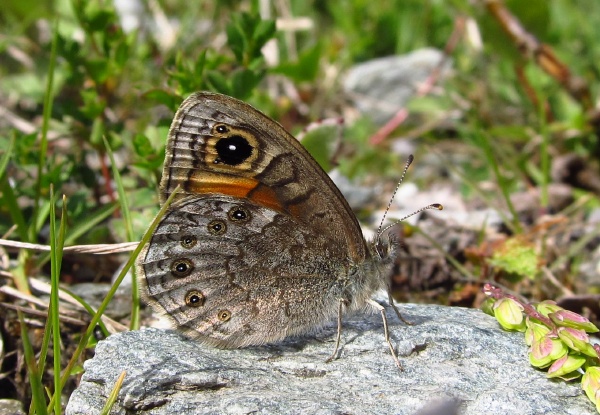 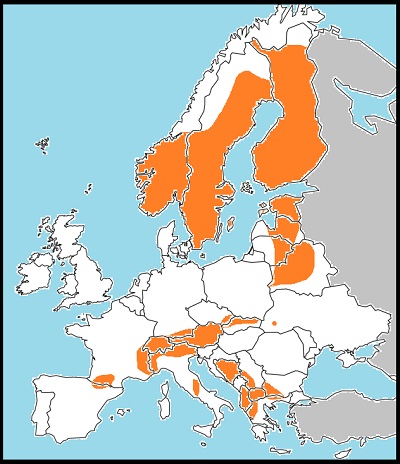 The northern wall is the upland specialist in the wall group, Lasiommata. It is more local than its cogeners but may be very common where found - typically in open, sunny places with rocks and low vegetation. It is particularly fond of basking on rocks, often in exposed places on tracks or scree and is less commonly seen taking nectar. Although it flies up to alpine levels - well over 2000m - it may also be seen in hot valleys in mountainous regions. I have found it near Martigny in the Rhône Valley of Switzerland.

In appearance, this is a smallish, dark wall. From a distance, a male may even resemble an Erebia species, with the orange postiscal band set against the deep brown ground colour, but in behaviour and jizz it is very different. Some large walls are similar in overall pattern - especially males, which are typically darker than females - but may always be separated by the upperside of the hindwing. The northern wall has a dark, wavy, transverse line across the middle, usually with a slightly paler area outside this. There may be a hint of this line in the large wall but it is never so complete or obvious. Like the large wall but unlike the wall, the northern wall usually has double-ringed ocelli on the underside hindwing. The underside of the forewing has a broad, grey costal area, further aiding identification when this is visible - the area is generally brighter in large wall and always brighter in wall.

The northern wall is single-brooded, flying from April in the south and at low altitudes through until the end of July or early August. It may hibernate as a larva or a pupa. The foodplants are various grasses.