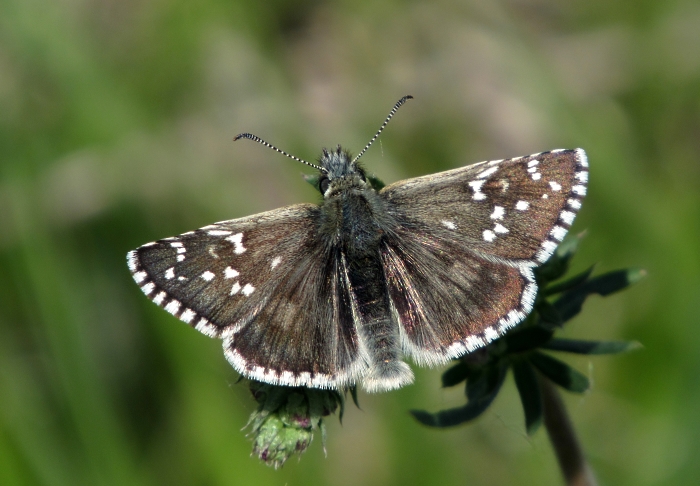 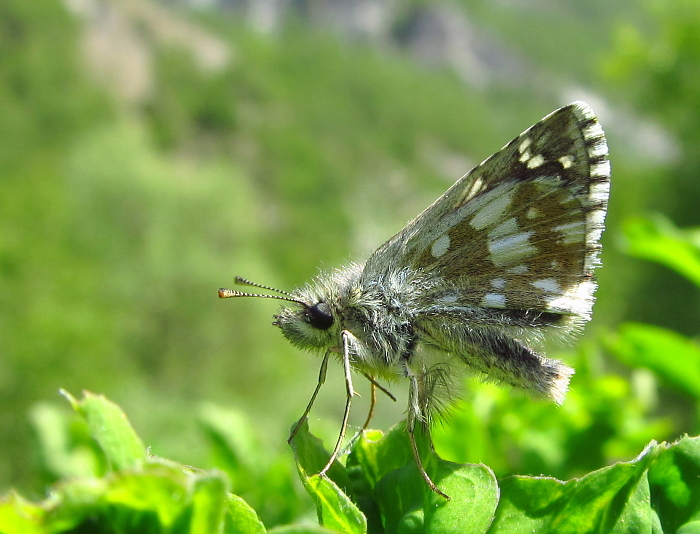 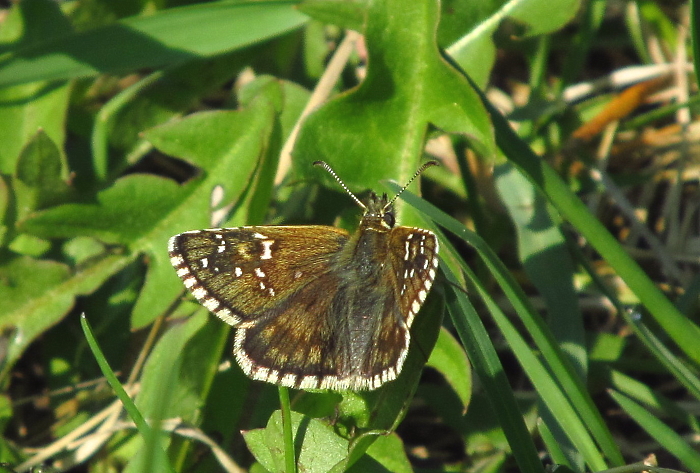 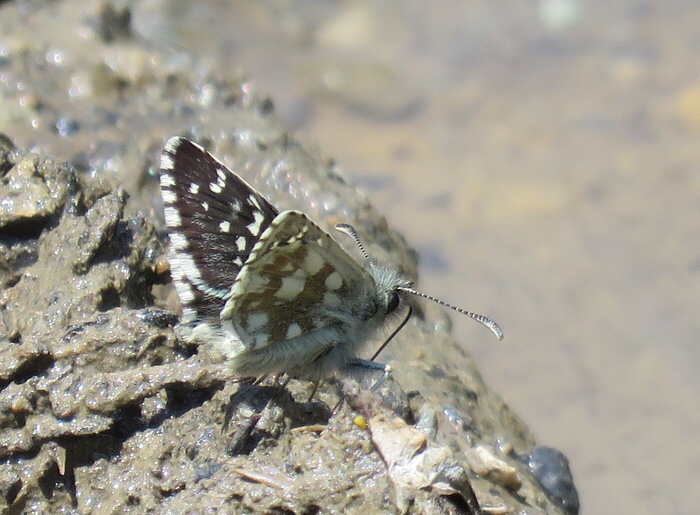 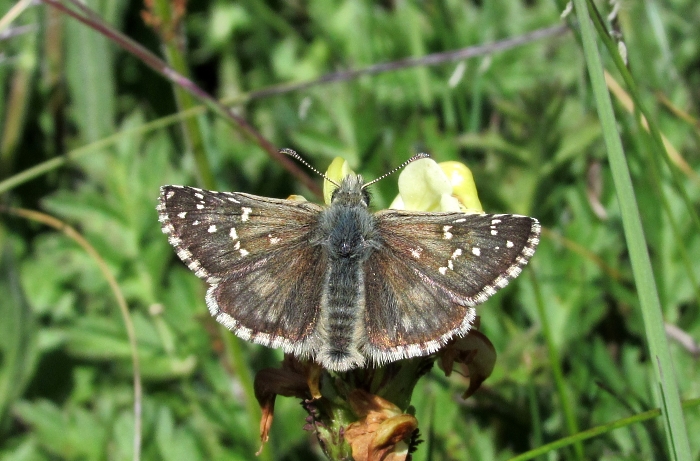 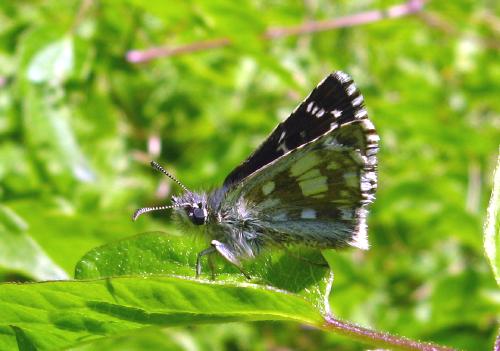 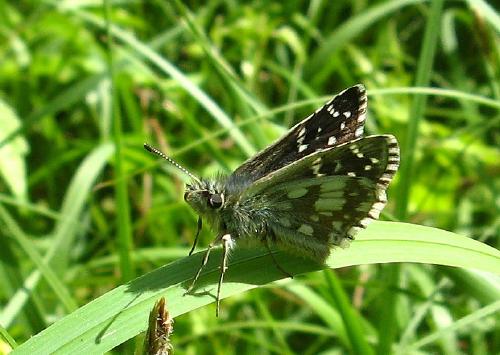 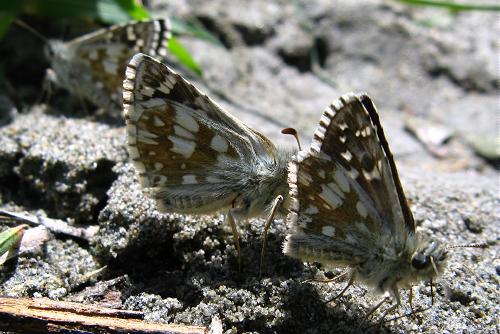 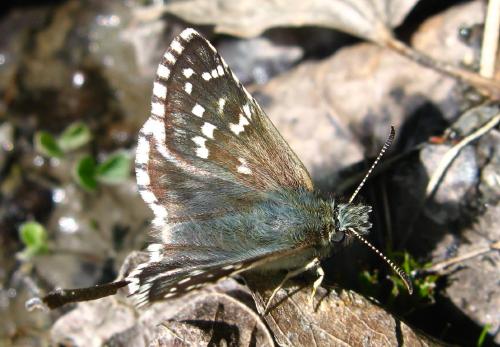 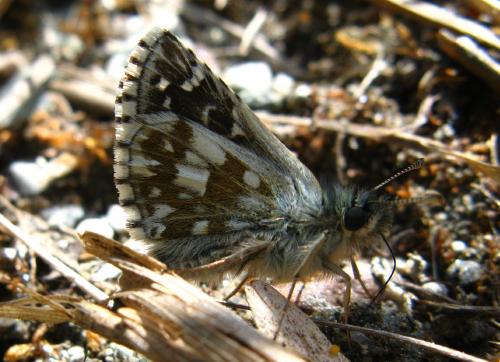 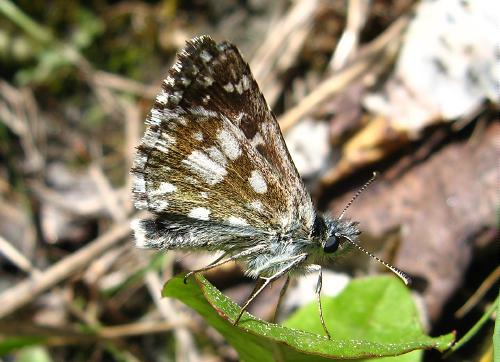 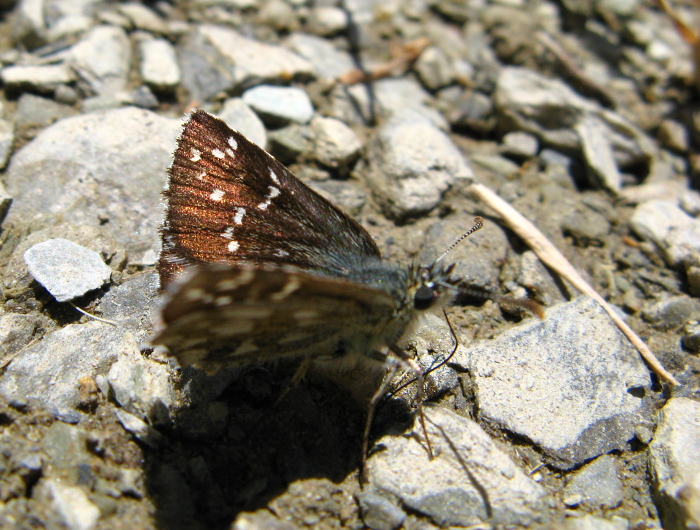 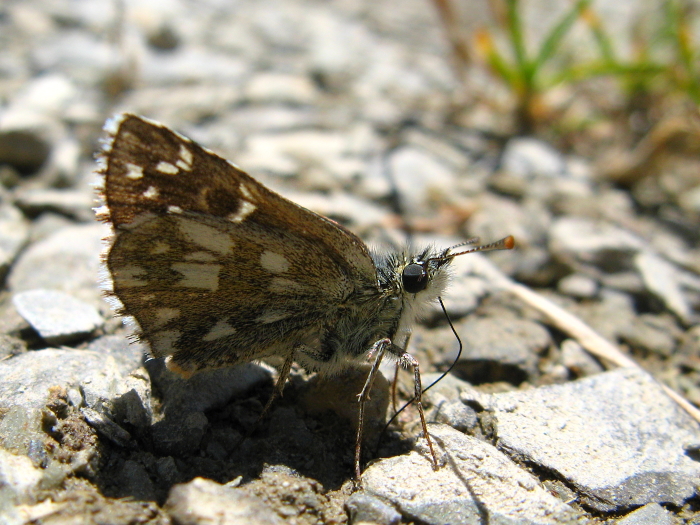 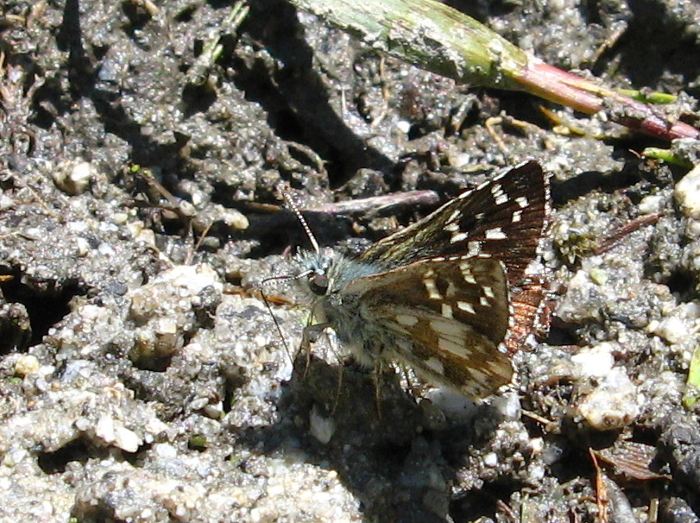 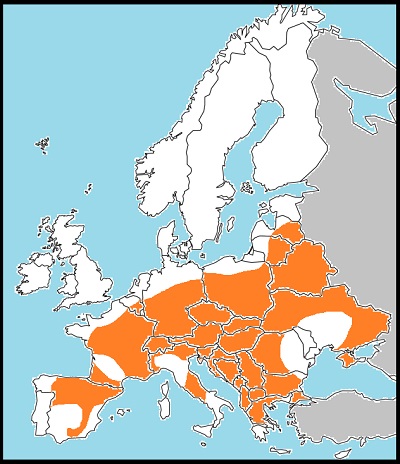 The olive skipper is widespread, though its distribution in the east of its range is much more scattered than the map above might suggest. It is common in the Alps and Pyrenees, from valley level to the high mountains, wherever there scrubland with grass and flowers well exposed to the sun. In Switzerland I find it in the heat of the Rhône Valley and at over 2000m on my local mountain. I have also seen it commonly in the Pyrenees, though in the old days, when I went there more, I wasn't so good at recognising it.

In appearance, it is a very typical Pyrgus, and in fact quite variable. The books suggest the upperside spots are sparse and small - and sometimes they are. Often, however, the forewings are very well marked, with some of the spots even confluent. The hindwing markings are generally very obscure and ill defined. Females often have a characteristic brassy suffusion on the upperside and are generally a deeper brown than the males. The underside is most distinctive. The hindwing ground colour is deep olive green and the veins are the same colour, so though their relief might catch the light they are generally inconspicuous. This gives the underside a characteristic texture and feel. The basal spot near the costa of the underside hindwing is oval and discrete, not linked to the margin or other spots - a strong diagnostic character - and the discal spots in ss. 2 and 3 are small or absent. Once the pattern is known it is instantly recognisable. Sometimes the marginal white band is more or less complete, as in the safflower skipper, but it is not as broad or obvious as in that species.

The caterpillars feed on various Potentilla species and hibernate in their fourth instar. The adults fly in a single, protracted generation from April or May through to July.