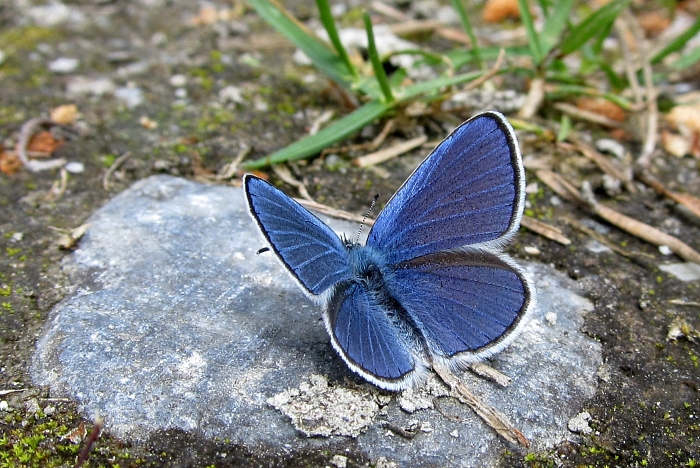 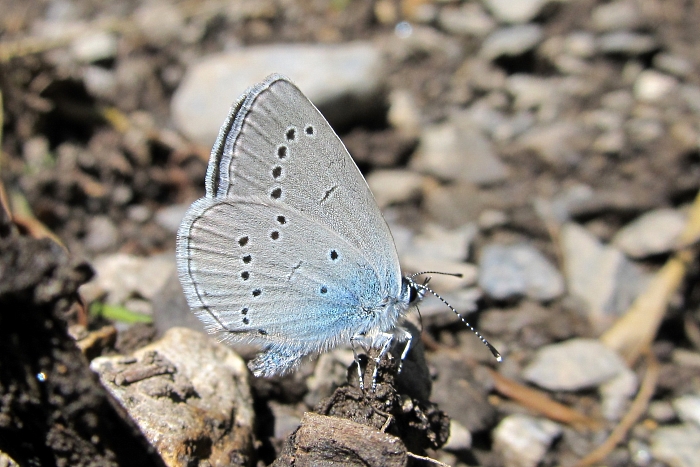 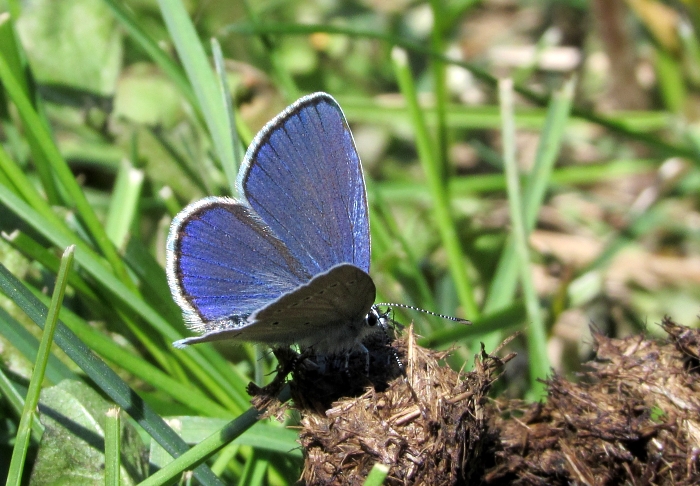 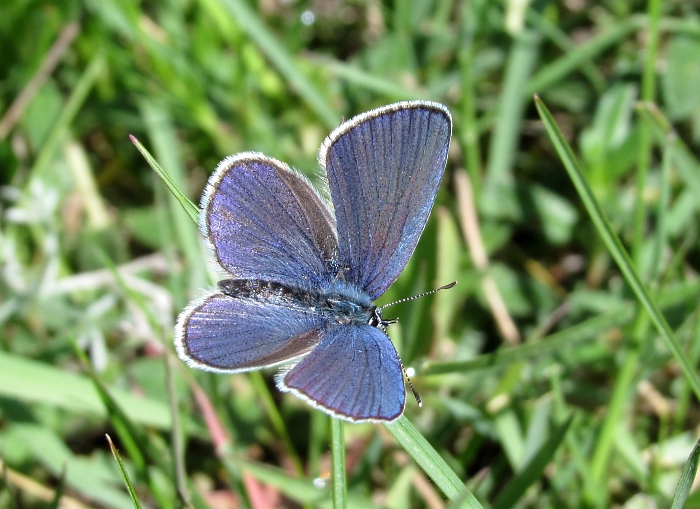 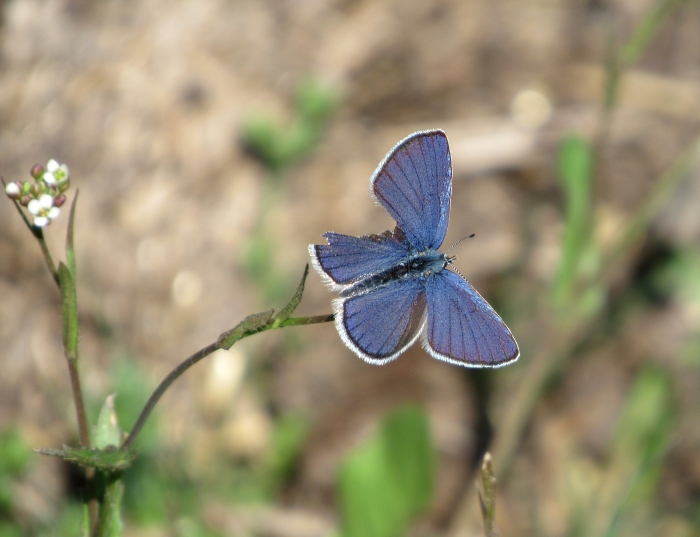 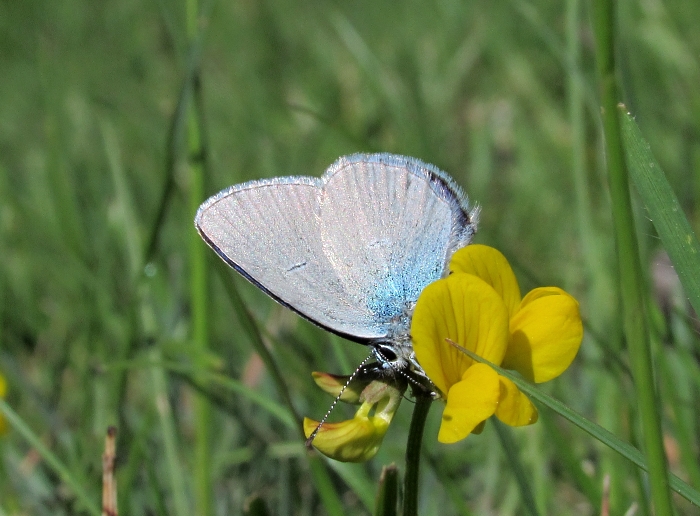 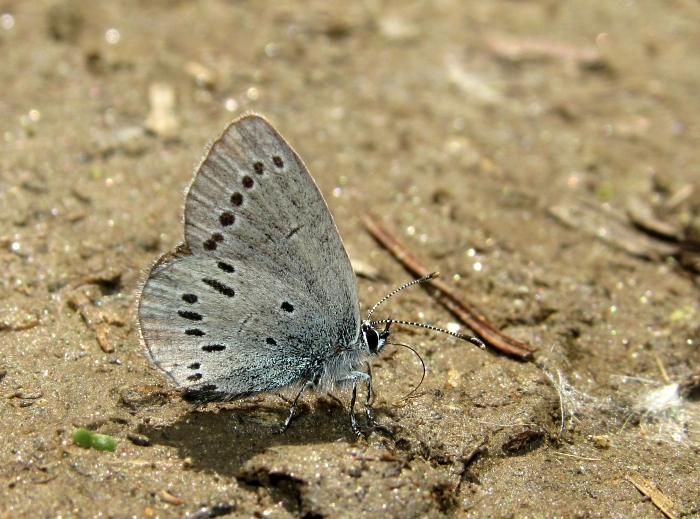 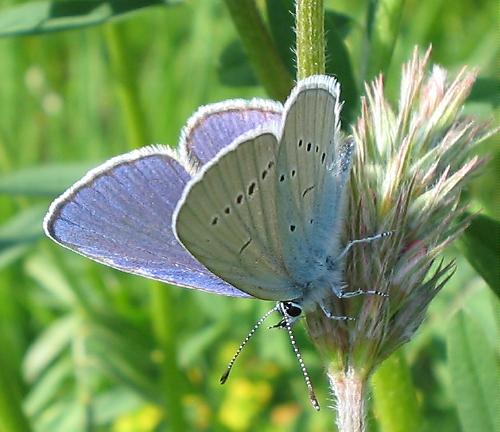 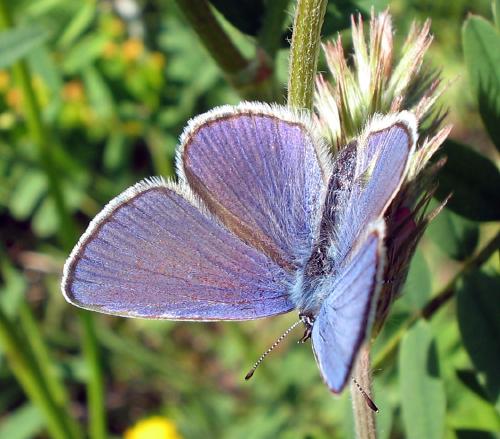 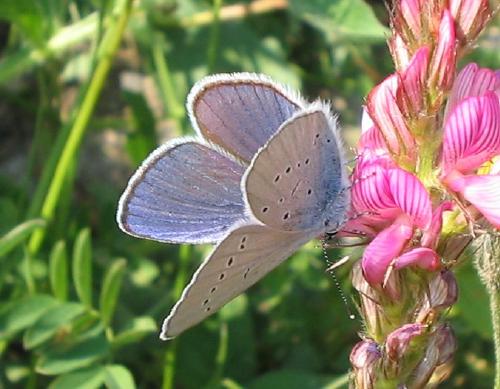 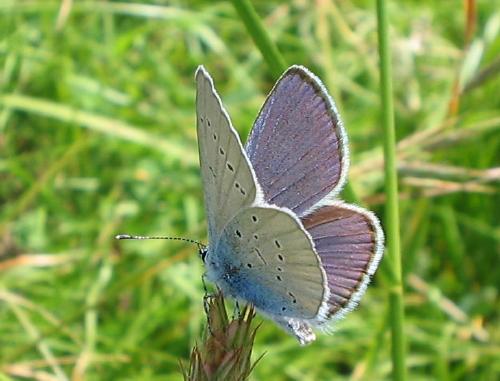 This picture was taken two days after the above one, at the same site. I think it is the same butterfly... 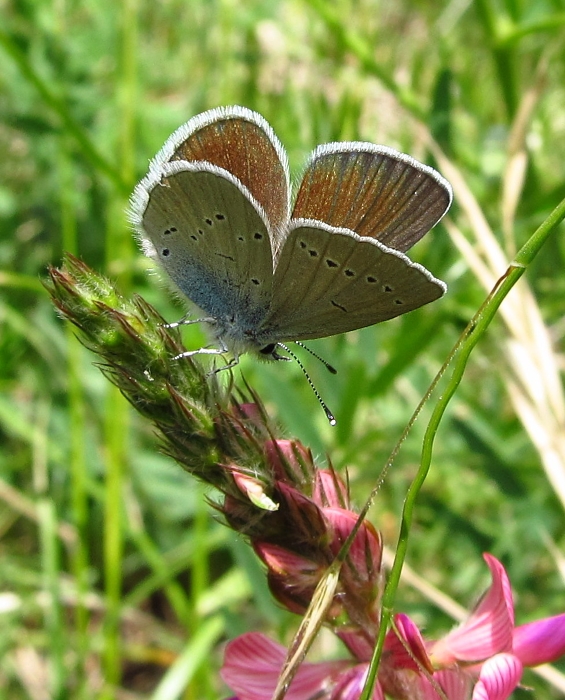 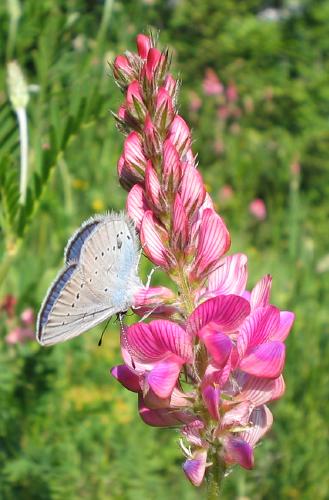 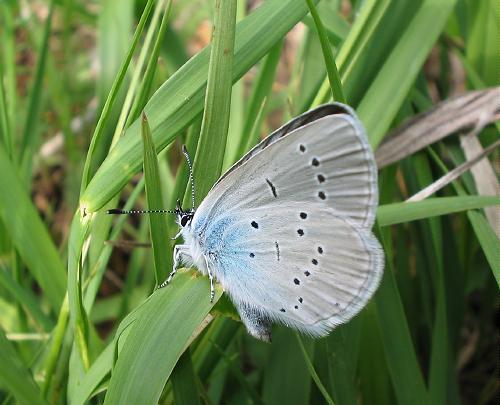 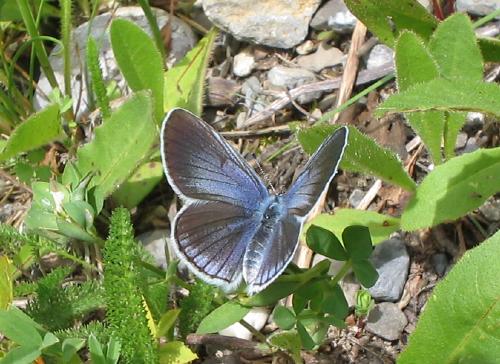 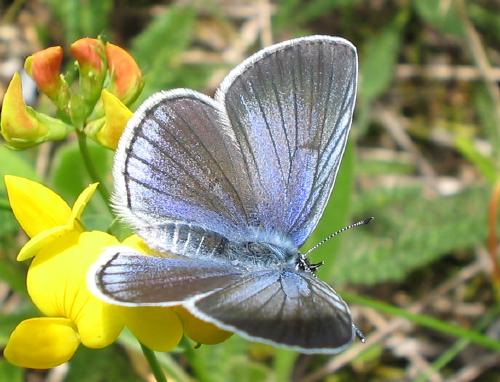 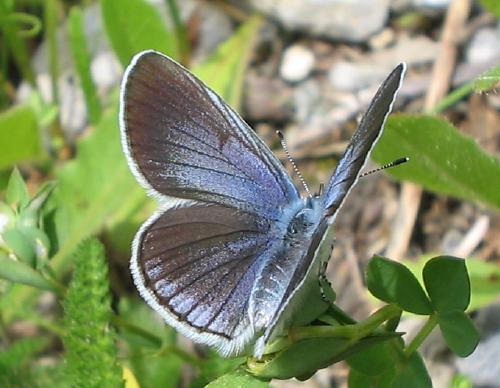 Another shot of the same butterfly! 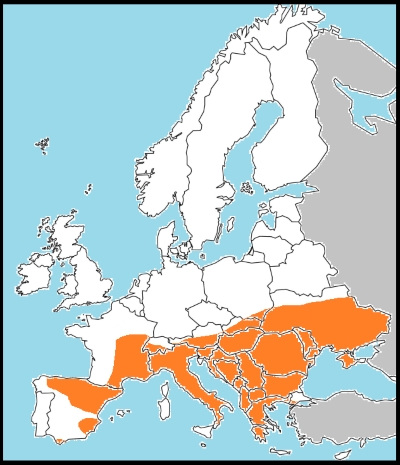 Osiris blues are relatively uncommon butterflies, found from West Switzerland through to North Spain and Italy, and also more widely but sparsely further east. They fly in grassy meadows where the foodplant, sainfoin, grows, often on south-facing slopes or by the side of roads. I see them regularly at the same sites, usually in ones and twos, rather than great congregations like so many blues. Males readily come to minerals and dung, females less. These are more often to be seen on or near the foodplant.

Males are easy to identify. The upperside is a deep, matt blue, neatly bordered with a narrow, black line. The underside is a bright, slightly bluish white. Care should be taken with male Provenēal short-tailed blues, which may almost completely lack a tail and look superficially similar, but these have brighter uppersides and at least a kink in the hindwing margin. Worn individuals might also be mistaken for mazarine blue. This latter has broader upperside margins, less bright white undersides, and critically, the upper two spots in the post-discal series on the underwing hindwing point outwards, towards the outer margin, making a broadly oblique angle with the third. In Osiris blue these two spots are perpendicular to the wing edge, or even point slightly inwards, usually making a right angle with the next spot (if this angle is oblique, it is because of the position of the third spot). Females are very similar to little blues. Usually, but not always, there is some blue in the basal regions of the wings - sometimes a great deal, as in the last female illustrated above. Female little blues are completely brown. Osiris blues are also typically larger, but alpine populations of little blue can be large too.

Osiris blues are said to be bivoltine, flying in April-June and then July-September. In Switzerland I have only seen a single brood. This flies well into July at altitude but is usually over by mid-June in the valley. I suspect the species is bivoltine only in the more southerly parts of its range. It overwinters as a larva, entering diapause early where it is single-brooded. Various species of sainfoin are taken as foodplant.