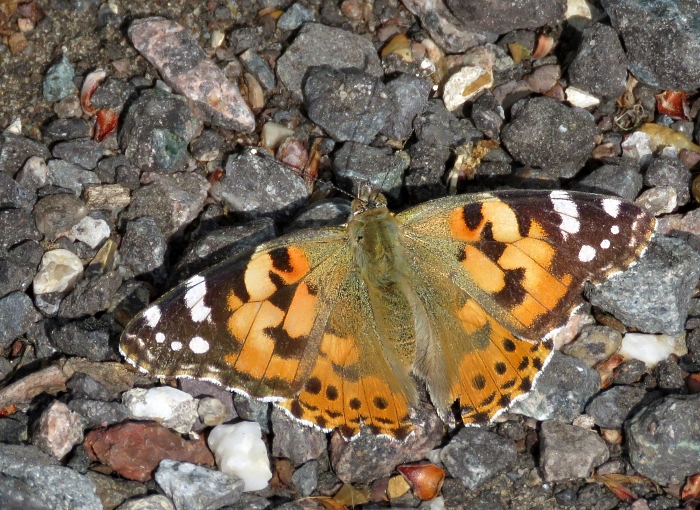 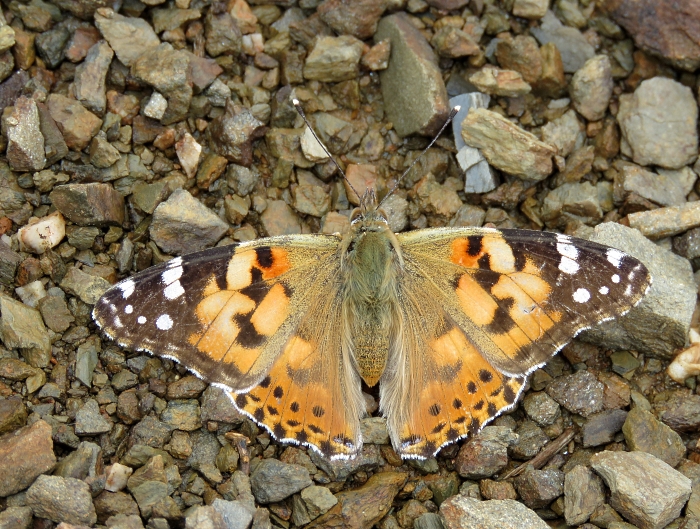 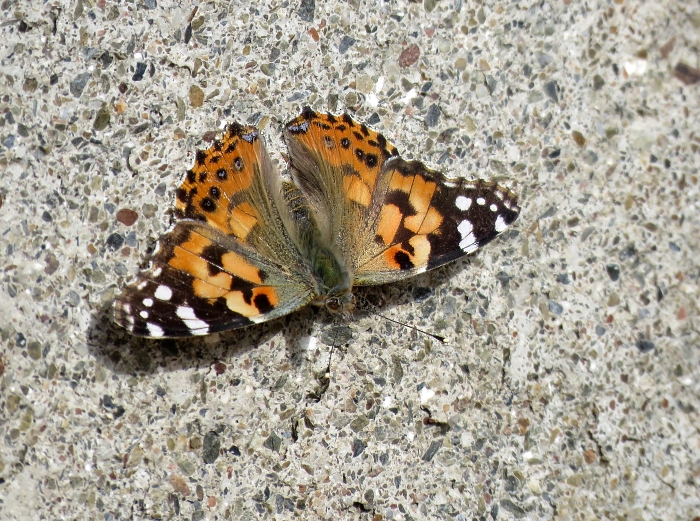 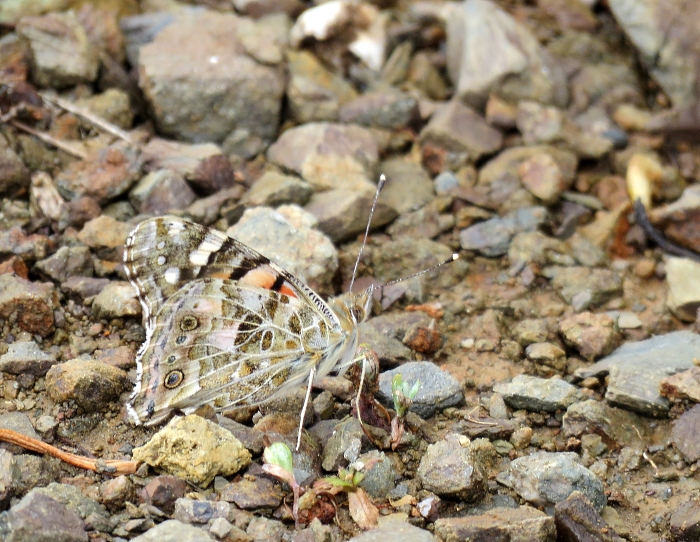 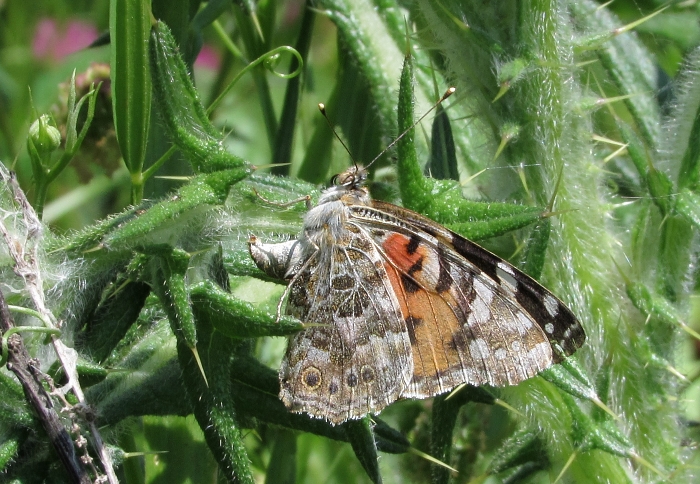 Female ovipositing on thistle, Switzerland, May 2015 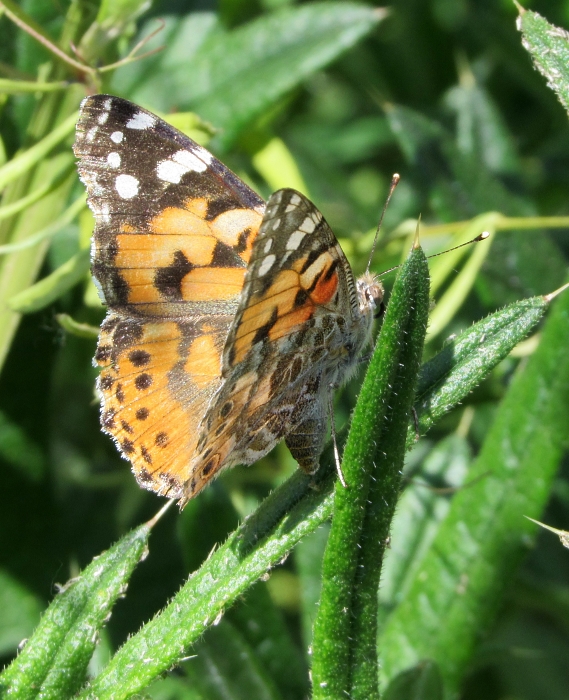 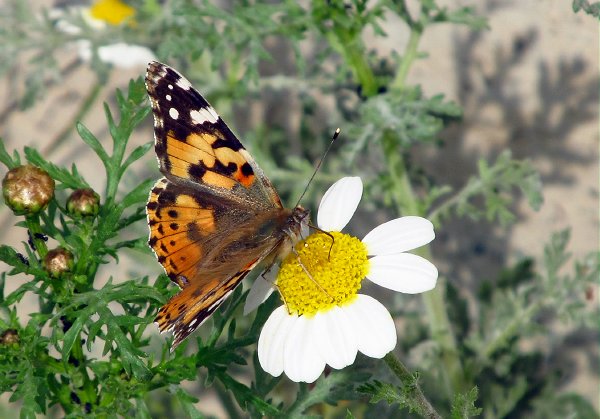 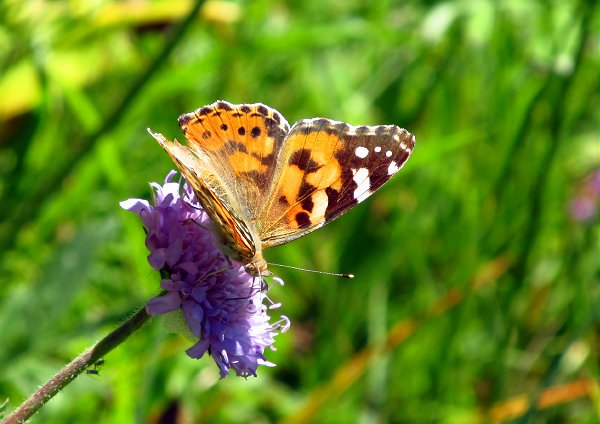 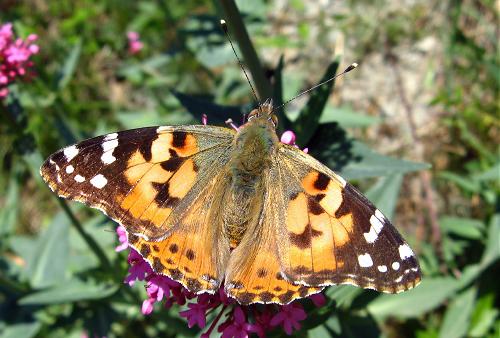 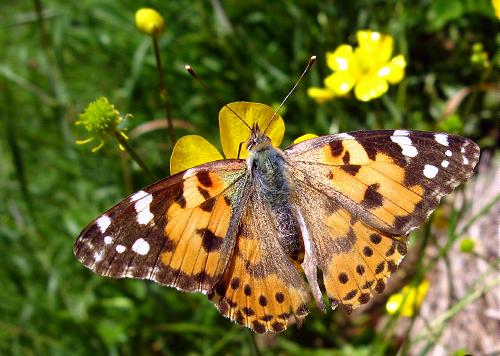 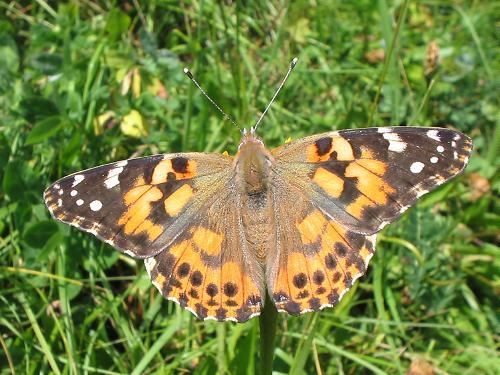 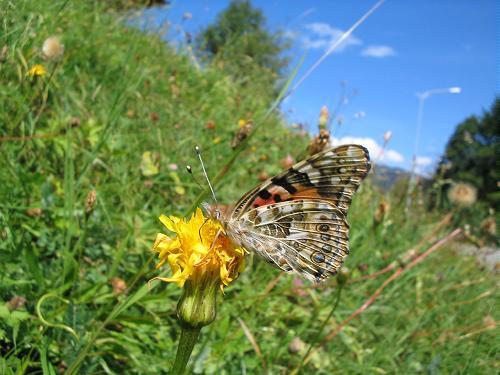 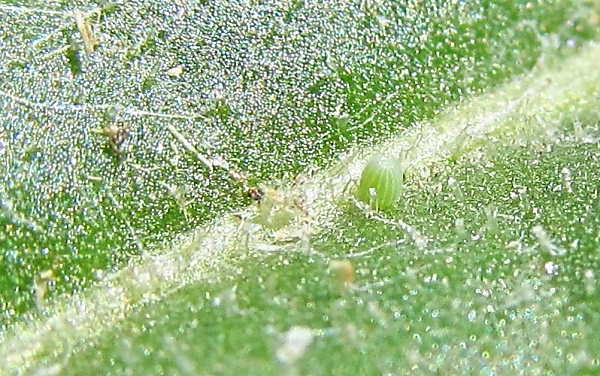 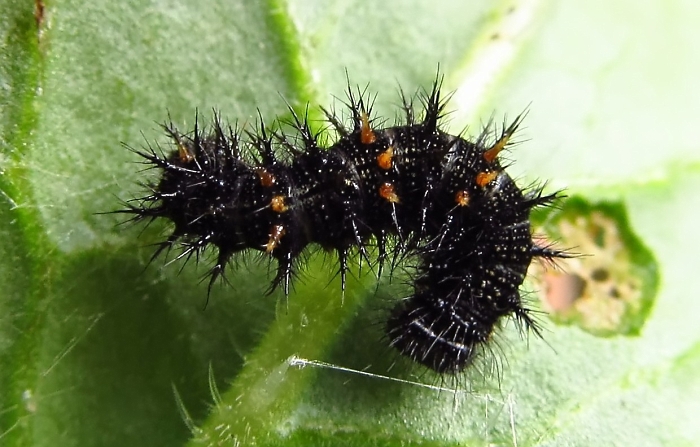 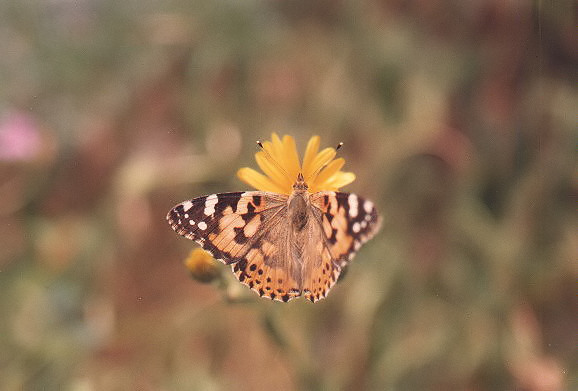 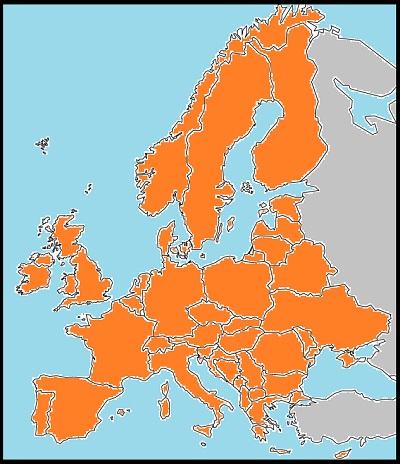 The painted lady is a remarkable butterfly. It is not a permanent resident anywhere in Europe (with the possible exception of localised areas in the Mediterranean) but arrives here in the spring from North Africa and breeds continuously throughout the summer. In the late summer and early autumn it is now known to fly south again, using high airstreams and so not visible to terrestrial observers. This dependence on migration means its numbers fluctuate greatly, especially in northern Europe. In some years its numbers explode to almost plague proportions (most recently, 2009, and to a lesser extent, 2019), in others it is almost absent. 2005 was such a very poor year. I saw none at all in Switzerland until August (my first for the year was seen in Spain in July), when I saw a total of about three.

There is unlikely to be any problem with identification. No true European native even distantly resemble the painted lady. The red admiral has a similar structure and underlying pattern but the colour scheme is so different, with its smart black-and-red upperside and dark underside there is not possibility of confusion. An American cousin of the painted lady, the American painted lady, Vanessa virginiensis, has established very local populations in Spain and Portugal and is also permanently resident in the Canaries. This is similar to the painted lady above but with less dark on the hindwings and conspicuous blue centres to two (or sometimes more) of the dark postdiscal spots. Beware: the painted lady often has blue scales in these spots, but when present they are more or less equally distributed between the spots, not just in two or three. Beneath, the American painted lady has just two large eyespots on the hindwing, without smaller spots between.

The main foodplant, as the Latin name suggests, is thistle. A wide range of other plants are used including burdocks, nettles and mallows. The caterpillar shown above was photographed on borage. There is no diapause stage: painted ladies are continuous brooded, relying on migration to reach areas with significant cold periods during the winter. Thanks to its remarkable flight ability, this species is virtually cosmopolitan, being found in Europe, Africa, Asia, North America and even Australia. It is absent from South America, where several close relatives fly.