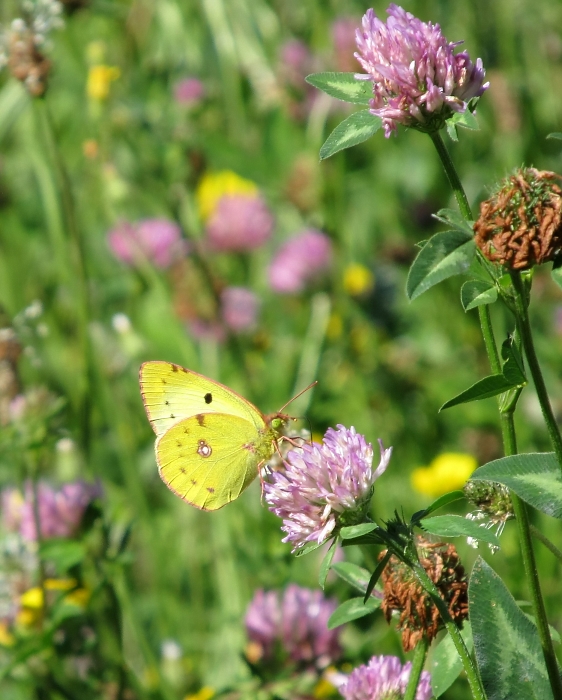 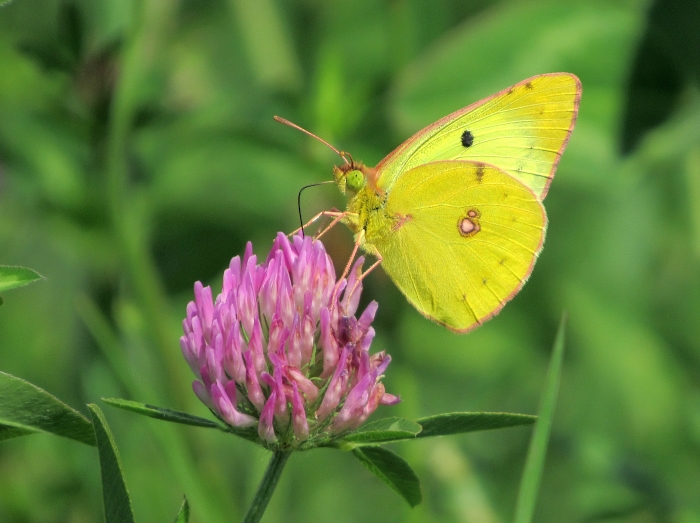 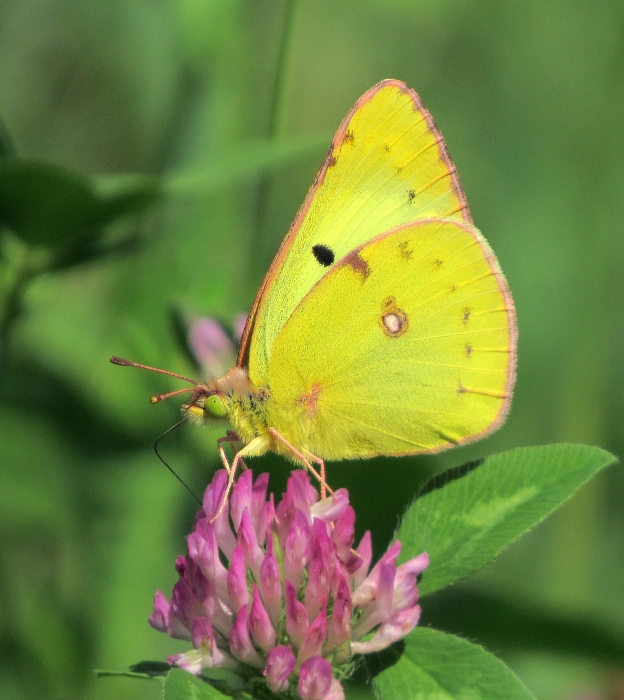 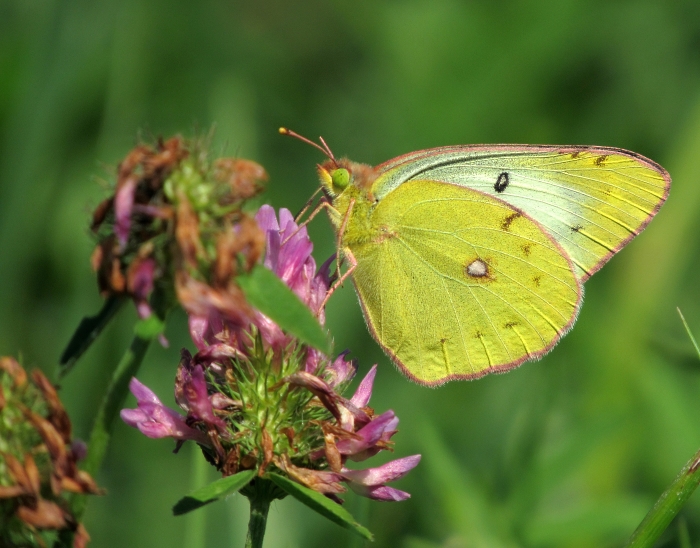 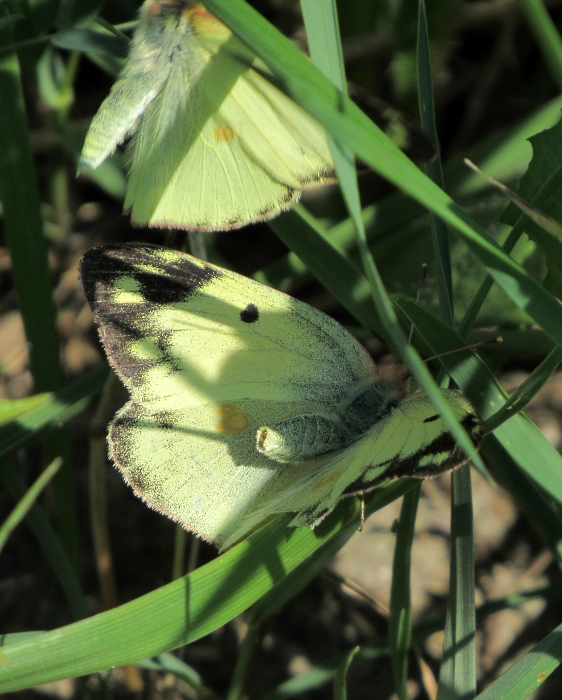 Male above, female (rejecting) below, Switzerland, July 2018
The female looks much yellower above here than she did in real life - the upperside is essentially white. 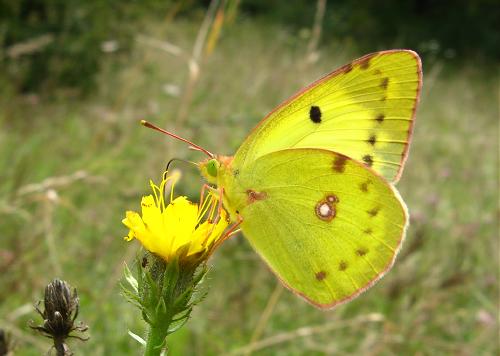 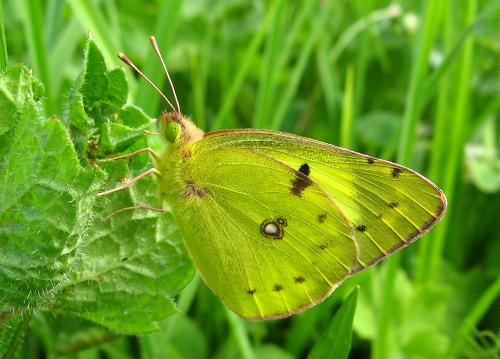 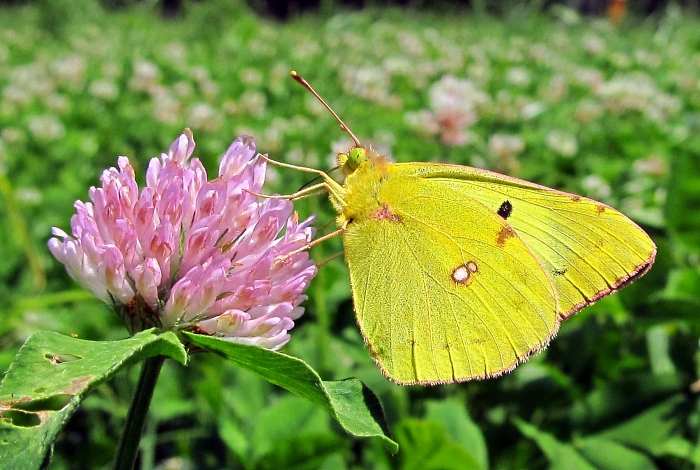 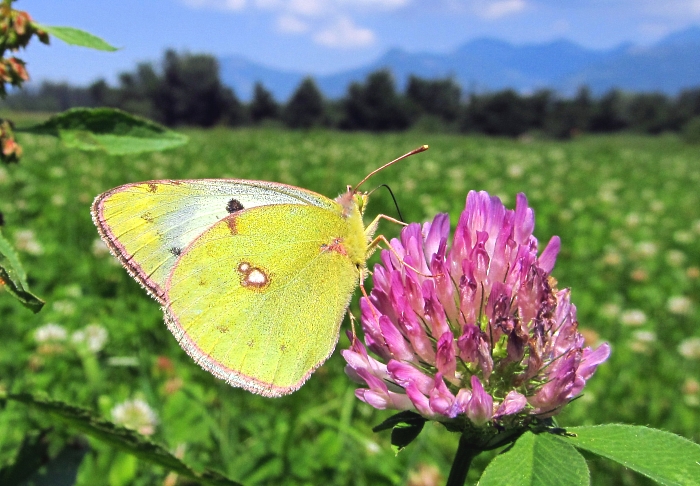 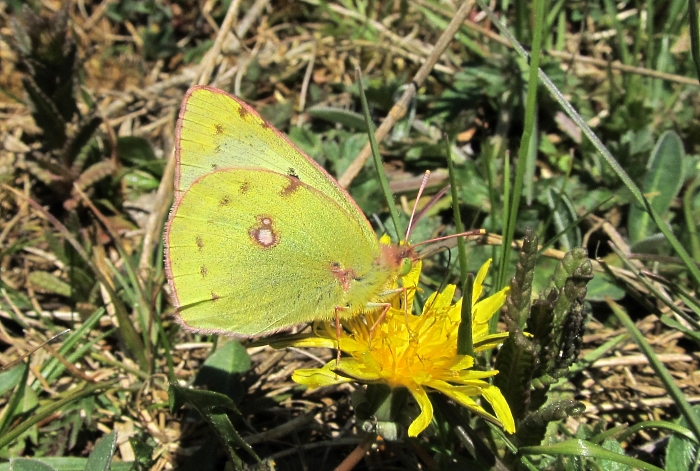 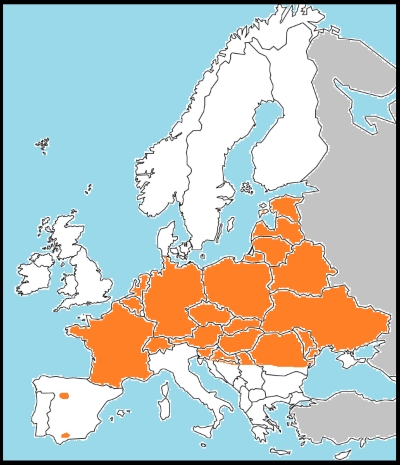 Thee is no real risk of confusion with the clouded yellow as the normal ground colours of these species are so different. In the case of f. helice - the white form of the female clouded yellow - it may be necessary to have a view of the upperside to be sure. In helice the pale submarginal spots towards the trailing edge of the forewing (often there is just one spot) are more or less completely enclosed within the dark band. In pale clouded (and more so in Berger's clouded) the dark band tapers, leaving these spots open to the yellow ground. Differentiating between pale clouded and Berger's clouded yellows is more difficult and it is probably impossible to be 100% certain of identity in the field (unless a laying female or a caterpillar is found). The wings are slightly more pointed at the apex in pale clouded and the colour of the male is less bright. In the hand (or looking through the wings into the sun) more dark can be seen around the wing edges in pale clouded yellow and the dark basal area of the forewing upperside is more fanshaped (rather than extending predominantly along the trailing edge). The orange spot on the upperside of the hindwing is also much brighter orange in Berger's.None of these features is diagnostic on its own.

Berger's clouded yellow is the predominant species in the Alps and on calcareous soils, where it forms relatively sedentary colonies associated with horseshoe vetch. Pale clouded yellow is more mobile and may be found on almost any terrain. The caterpillars also take a wider variety of foodplants. Nevertheless, it does seem to have a strong preference for clover and I habitually locate temporary colonies by searching clover fields in June and later, especially in areas where I know Berger's does not fly. I am confident of the identity of all the insects shown above.

This species hibernates as a young larva.