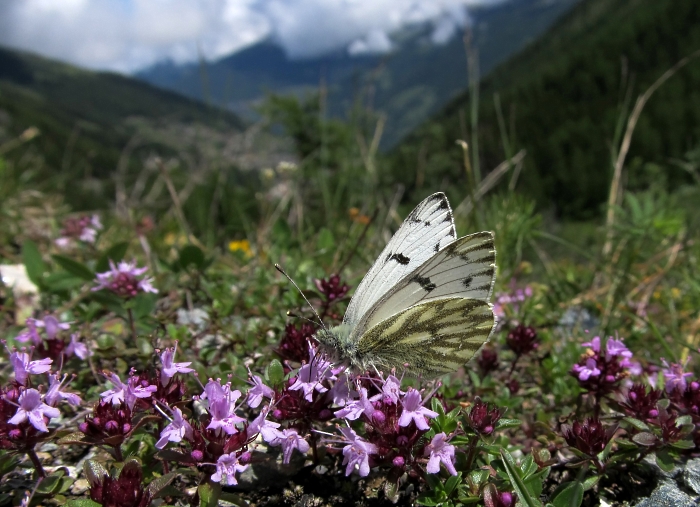 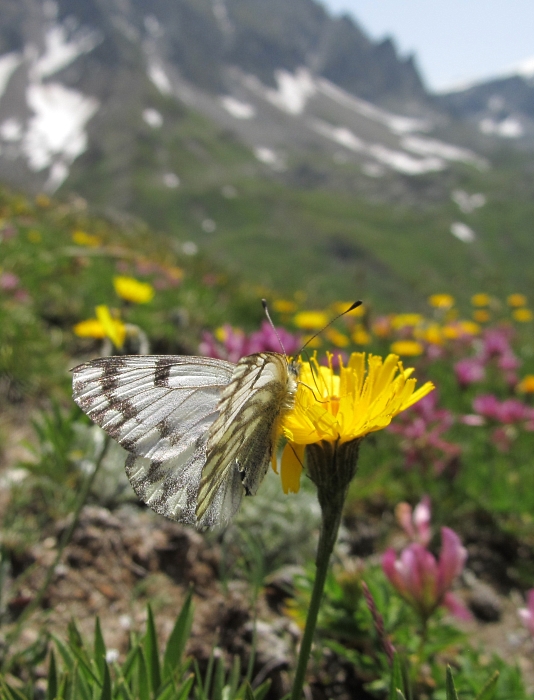 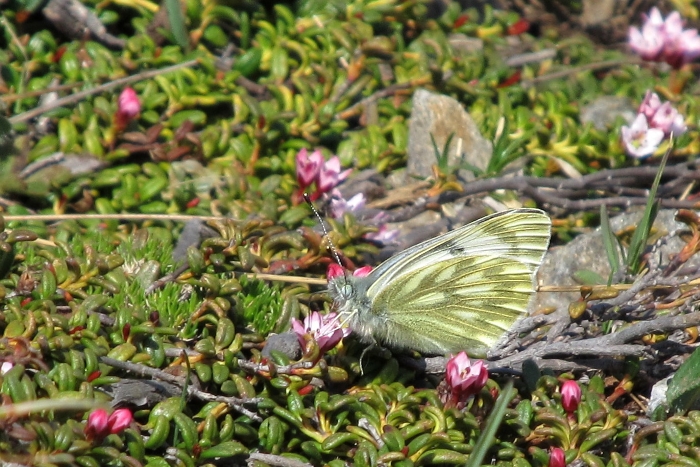 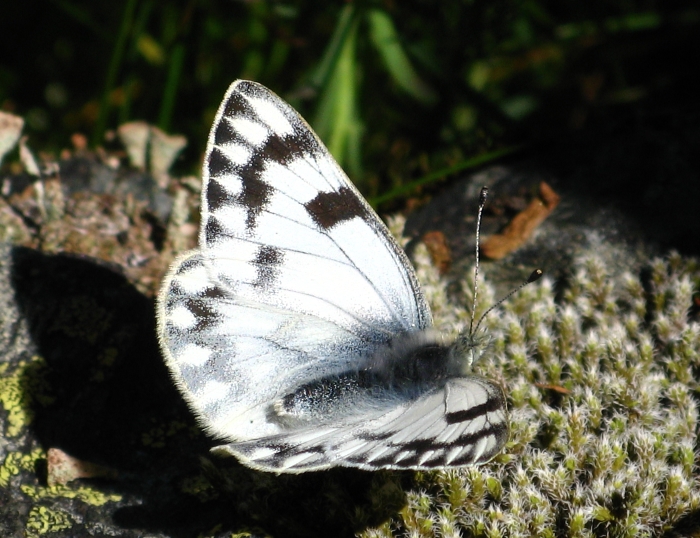 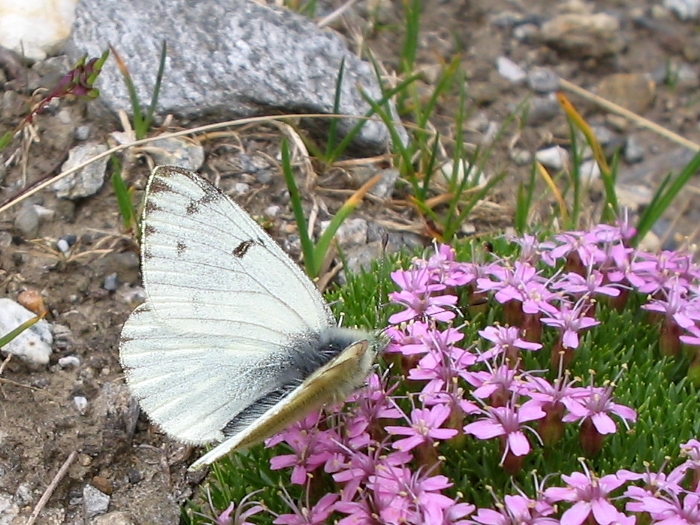 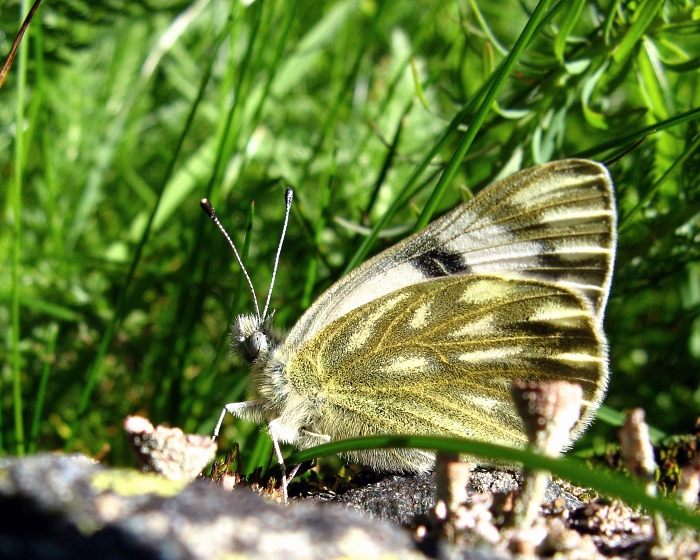 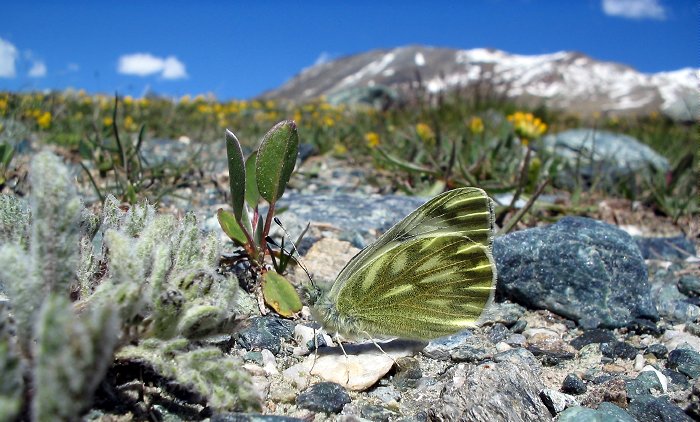 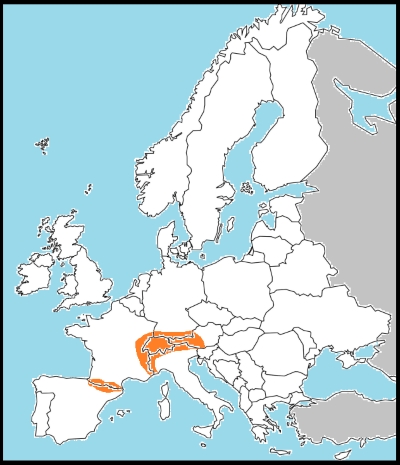 The peak white is closely related to the Bath whites but exclusively a creature of high mountains, both in the Alps and the Pyrenees, flying in a single brood mainly in June and July, extending into August. Like its relatives it is a fast flier, wary of approach and not easy to photograph.

The underside hindwing is rather beautiful and absolutely distinctive when seen, being marked with sweeping chevrons on a green ground. Nothing else looks similar. From the upperside, the male resembles a rather weakly marked Bath white, while the female looks like a heavily marked one! But the whole character of the butterfly is so different - and the peak white is bigger - that confusion is very unlikely. If you are on high alpine tundra and a white zooms past it is most likely this species.

Eggs are laid on various plants in the cabbage family and the species passes the winter as a chrysalis, well protected beneath the snow!