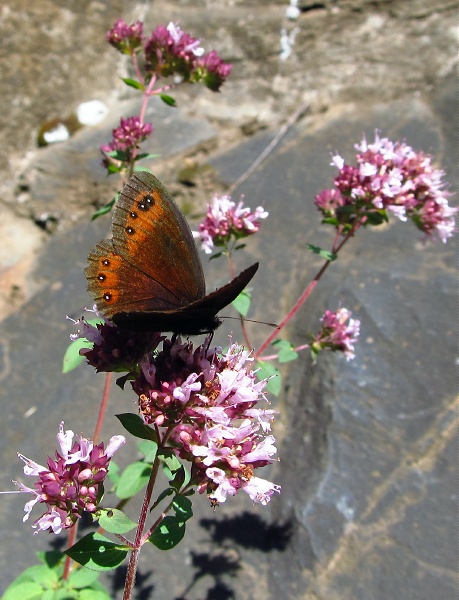 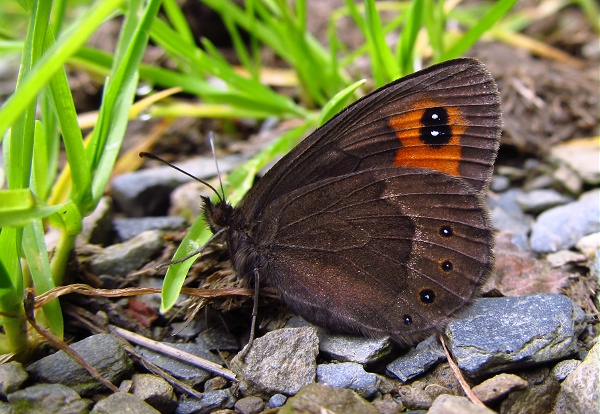 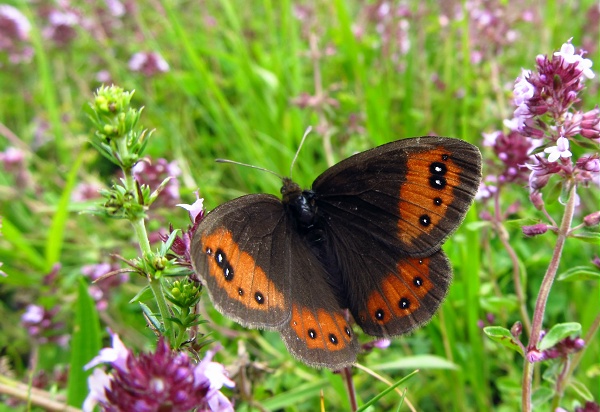 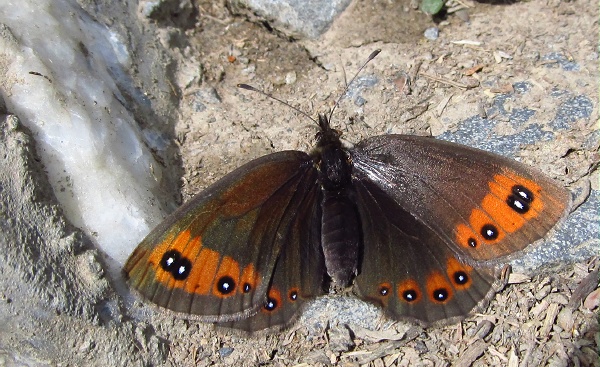 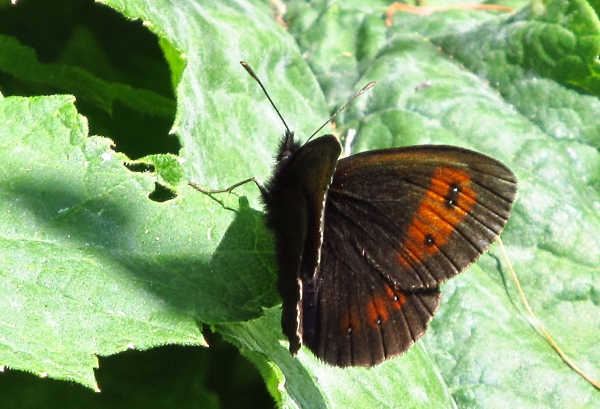 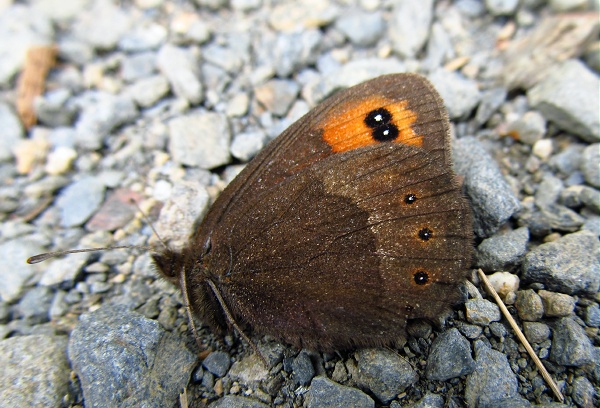 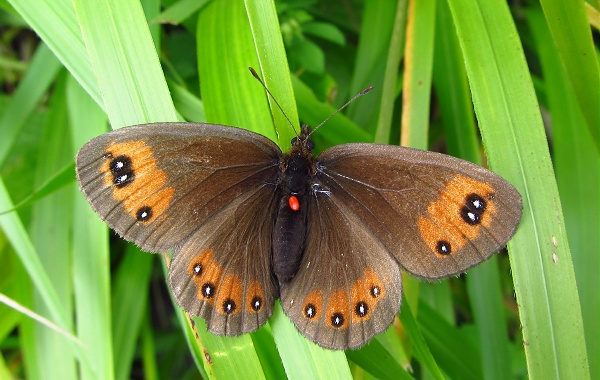 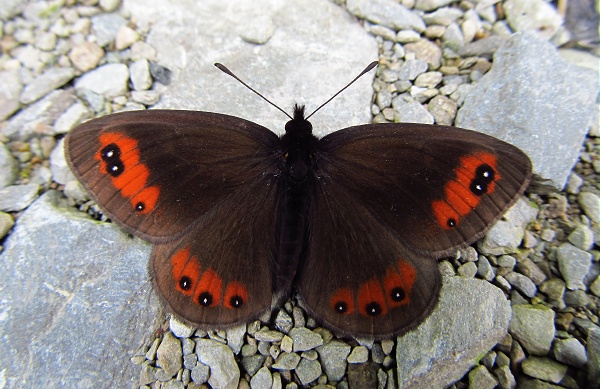 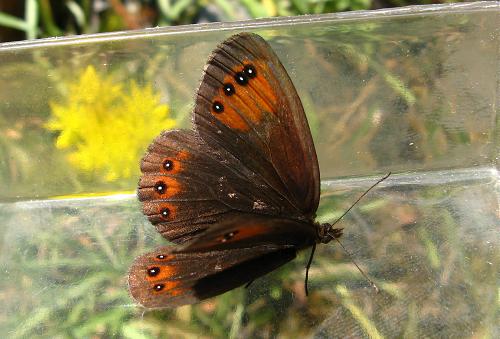 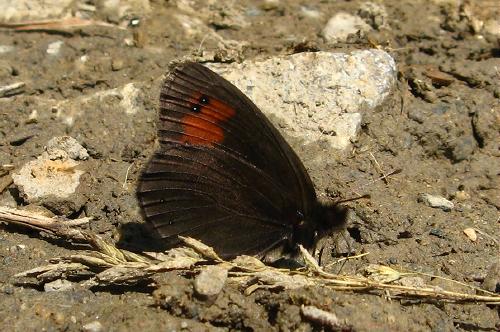 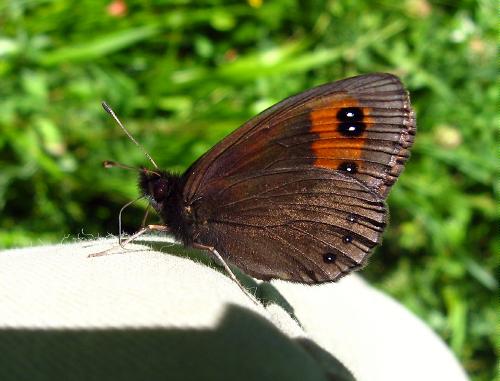 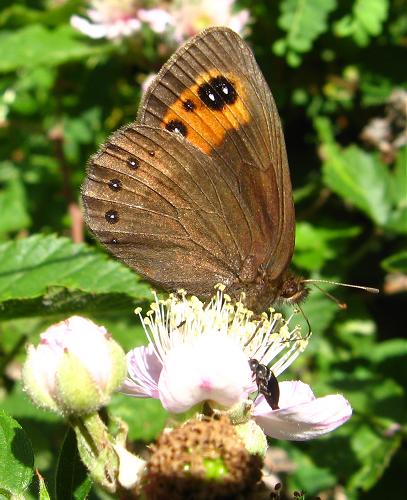 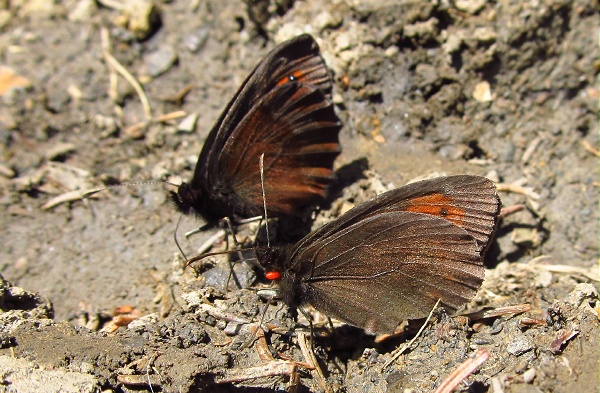 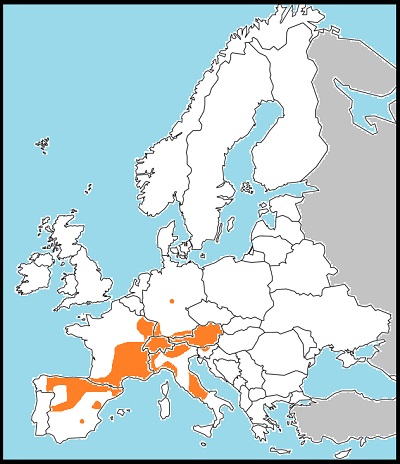 
This butterfly is widespread and sometimes very common in the mountains of western Europe. I find it abundantly along flowery tracks in the Val d'Aran, in the Spanish Pyrenees, though much less often in the Alps. It obviously flies on my local mountains, as I have occasionally come across an individual, but it is always an event to find one.

The Piedmont ringlet is very variable but certain features are constant and it is usually easy to identify. It is a medium to large Erebia, with upperside and underside different. The male underside is smooth and dark, with the post-discal spots on the hindwing very narrowly (or not at all) edged in red. There is often a whitish tide mark across the middle of the hindwing. The female underside is similar, but paler. On the upperside, there are conspiuous white-pupilled eyespots, usually set in a broad, red band on forewing and hindwing, though some forms have reduced markings on all wings. On the hindwing, the eyespots are very obviously on the outer edge of the red band (or the outer part of red spots) rather than central. This is constant and a useful feature to know.

The flight period is said to be late May to August, though I have never seen one before the end of June. Although the species may be found above 2000m (I have seen it flying with Gavarnie ringlets at 2100m in the Pyrenees) it is commonest between about 900m and 1500m and flies as low as 600m. The larval foodplants include common bent grass, wavy hair grass, mat grass and sheep's fescue. The species hibernates as a caterpillar.