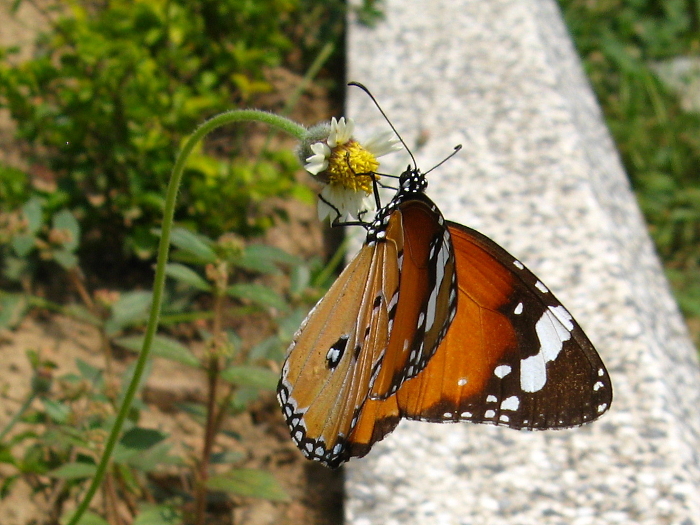 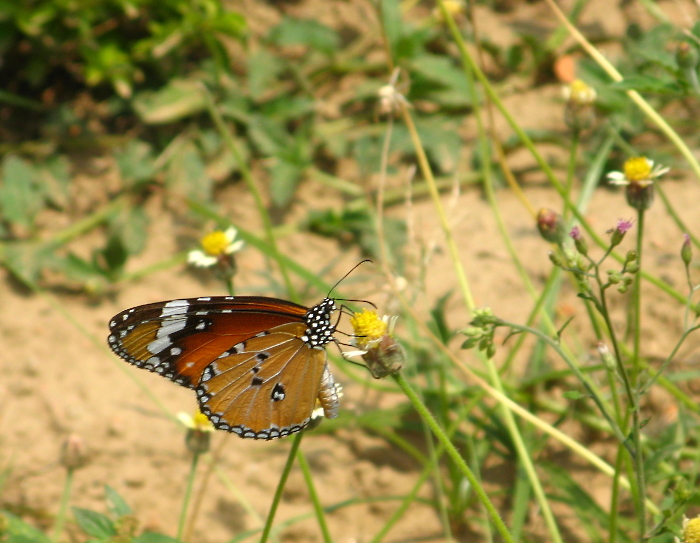 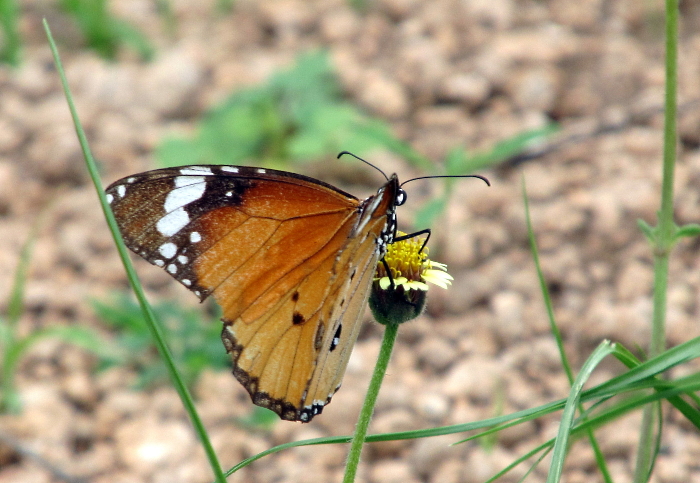 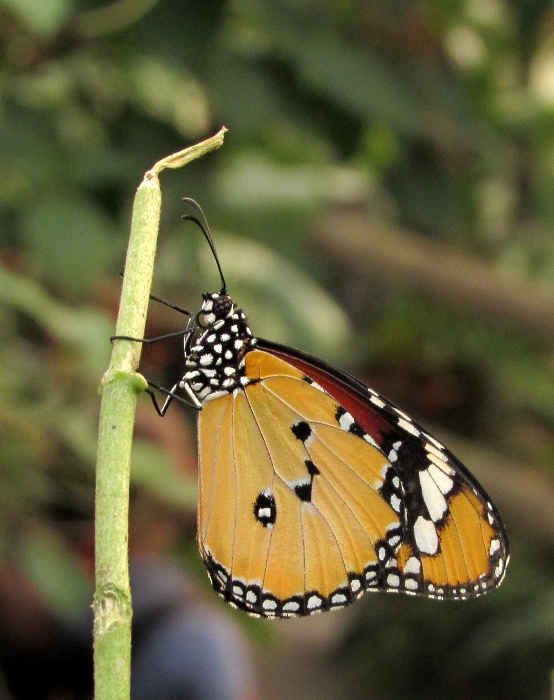 Male, also at the Papiliorama - note the black-and-white spot beneath the hindwing cell 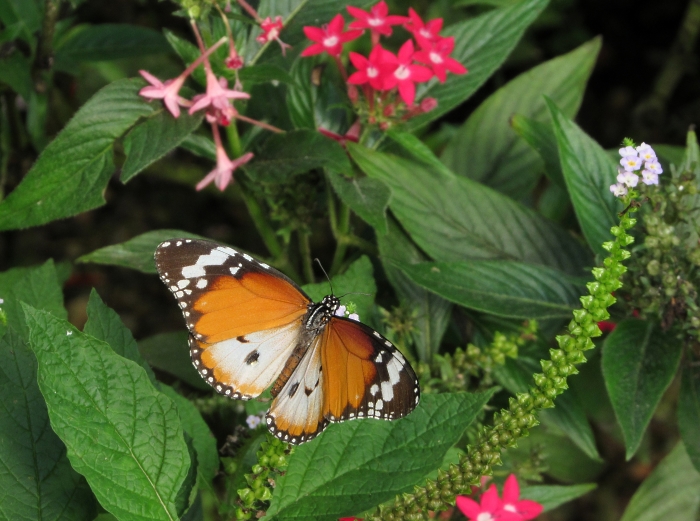 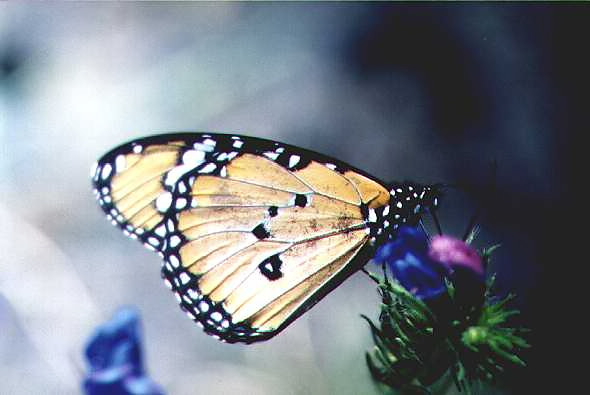 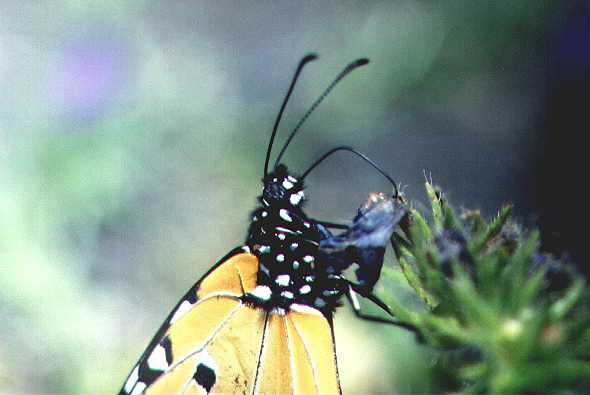 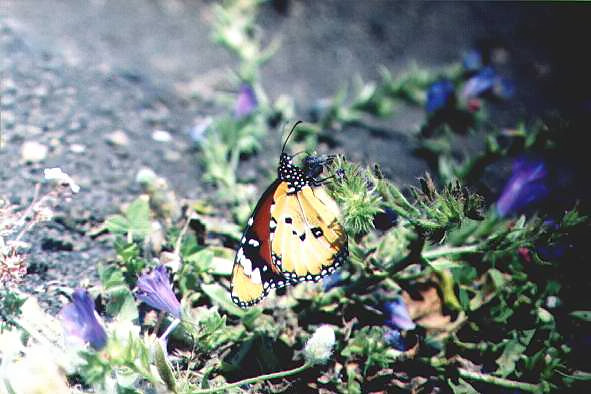 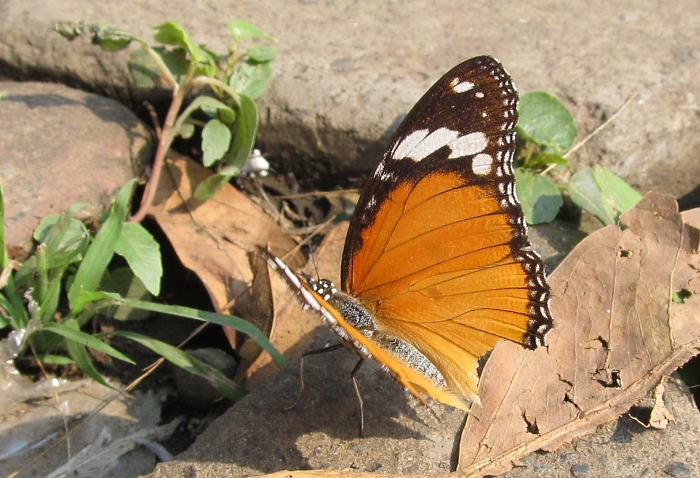 For comparison - a female of the unrelated Hypolimnas misippus, photographed in Mumbai in 2012 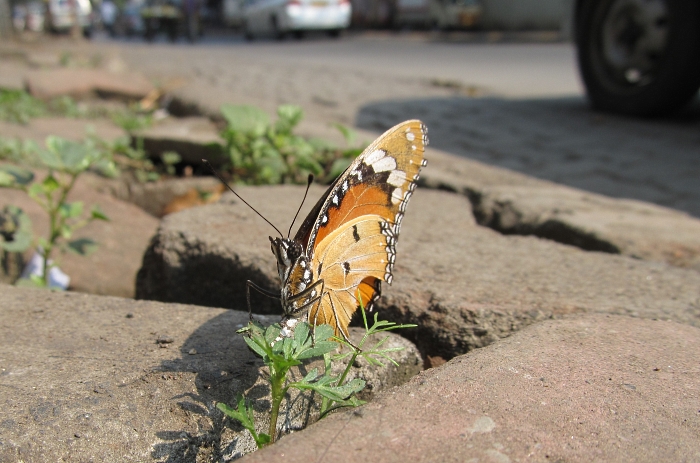 The underside of the same butterfly 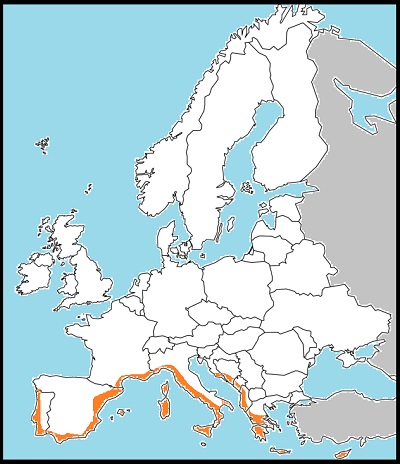 Distribution - also found in the Canaries

This fascinating butterfly has the distinction of being recognisably depicted in the oldest known butterfly painting - a three and a half thousand year-old picture of duck-hunting in Luxor. It also has the distinction of being a beautiful butterfly and it is easy to understand why that ancient artist chose to figure it. The plain tiger is found widely in Africa and Asia and even flies very locally in Australia (the more widespread tiger in Australia is treated now as a separate species, Danaus petilia). In recent decades it has been expanding its range in southern Europe and may now be seen almost anywhere in the Mediterranean and on the Atlantic coast of Iberia. That said, my only 'European' sightings have been on the island of La Palma in the Canaries, where I found it in coastal gullies in the south-east of the island.

Like the monarch, the plain tiger uses various milkweeds as hostplants and is toxic to birds and other predators. Also like the monarch, it has mimics, some quite unrelated, which copy its patten. Most striking is the female of Hypolimnas misippus, another widespread African and Asian butterfly, also now found in the Canaries, the Azores and Madeira. As the pictures above show, the mimicry is very good and this is the only species you might reasonably confuse with the plain tiger. Female H. misippus has less spotty, more zig-zag white in the black borders and lacks the discal spots on the upperside of the hindwing. The male is entirely different. Male and female plain tigers may be separated by the fourth dark spot on the hindwing, below the cell - strongly black and white on the underside. Form alacippus, which occurs in males and females, has white in place of orange on the upperside of the hindwing.

The species is continuously brooded and may be seen all year round, though away from the breeding areas migrants are more likely to be seen in summer when numbers build up.