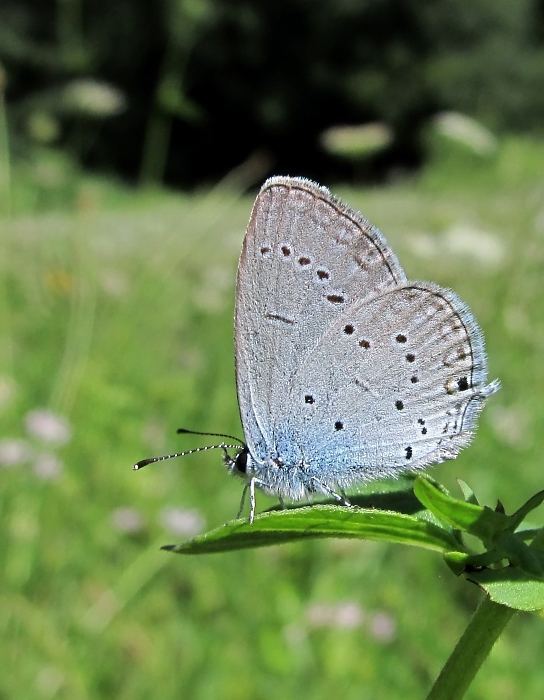 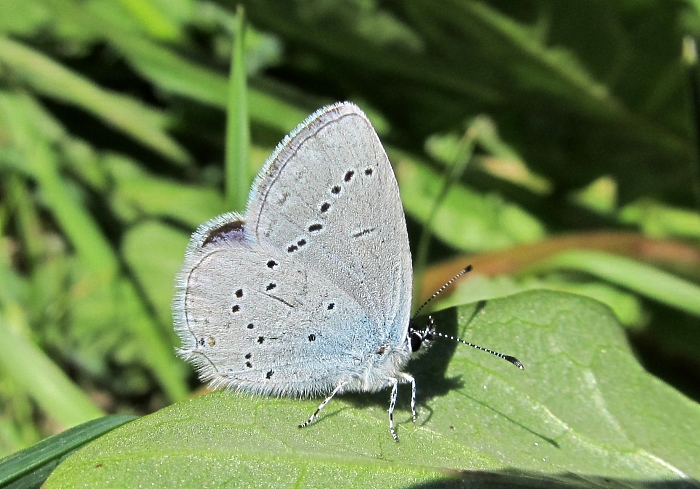 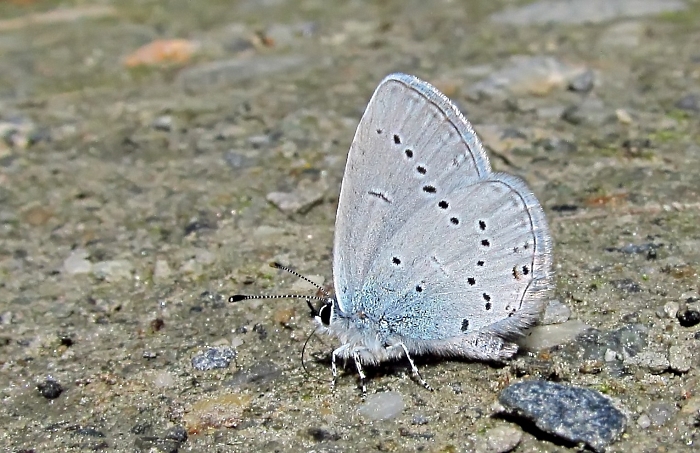 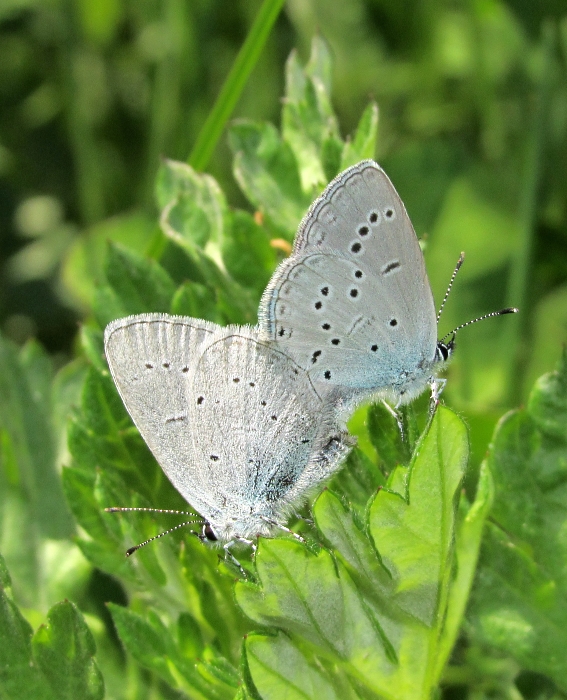 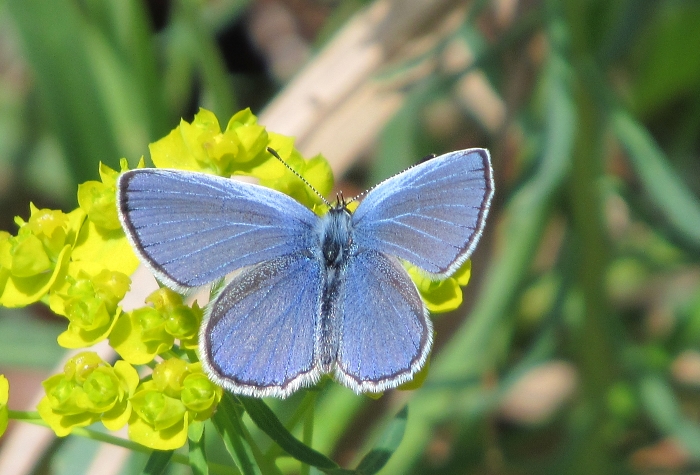 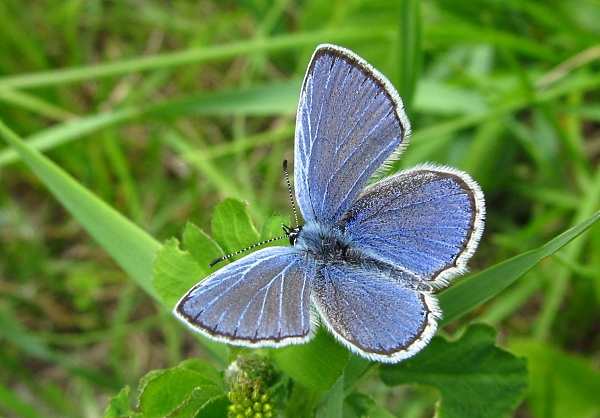 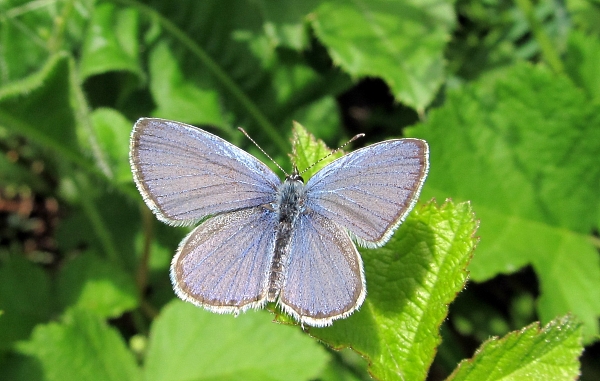 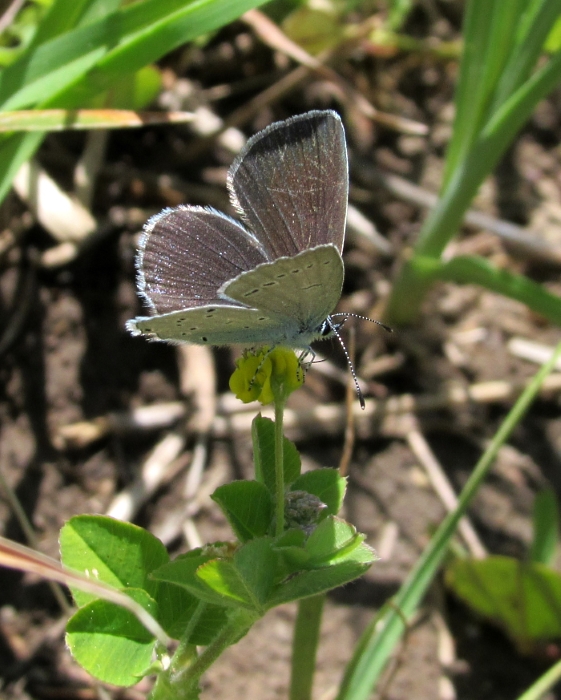 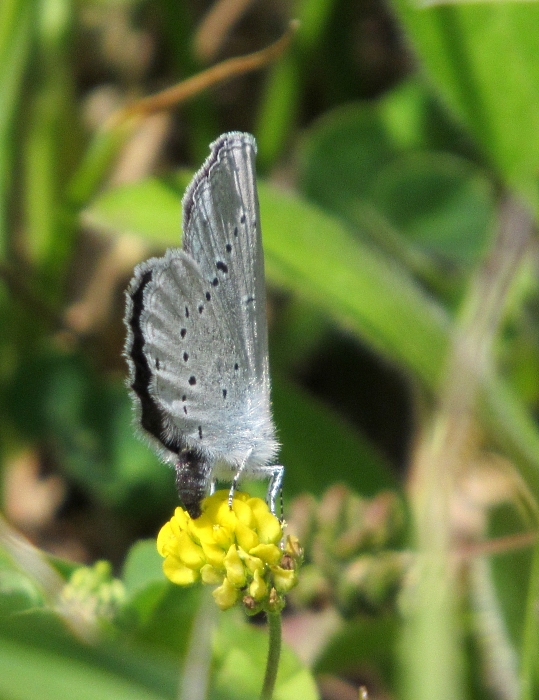 The same female, laying in a flowerhead of medick 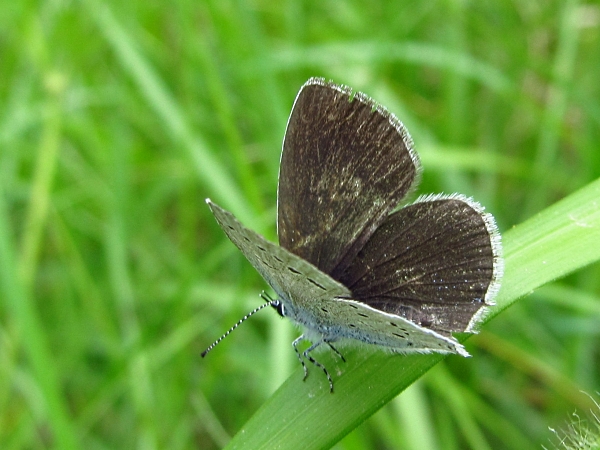 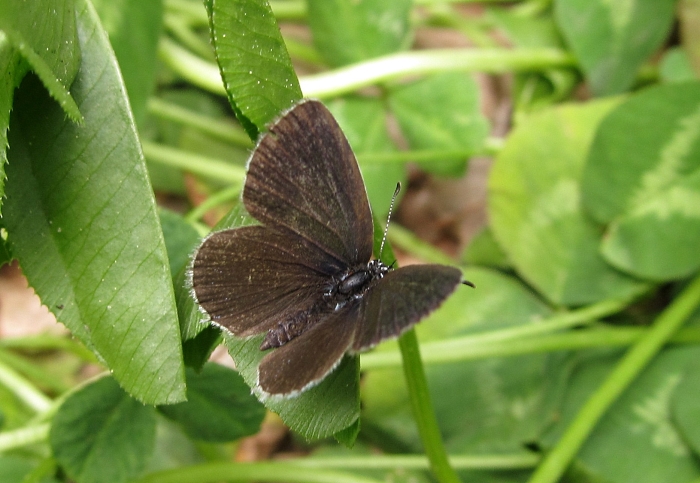 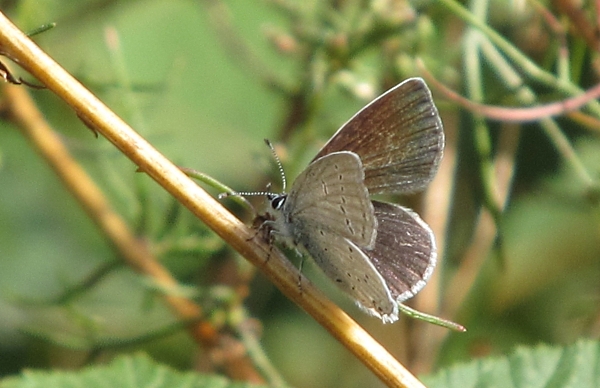 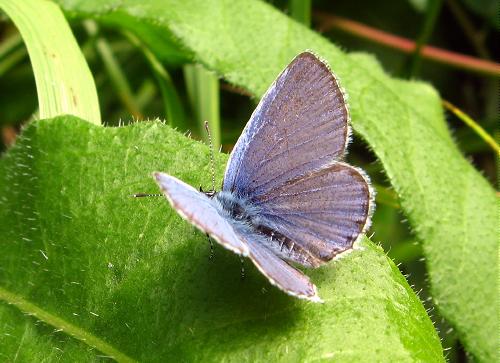 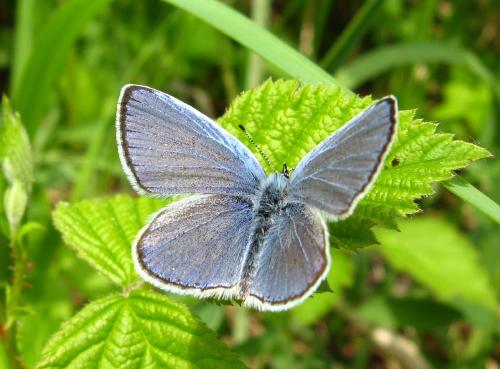 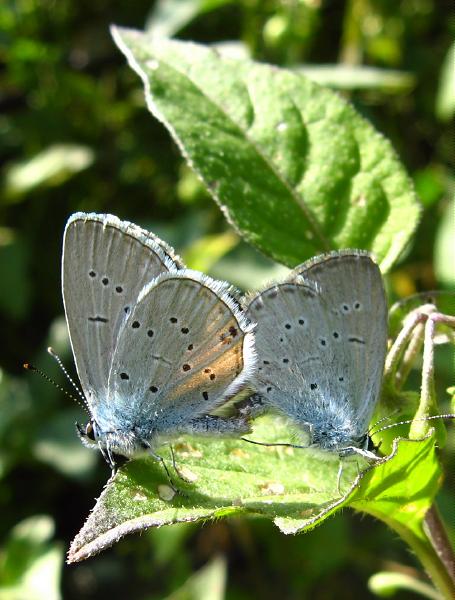 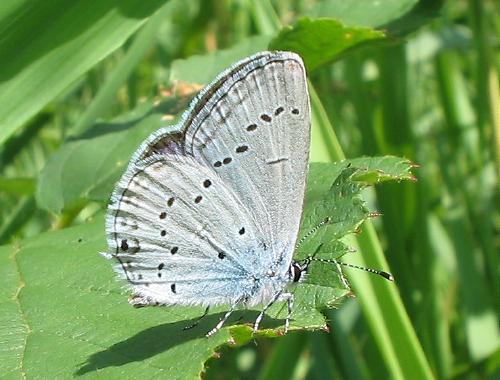 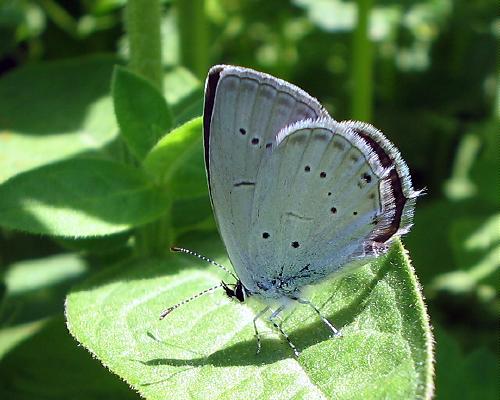 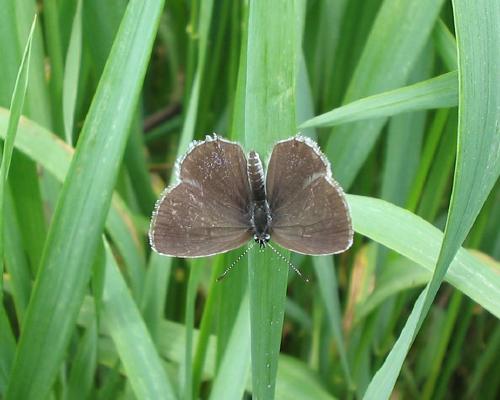 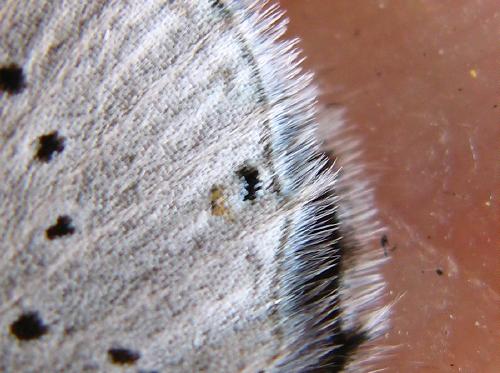 This one shows a hint of orange... 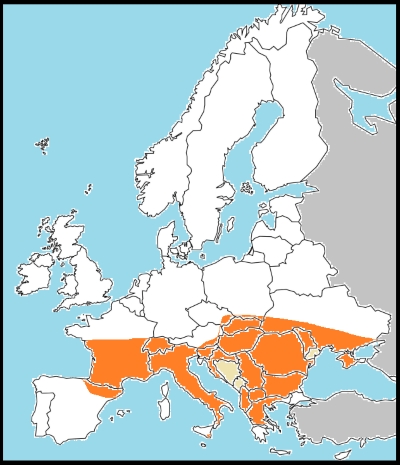 The Provençal short-tailed blue is generally regarded as scarcer and more local than its congener, the short-tailed blue, but my experience is different. In Switzerland and nearby France it is distinctly the commoner of the two, as it is in the Pyrenees and North Spain. It is, however, probably much scarcer in the eastern parts of its range and large parts of what I have coloured in orange on the map have no records. I see it in Switzerland from April onwards and from the valley up to subalpine pastures. It is more a creature of woods and damp, grassy waysides than is the short-tailed blue, though their habitats overlap extensively and I know many sites where both fly.

Identification is usually easy. Unlike the short-tailed blue, the Provençal short-tailed blue shows no - or almost no - orange on the underside of the hindwing. Care should be taken in spring, when short-tailed blues may have very little orange, but a good view should remove doubt. In addition, the male short-tailed blue has a distinctly stronger and longer tail and the female usually has at least some blue scales. Provençal short-tailed blue females never show any blue at all. Sometimes the tail of the male is so short as to be vestigial or little more than a kink in the margin. Then this species might be mistaken for an Osiris blue. The margin of the Osiris blue, however, is completely smoothly rounded, lacking any hint of a kink. The colour is also different, Osiris males being a deeper, violet shade of blue.

Tolman lists just two foodplants for the Provençal short-tailed blue: crown vetch and galega. I am sure it actually takes quite a variety of pea family plants, including clovers and medicks (as shown by the laying female in the picture above). It hibernates as a mature caterpillar, pupating early in the spring. There are three broods in the year.