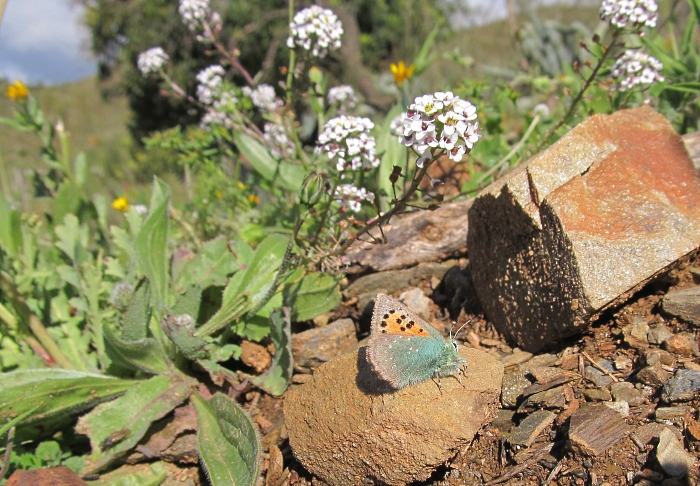 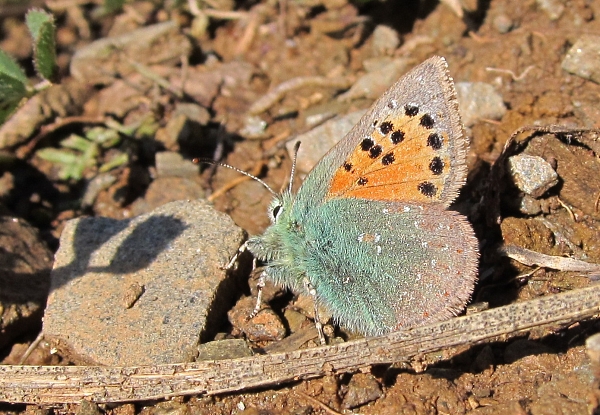 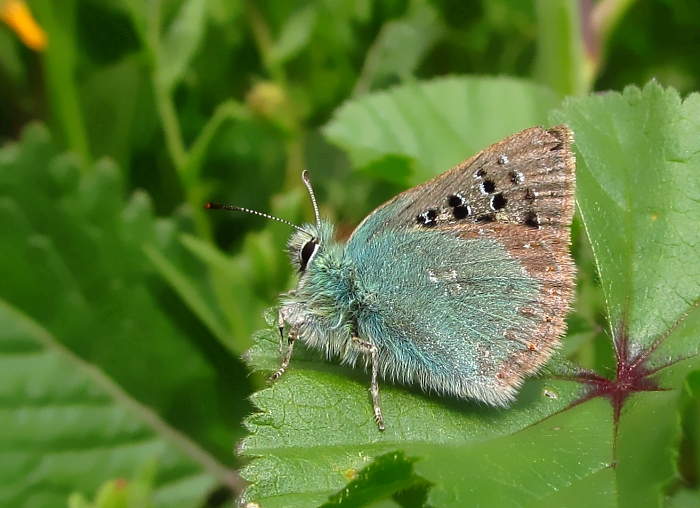 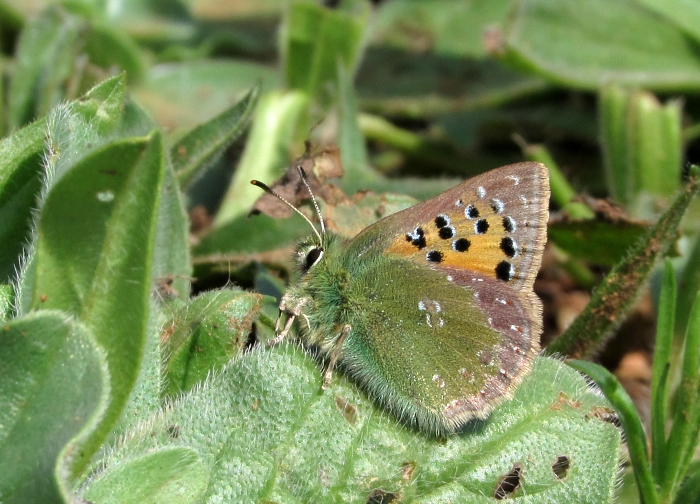 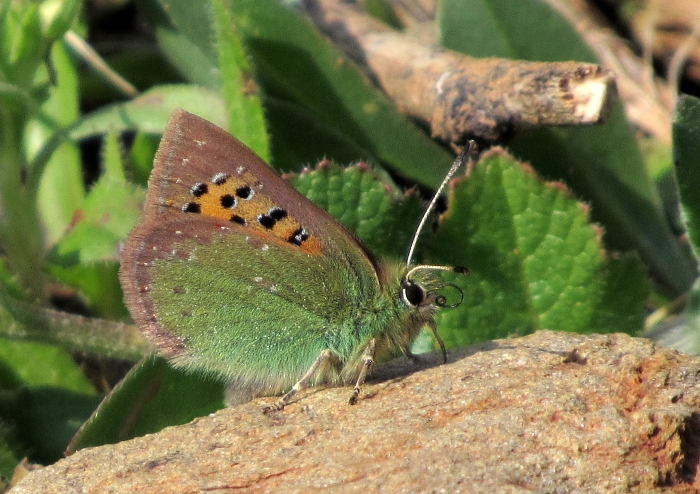 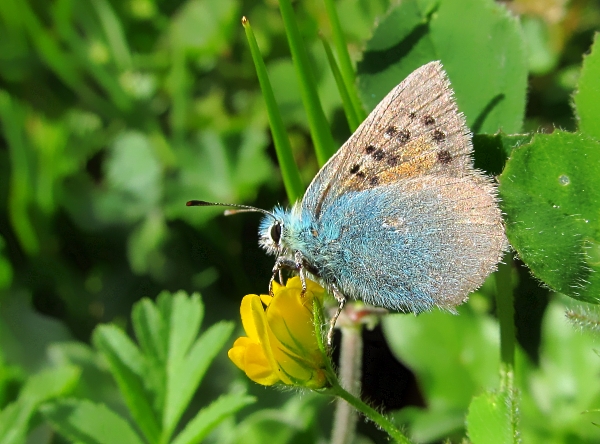 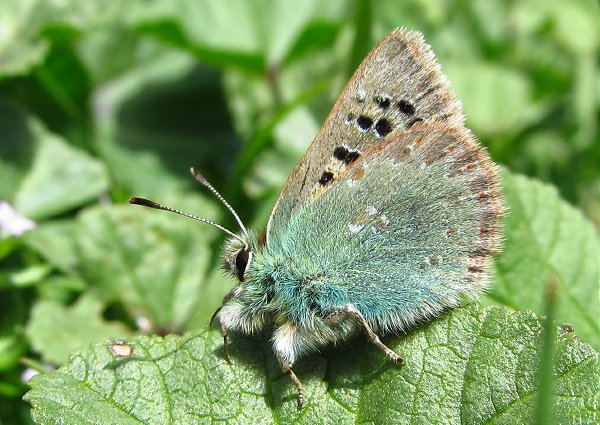 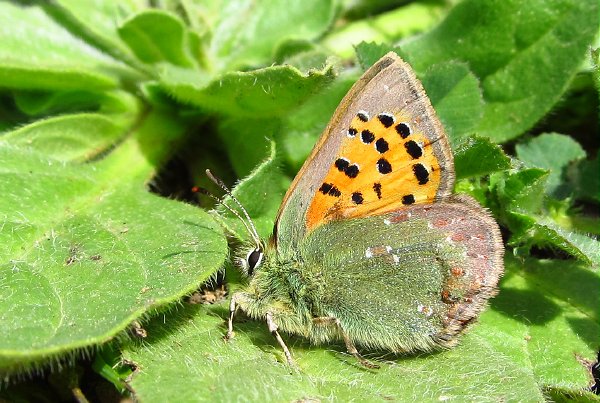 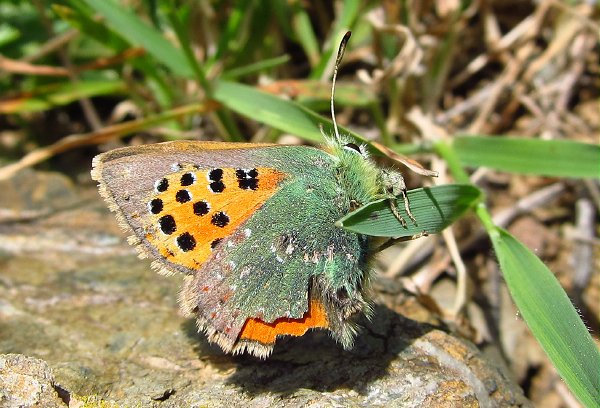 Female, Málaga, March 2011. The orange of the upperside is visible through the broken hindwing here. 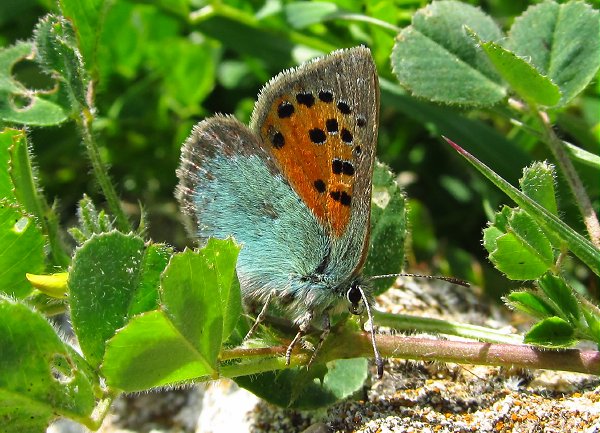 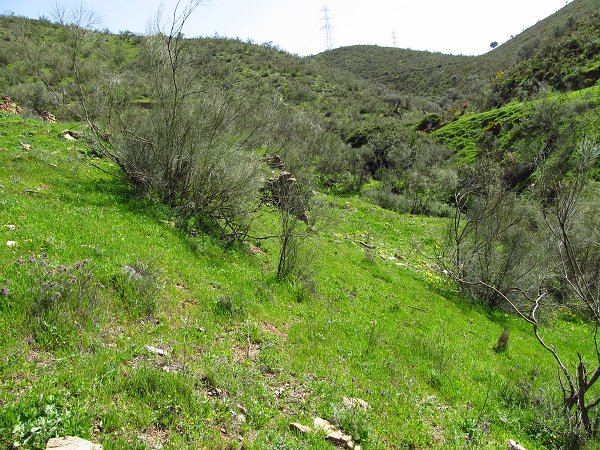 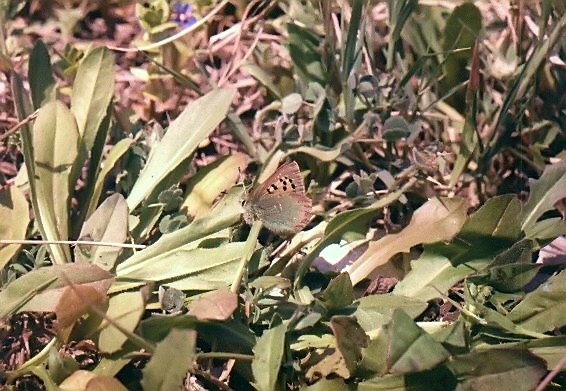 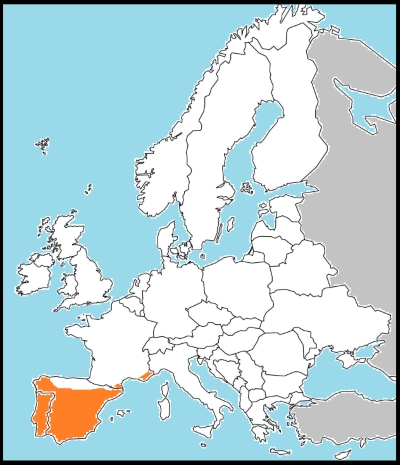 This lovely little butterfly, resembling a cross between a small copper and a green hairstreak, is widespread and sometimes common in Spain and Portugal but much more local in the South of France. In Andalucía it flies as early as February, though March and April are the main flight months. In Spain I have found it in rough grassy patches in the hills, where medicks grow. It spends a lot of time just sitting around low on leaves or grasses and is often quite inconspicuous until you put one up. Alerted to the presence of the species, you will then find many more.

There is little chance of mistaking this species for anything else. The underside hindwing, which it always shows at rest (it never sits with wings spread), is predominantly green or blue-green with white flecks and a more or less broad, grey-brown border. The underside of the forewing is bright orange with dark spots trimmed with white, suffused with varying amounts of grey-brown in the male.

The Provence hairstreak is single-brooded, flying only in the spring. Eggs are laid singly on undeveloped leaves of the foodplant (Medicago sp.). Like those of many Lycaenids, the caterpillars have a close association with ants and have glands and adapted morphology to reflect this. Tolman speculates that in nature pupation takes place in ants' nests, from the fact that captive larvae often wander aimlessly before dying without pupating. Muńoz Sariot states that they pupate on the ground, at the base of plants. It is certainly likely they are afforded protection by ants. They spend the rest of the year in this state, hibernating as pupae, before emerging as adults as soon as conditions are suitable in the spring.