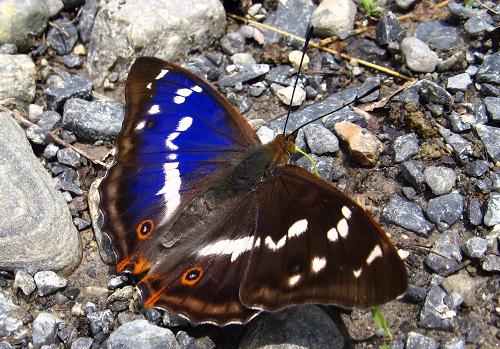 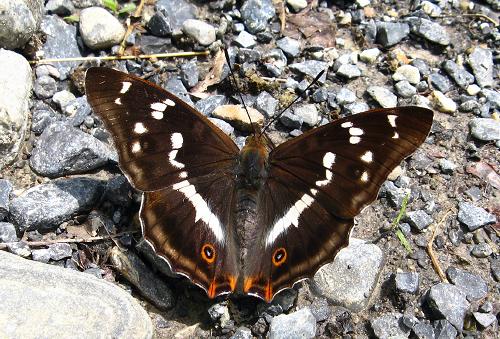 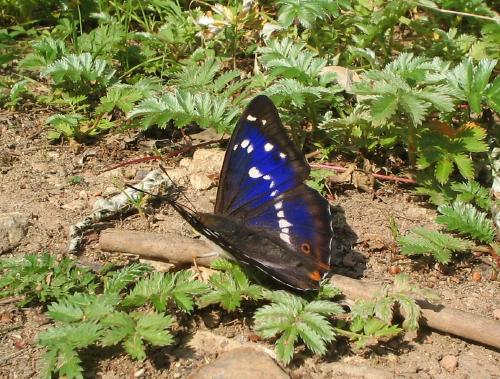 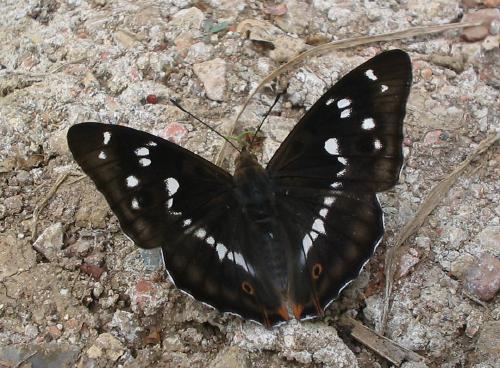 The same male viewed from a different angle 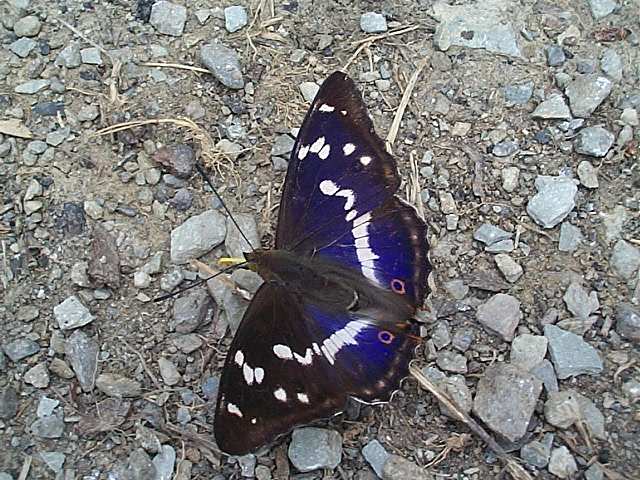 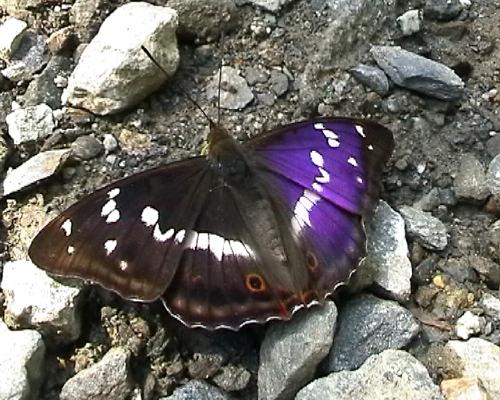 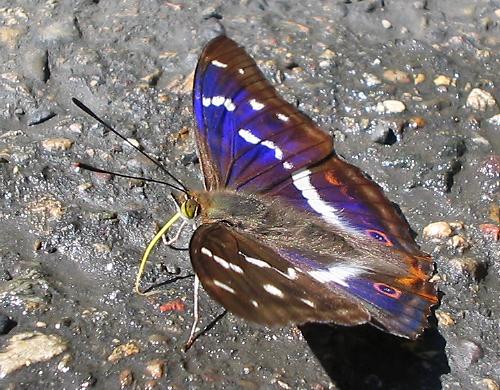 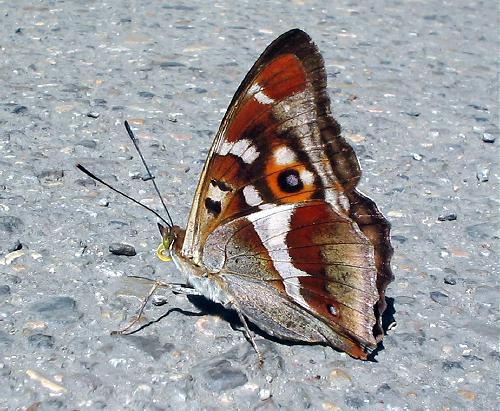 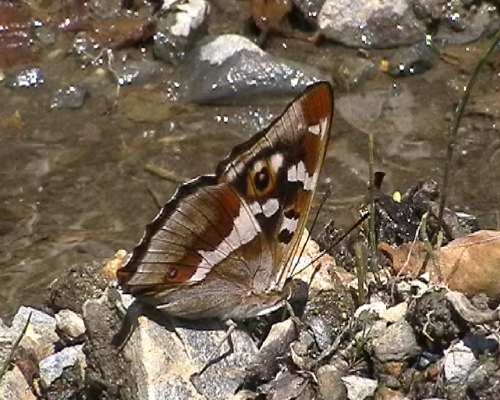 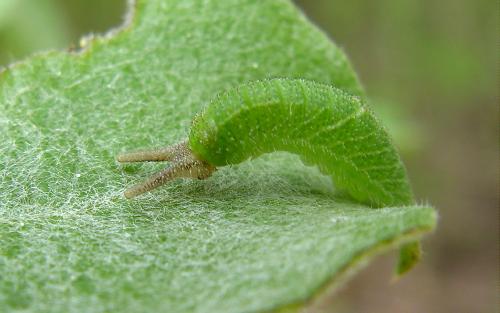 A caterpillar after hibernation - May 2010, Switzerland.
This individual is soon to shed his skin. 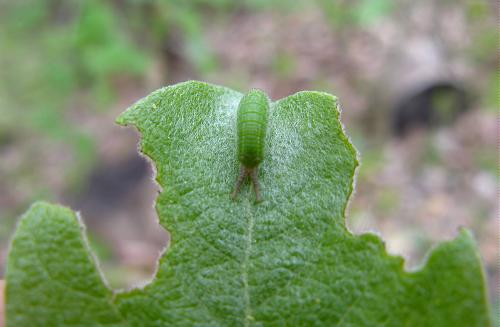 The caterpillar rests for the night on the mid-vein of the leaf. The picture shows the charactaristic nibbling to either side. 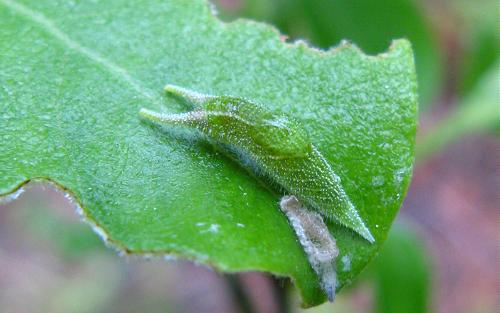 This is the same caterpillar a couple of days later, after shedding his/her skin 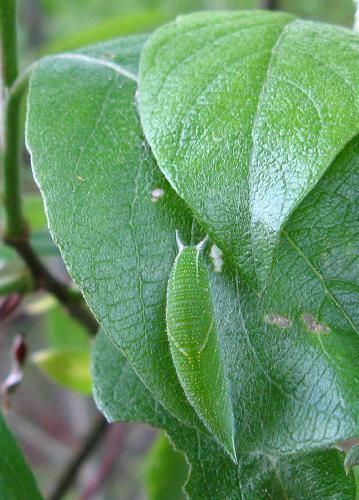 A more mature caterpillar, Switzerland, May 2010 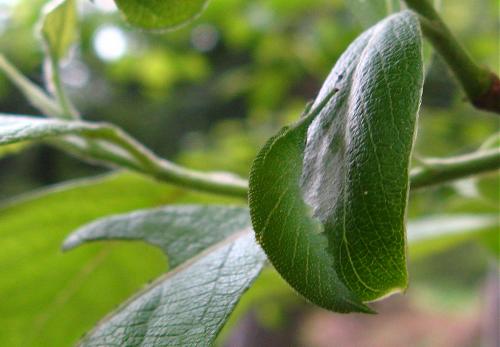 Another caterpillar, Switzerland, May 2010 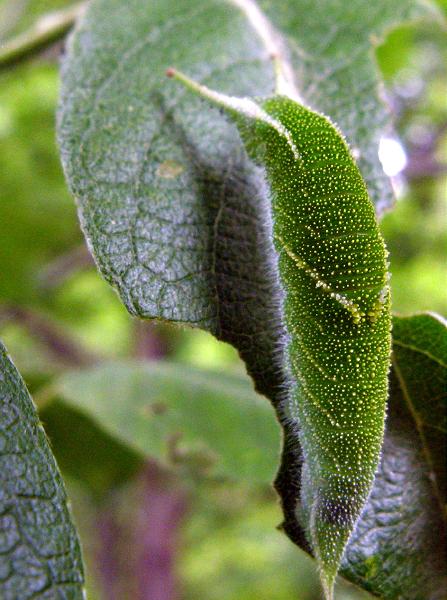 Until 2005 I had never seen a female purple emperor. The males are far easier to spot, as they come readily to carrion or carnivore droppings - as well as to human sweat. Unfortunately, I was unable to photograph the female I saw in Switzerland (Gryon) in August 2005.

Although the species is not rare in much of Europe, it is always a great pleasure to see. Only the male sports the blue, and only when viewed at certain angles - hence the French name for the species : Le Grand Mars Changeant. The only species with which it can be confused is the lesser purple emperor, which has a buff ring on the forwing. The two species often fly together and I have a video (unfortunately, an analogue video, so I cannot transfer the pictures to the computer) of both on the ground together, going for the same bit of dung!

In the UK the species is generally considered rare. I have only seen it in woods near Oxford, most recently in 2006 during the last week in June.