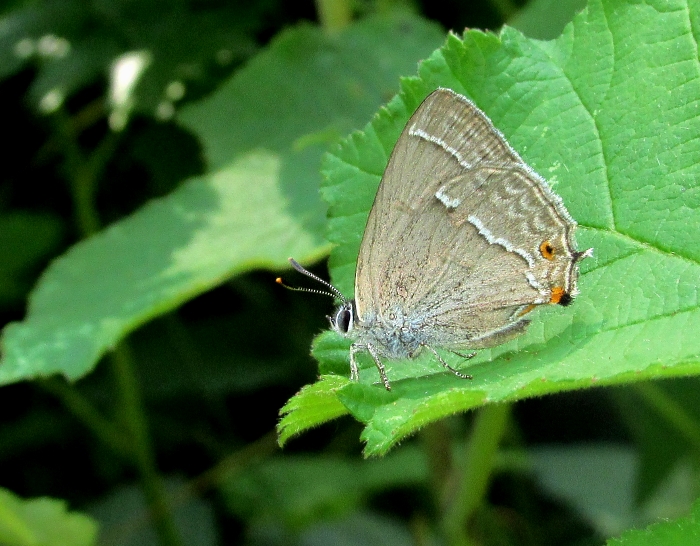 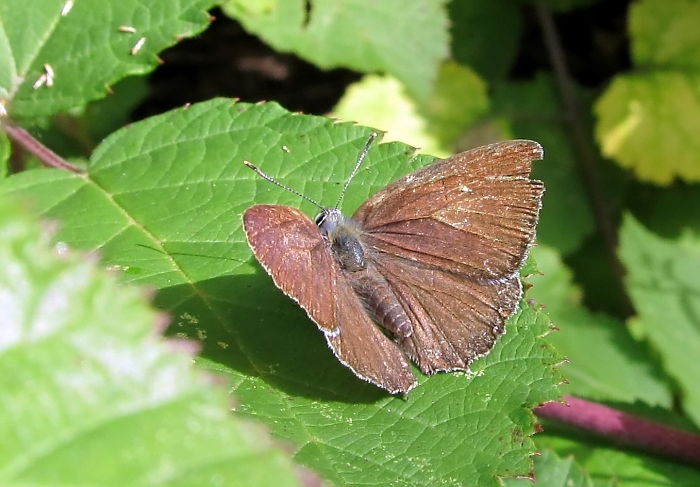 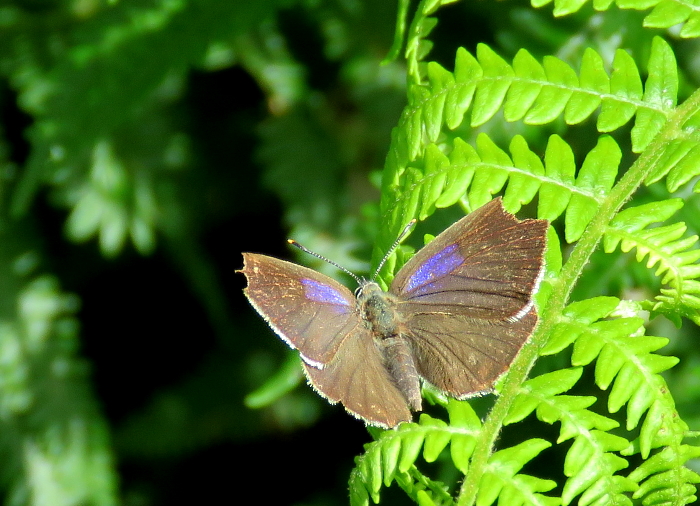 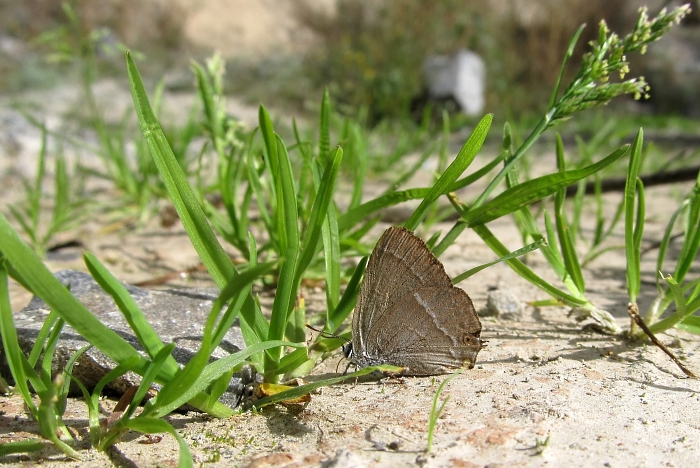 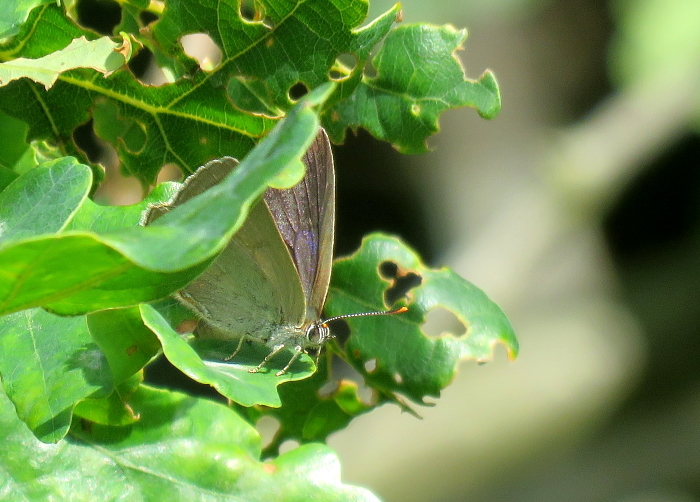 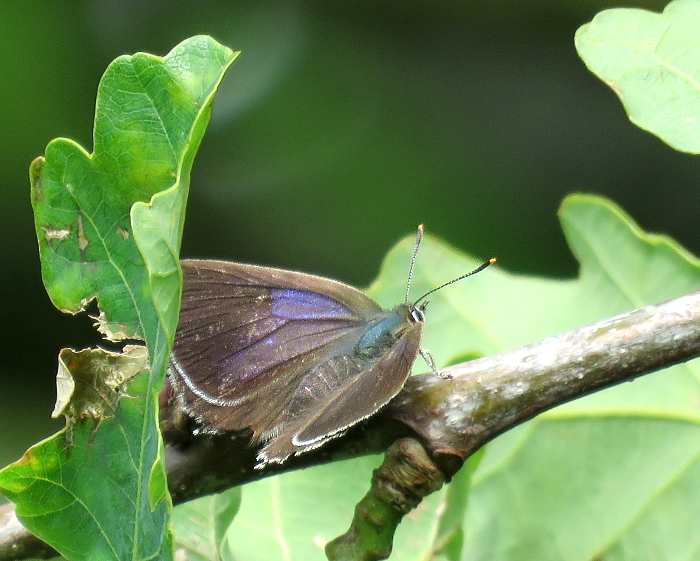 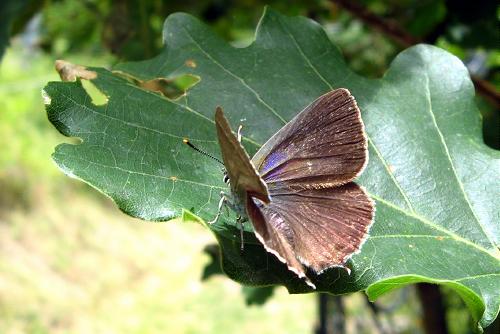 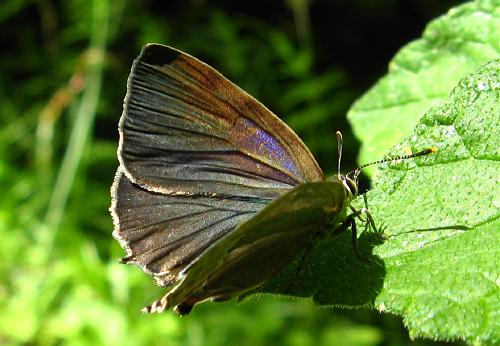 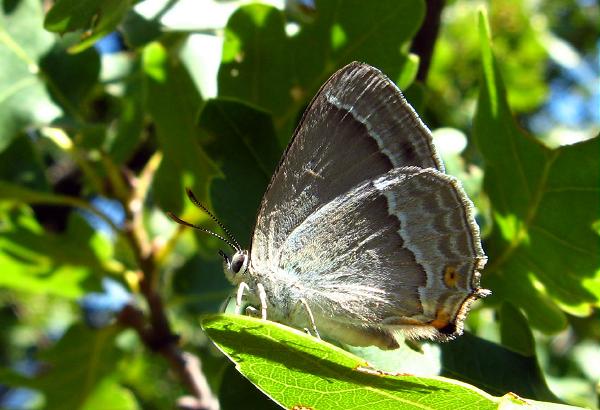 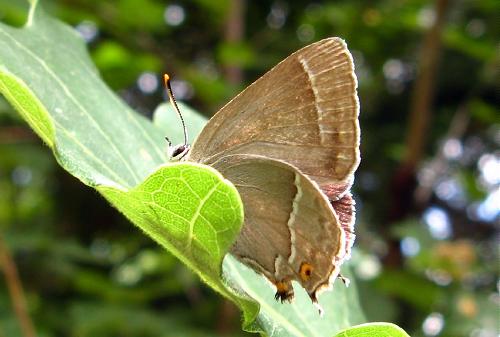 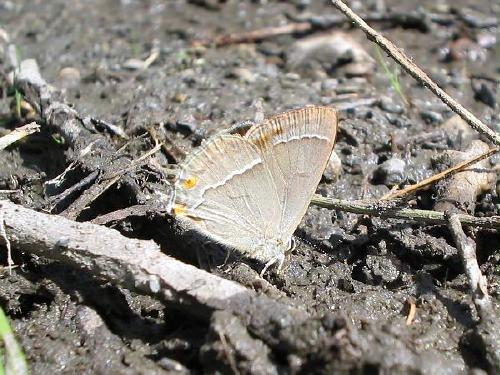 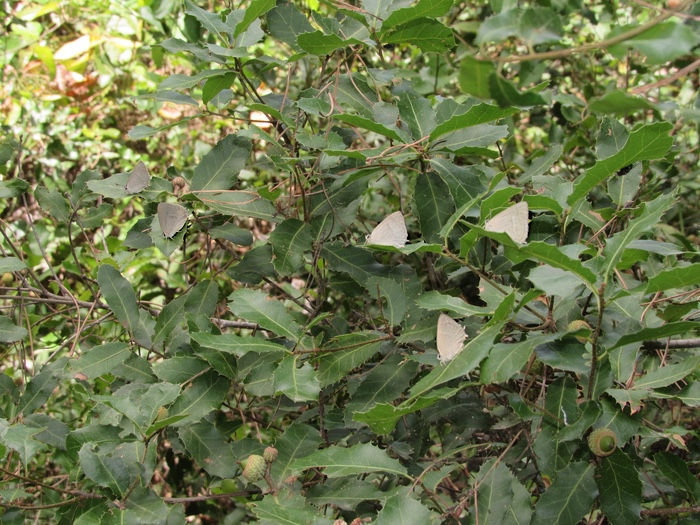 Subspecies ibericus, roosting in the shade in the heat of the day, Andalucía, July 2017 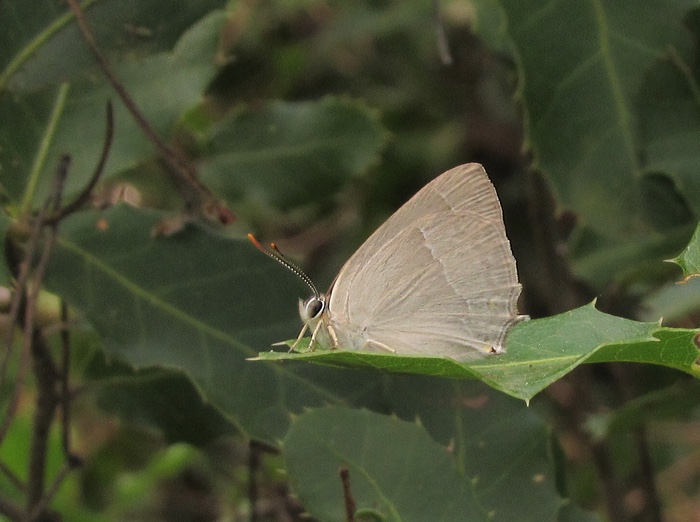 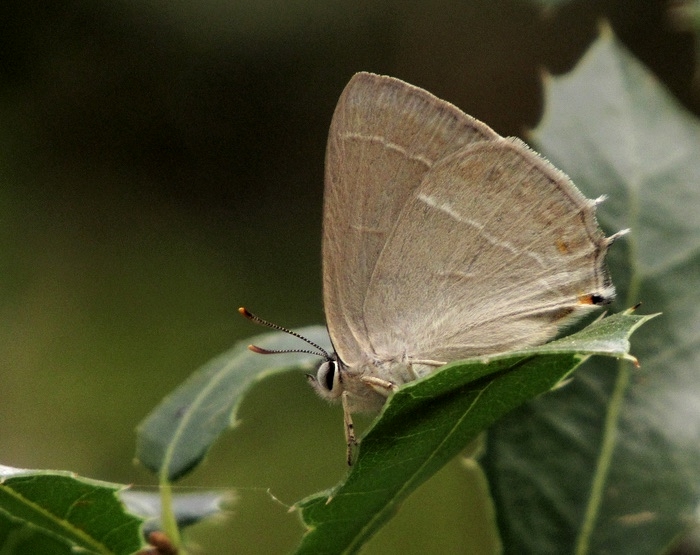 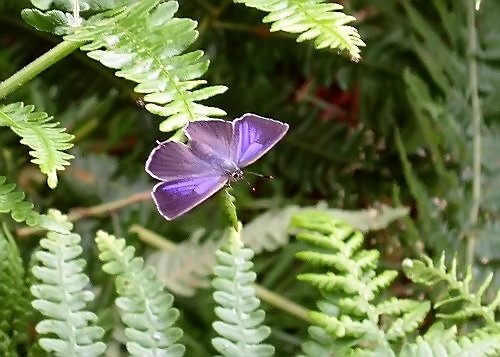 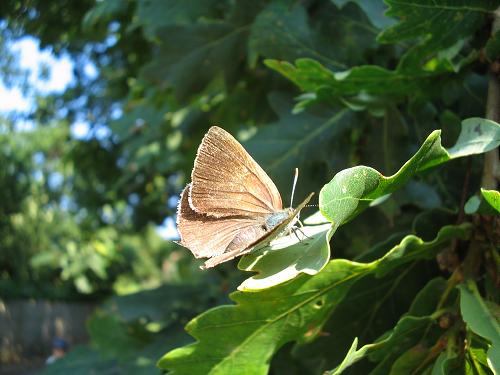 Female, Suffolk, UK, August 2005 (she is old and all the purple is washed out) 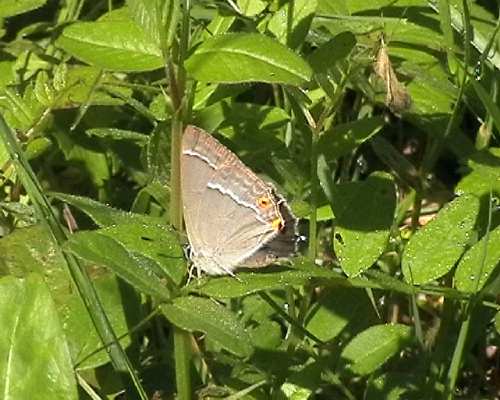 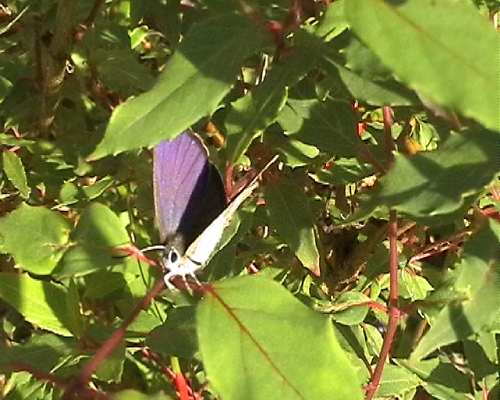 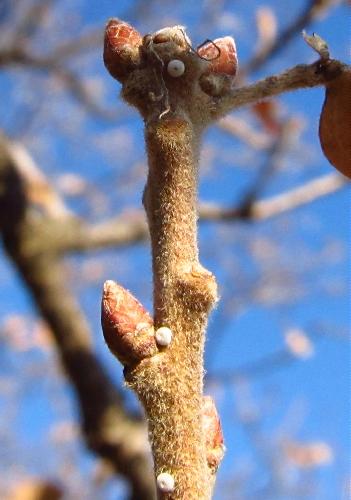 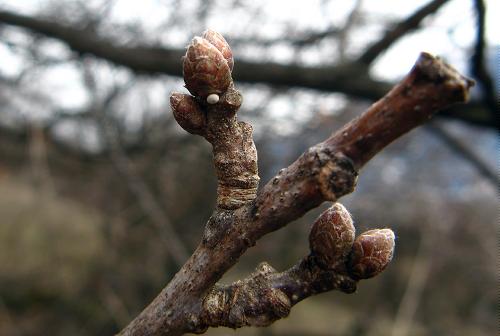 An egg on an oak sprig, Switzerland, January 2010 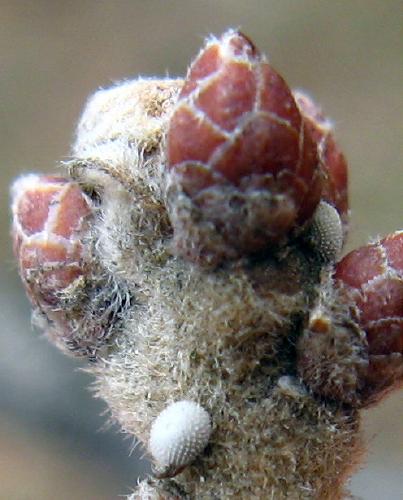 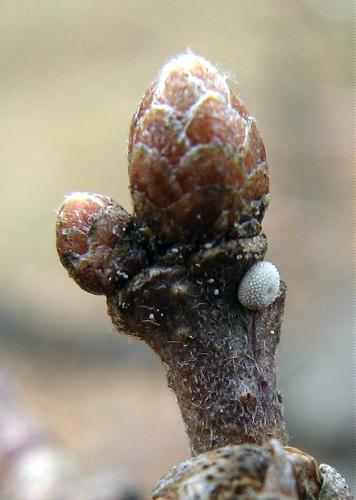 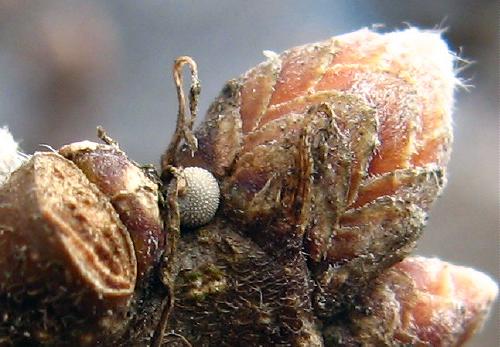 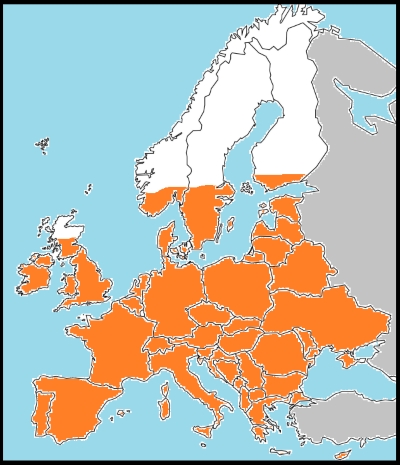 This is the commonest woodland hairstreak in Europe, being found pretty well everywhere there are oak trees. Just one large oak is sufficient to sustain a colony. Despite this, it is elusive and most often seen clustering in the tops of trees - often ash, rather than oak - where it can flash silver as it catches the evening or morning sun. Males do come down to take minerals on the ground and females can be found laying eggs relatively low down too, so photo opportunities do arise.

The male has a purple sheen over the whole of his wings but this is only visible from some angles and soon lost as the butterfly gets worn. The female has purple only in the cell and the wing bases. In most of Europe, the underside is a chalky grey with a strong hairstreak, wavy submarginal ornamentation and two orange spots on the hindwing, the upper with a black centred and the lower with a black spot outside it. In Iberia south of the Pyrenees, however, subspecies ibericus flies. This subspecies is much more weakly marked beneath, some individuals appearing almost entirely unmarked. The hairstreak is thin and rather unclear, the submarginal ornamentation virtually non-existent and the orange spots are vestigial or absent. In July 2017 I found this subspecies near Córdoba, sheltering on the foodplant in the shade in the heat of a blazing Andalucían day.

The eggs are relatively easy to find in winter on or near oak buds, though like the adults they seem to be much commoner in some years than in others. The caterpillar develops quickly and hibernates fully formed inside the egg, emerging when the buds loosen in spring. It quickly burrows into one of these buds for his its first meal. It continues to feed on the unfolding flowers, then moves to leaf buds later in its development, hiding among the bracts. The butterflies appear on the wing in July (sometimes June) and may be seen into the autumn.