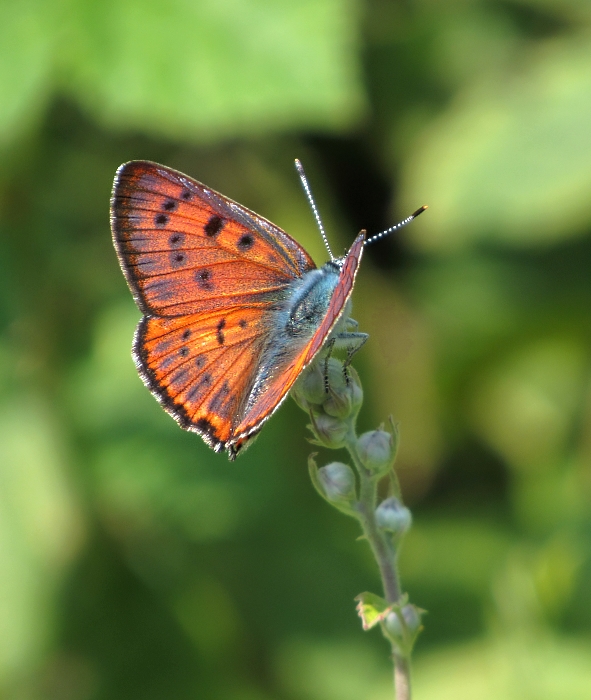 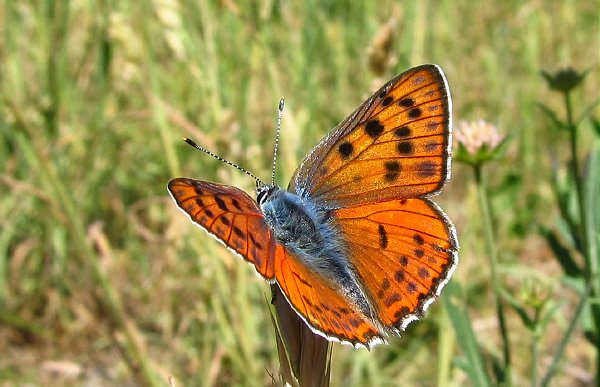 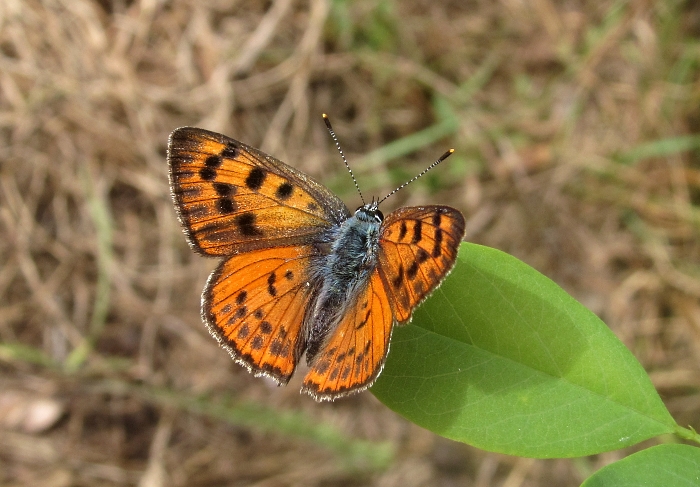 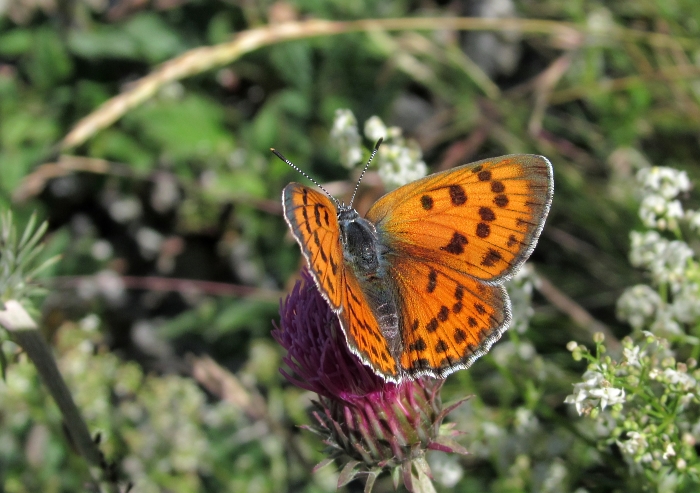 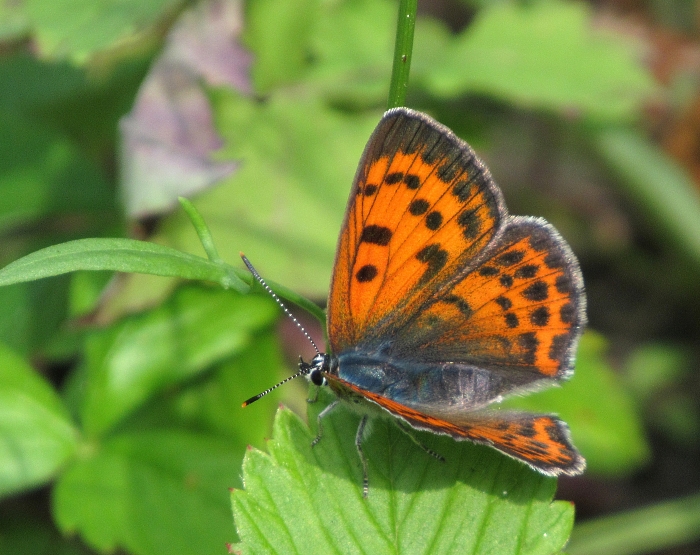 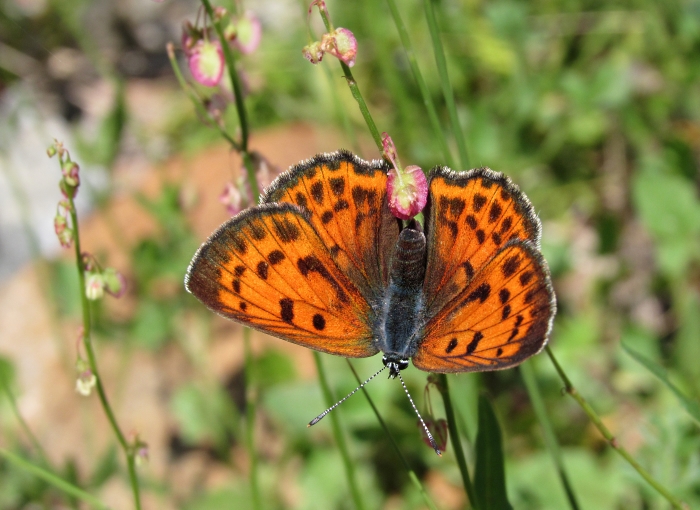 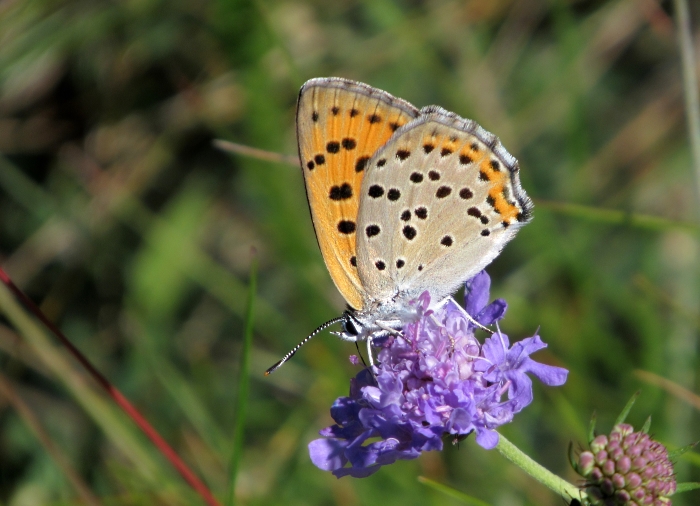 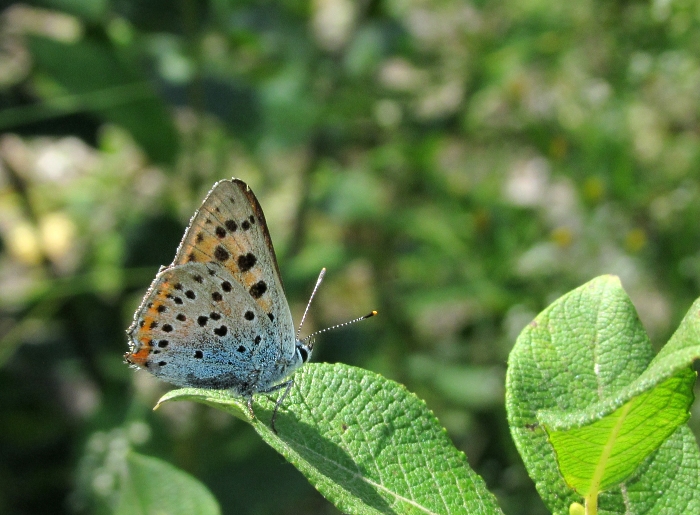 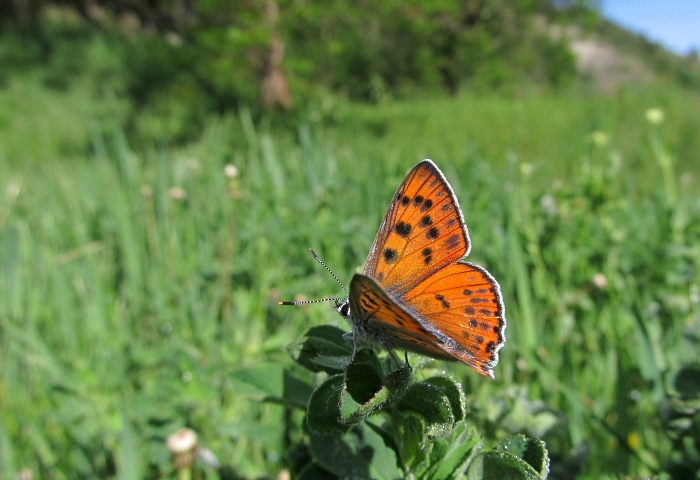 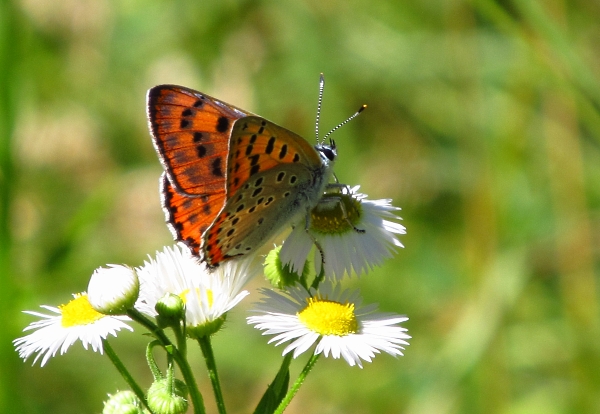 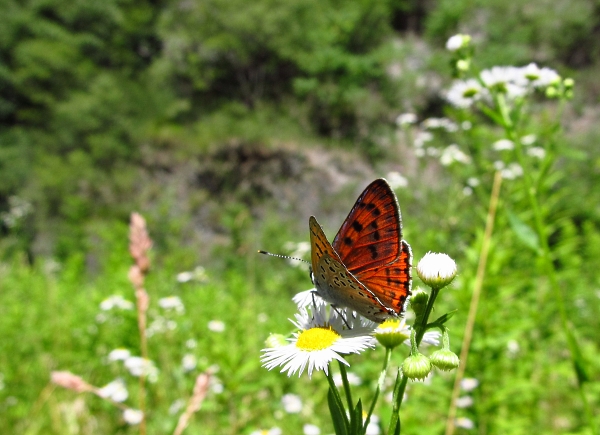 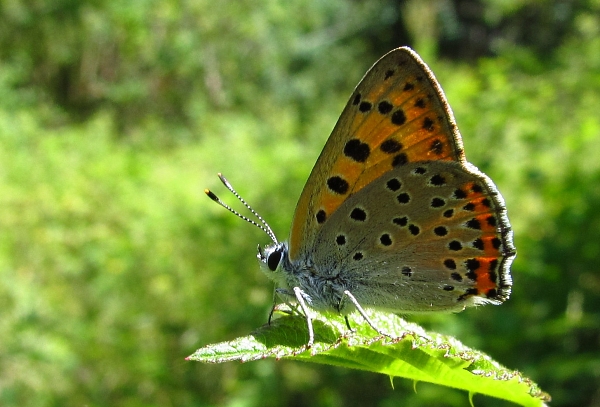 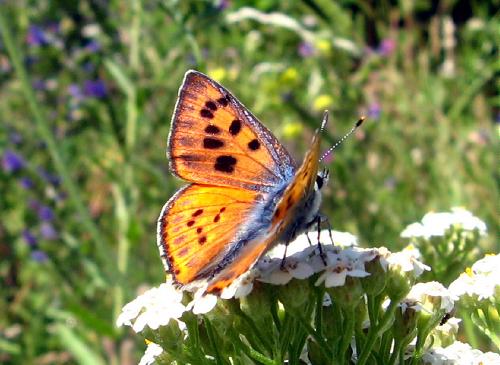 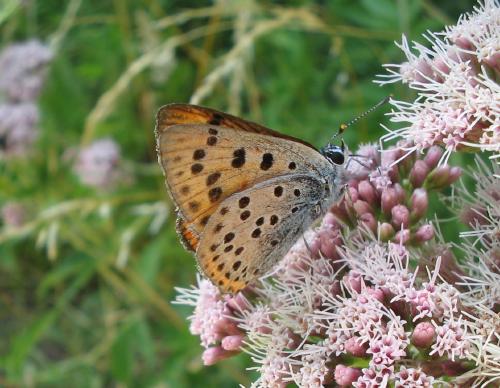 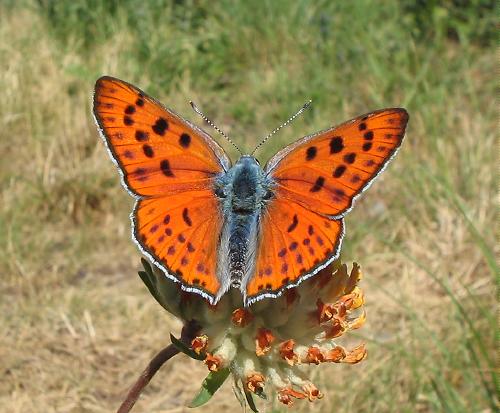 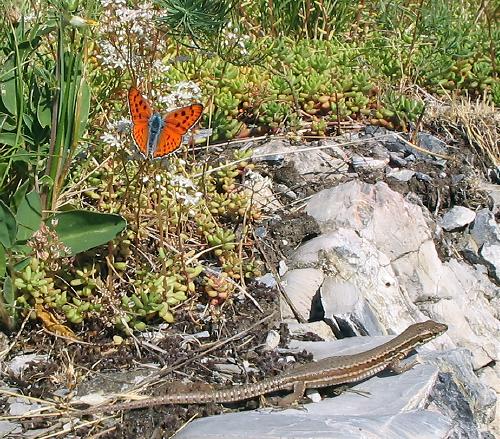 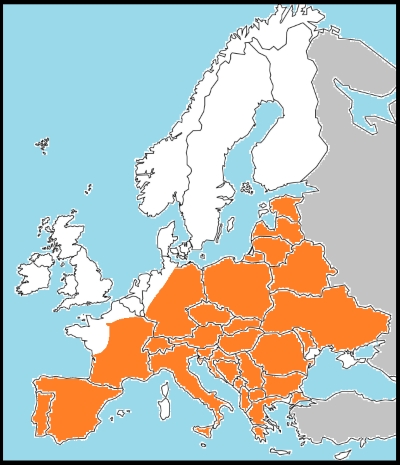 All these pictures show subspecies gordius, from Switzerland, Spain and Italy. Further north and east, this is replaced by subspecies alciphron, which shows much more purple reflection on the upperwings. A third subspecies, melibaeus, flies in the Balkans.

Ssp. gordius is widespread but local, being commonest at low to moderate altitudes in mountainous areas. In Switzerland it is commonly encountered in grassy meadows in hot parts of the Rhône Valley and adjacent valleys. I also find it commonly along flowery paths with thyme and grass in the Pyrenees. Males defend territories from grass stems and flower heads, returning again and again to the same spot if disturbed or after launching out after other insects. Females, as so often, are more to be found wandering looking for places to lay eggs.

Once you are familiar with it, this is a very easy butterfly to identify. Even though ssp. gordius lacks any substantial purple, there is a kind of violet aura about the male, which coupled with the bright copper upperside and black spots makes it unmistakable. The female is distinctive too, with her open, orange wings and black spots. Female purple-edged coppers have dark hindwings basally (and a continuous, rather than step-like, row of postdiscal spots on the forewing).

The nominate subspecies, which I have not yet seen, is described as sporadic and local.

Purple-shot coppers are single-brooded, flying in June and July (though in good years I have seen them as early as May in Switzerland). They hibernate as small larvae at the base of the foodplant (Rumex spp.) and continue their development on the new growth in the spring.