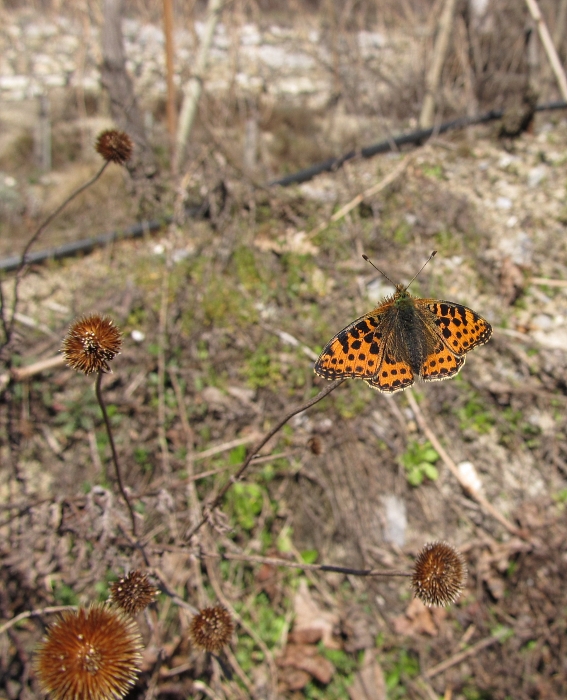 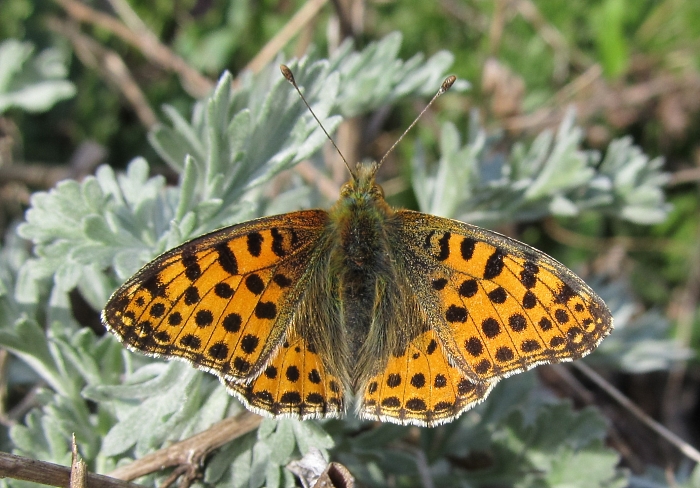 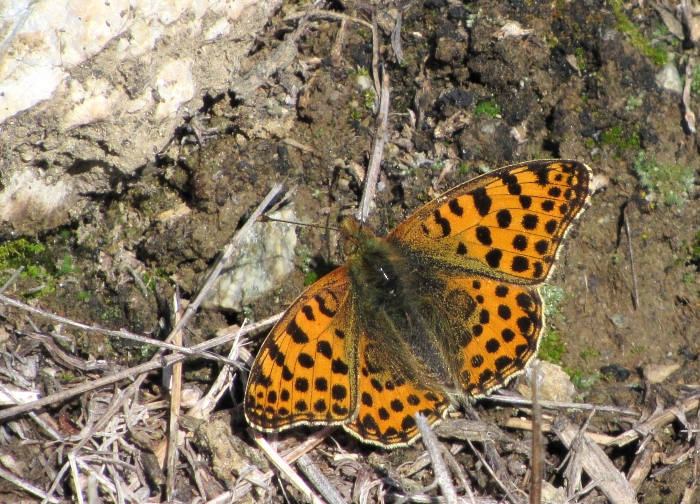 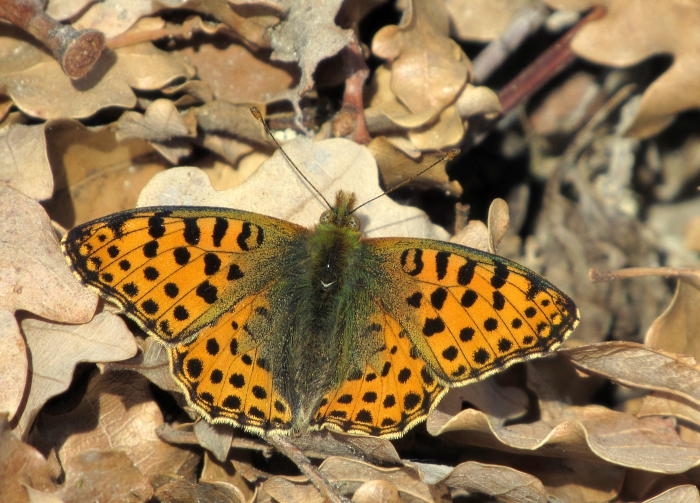 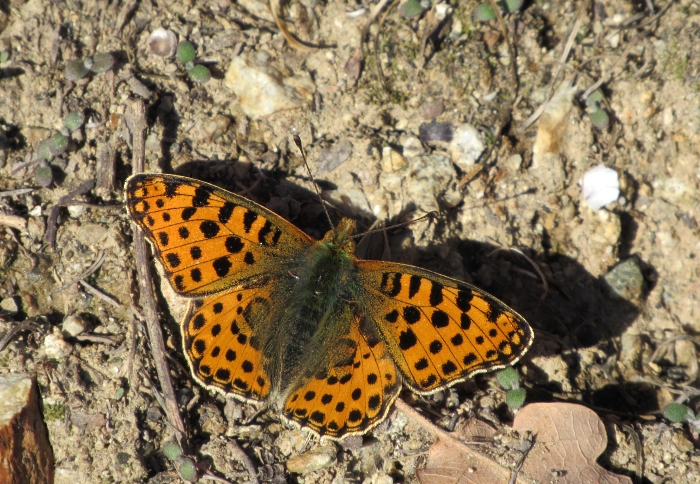 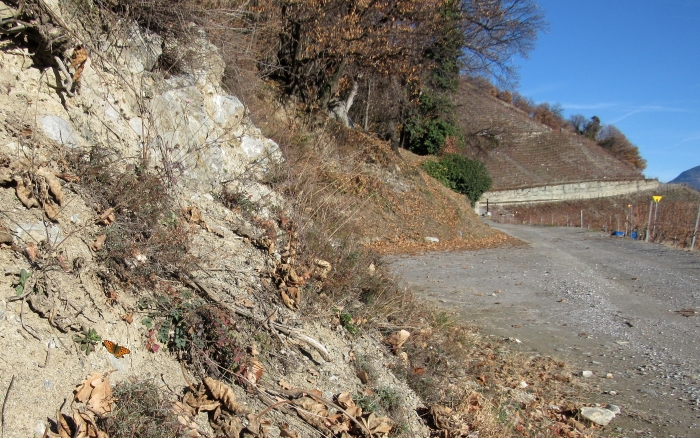 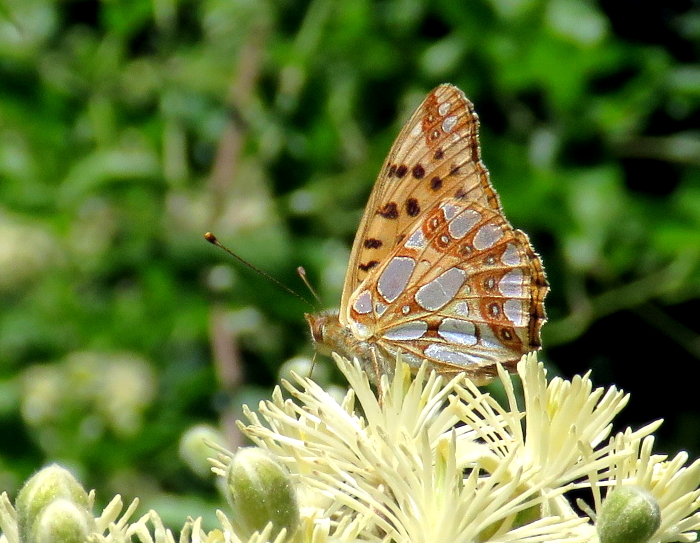 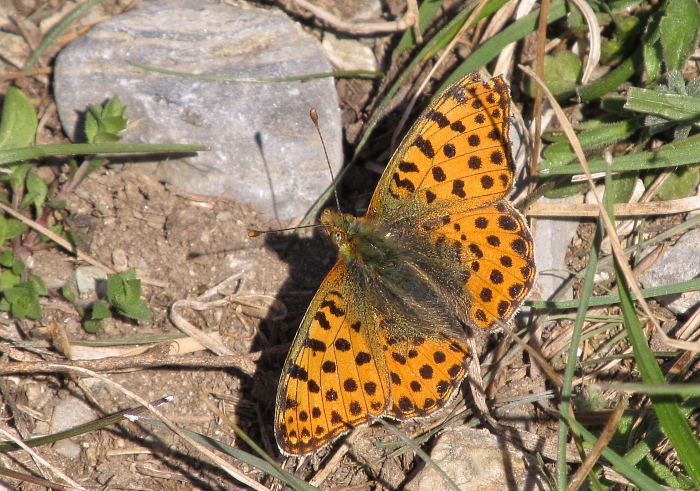 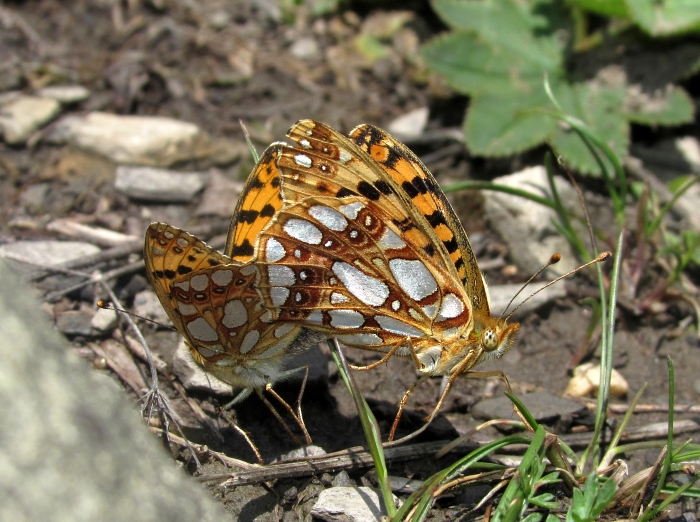 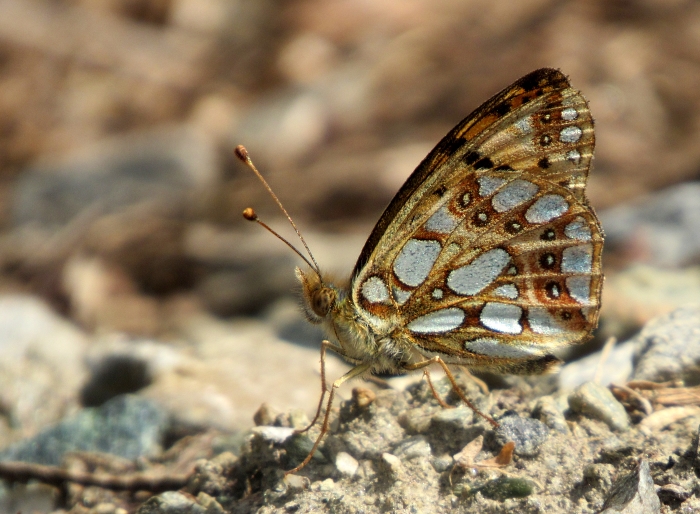 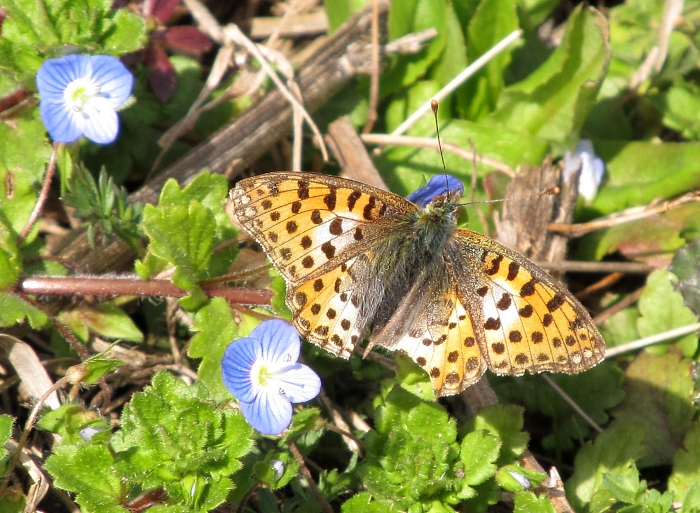 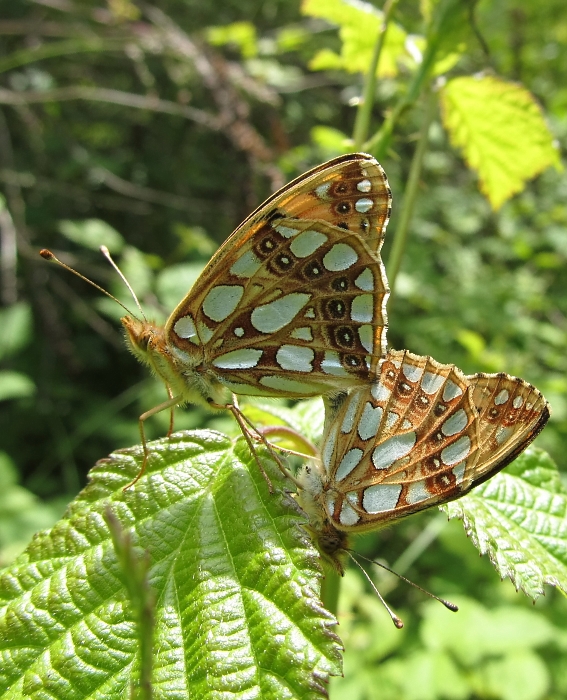 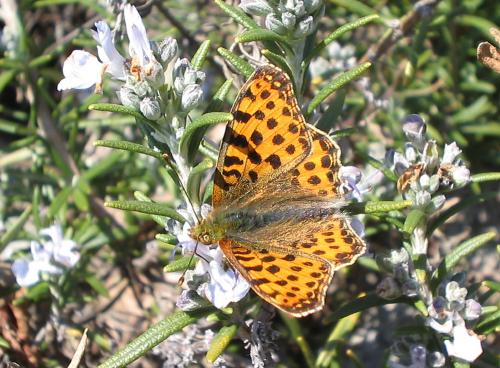 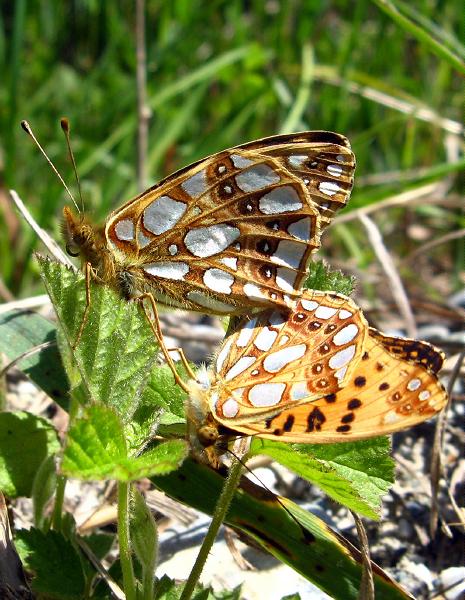 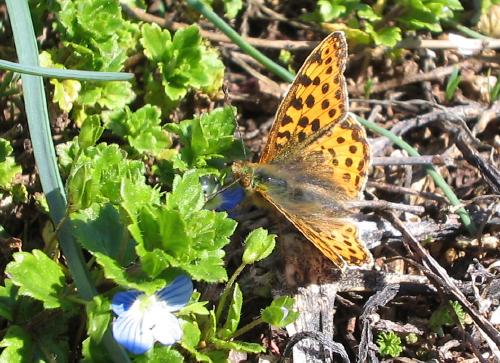 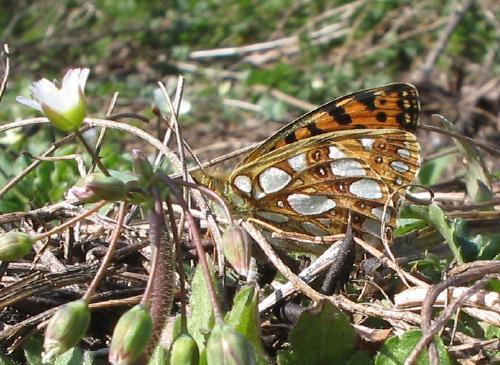 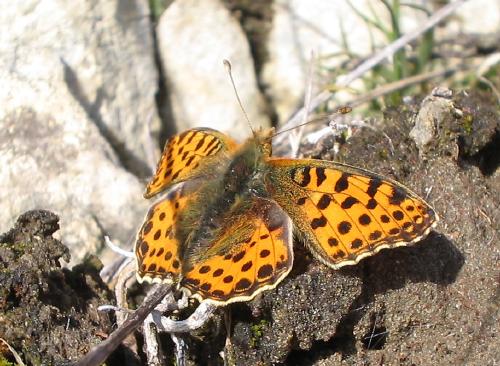 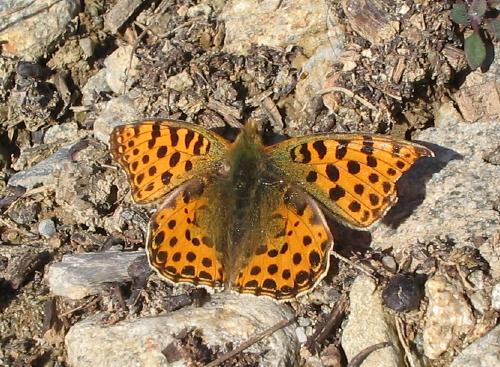 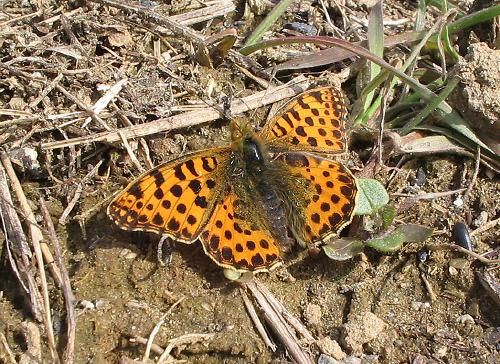 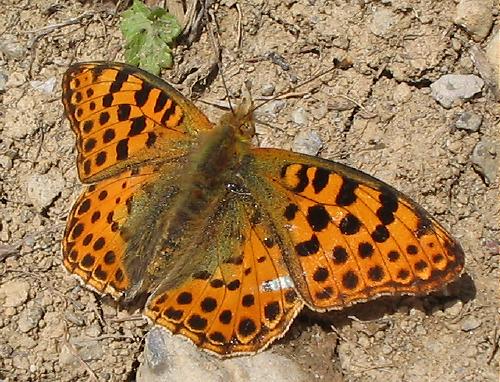 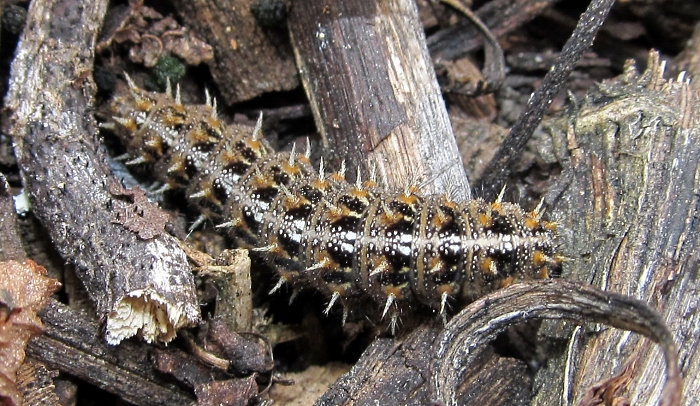 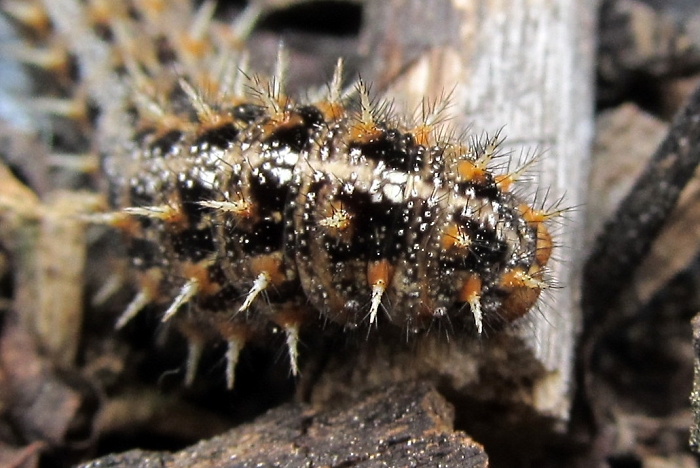 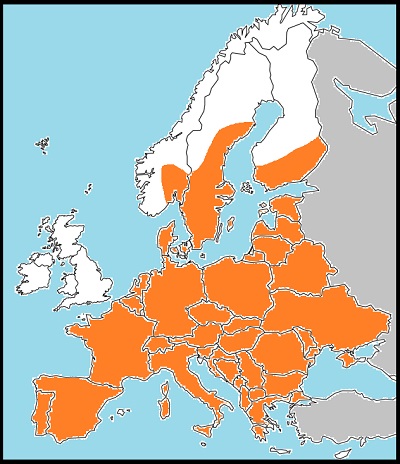 The Queen of Spain fritillary is a butterfly of hot, dusty paths and sandy wasteland pretty much throughout Europe. It is a rarity in England but seen every year and sometimes in reasonable numbers. In 1997 at least 28 were seen in Suffolk alone and it cannot be ruled out that it sometimes breeds in the UK and establishes itself for a few years until a harsh winter eliminates it.

In Switzerland, the Queen of Spain is continuously brooded throughout the year. The latest I have seen one was 19th December, 2013 - and the only reason I didn't continue seeing them that year was that I flew to England for Christmas on 20th December. I saw the first of 2014 on 8th January, just 19 days later. Weather permitting, I have regularly seen them in January and February and know certain sheltered spots where, if it is sunny, they can be guaranteed to be on the wing then. More typically in Europe, the species flies from March to October and I think my Rhône Valley population, living on steep, south-facing terraced slopes, is exceptional. Apparently, however, Queens can spend the winter in any stage - egg, caterpillar, pupa or adult - so they are essentially continuously brooded everywhere, just going into forced diapause when it gets too cold.


There is no difficulty in identifying the species. The upperside is very spotty, the wing shape characteristic and the underside, with its huge silver blobs unmistakeable. However, it is often very small - as small as a violet fritillary or small pearl-bordered fritillary - and this might cause confusion when it is not seen closely. Typically, spring broods are smaller and darker than summer broods.

The caterpillars feed on violets - preferentially those in the tricolor group. In the Rhône Valley, these may be found in leaf throughout the year, though they are maximal in spring. In March I have counted over 100 adult butterflies on a single walk in the vineyards, and it is about this time that they spread out and into the mountains. At an altitude of 1000m I usually see the first ones in April, but occasionally in March. Through the summer they spread right up to the highest mountains. They disappear in late autumn from their mountain haunts. I do not know whether any move back down into the valley to continue breeding there.