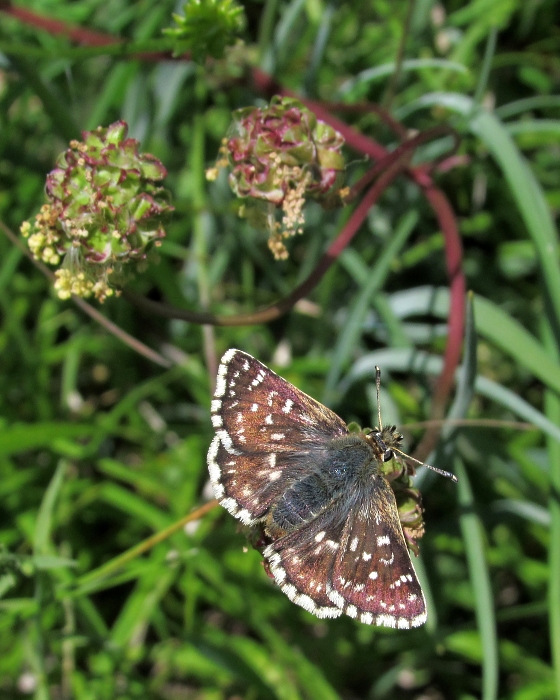 Female on foodplant, Switzerland, May 2016 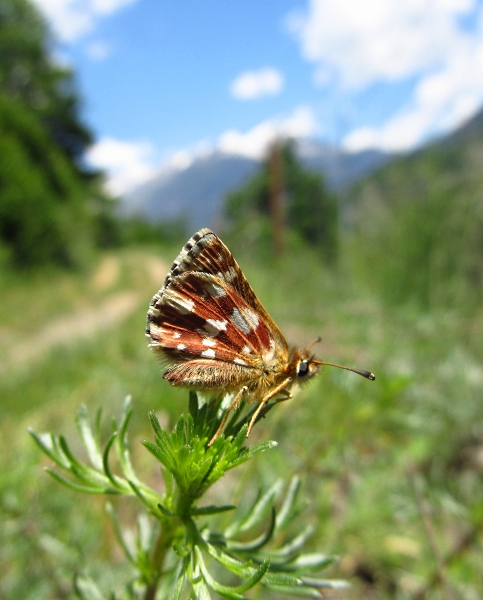 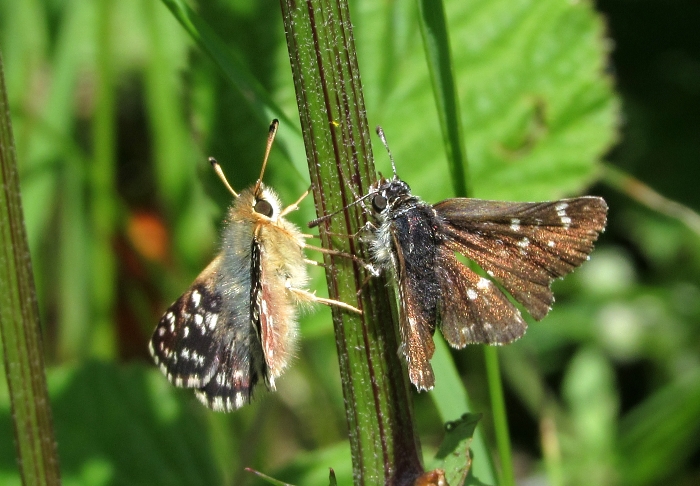 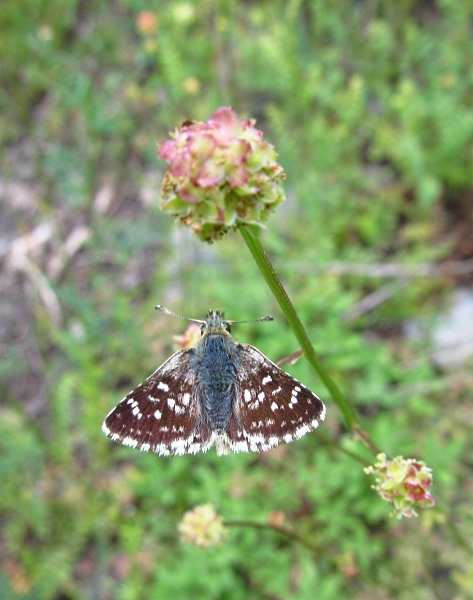 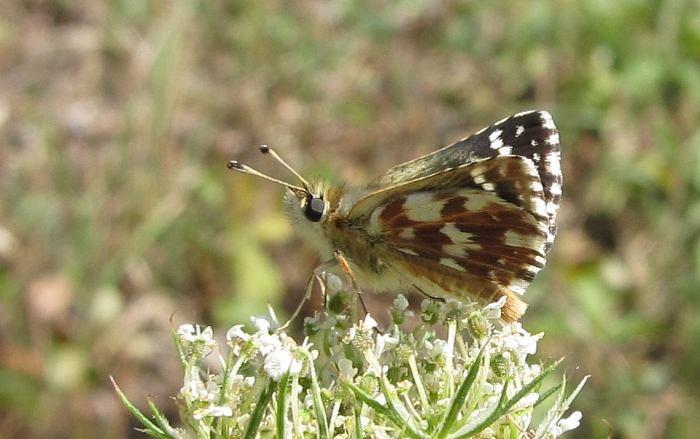 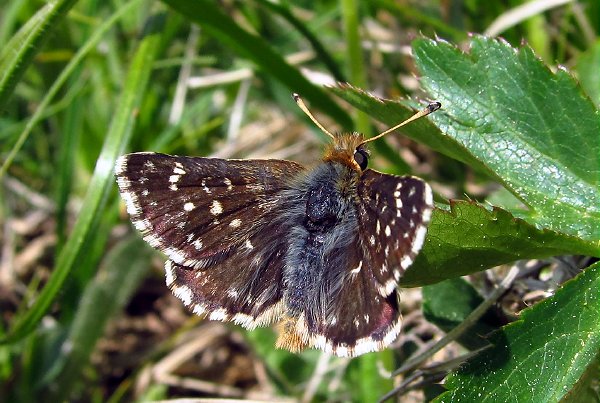 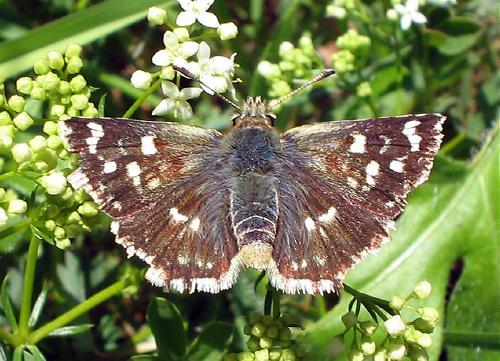 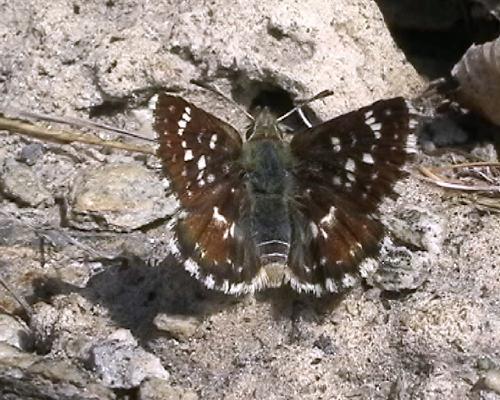 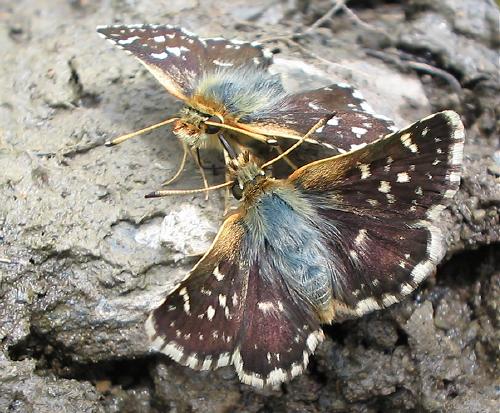 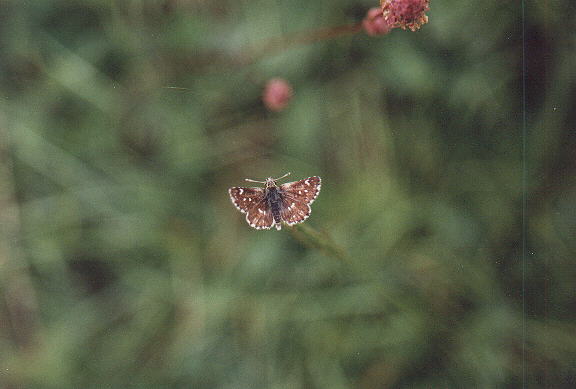 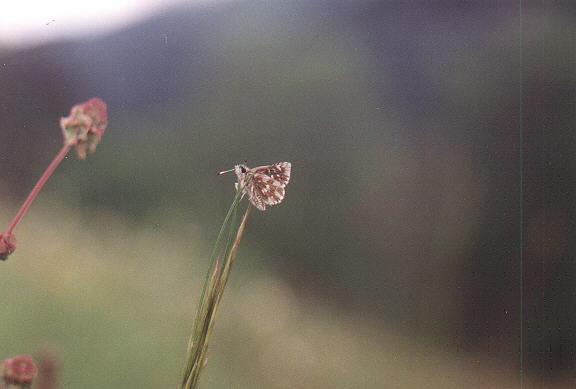 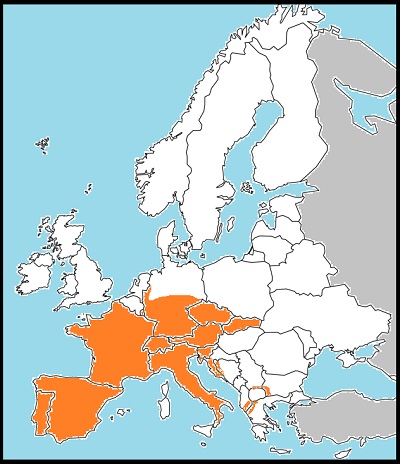 Distribution - note: on Corsica and Sardinia the closely related S. therapne flies,
considered conspecific with S. sertorius by some authors

The red underwing skipper is a widespread and generally common butterfly in much of western Europe, though its dependence on the foodplant, salad burnet, means it is restricted to where that plant grows. Older books conflate it with the closely related Spialia therapne, which flies in Corsica and Sardinia but recent studies have shown these to be distinct species. Red underwing skippers fly in hot, grassy, often bushy places, from sea level to subalpine pastures - but not up to the high mountains.

Spialia is distinguishable from Pyrgus by the complete submarginal series of neat, white spots on the upperside forewings. The muddle of central spots on the upperside hindwing is also distinctive, though in weakly marked individuals this may be reduced to a single line, as it often is in species. The underside is superficially similar to Pyrgus but different in the detailed pattern, with the large costal spot on the hindwing displaced basally and the central spot small and different in shape. The red underwing skipper in particular is rather a small skipper, with a bright red underside hindwing and often burnished shoulders on the forewings. The Corsican and Sardinian species, therapne, is smaller still, without the burnished tints. In Sicily and eastern Europe a third species flies - the orbed red underwing skipper, Spialia phlomidis. This is similar to the red underwing skipper but the underside hindwing is olive-green and the spots are rounded, especially in the female. Finally, the Persian skipper, Spialia doris, flies in the Balkans and Turkey. This is the largest of the European Spialia species, with a yellow-green underside hindwing and a complete, unbroken discal band. The upperside markings are bold.

The red underwing skipper is double-brooded, flying from April to June and then again in July and August. The principal foodplant is salad burnet though it is said to take Potentilla and other species in the rose family too. The speices hibernates as a caterpillar.