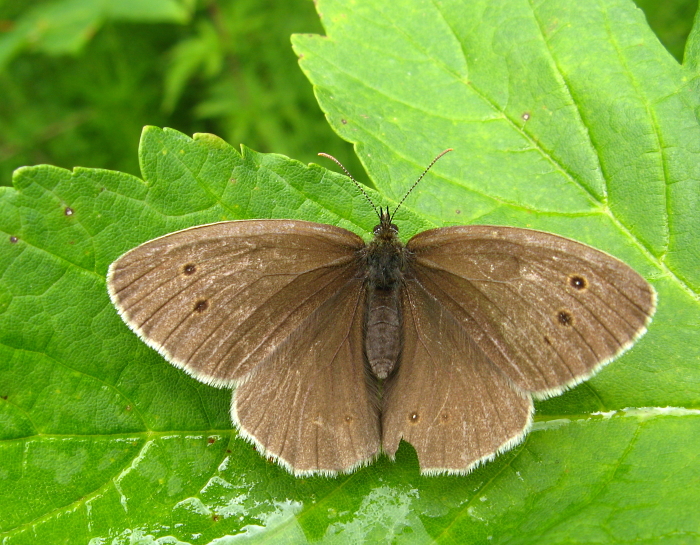 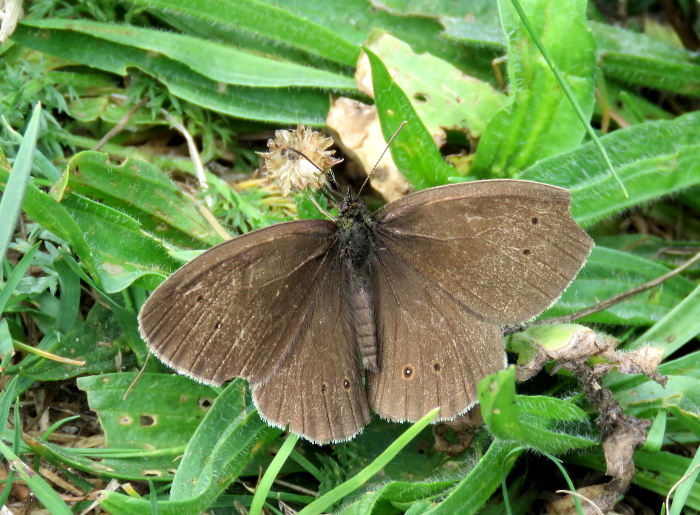 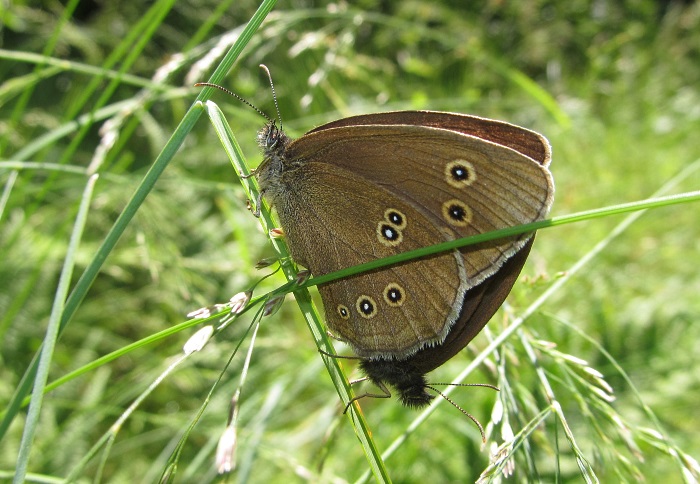 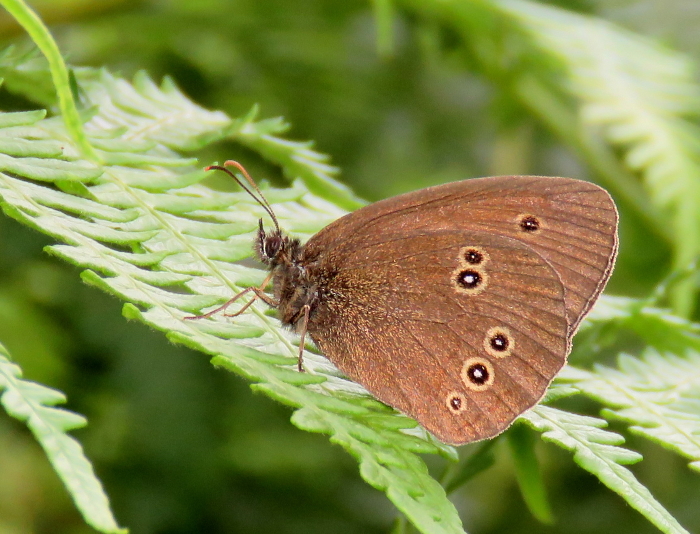 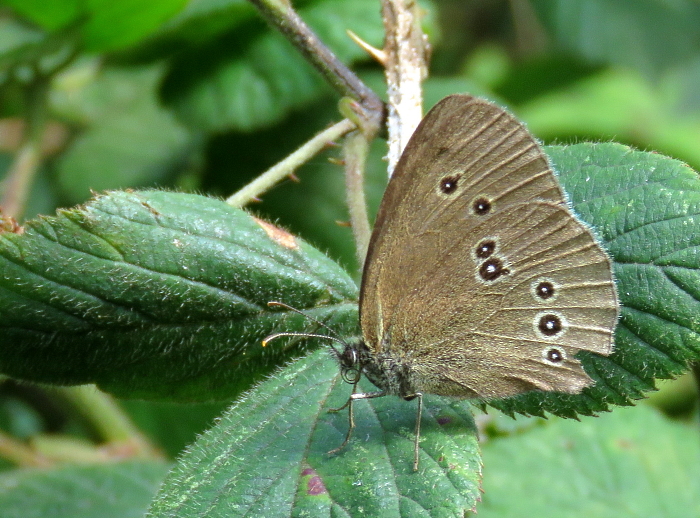 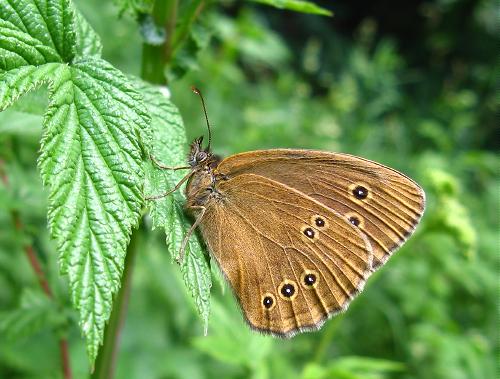 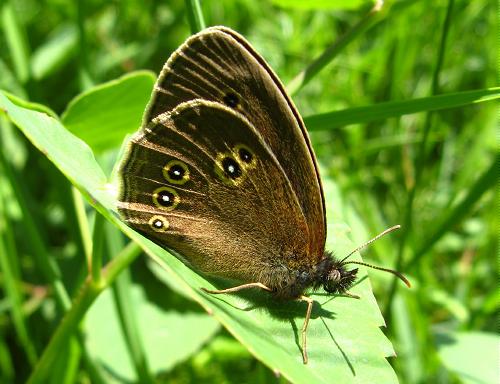 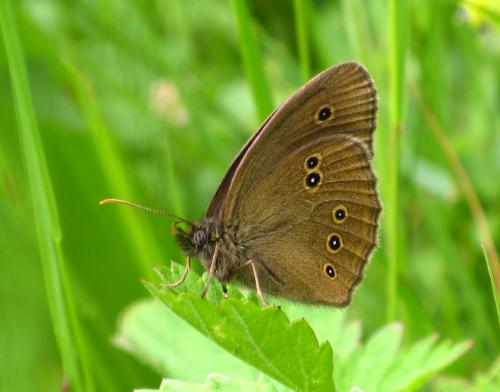 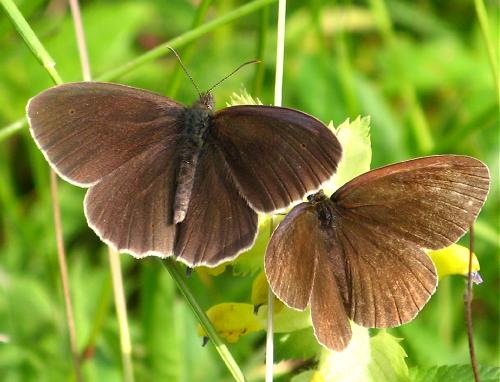 Males, Switzerland, 2007 - it is common for there to be no visible spots on males 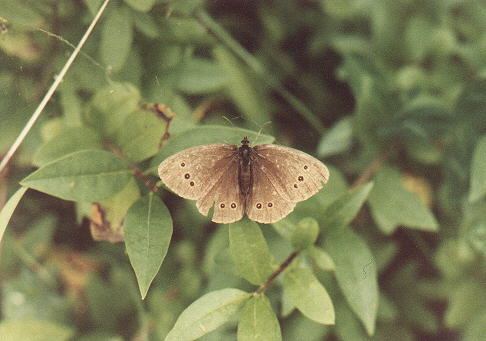 This picture is very old and I don't know where I took it. 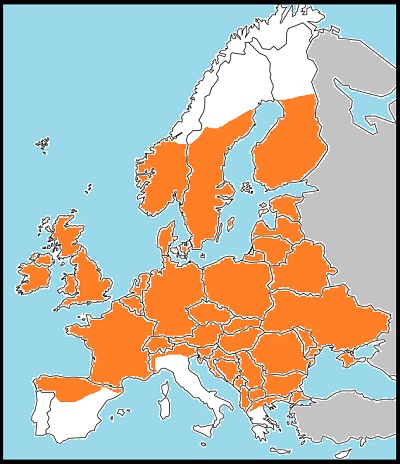 The ringlet - not closely related to the many butterflies called 'ringlets' in the genus Erebia - is a very common butterfly of bushy meadows and woodland throughout most of Europe, absent only from the southern half of Iberia, most of Italy and the far north. It usually appears in June, though may sometimes be seen at the end of May, and flies through the summer in a single generation. It may be seen from sea level up to about 1600m.

Males are predominantly sooty brown above, usually but not always with a series of somewhat obscure, yellow-ringed, white-pupilled eyespots on the forewings and hindwings. Females are similar, but a slightly warmer colour and with more conspicuous eyespots. Both sexes have a series of yellow-ringed, white-pupilled eyespots on the undersides, broken on the hindwing into groups of two and three spots. Only the rare false ringlet, Coenonympha oedippus, has a remotely similar pattern, but this is smaller, with a silvery marginal band outside the rings and a pale band inside them. There is no real risk of confusion.

Ringlets feed on a great variety of grasses and sedges, often using more than one species even at a single site. Eggs are dropped in flight rather than laid, usually in shady situations where the larvae will be protected from direct sunlight. The caterpillars hibernate, completing their development in the spring.