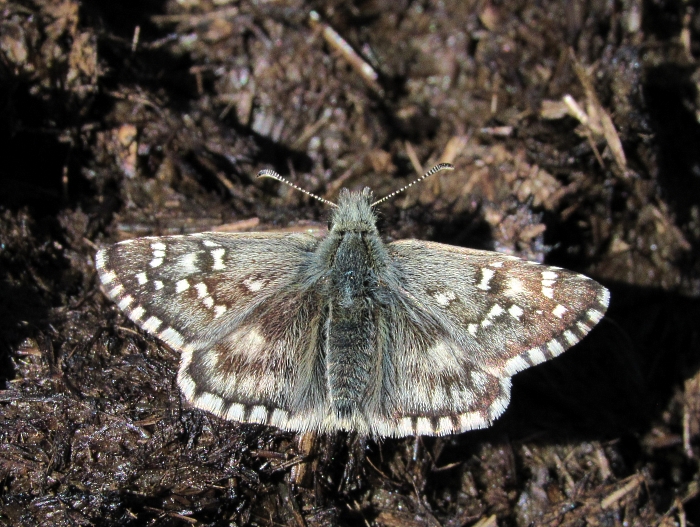 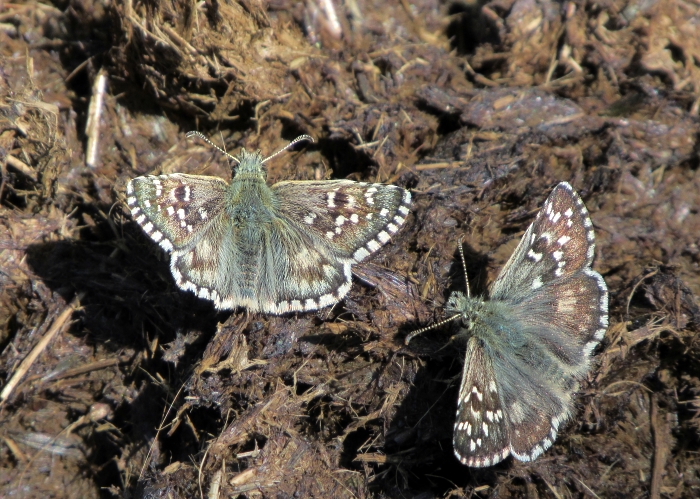 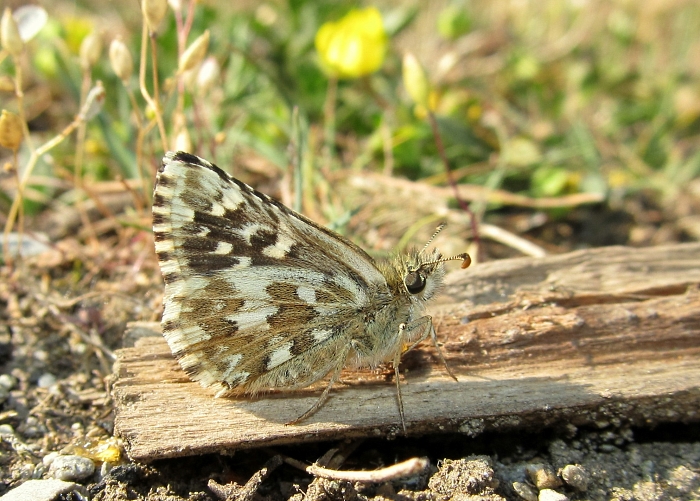 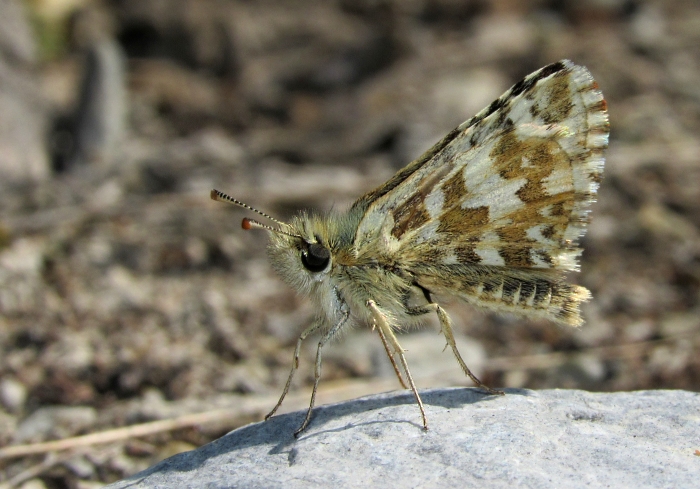 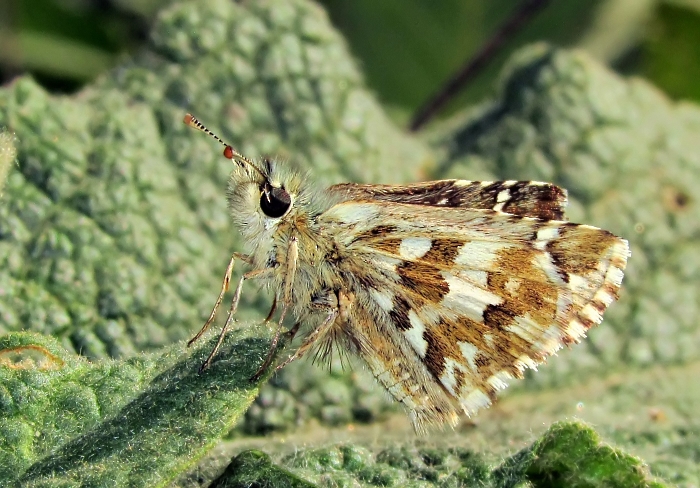 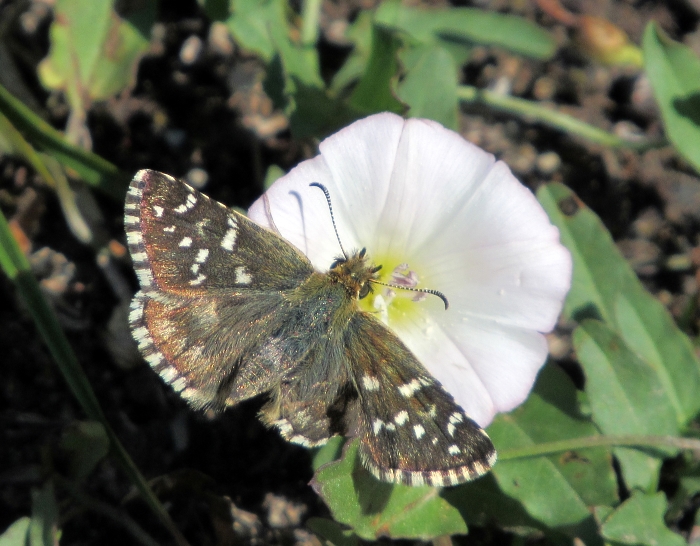 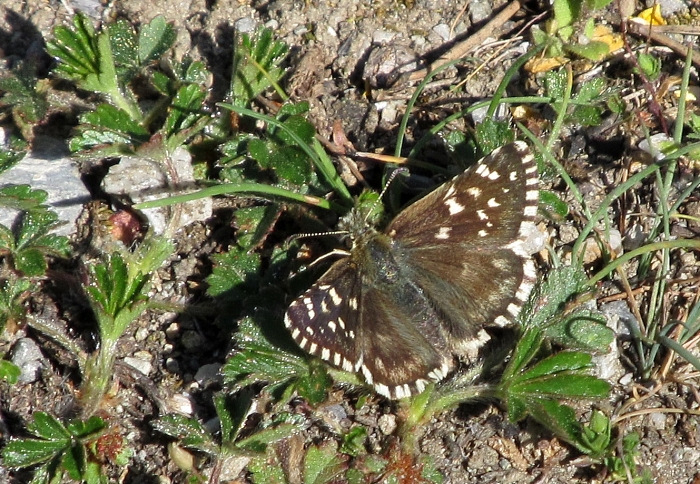 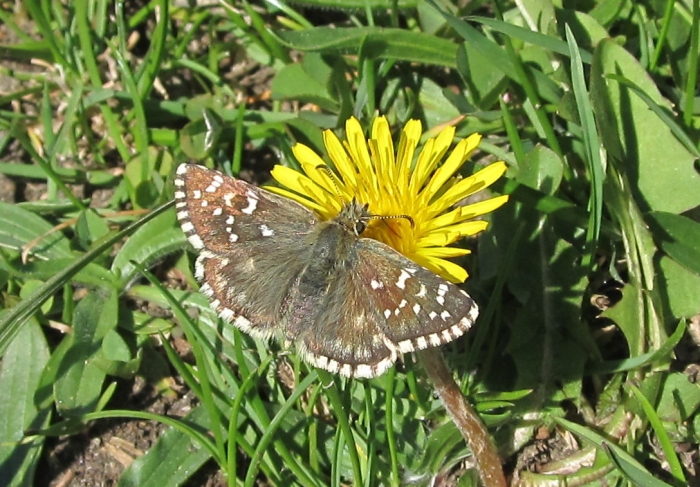 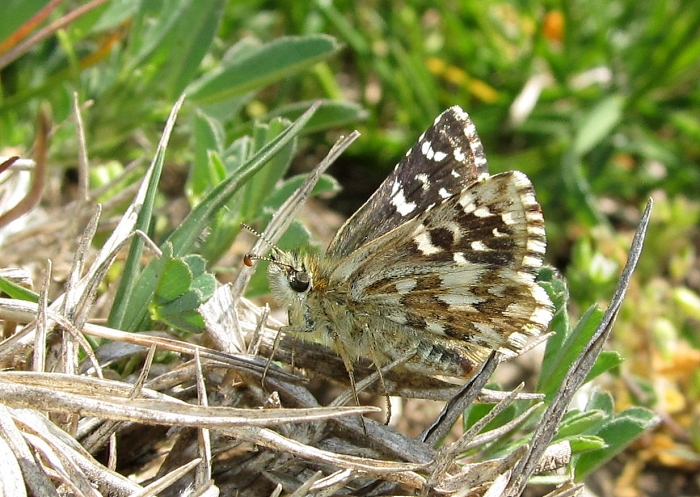 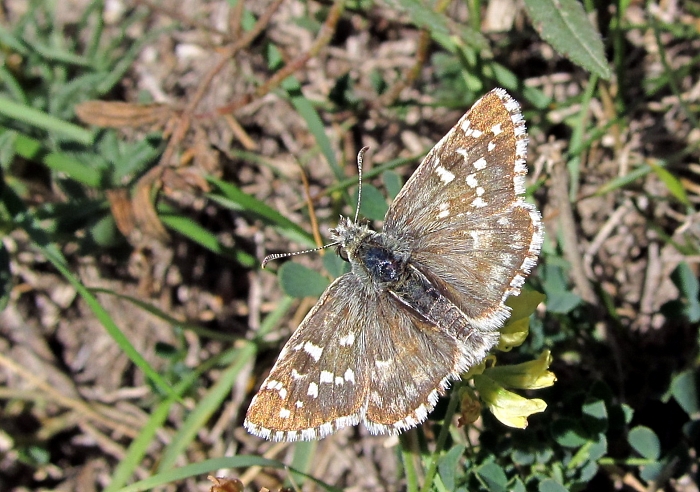 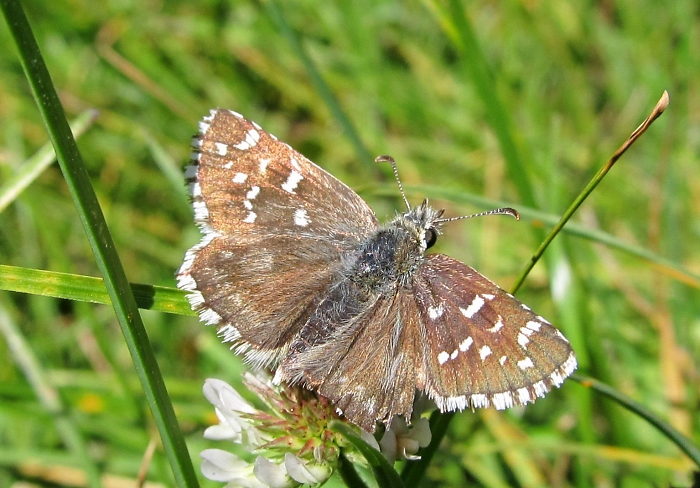 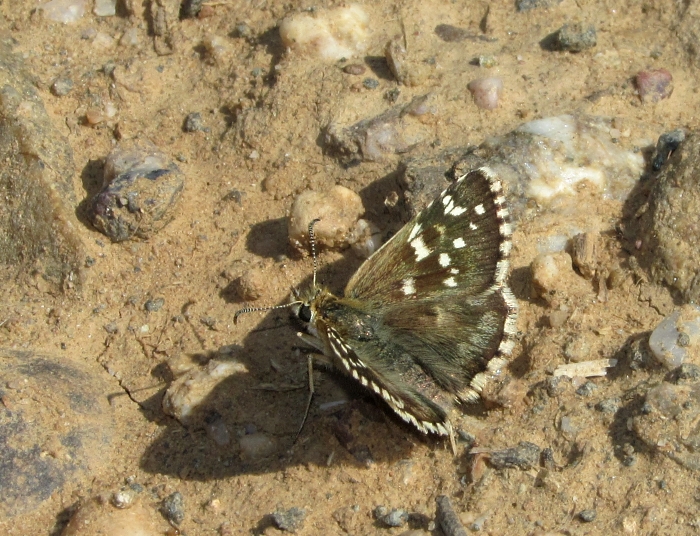 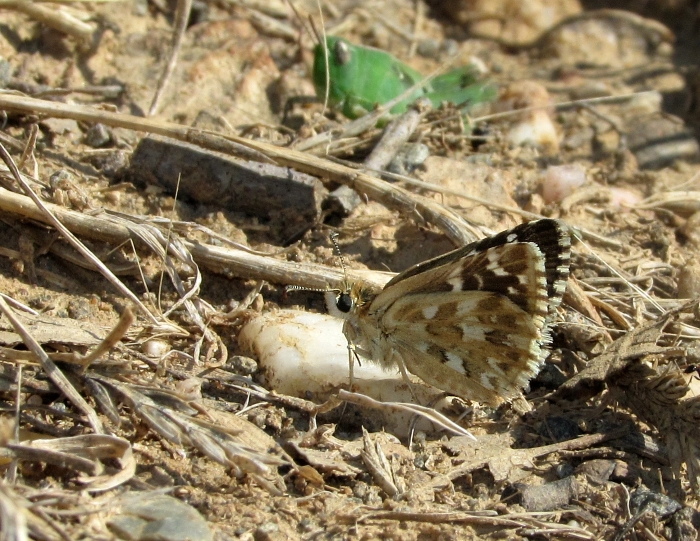 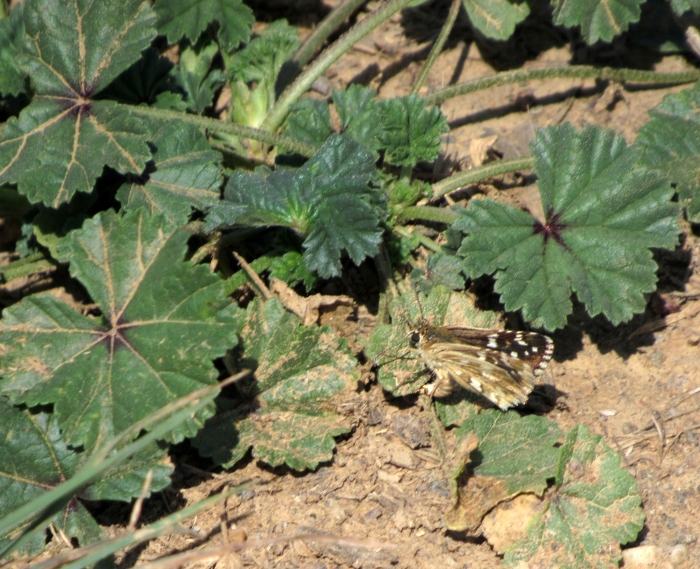 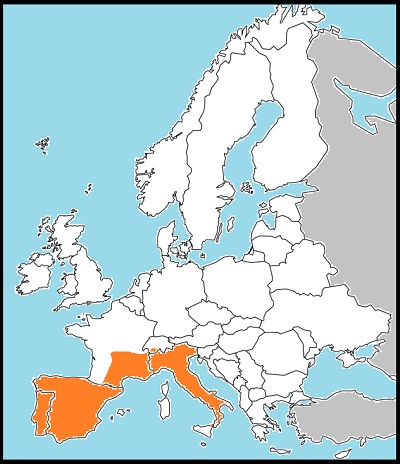 
The rosy grizzled skipper is widespread but often very local in south-western Europe. I know of only one extended site where it flies in Switzerland - a hot, south-facing, rocky hillside in the Rhône Valley - but at that site it is a common butterfly. It appears soon after the grizzled skippers, in April, and flies in three broods until well into the autumn, often being the last skipper of the year I see.

With a good view of the underside, identification is easy. The central white mark on the hindwing is shaped like an anvil, extending basally and distally at the top, and edged in black. Other spots in the postdiscal sequence are also edged in black, including the characteristic large, slightly sinuous spot in s.1 (often called the 'signe de Blachier'). The underside ground colour is brownish, tinged with orange, and the veins are bright. From the upperside, this is a well marked skipper, though less so in the female, often with quite extensive white scaling on the male upperside. The hindwing markings are well defined, particularly in the male. In the female, the central mark is often reduced to a short transverse line. In the male, even when the markings are full and complete, this line is still often accentuated.

Like many other grizzled skippers, the rosy grizzled skipper uses various species of Potentilla as foodplant, and I believe these are what it uses in Switzerland. It will also take mallow (Malva neglecta). This is said to be the predominant foodplant in Spain. The female I photographed ovipositing in Aragón was on a rough patch of waste ground near cultivation, where mallow was growing. The species hibernates as a larva.