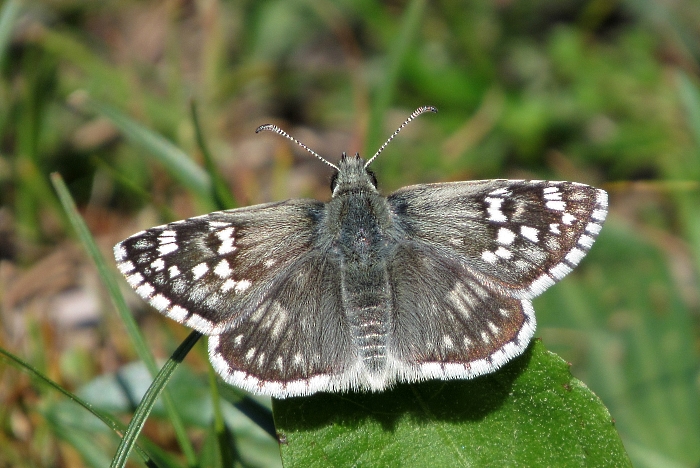 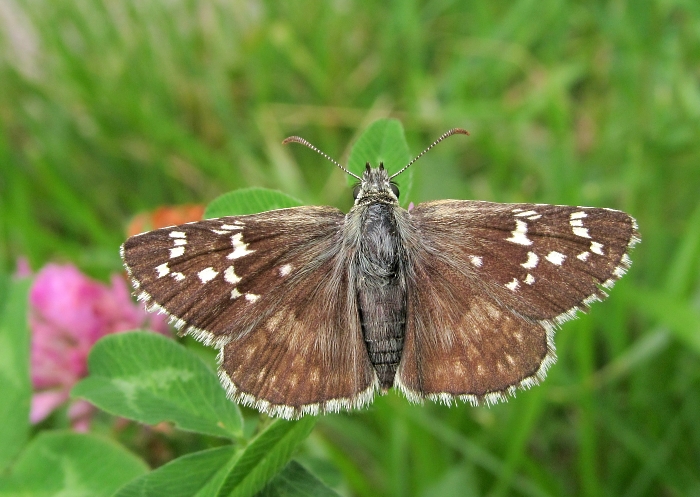 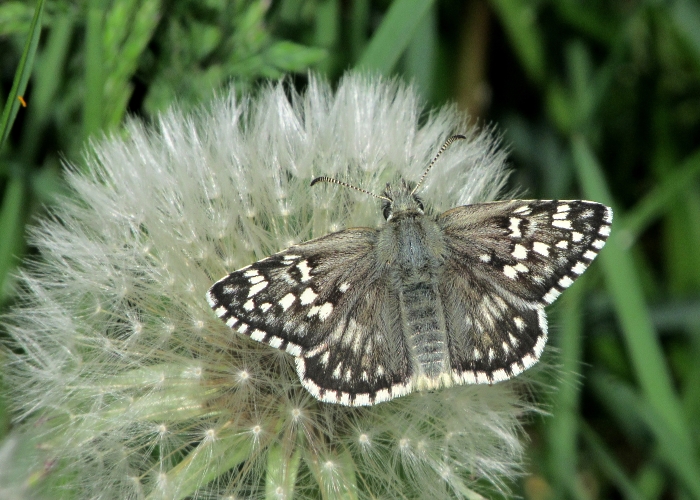 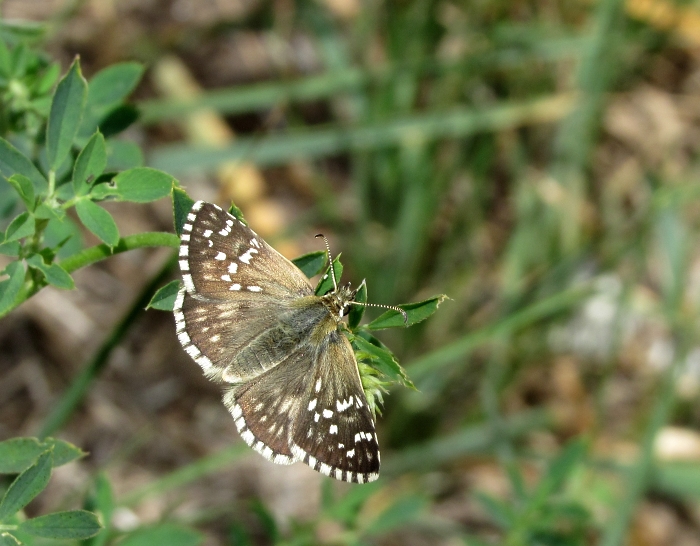 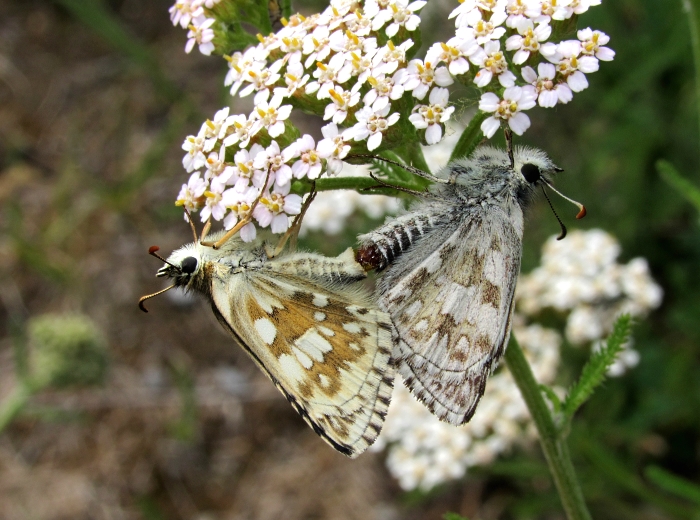 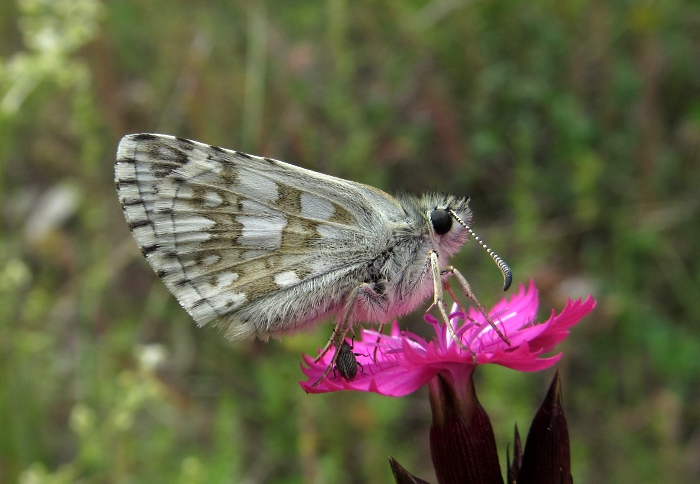 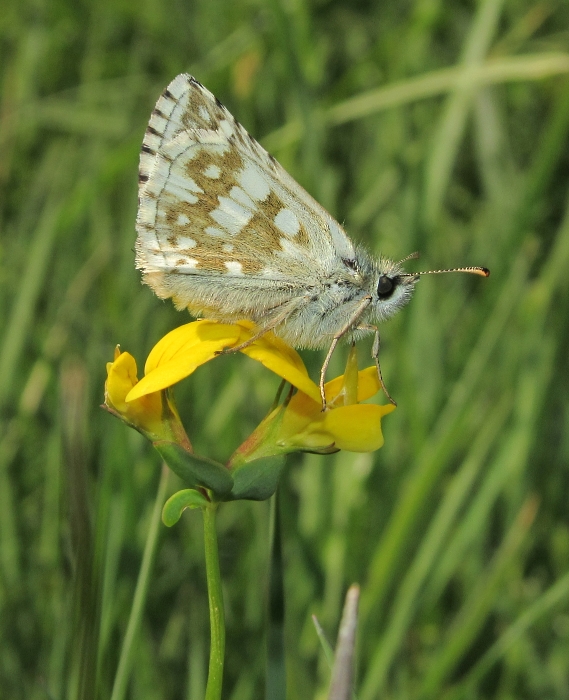 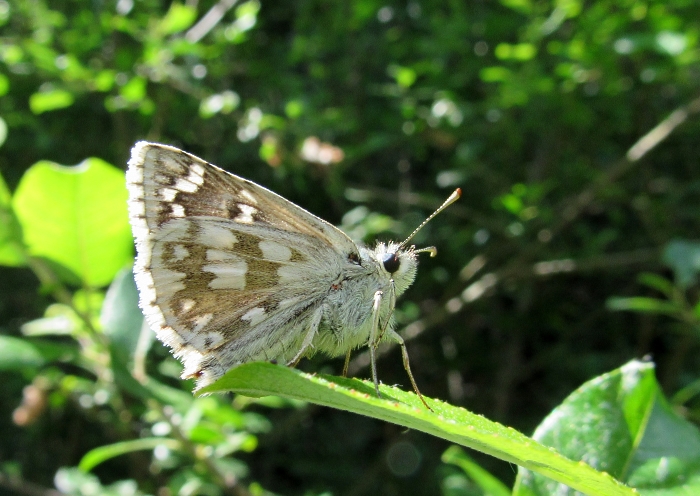 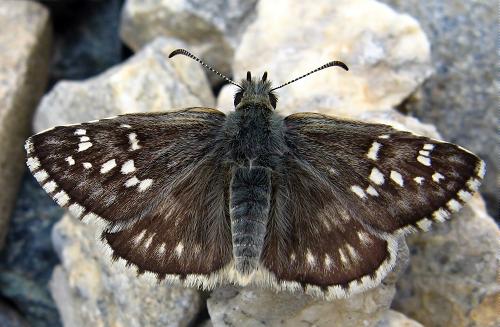 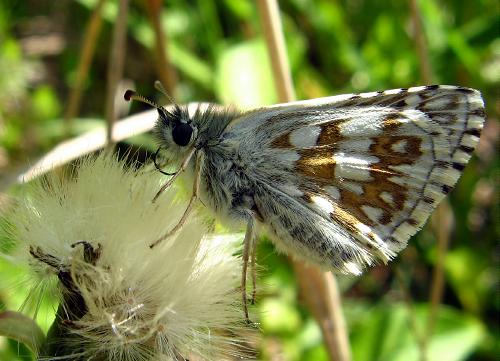 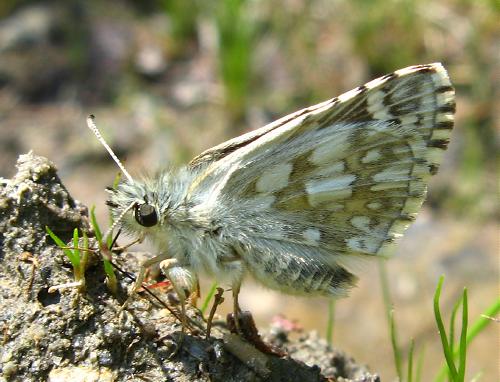 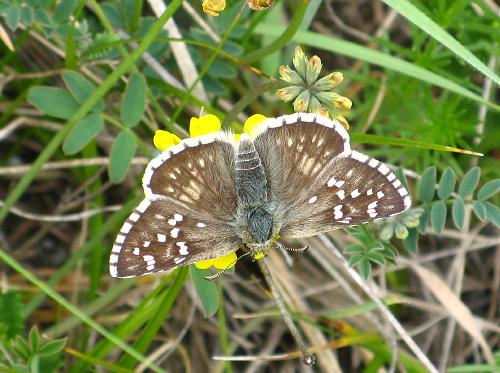 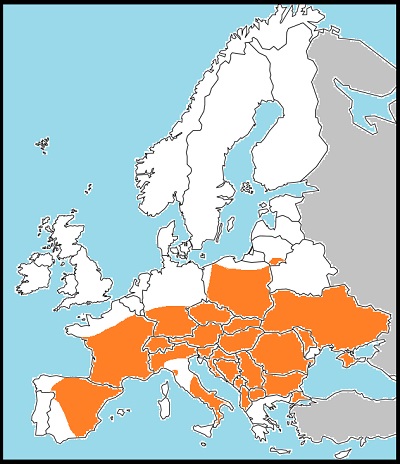 This very distinctive skipper is widespread and often common in the southern half of Europe, where it can be found in hot, flowery, bushy meadows and hillsides. In Switzerland it is found in good numbers in the Rhône Valley, reaching a little up the mountains on either side but generally not much higher than about 1500m, and then only in sheltered suntraps. It is said to fly up to 1800m.

The first thing you notice about the safllower skipper is its size - comfortably the largest Pyrgus skipper in most of its range. The second is its strong flight - buzzing, like all grizzled skippers, but also fast and powerful. The male is very well marked above, with strong white markings on a sooty ground and lots of white scales and hairs on the wings. The spot at the end of the cell is strong and usually jagged or zig-zag - as it is in the female too. The hindwing has a conspicuous but somewhat obscured central band, broken into lengthwise pieces, with a row of elongate white spots outside - described by Tim Cowles as a necklace of sharks' teeth! The female is similar but the ground colour is brown rather than sooty and the white markings on the hind wing especially are weaker and more obscured. The underside is distinctive, with a complete white marginal band and grey shadowing to the white spots. Strangely, the only skipper that vaguely resembles it from the underside is the olive skipper, which sometimes has a more or less complete white band but lacks the grey shadows.

Safflower skippers fly in a long, single brood from June to September. The foodplants, as with so many Pyrgus skippers, are various Potentilla species, and it hibernates as a caterpillar.