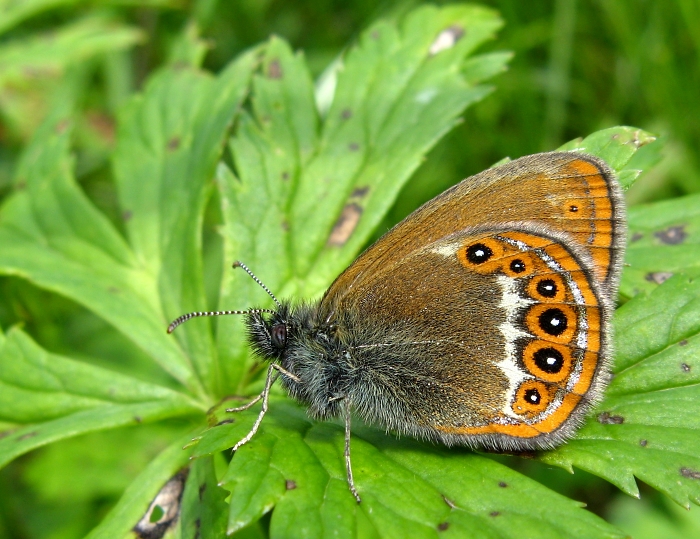 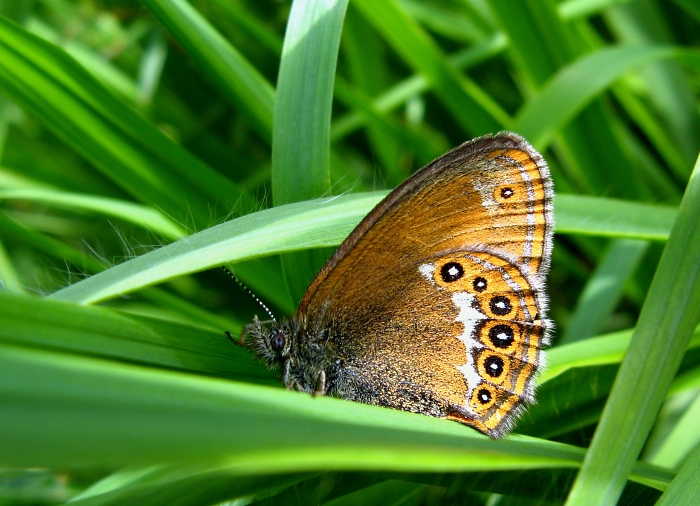 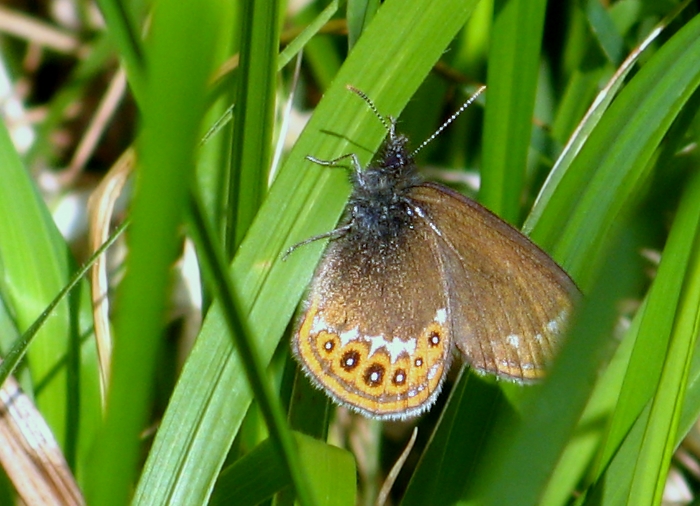 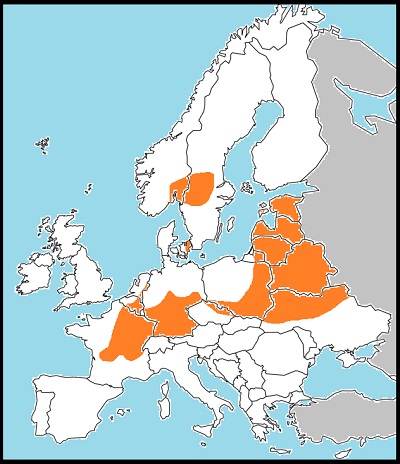 The scarce heath is a rare, wetland butterfly, found only locally, in small, scattered populations, within the general range shown on the map. I have seen it only once, at a small site in France not very far from the border with Switzerland, shown to me by Matt Rowlings. The habitat was very boggy, with tussocks of course grass and many bushes and small conifer trees - themselves a threat to the population, if they were to become too large and dense. Because of its fragmented distribution and the small size of colonies, this is a vulnerable species. Local extinctions are likely to be permanent - and there have been many local extinctions.

This is a very dark heath, and given even a reasonable view quite unmistakable. The underside is rich brown, with a prominent series of confluent, orange ringed,white-pupilled ocelli on the hindwing, set just outside a white band, and a silver ribbon inside the margin. It could only be confused with the equally rare false ringlet, Coenonympha oedippus. In that species, the rings are yellow and the uppermost ocellus is displaced basally and set apart from the others.

The larval foodplants are given as blue lyme grass, sea barley and wood barley. The caterpillars hibernate and the adults fly in a single generation from May to July.