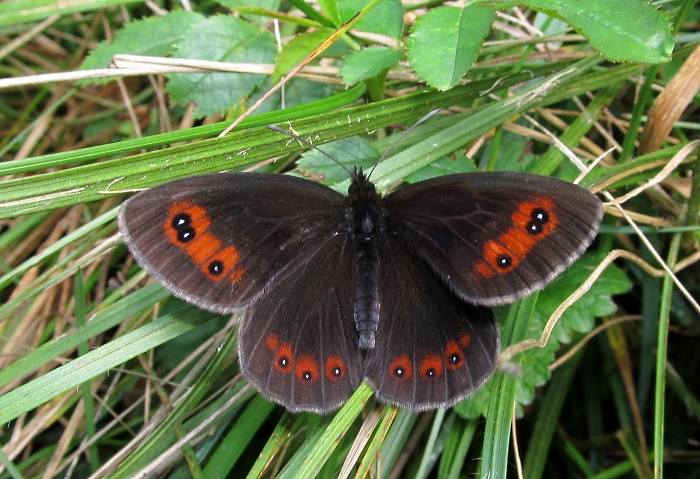 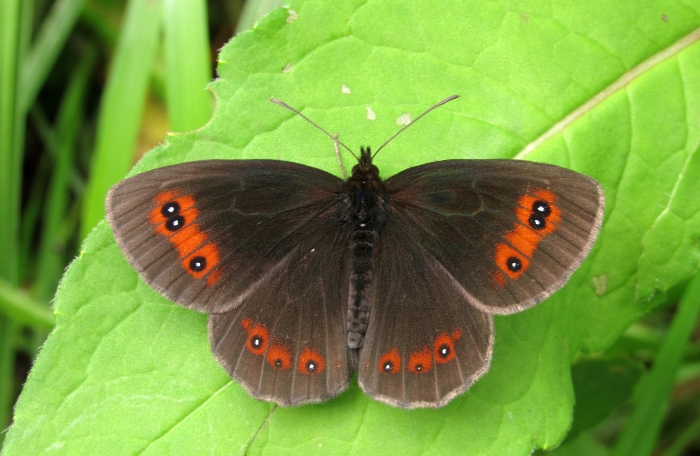 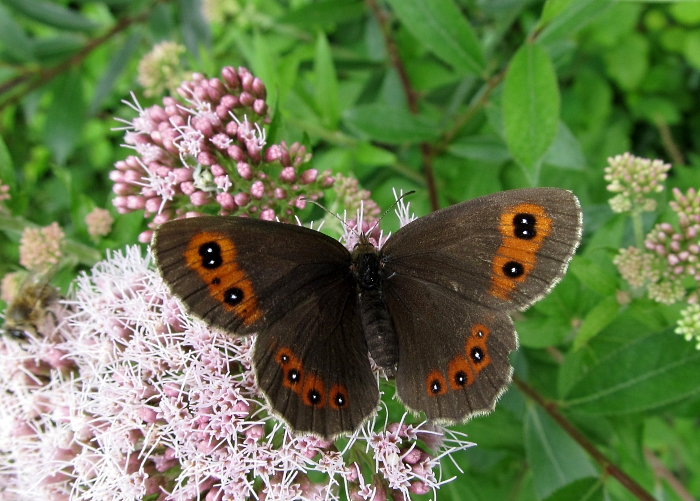 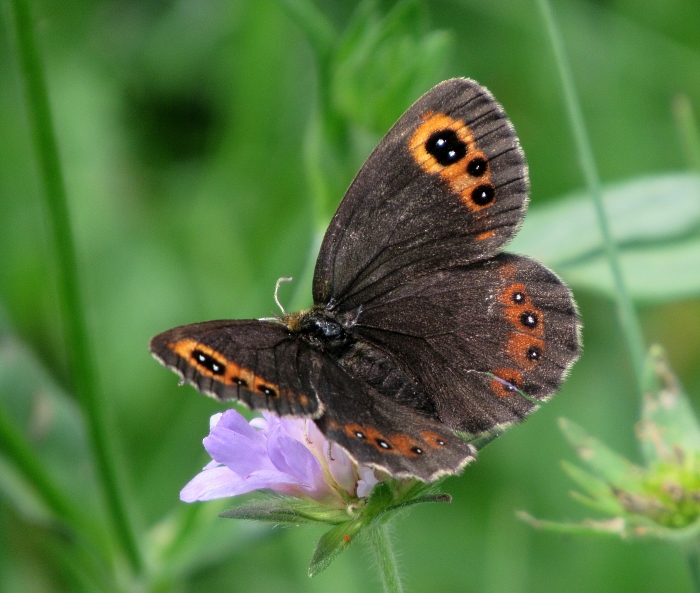 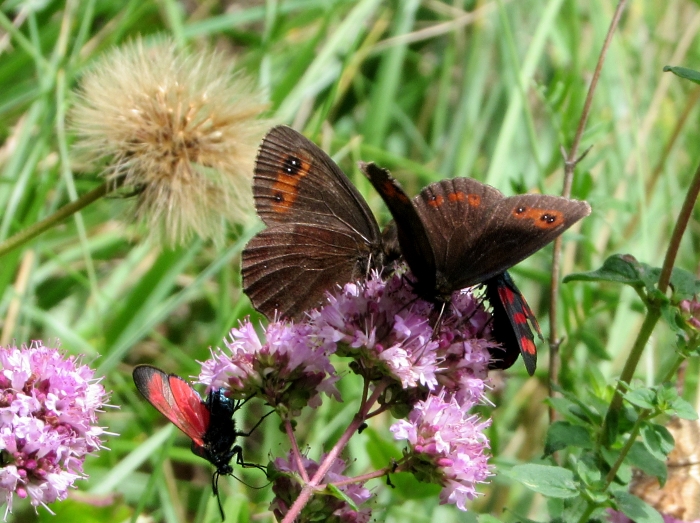 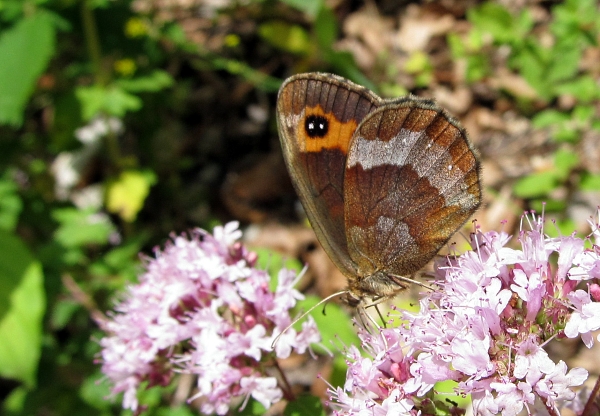 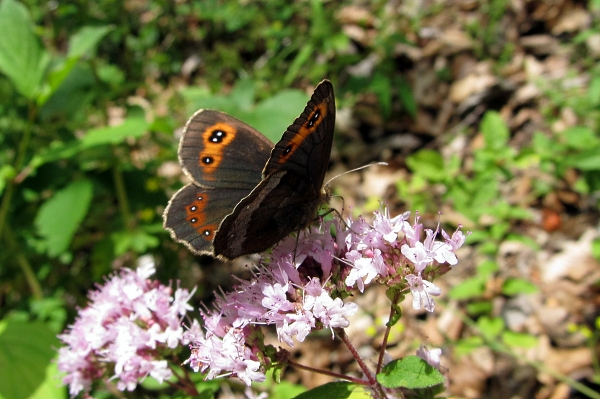 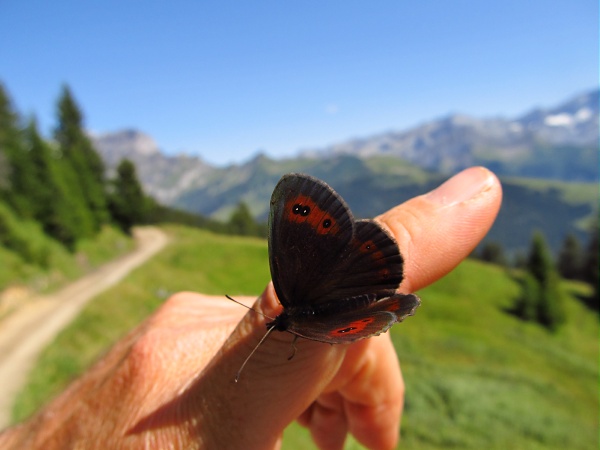 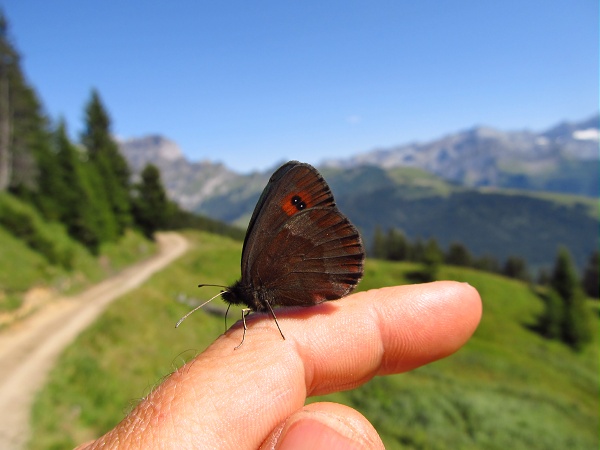 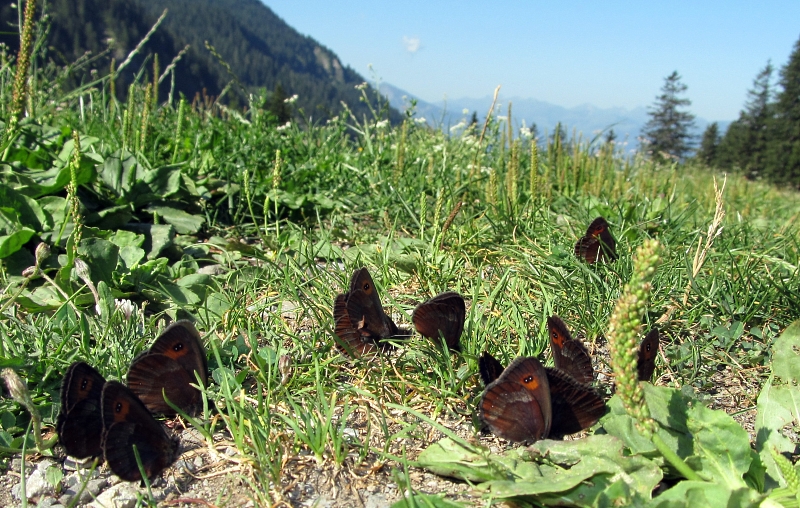 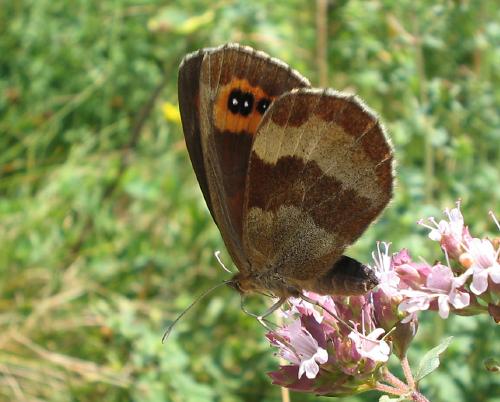 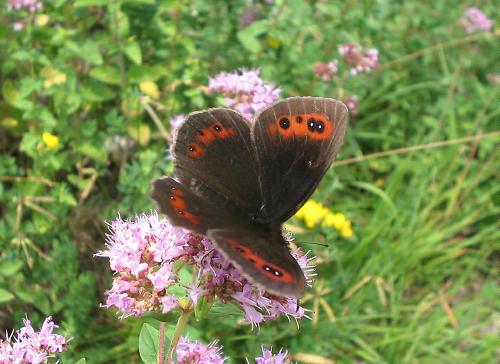 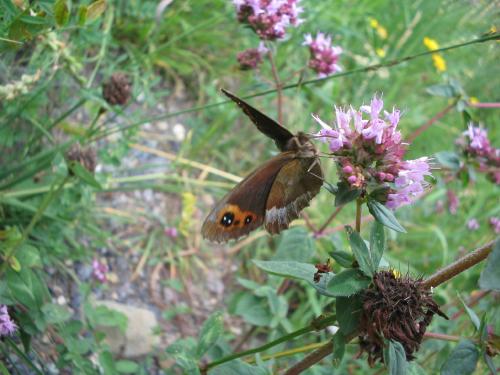 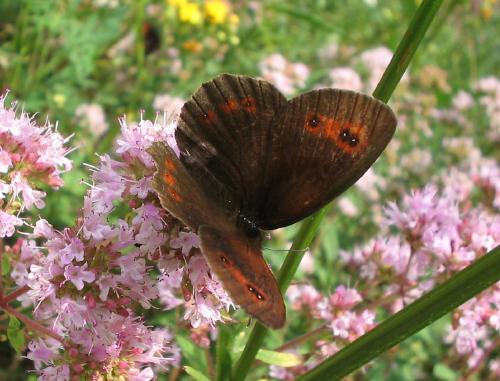 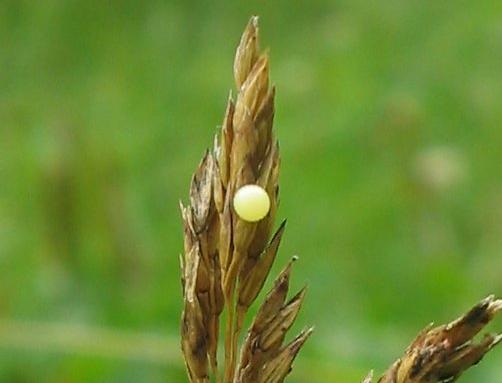 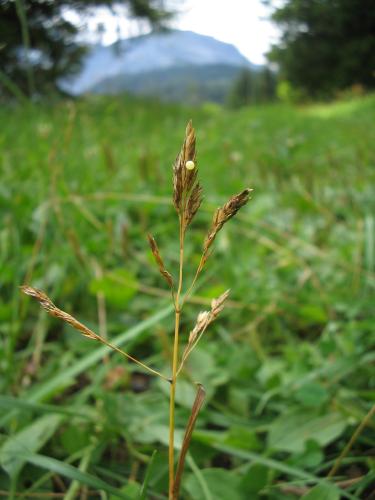 The same egg, in the broader picture... 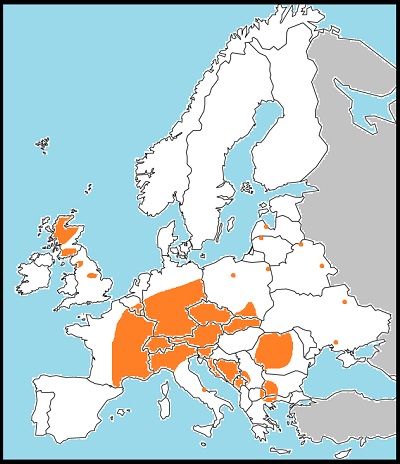 This is one of the later Erebia species, flying in July and August in mountains throughout much of Europe, including Scotland. Near me in Switzerland, it always emerges some weeks after the Arran brown, which shares many of its habitats. Looking at recent maps, it seems many of its populations in eastern Europe have become extinct, leaving just the dots I have marked above (following the data in Kudrna's latest atlas). Tolman indicates its presence throughout that eastern region. The Scotch argus is an amenable butterfly - especially the male of the species. I have often had them crawling over my person or clothes, looking for sweat to sup at. They are also sociable butterflies - again, especially the males - and may be seen gathering in good numbers at favoured spots.

The upperside is characterised by a dark, velvety appearance, with a constriction in the red band. The fringes of the female are rather obviously chequered - less so, or not at all, in the male. The only other species with similar chequering are the Arran brown and large ringlet. The female underside is marked with bright bands and usually no spots on the hindwing - it is very distinctive. The male has richer, subtler colours, though in some individuals the postdiscal band can be quite bright. In general, this is an easy butterfly to identify.

The Scotch argus uses a variety of grasses as foodplants and can be found in very varied habitats, from sheltered woodland to open, alpine meadows and moorland. The caterpillar hibernates in the second or third instar and continues feeding up in the spring, emerging as an adult from about mid-July. Unlike many Erebia species, it does not (to the best of my knowledge) ever take two seasons to complete its life-cycle.