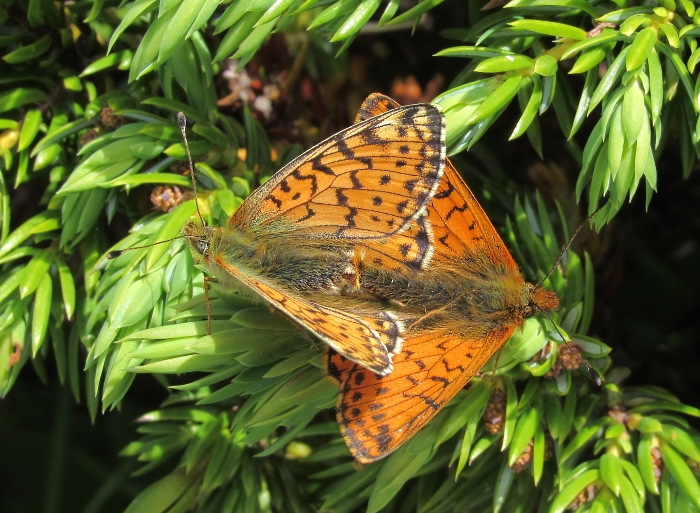 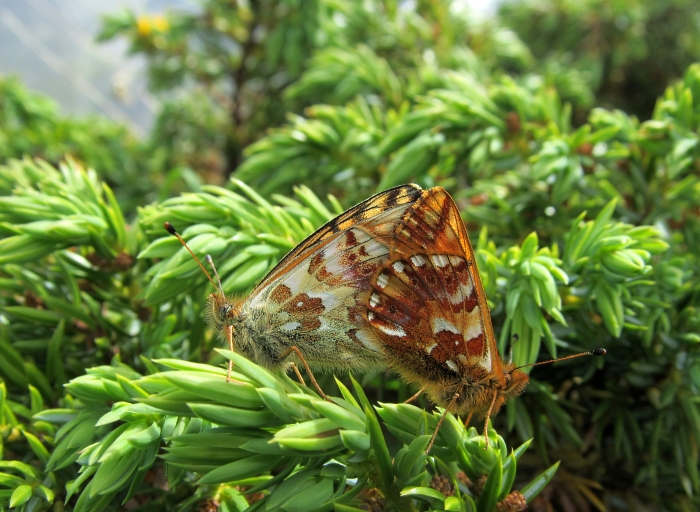 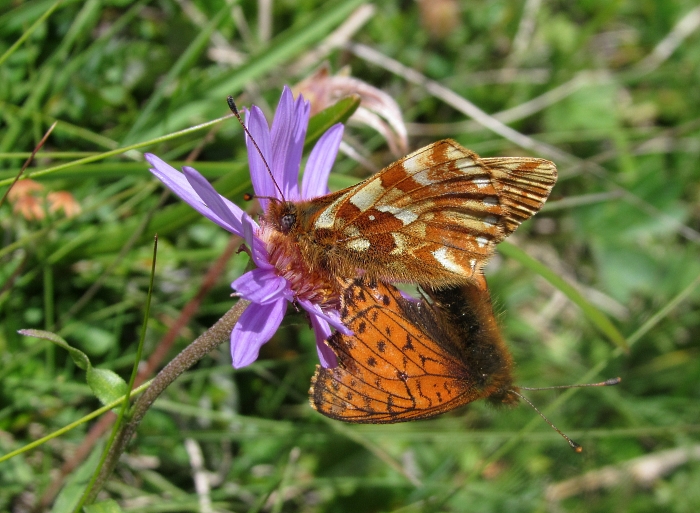 Switzerland, July 2018, male below, female above 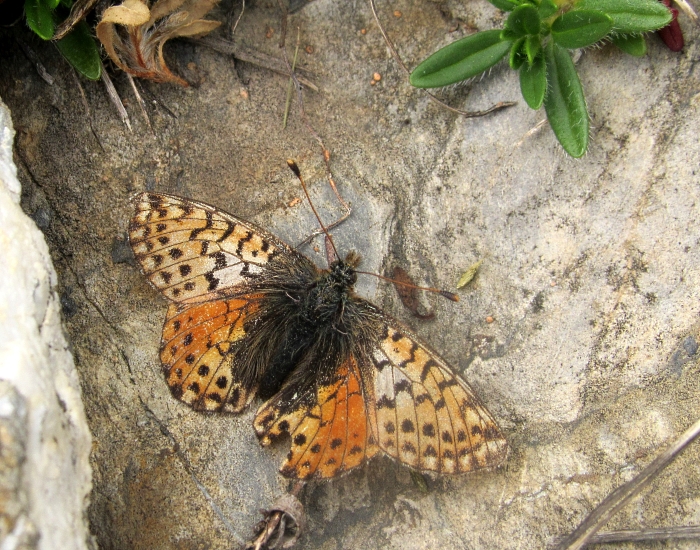 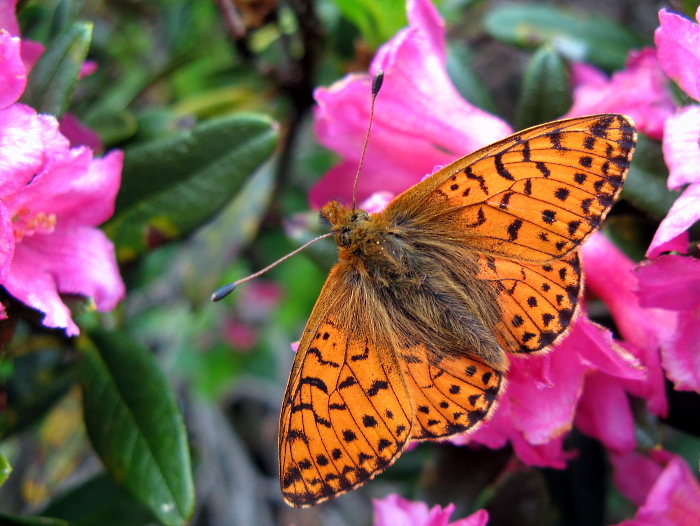 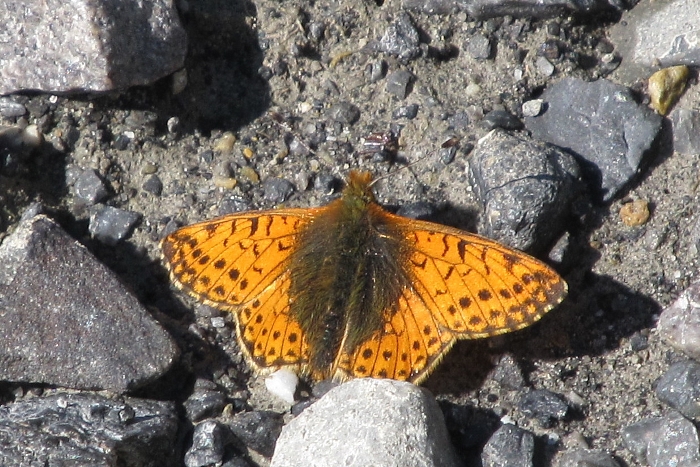 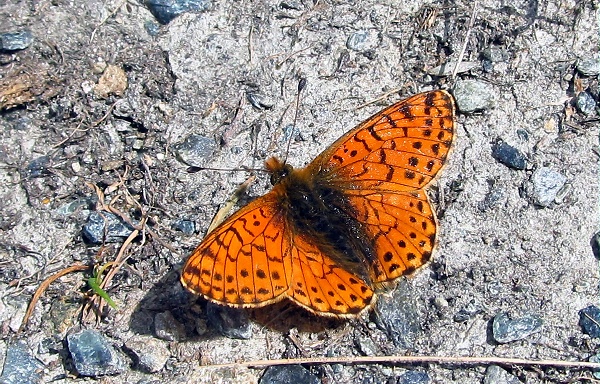 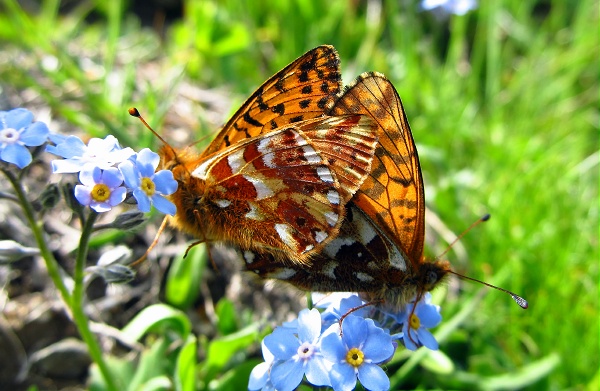 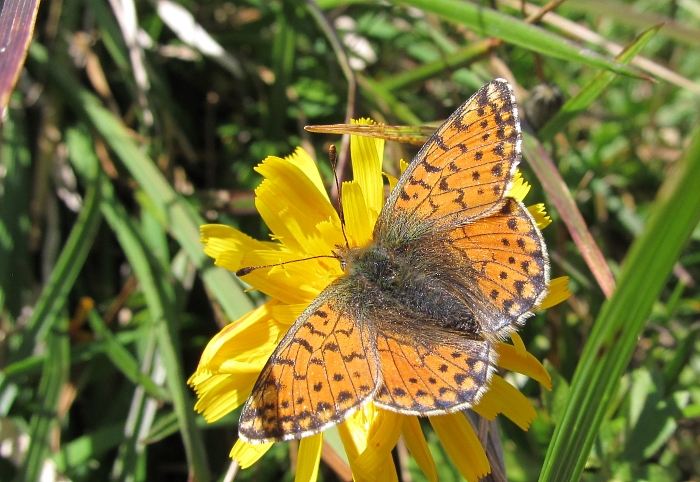 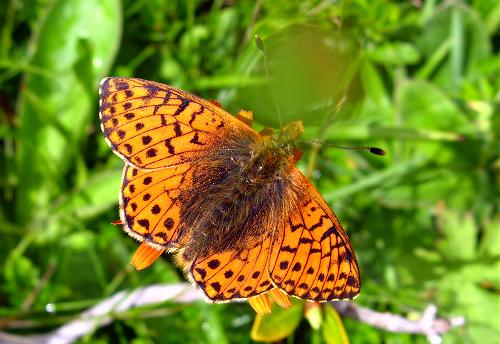 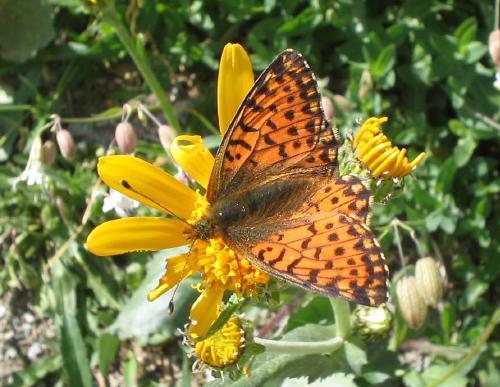 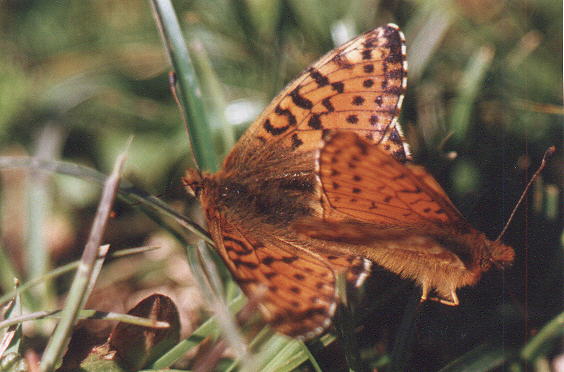 Female on left, male on right, in Switzerland, many years ago 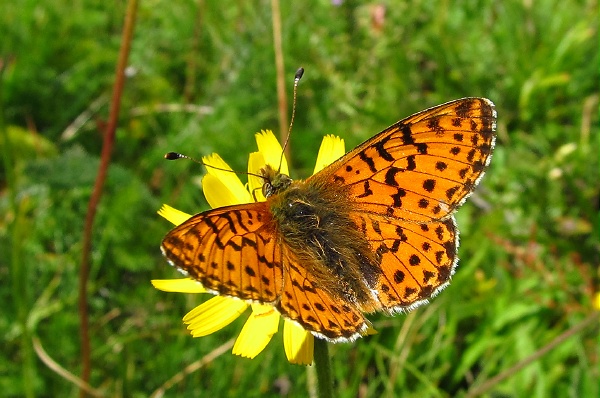 Male, subspecies (or species) pyrenemiscens, from the Pyrenees, July 2011. 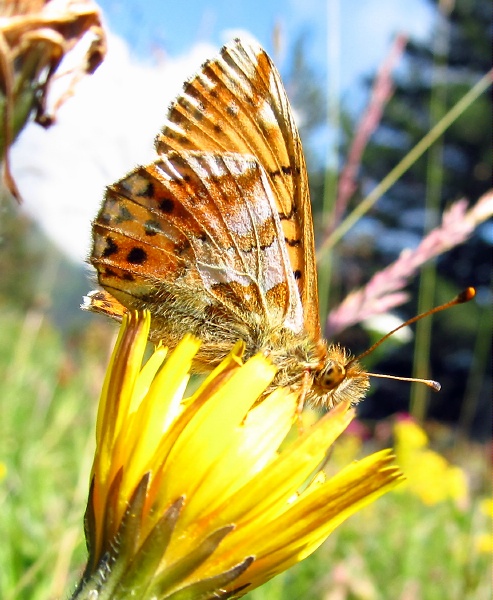 The underside of the same male. 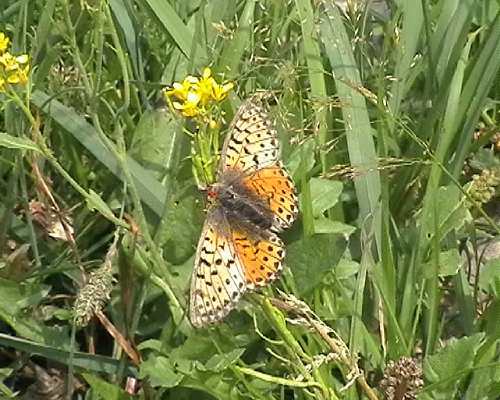 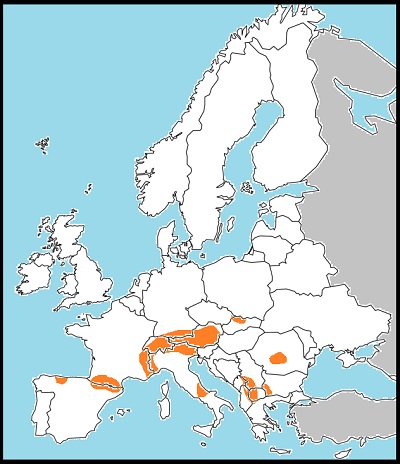 This is a common, mountain species, found across Europe from northern Spain to the Balkans. From the end of June it may be seen in alpine and subalpine meadows anywhere above about 1500m, though more typically above 2000m. In Switzerland I associated it particularly with low, scrubby vegetation like Alpenrose, though it can also be seen on open hillsides.

In earlier books, just four European species are categorised as Boloria, the other Boloria species being more often treated as in a separate genus, Clossiana. This arrangement is still followed by some authors and is a useful field distinction. The four Boloria (sensu stricto) species are the shepherd's fritillary (pales), the mountain fritillary (napaea), the cranberry fritillary (aquilonaris) and the Balkan fritillary (graeca). These last two have well developed black spots beneath the forewing and are generally much more local insects. Most often, the task in the field is to distinguish between shepherd's and mountain fritillaries, both of which are widespread and common. Females are easiest to separate, as female mountain fritillaries always have some suffusion over the wings, varying from a barely perceptible duskiness to deep, reflective blue. They are also rather larger than female shepherd's fritillaries and have a distinctly paler underside hindwing. Males present a much greater challenge and I am not at all convinced I am always able to separate them in the field. Typically, male shepherd's fritillaries are smaller and more angular, with more macular markings than male mountain fritillaries. However, the Swiss subspecies, palustris, may have very linear markings, as in the male in the first coupling shown on these pages. Typically, the discal mark in s.2 of the forewing touches, or approaches closely, the corner of the cell, while in the male mountain fritillary it typically connects with the vein a little off the cell. All these features, however, are very variable. Some people place weight on the twin lines of postdiscal/submarginal spots on the forewing, which they say run more parallel as they approach the apex in mountain fritillary. I cannot find this borne out in set specimens illustrated in the many books I have. The underside hindwing of shepherd's fritillary is brighter and more contrasting and the underside forewing markings are better defined at the apex; but again, these are difficult criteria to apply in the field and do not seem to hold universally. In the end, I usually go on jizz, and it is quite possible I have this wrong. Fortunately, there are usually sufficient numbers of these butterflies around to find females and confirm the presence of one or both species.

The Pyrenean subspecies of shepherd's fritillary, pyrenemiscens, also found in the Cantabrians, is sometimes considered a species in its own right.

The foodplant is Viola calcarata. The species hibernates as a small caterpillar and flies in a single brood from the end of June into the autumn.