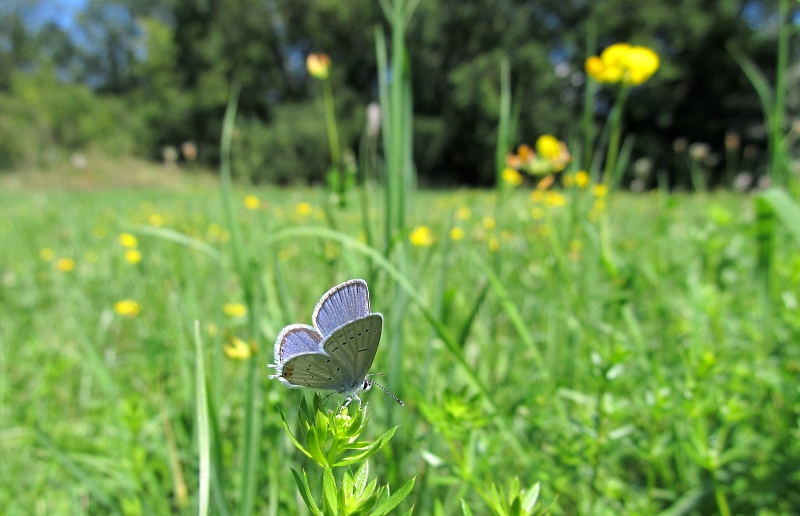 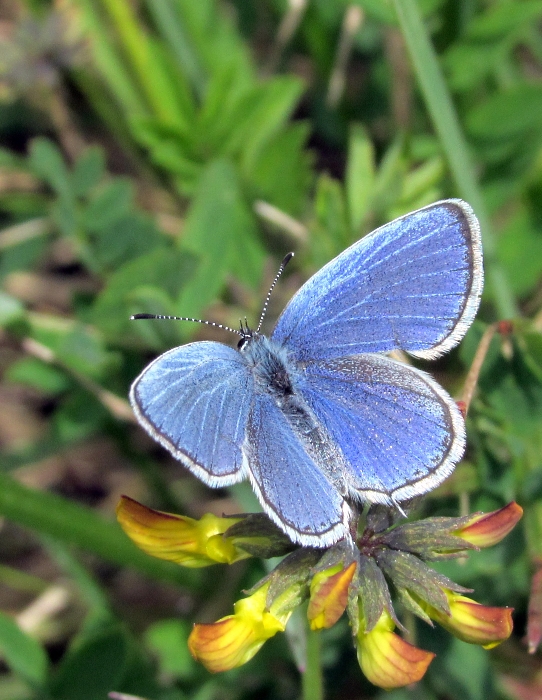 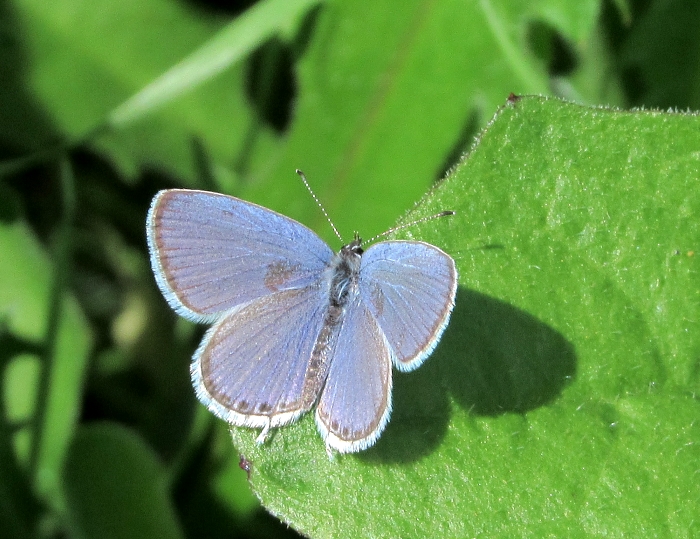 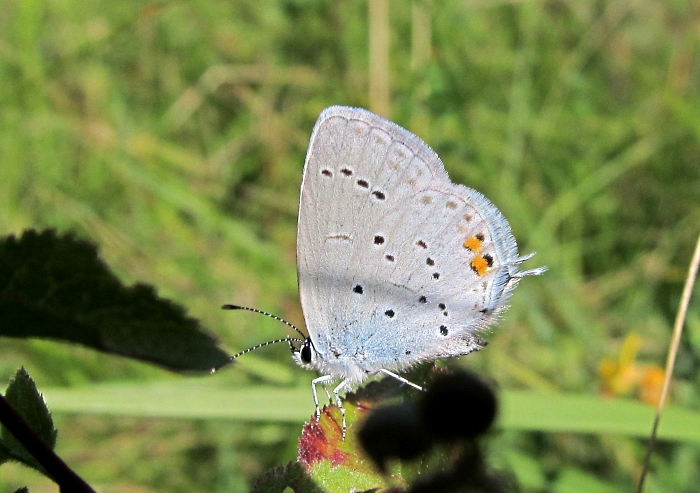 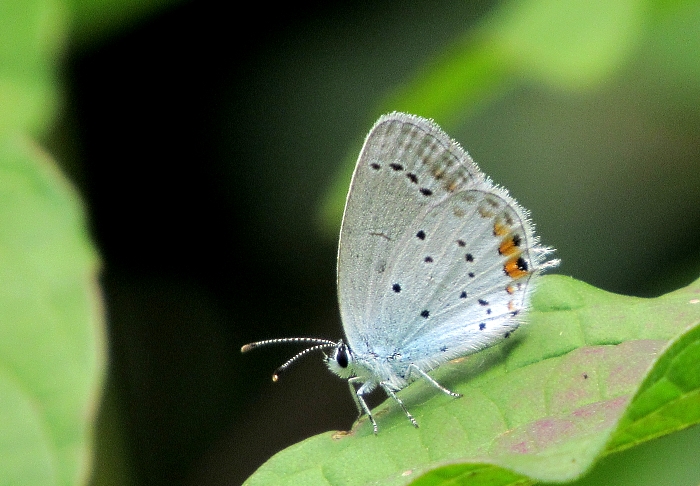 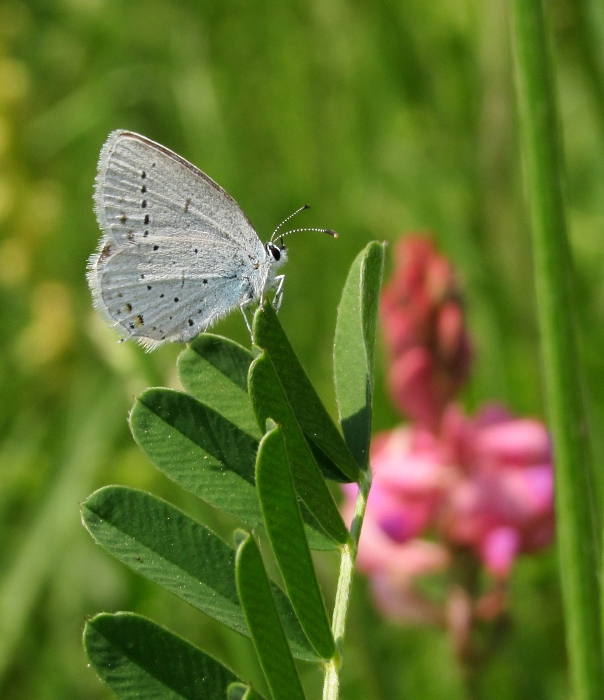 Female, Switzerland, May 2018 - in the first brood there is often very little orange 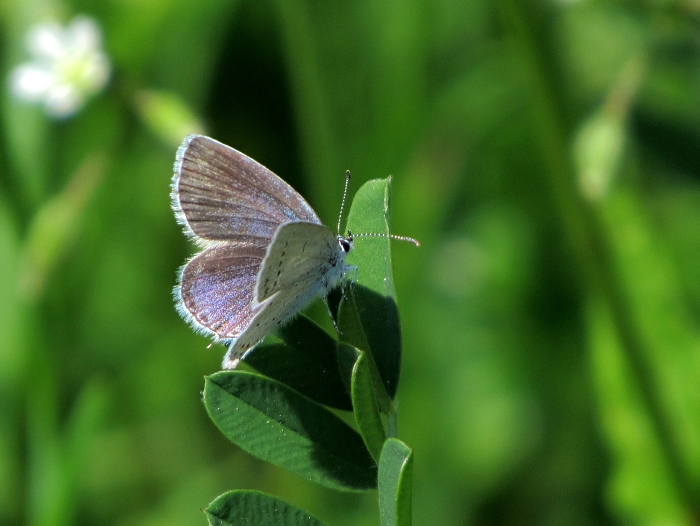 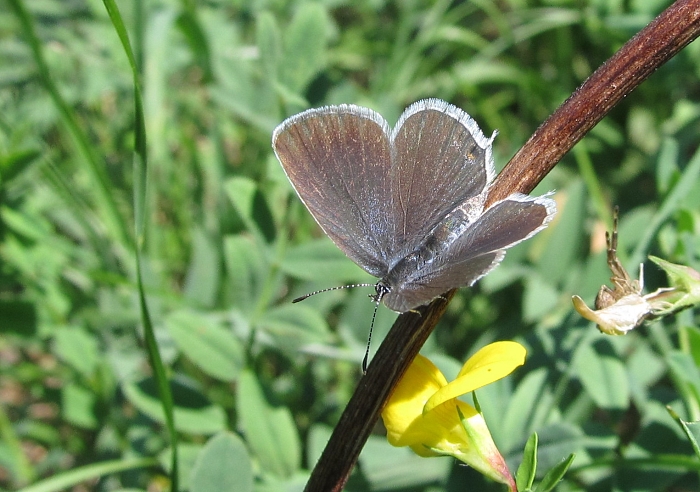 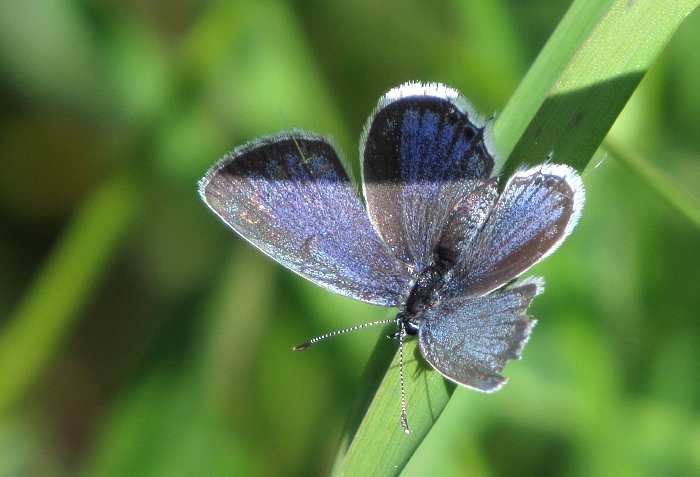 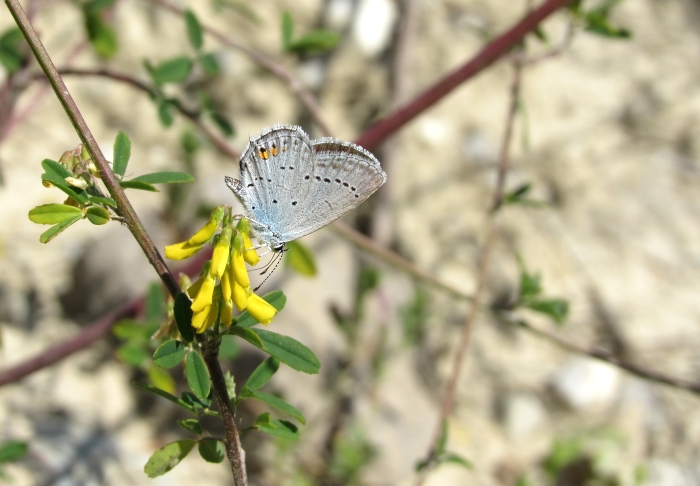 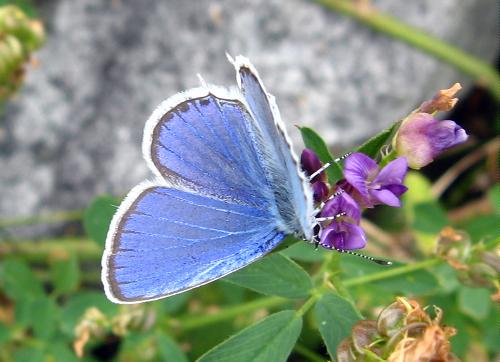 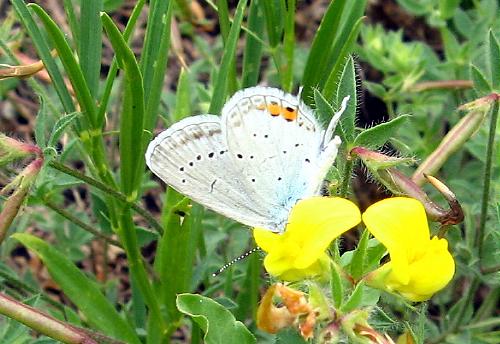 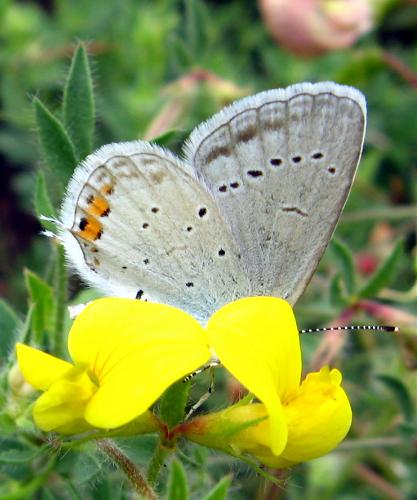 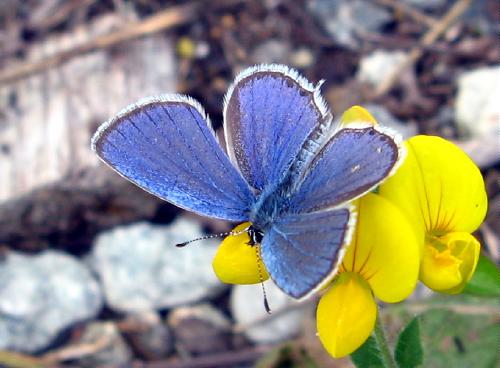 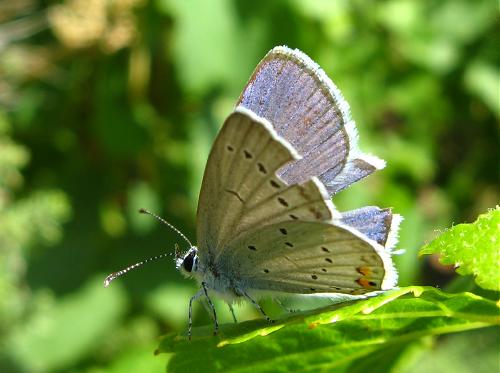 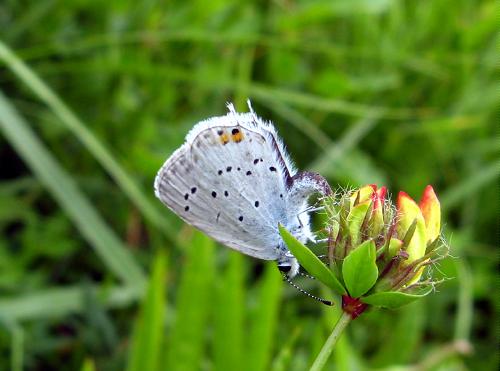 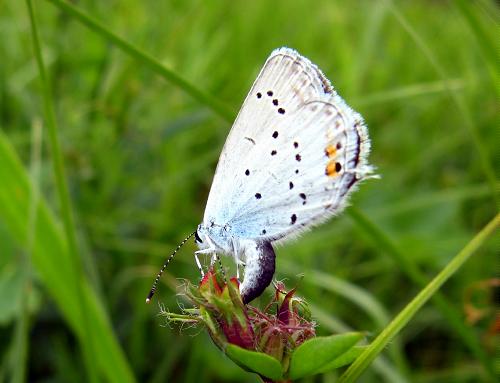 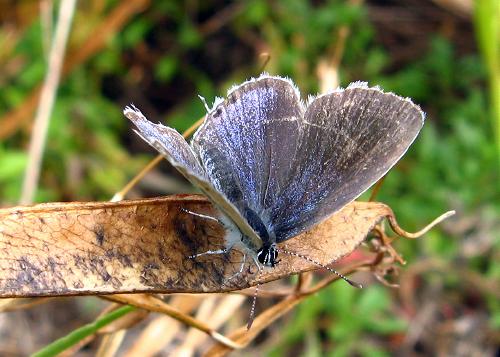 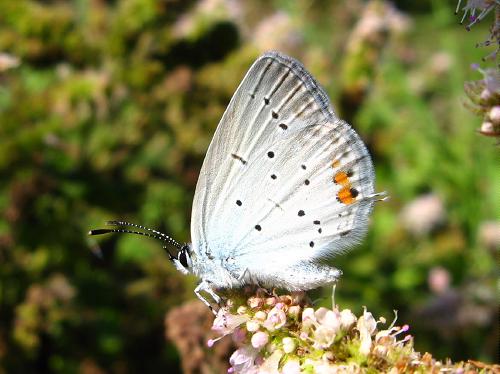 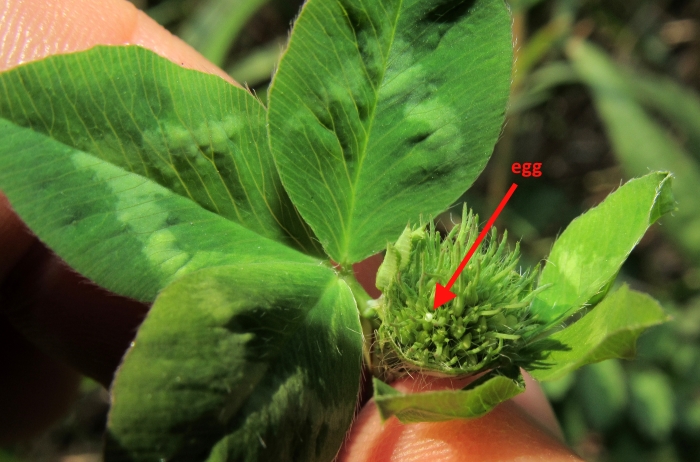 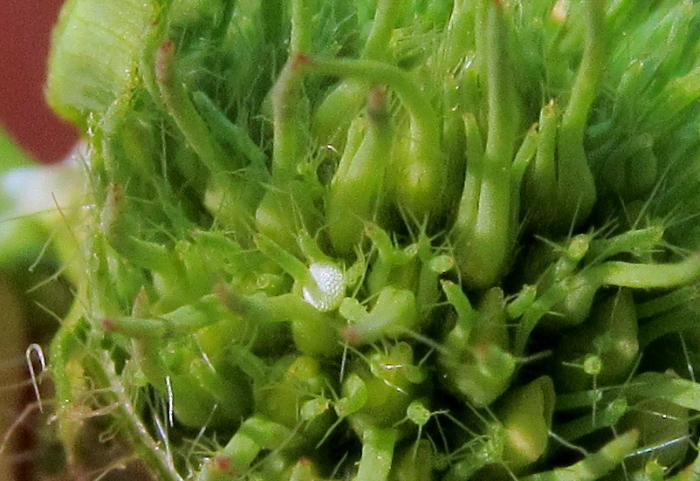 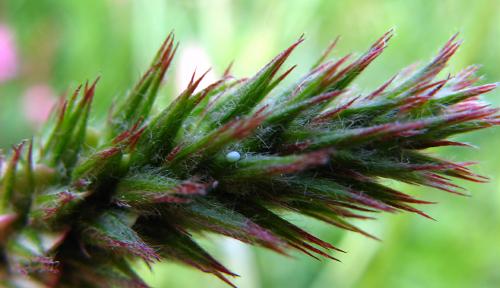 Egg laid on sainfoin, Switzerland, May 2010 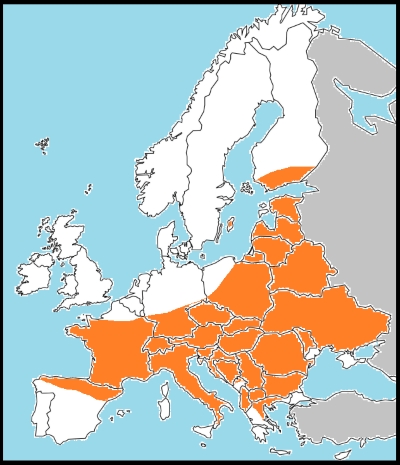 The short-tailed blue is widespread in Europe but within its overall range its actual distribution is rather patchy. In my local region of Switzerland it has become very much commoner in recent years. Before 2008 I had never seen one in the country. In the summer of that year I discovered several concentrations in places I had previously looked in vain for them, and continued to find individuals in the same places the following spring. Over the next few years they moved into grassland and woodland right near where I lived and where I would certainly have seen them if they had been there before. For the last few years I have seen them regularly all over my local region. Anecdotally, I have heard similar stories of expansion elsewhere.

Short-tailed blues use a variety of food plants from the pea family. I have seen spring brood females lay on sainfoin and summer brood females at the same site lay on birds-foot trefoil. In my local Swiss meadow clovers are used. The first brood flies in April and May, producing a summer generation in late July or August, which may be seen on the wing into September. They overwinter as caterpillars.