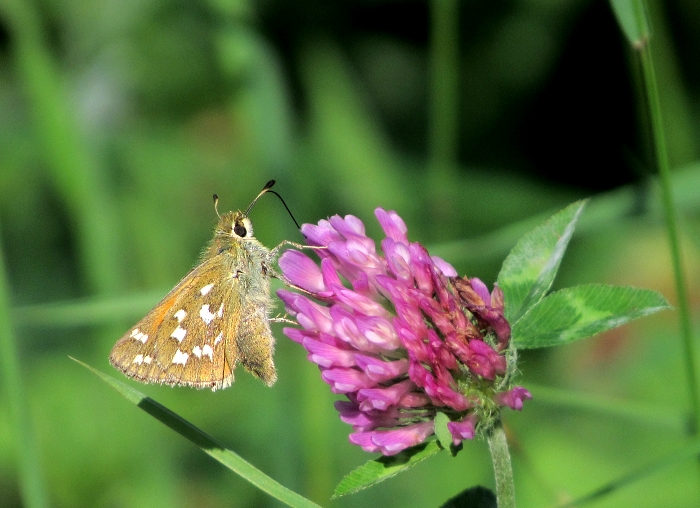 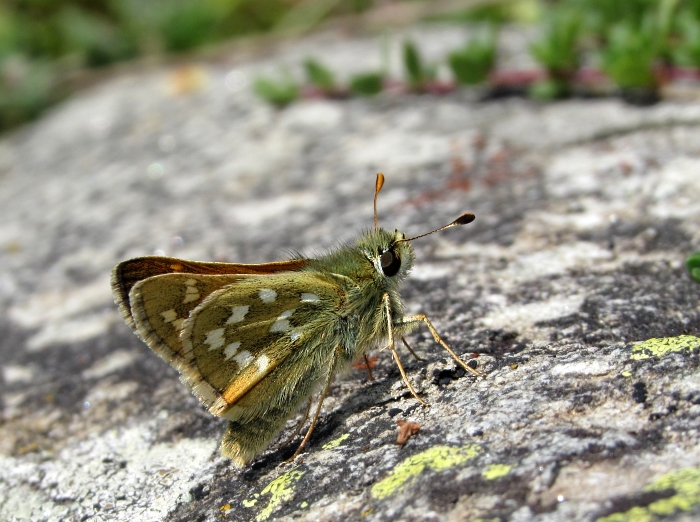 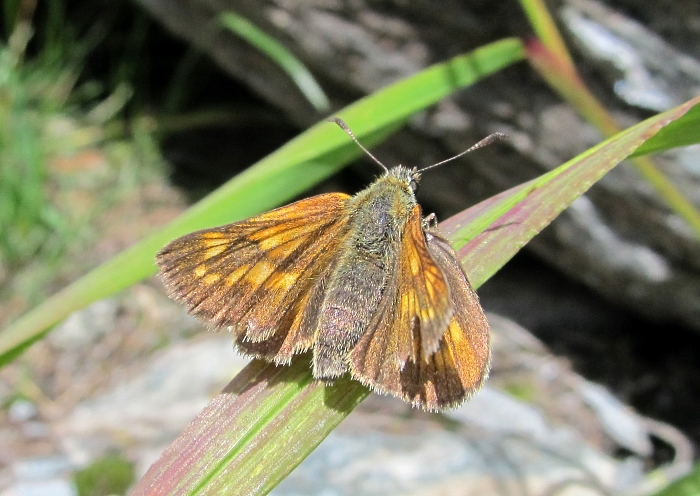 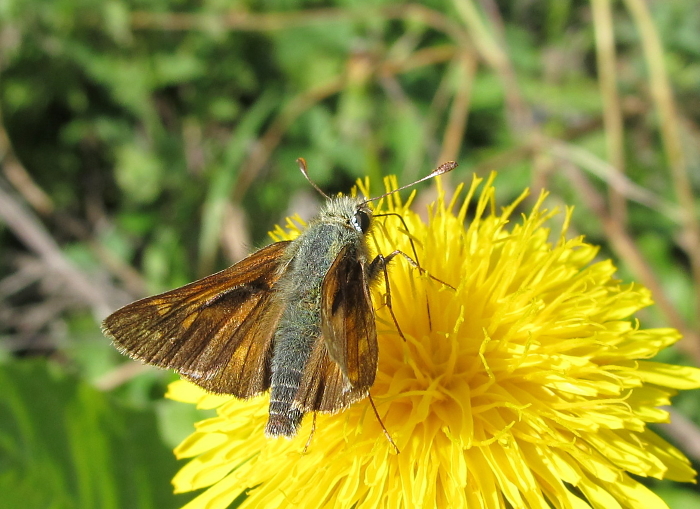 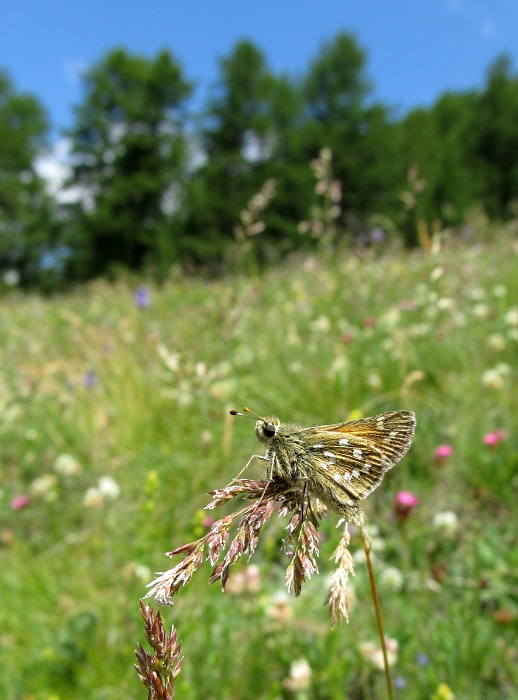 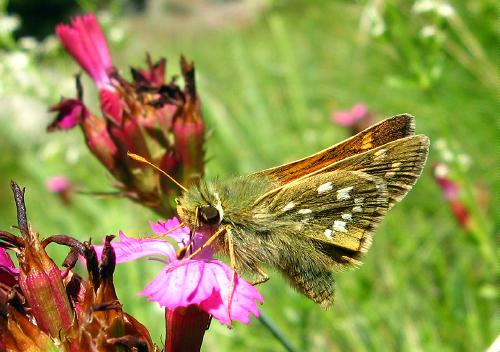 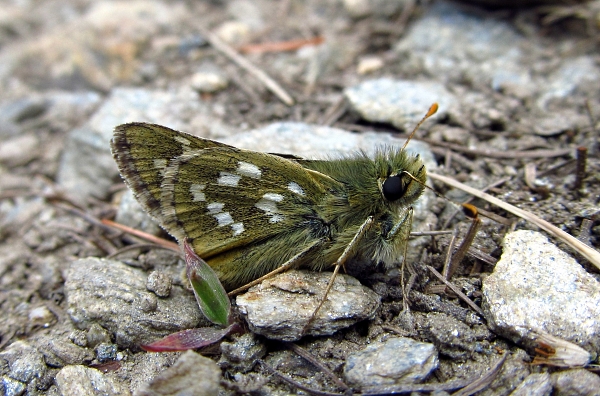 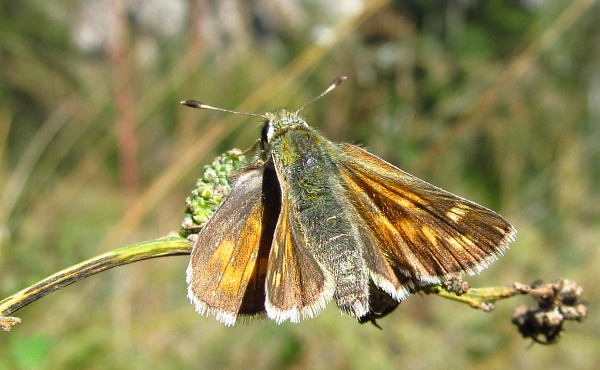 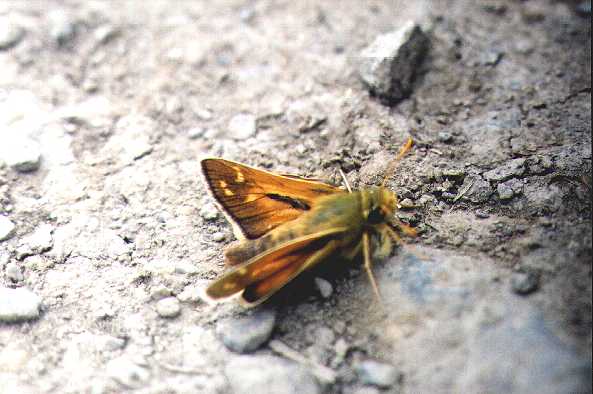 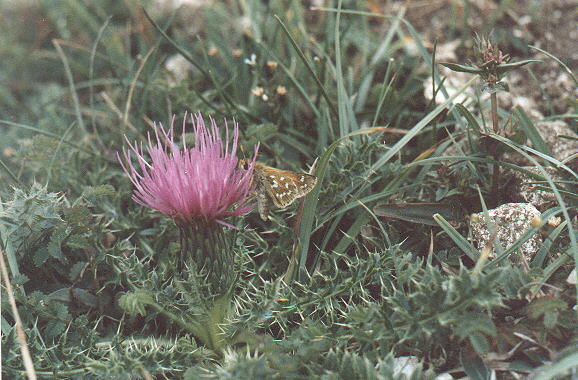 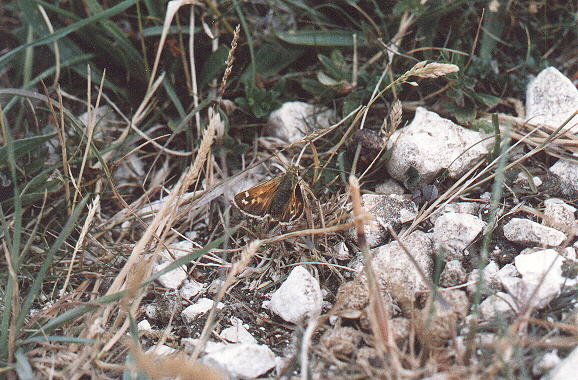 These last two pictures from England, way back in July 1988 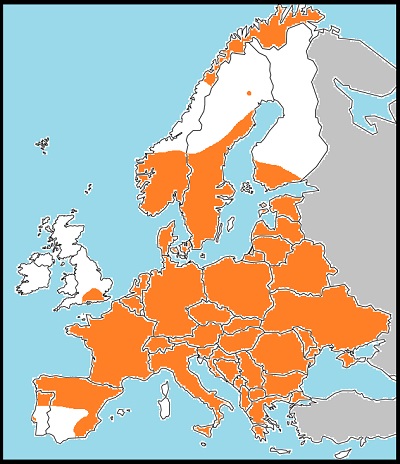 The silver-spotted skipper is widespread and common throughout Europe, though rather local in England, where it flies only on closely grazed chalk downland in the south. It is a heat-loving species, appearing later in the year than other skippers and usually found close to the ground, basking on rocks or warm earth or nectaring at flowers.

The general pattern of the wings is similar to that of large skipper, but where that species has dull yellow spots beneath, the silver-spotted skipper, as its name suggests, has conspicuous silver-white spots, set in a dark green ground. Apart from exceptionally worn individuals, a good underside view makes identification easy. The male silver-spotted skipper, like the male large skipper, has a large, bold sex brand on the upperside of the forewing. The female has a dark area in the same place but it is less well defined and has no relief. The upperside is generally more contrasting than that of large skipper but is similar in pattern.

The main foodplant is sheep's fescue, though others are recorded, and in captivity larvae will accept various vetches as well as grasses. The species may hibernate as an egg or caterpillar - more normally as an egg in most of Europe and as a larva in the south. Adults fly in a single brood from July to October, emerging as early as June in the south.