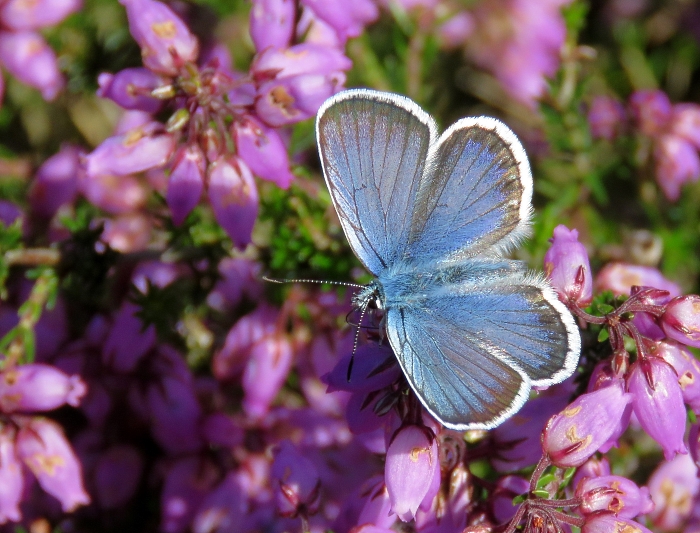 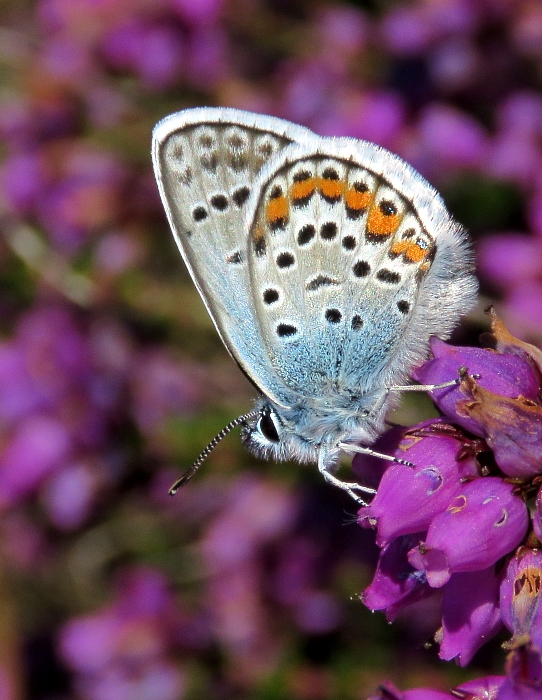 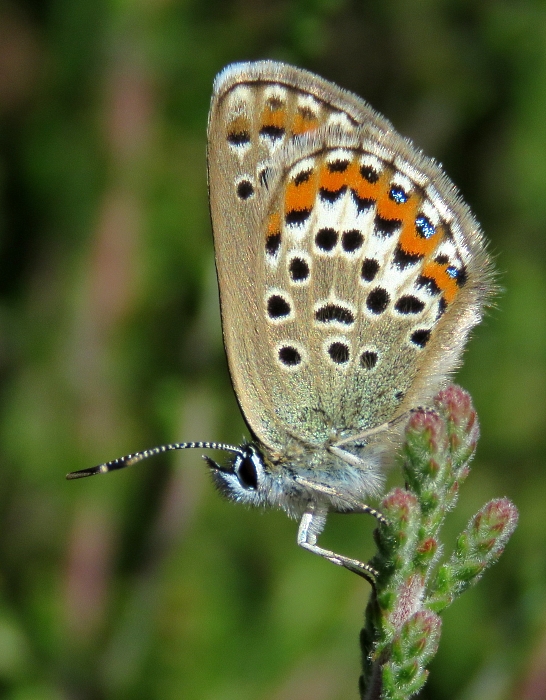 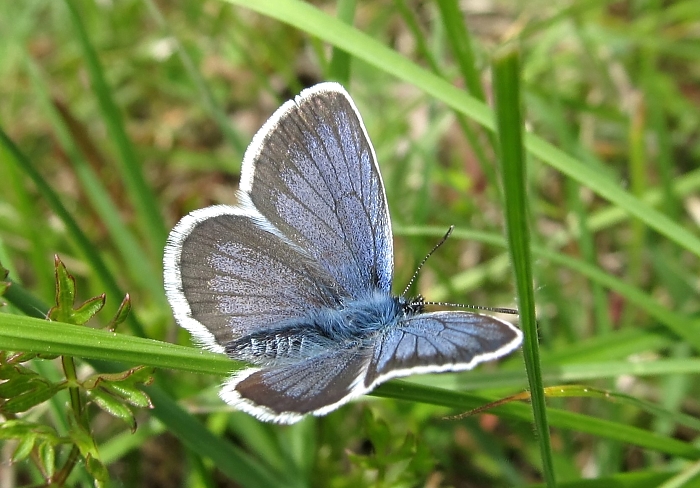 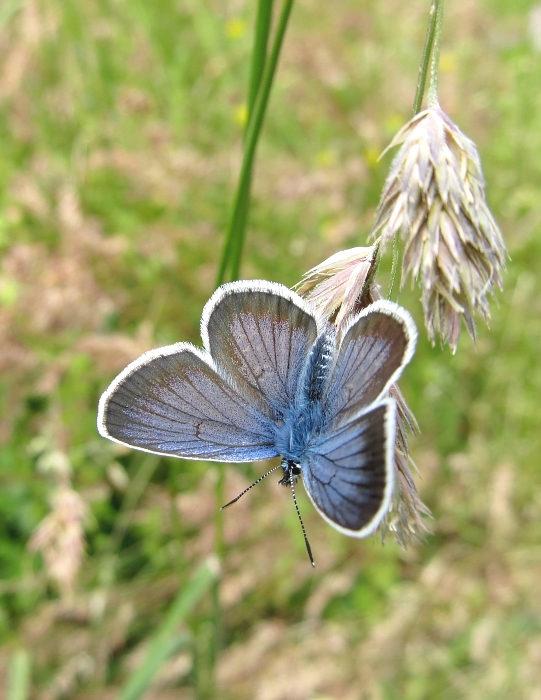 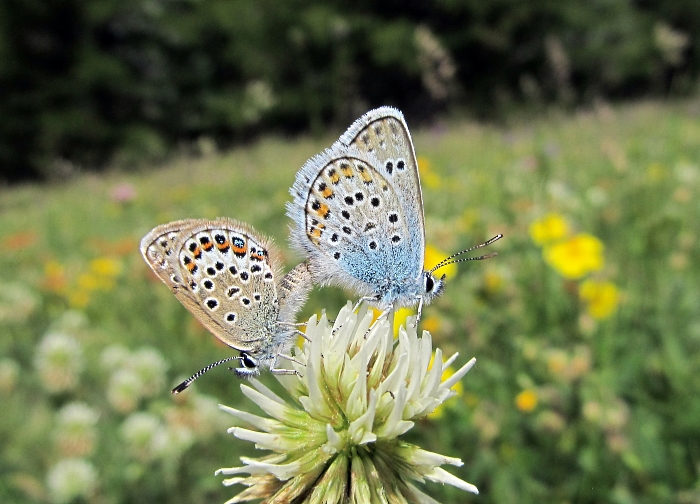 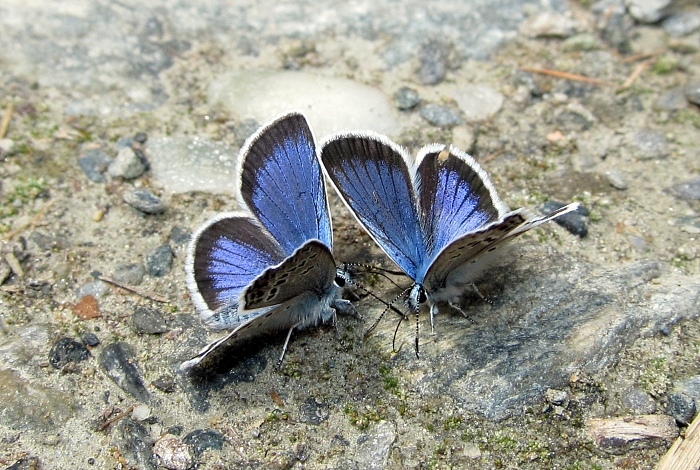 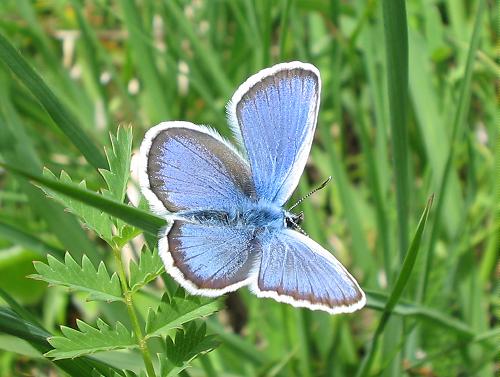 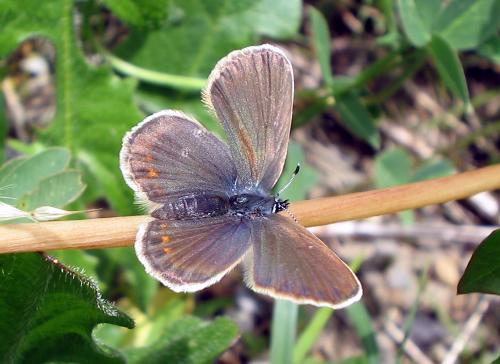 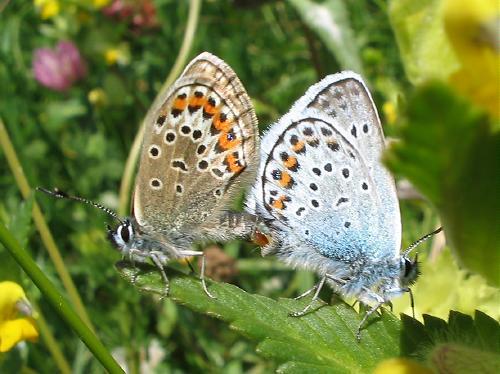 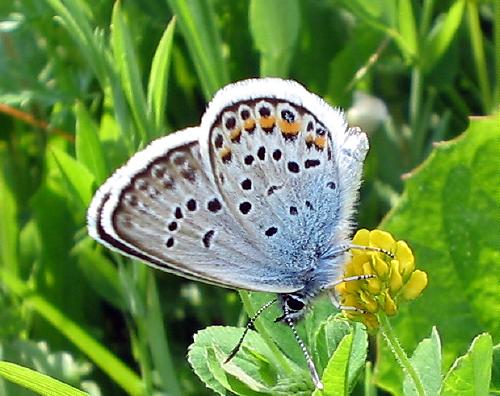 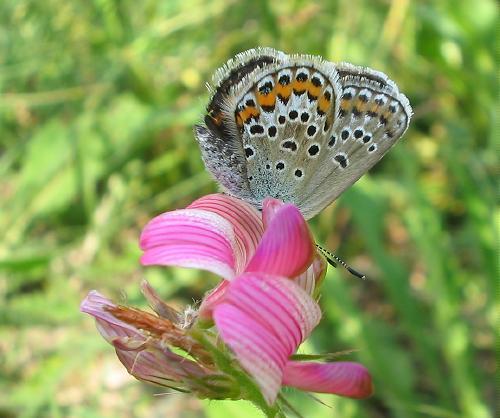 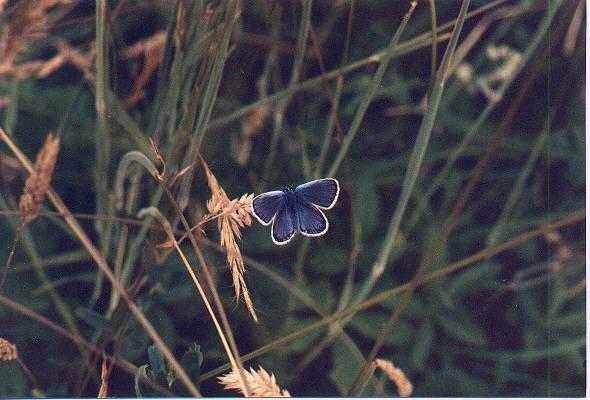 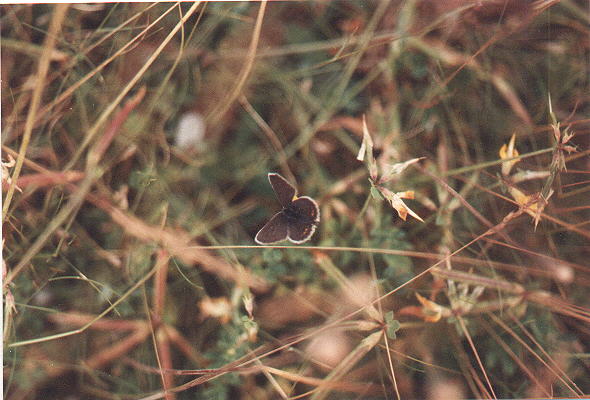 The silver-studded blue is widespread in Europe and often common, though local. In the UK it is principally a butterfly of heathland and its distribution there is in consequence very fragmented. Elsewhere in Europe it is found in flowery grassland.

Like other Plebejus species it shows considerable regional variation and many forms and subspecies have been described. Typical males have rather broad dark borders and clear white fringes. In parts of Switzerland, where I have spent most of my time with the butterfly, the borders are very broad while in others they are almost linear, like those of idas blues. In all cases, however, the leading edge of the hindwing is heavily suffused with dark, extending into s.6, unlike that of idas, which is generally clear in this space. The female is largely brown above with very limited blue at the base. This is in contrast to the females of idas and Reverdin's blues, which usually have much blue, as well as brighter, more complete orange arches on the hindwing. Like idas and Reverdin's blues, both sexes usually have green/blue scales in some of the submarginal black spots on the underside hindwing but these may be absent.

The caterpillars eat a variety of plants in the pea family, as well as heathers. There are two generations, in May/June and July/August in the south of Europe but just one in the north and at altitude, flying from the end of June until August. It hibernates as a caterpillar in the south but as an egg, with the fully formed caterpillar inside, in the north.