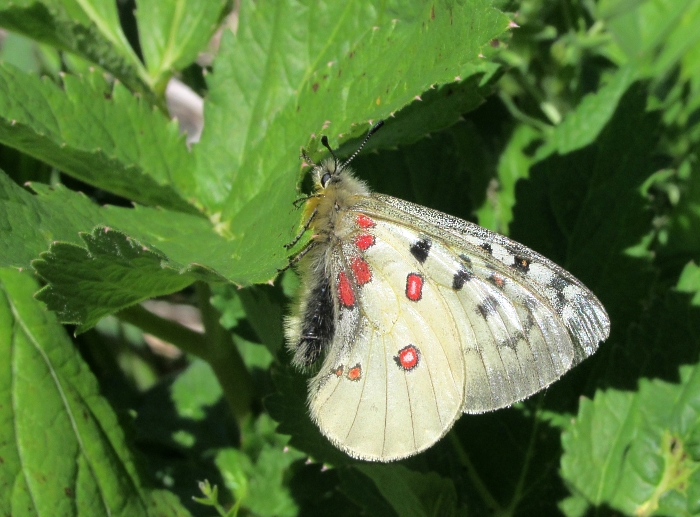 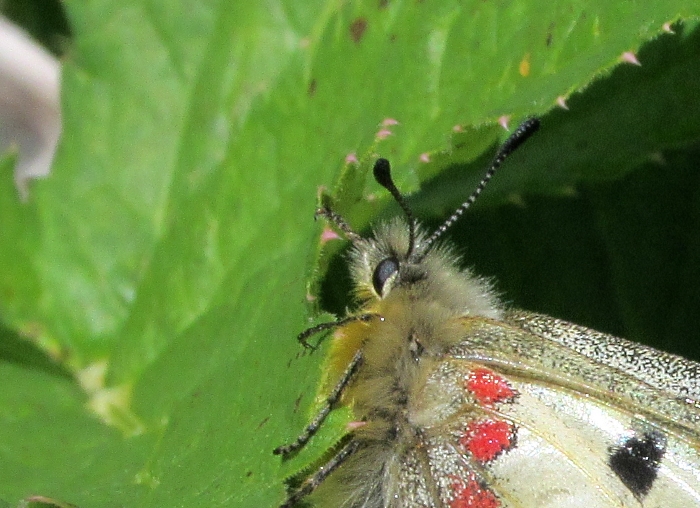 The same individual, showing the striped antennae (c.f. the Apollo) 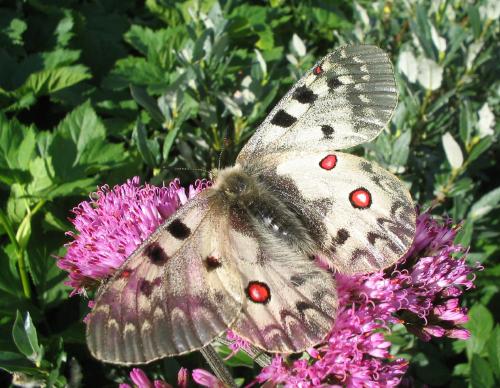 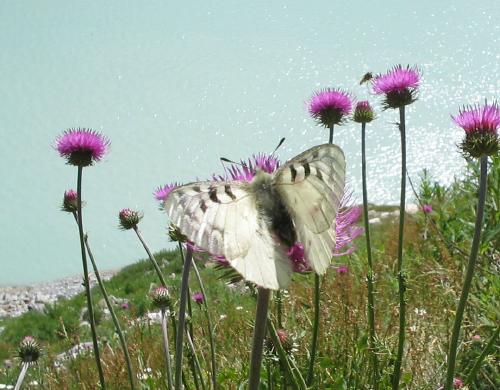 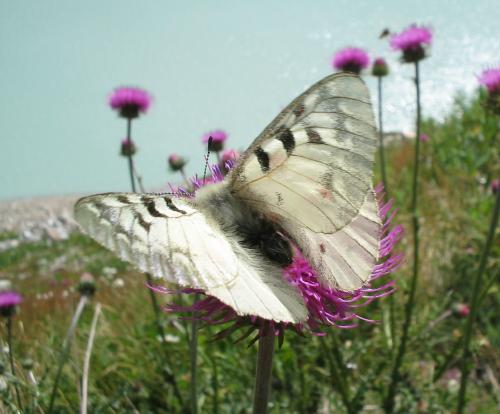 The same male, just barely showing the red in the costal marks of the forewing 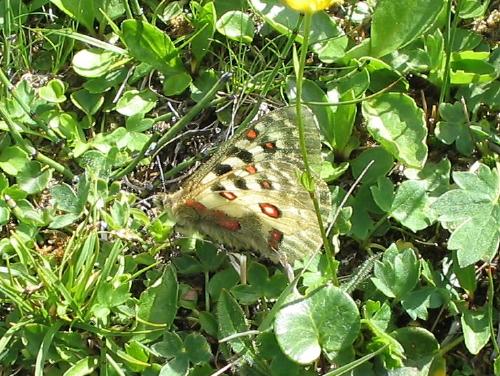 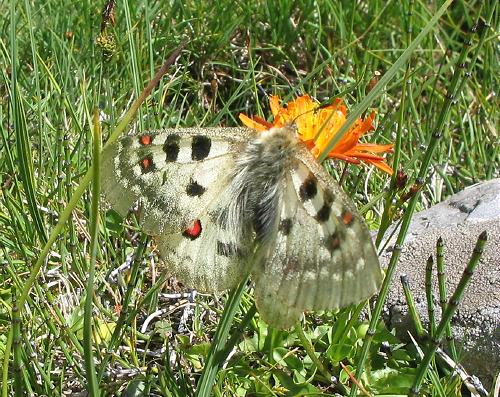 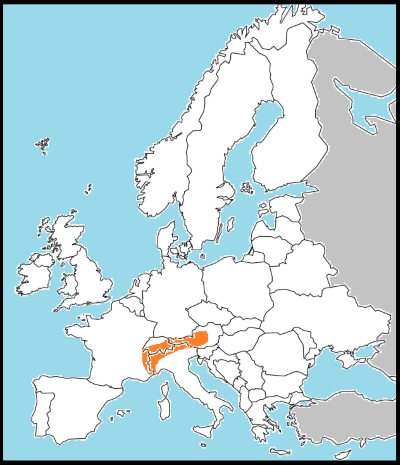 This butterfly has long been known as Parnassius phoebus but it has recently been established (beyond reasonable doubt - this is not controversial) that this name was based entirely upon a misidentification of an already named butterfly, Parnassius ariadne. What remains controversial is the correct name to be used for our alpine populations. Some (Leraut, 2016, for example) say these are Parnassius corybas sacerdos, and that is the convention I follow here. Others (Hanus & Theye, 2010) suggest corybas be applied only to the Asian populations, the alpine ones being Parnassius sacerdos.

Whatever its name, the butterfly itself is a well defined taxon and relatively easy to identify. The male is strikingly white compared to a male Apollo (the black spot near the trailing edge of the forewing being absent or greatly reduced) and has a small amount of red in the postdiscal costal markings. The female has a substantial amount of red there. Another useful feature is the antennae, which are striped black and white/grey in this species but much more uniformly grey in the Apollo.

The small Apollo is more local than the Apollo but widely distributed in the Alps. I come across it less often and have yet to get a really good series of photos.