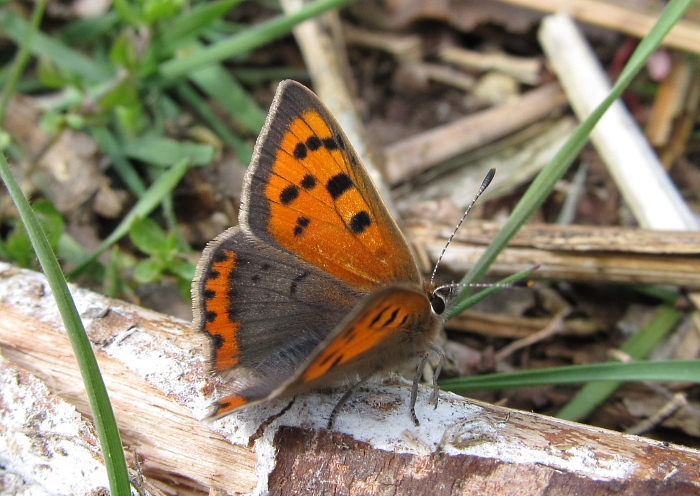 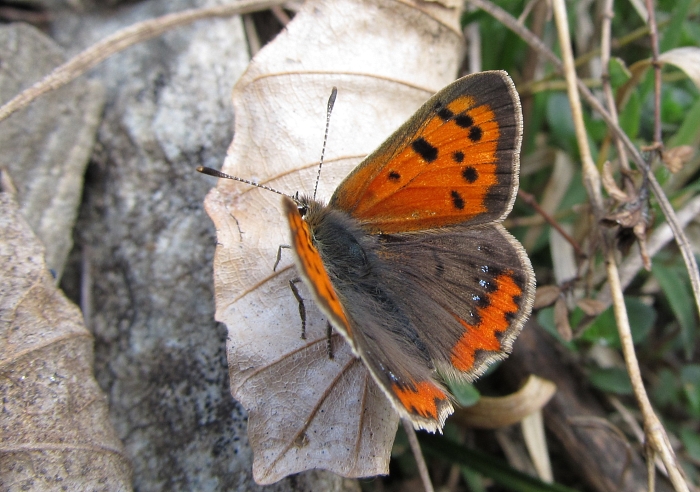 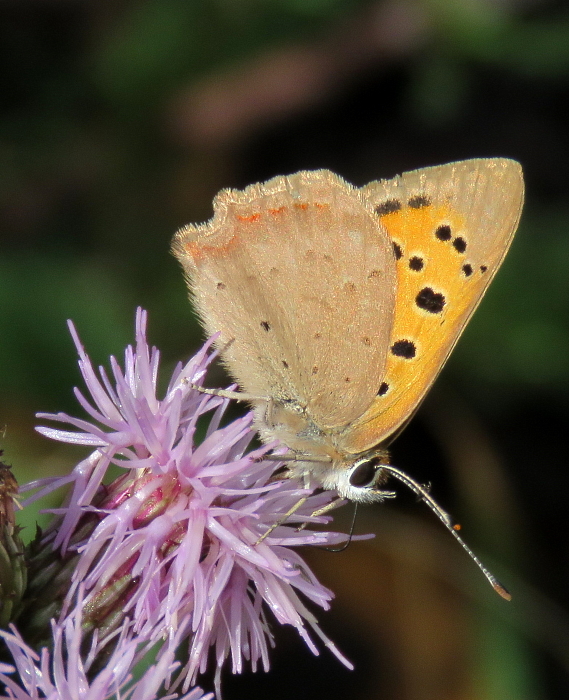 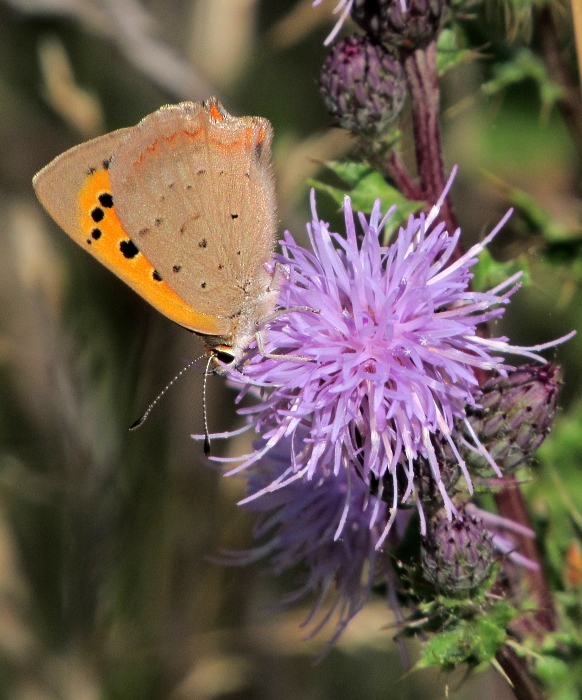 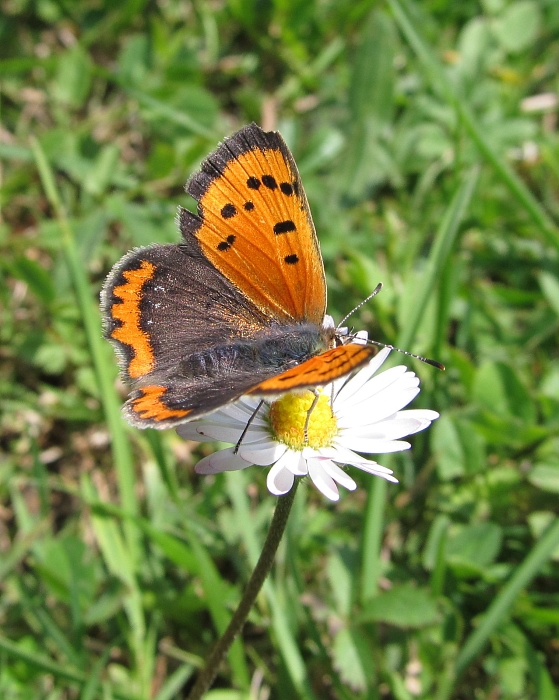 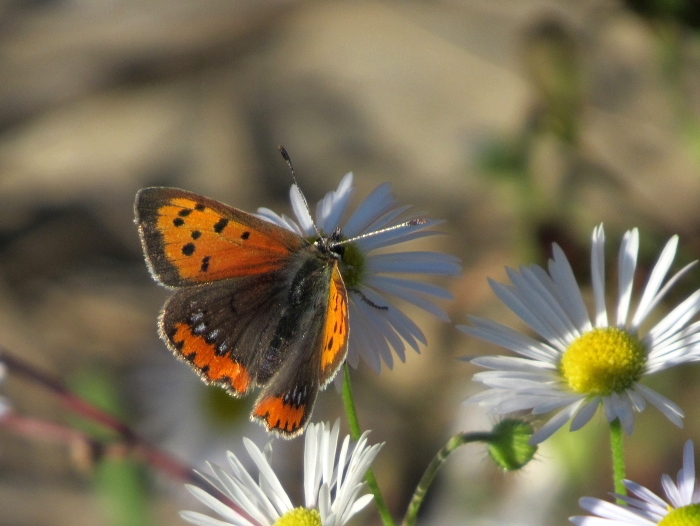 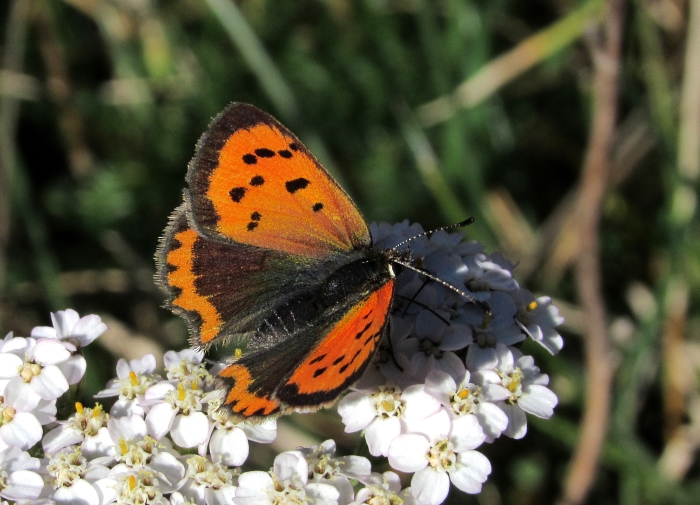 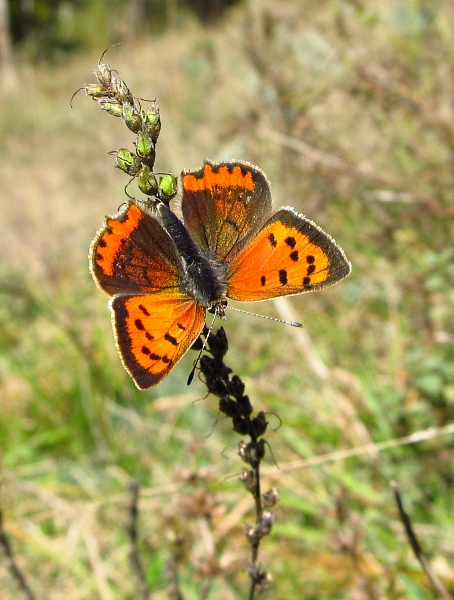 Male, Switzerland, September 2012 - form with golden scaling all over hindwing 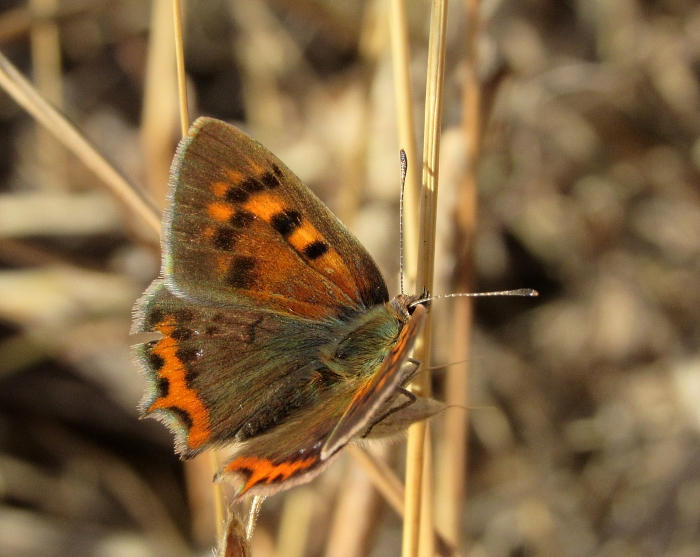 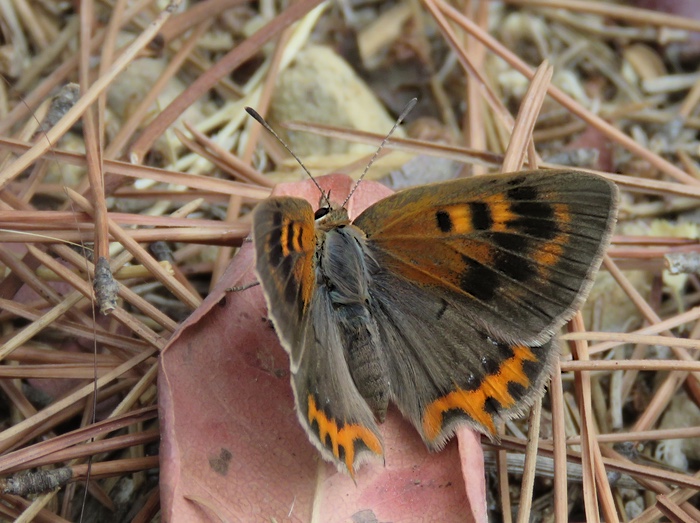 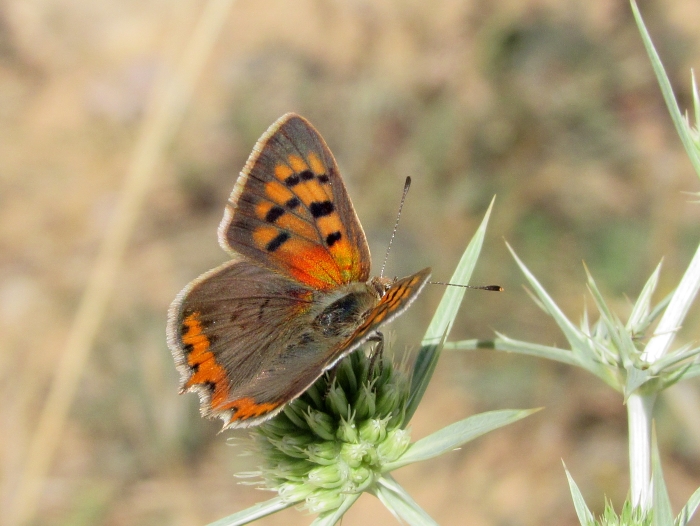 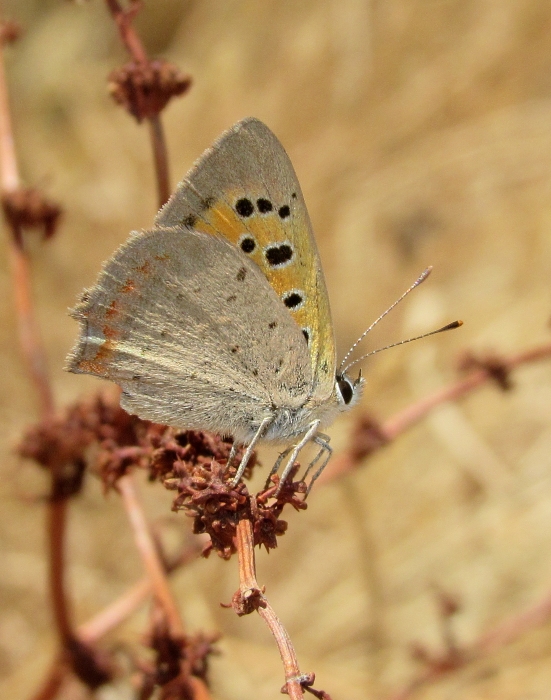 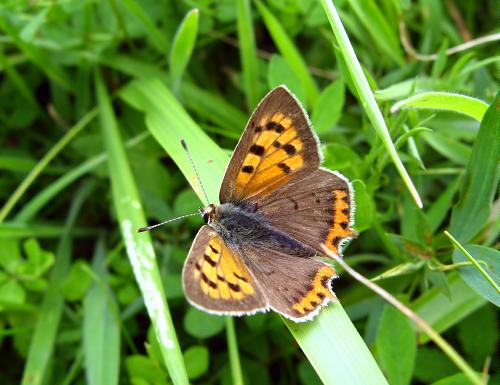 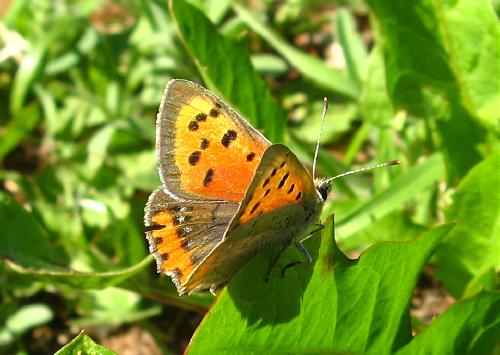 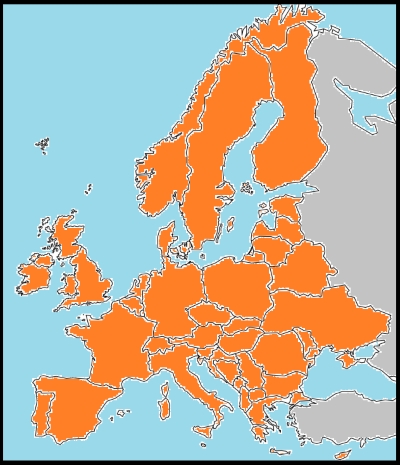 This is by far the most widespread of the coppers and generally the most common, being found on rough ground everywhere docks grow. It is one of the earliest non-hibernators to appear in spring - from February in the south of Europe - and one of the last to disappear as autumn turns to winter. It flies in the hottest climes and also - as ssp. polaris - right up in Norwegian Lapland. That said, it is not particularly common in the mountains, being replaced in alpine meadows by the sooty coppers and in upland wetlands by purple-edged and violet coppers.

In both sexes, the upperside forewing is burnished copper with dark spots, edged with a broad, dark, submarginal band, while the upperside hindwing is dark, edged with a broad, copper band. In summer broods in hot parts of Europe the forewing may be more or less completely suffused with dark brown. The underside hindwing is grey-brown with an orange submarginal line. It is a whiter, chalkier grey in the northern subspecies, polaris. Both sexes commonly show blue spots inside the marginal orange on the hindwing. This is known as form caerulopunctata.

Despite being so common, this little butterfly is always a welcome sight. Males perch prominently on trackside vegetation, darting out to challenge passers-by and chasing them sometimes great distances before returning to their spot. Sometimes they retire to the trees a while, but usually come down lower during their main phases of activity. There are typically three generations a year, the last flying into November even as far north as the UK. Small caterpillars from the last generation go into hibernation, waking up to feed as soon as the ground warms up in the spring and the dock leaves are pushing through.