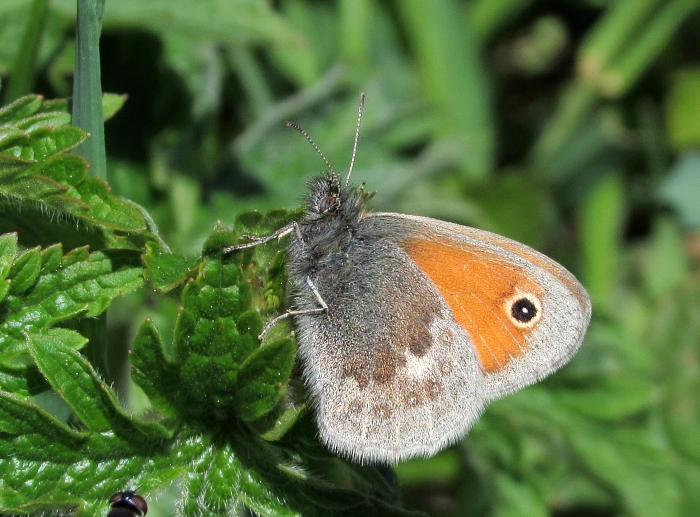 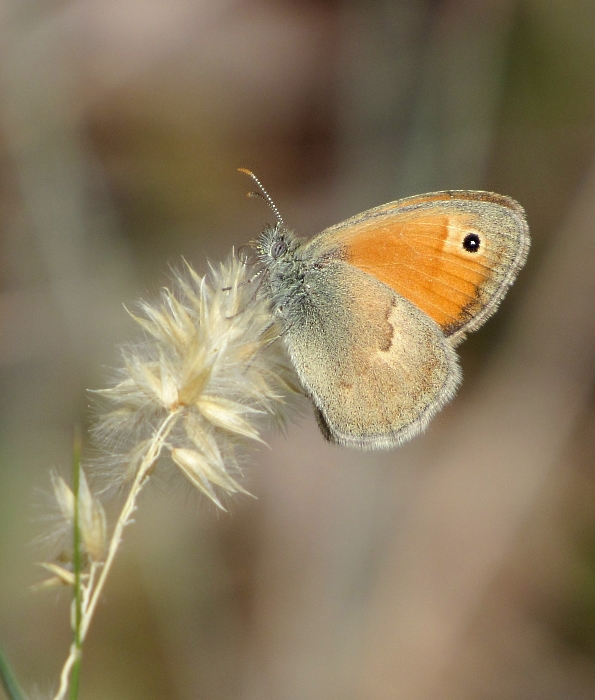 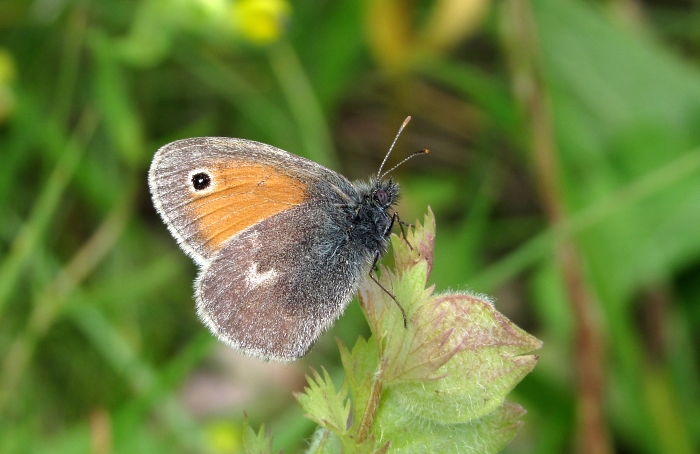 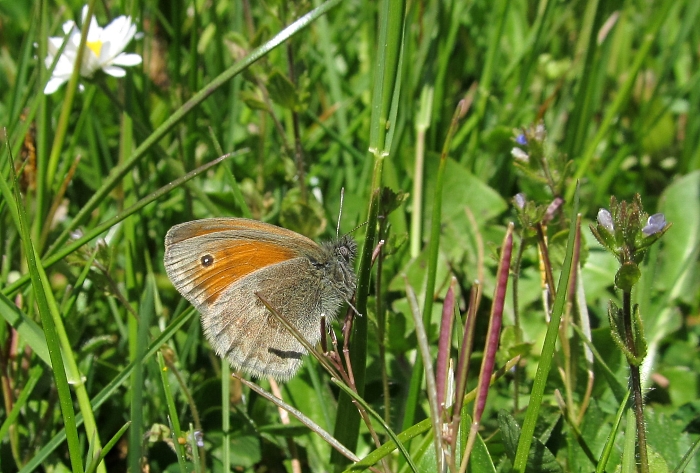 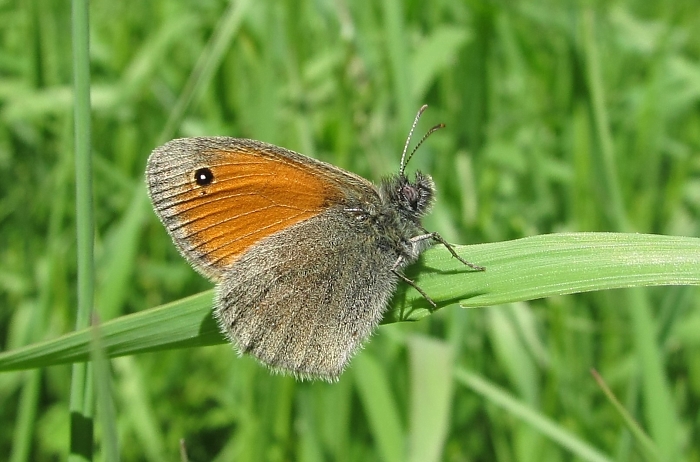 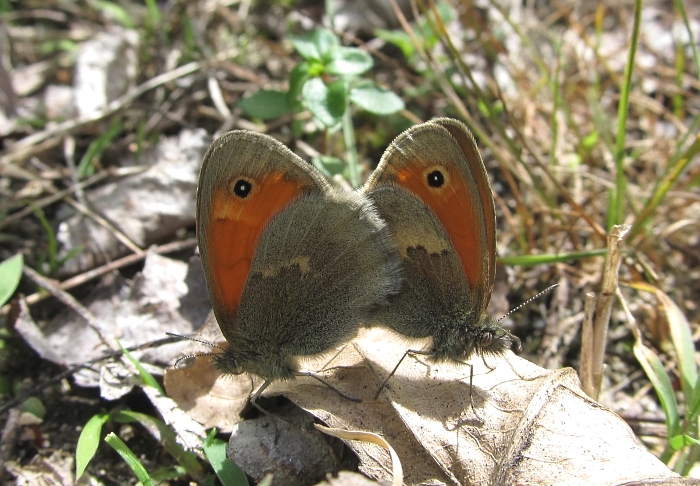 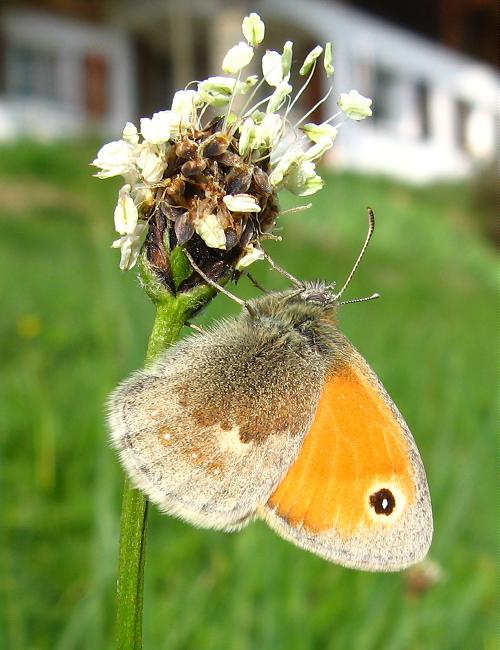 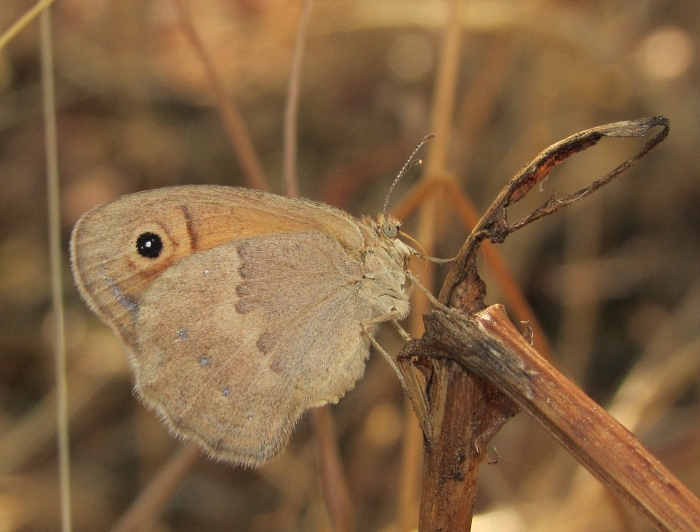 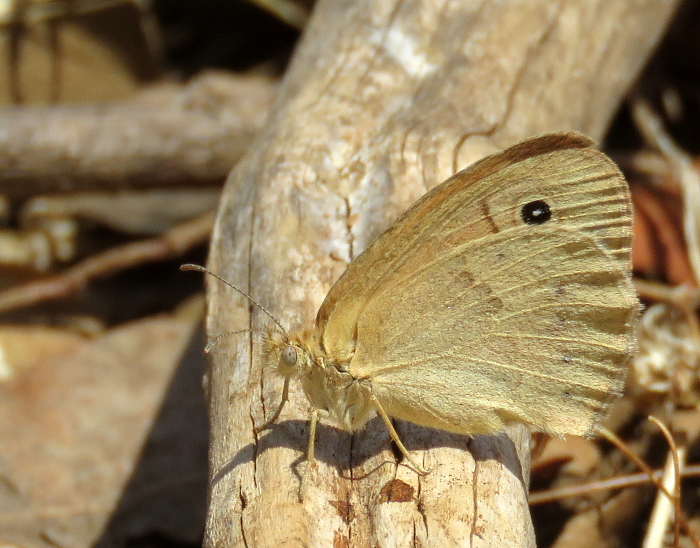 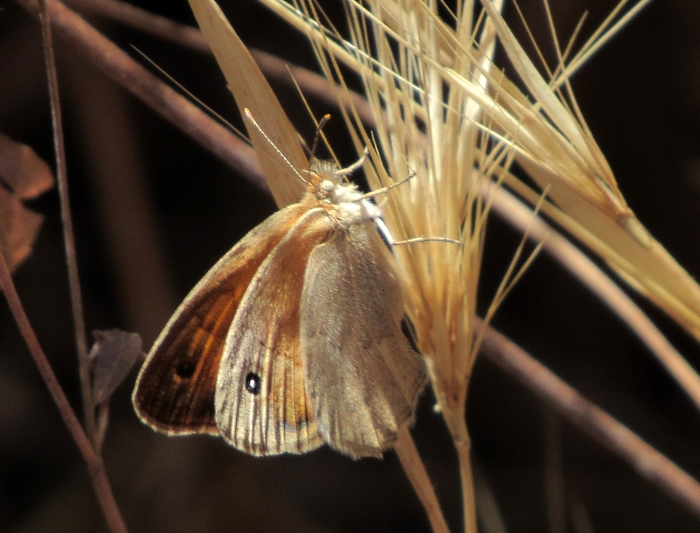 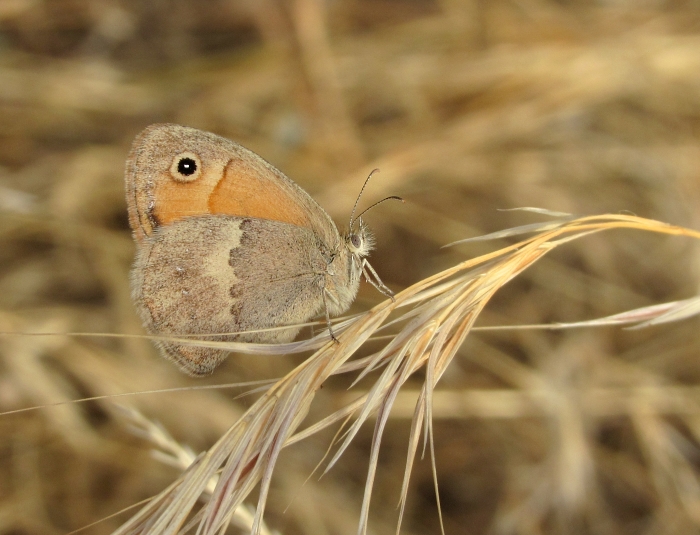 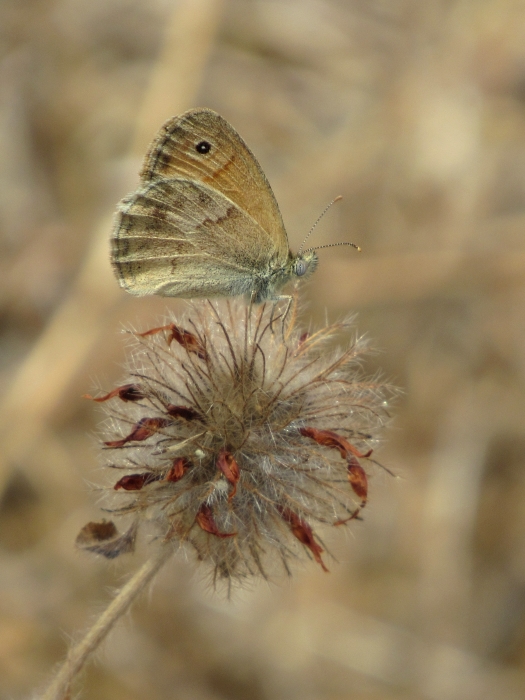 There is ongoing debate about the status of these two taxa. Some authors regard them as forms, some as distinct subspecies of C. pamphilus, and still others (for example, Leraut) as good species, C. pamphilus and C. lyllus. The paper cited in defence of the last view is Boillat 2002, Alexenor 22, but I have been unable to get hold of a copy of this. The distribution above is taken from Leraut.

The small heath - together with its possible sister species, Esper's heath - is a very common, pan-European butterfly, found on rough land, in meadows and on hillsides throughout the continent. In central and northern Europe it is typically on the wing from April or May, while in the far south often much earlier, in February or March, and it flies through the summer in a succession of broods. The caterpillars feed on a variety of common grasses, including fescues and cocksfoot, and it is in this stage that the species passes the winter.

Small heaths only ever settle with the underside showing, the wings folded up above the back. The pattern on the underside is extremely variable, not only between but within geographical regions. The hindwing may be unicolourous grey, with essentially no markings, or delicately marked in browns, greys and whites, with an obscure series of postdiscal spots - or anything in between. In subspecies/species lyllus, the ground colour is pale tan, with a subtle series of silvery blue spots. A useful point to note is that the white mark on the  hindwing (which is usually present) starts at the centre of the wing and joins the costa. The hindwing spots, if present, are weak, and in pamphilus (though not lyllus) there is usually no strong vertical line inside the eyespot of the forewing.  With experience, this becomes an easy butterfly to identify, if only through recognising it as not any of the other heaths!