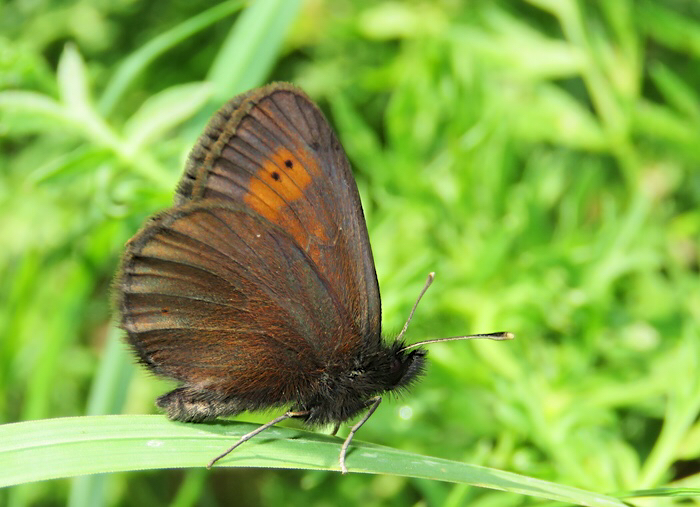 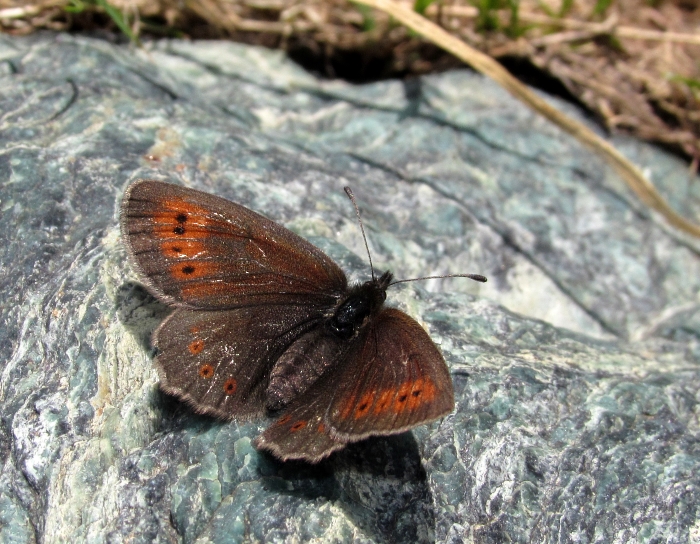 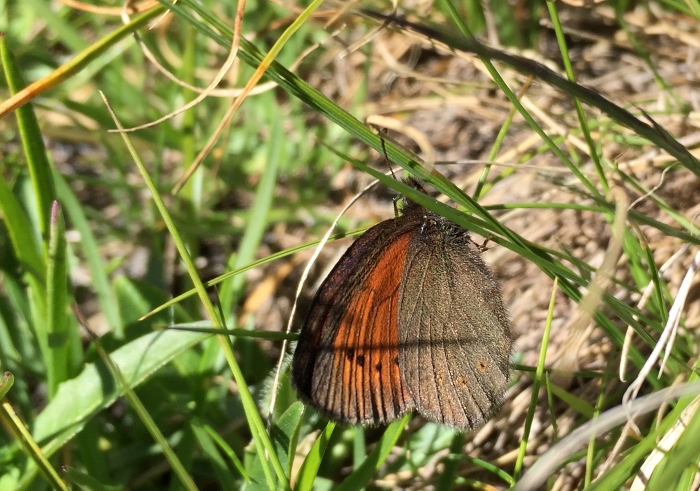 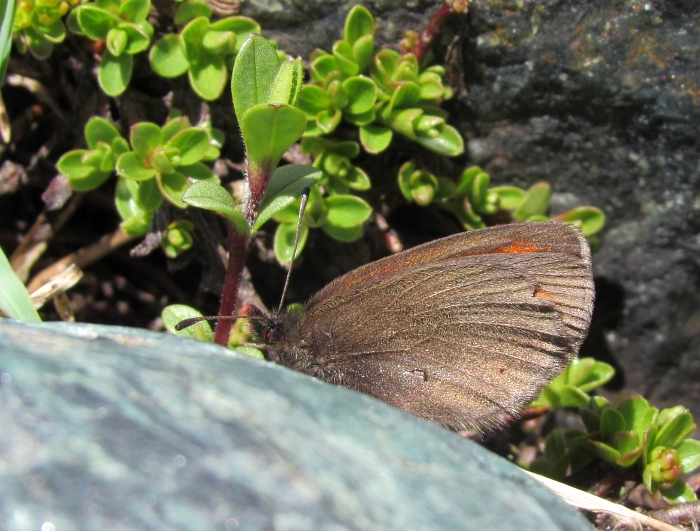 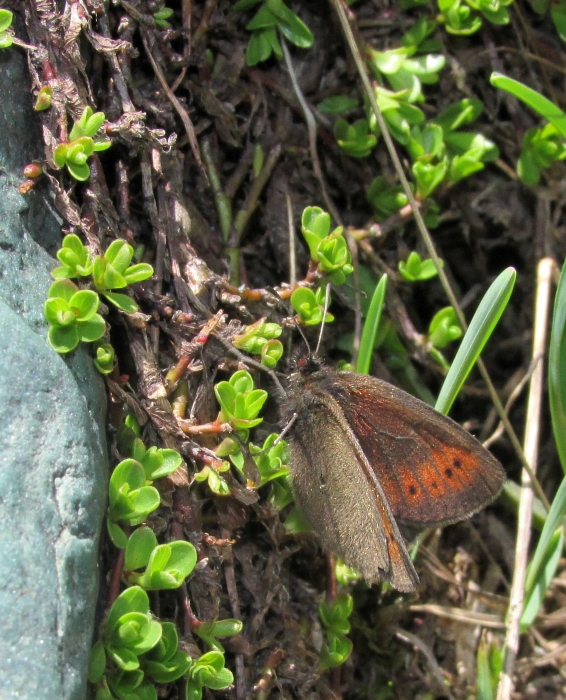 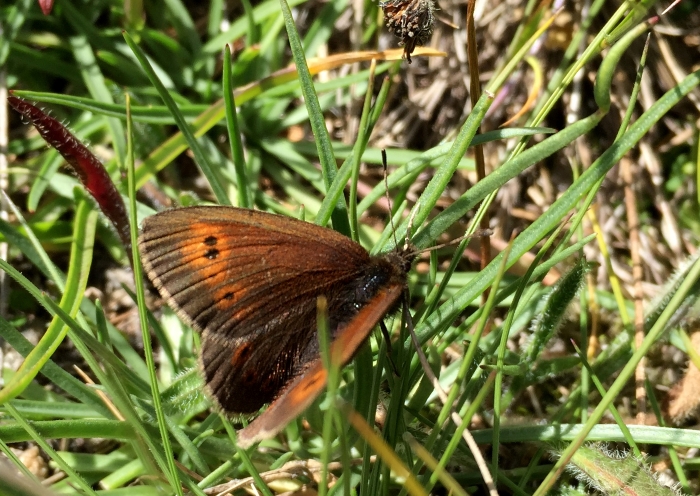 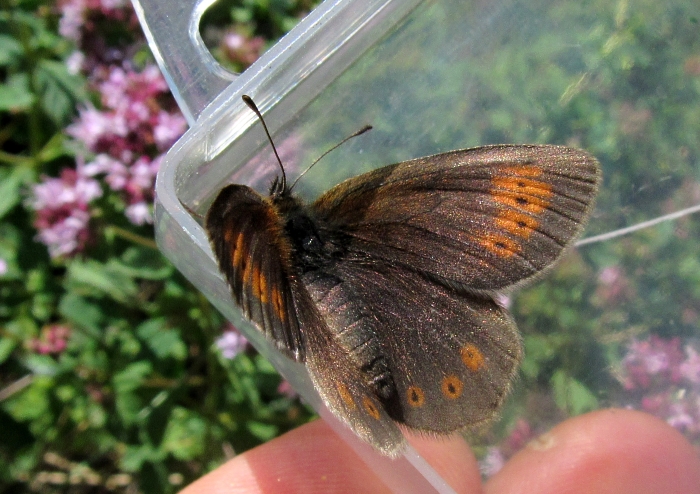 Male (I believe), Switzerland, July 2015 - I netted it because I had hoped it was Rätzer's ringlet, Erebia christi 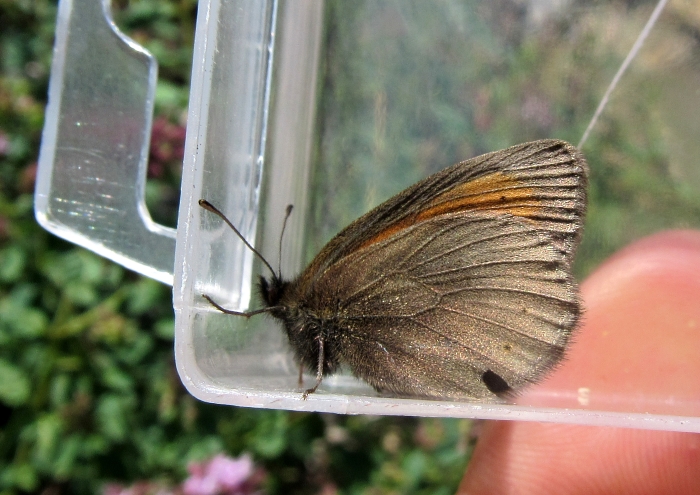 Underside of the same individual (I believe), Switzerland, July 2015 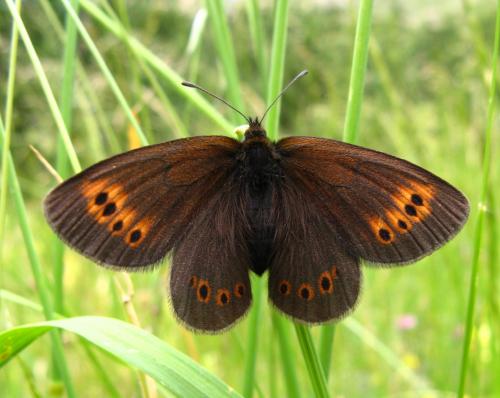 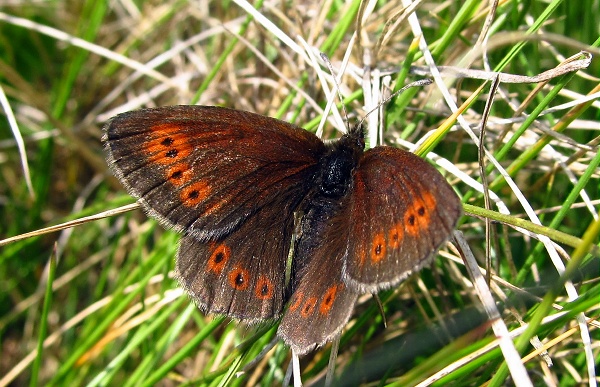 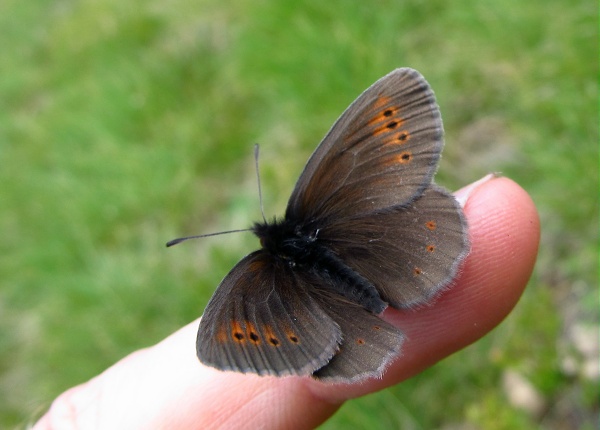 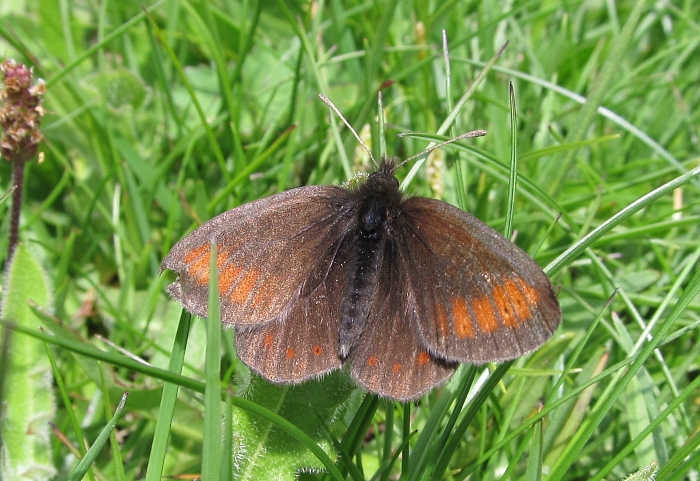 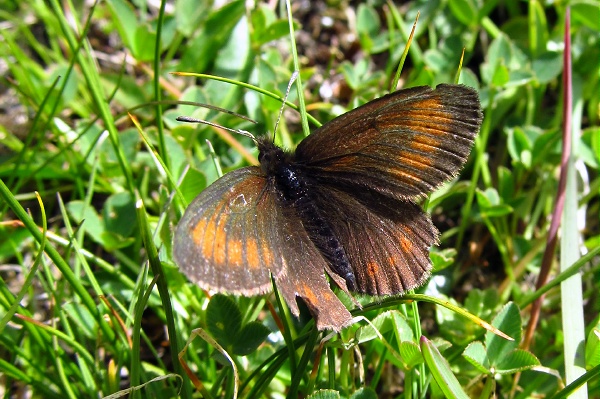 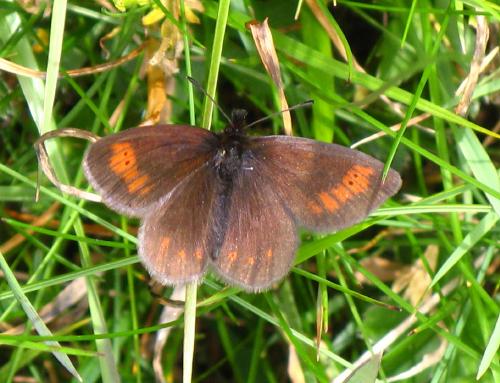 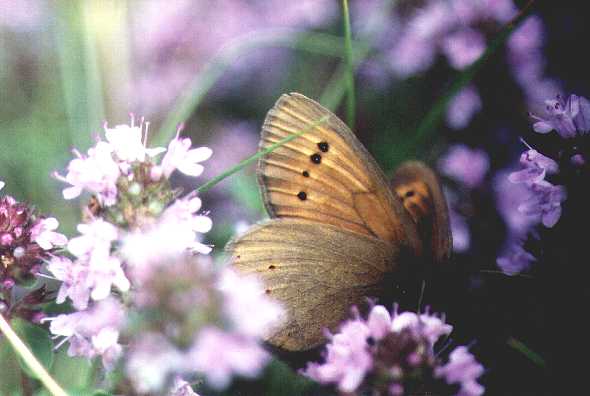 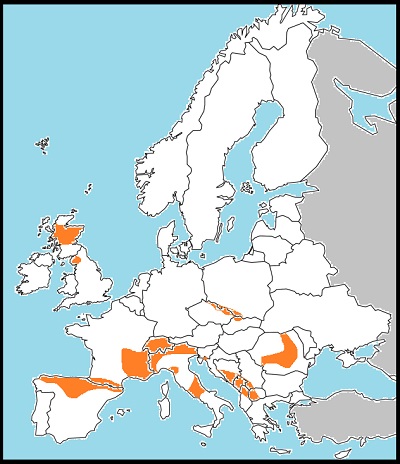 This is a common species of high mountains in Europe, where it flies over grassy flowery slopes, typically above 2000m but much lower in places - in Scotland and northern England for example, where there aren't any mountains that high! Unlike many of its cogeners, it doesn't come readily to sweat and clothing, and I have never seen it at minerals with other Erebia species. Normally, I encounter it while looking for rarer things and I haven't given it the time it deserves, nor really have any decent pictures of it.

The small mountain ringlet (that is the traditional English name, though modern books tend to call it the mountain ringlet) is a very variable butterfly, with a great number of named forms and subspecies. Somehow, however, it is always recognisable. Points to note are the rather irregular red bands (occasionally broken into spots) the usually blind ocelli (sometimes with tiny, white pupils), the largely unmarked and often greyish underside hindwing, with obscure or absent post-discal spots, and the very slight protuberance of the hindwing at v.5. It is one of the smaller ringlets, comparable in size to the blind and lesser mountain ringlets.

The main foodplant is matgrass but it will take other grasses too. At higher altitudes the caterpillars hibernate twice, taking two seasonal cycles to reach adulthood, but at lower altitudes they accomplish this in a single year.