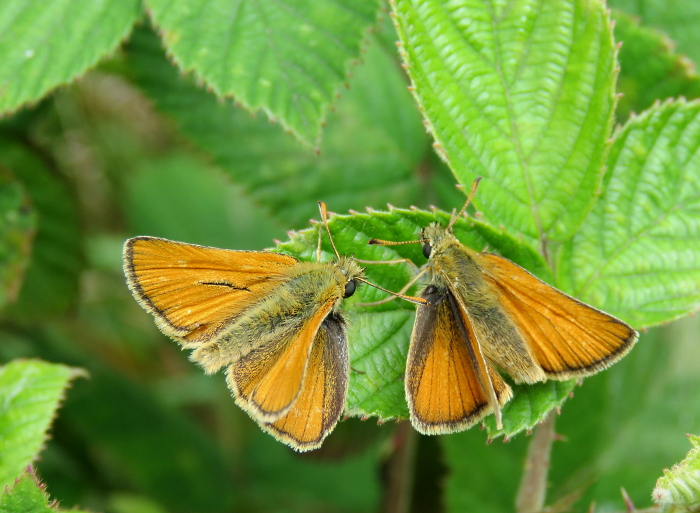 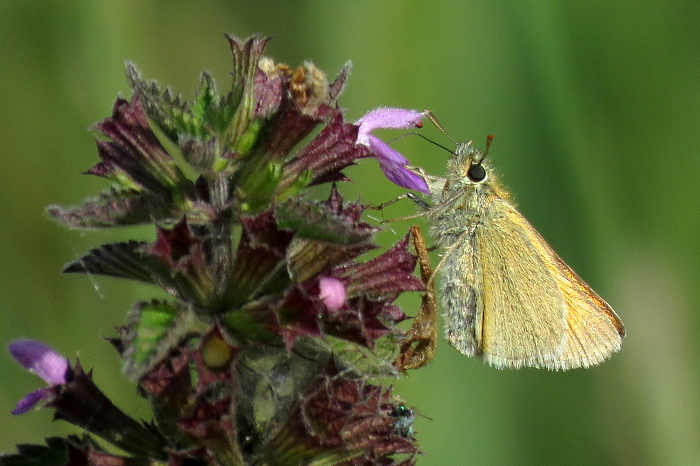 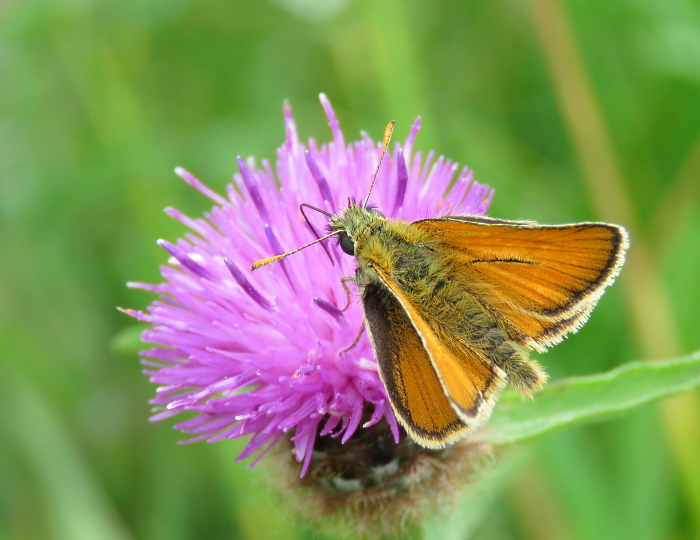 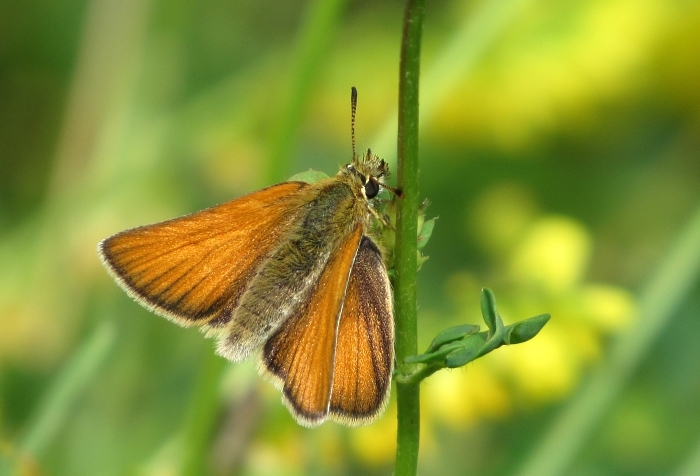 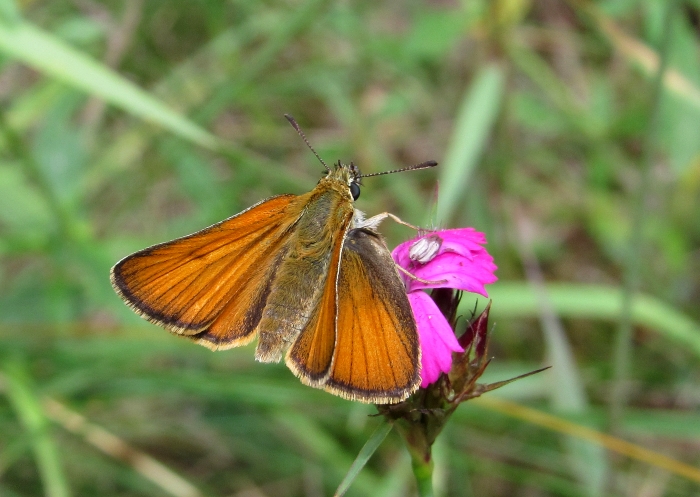 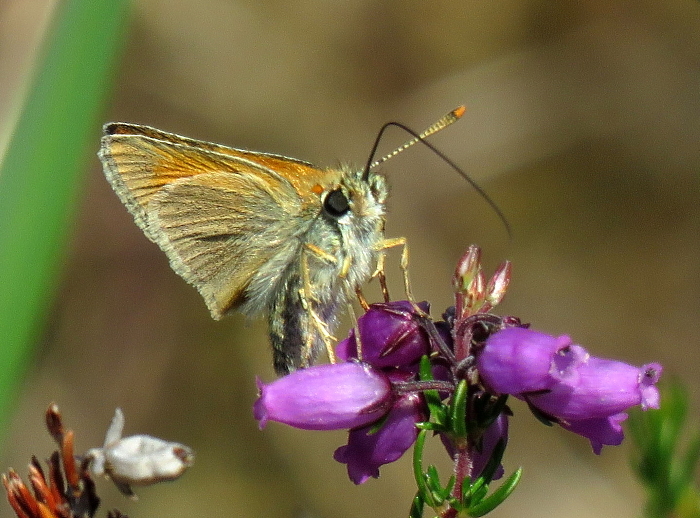 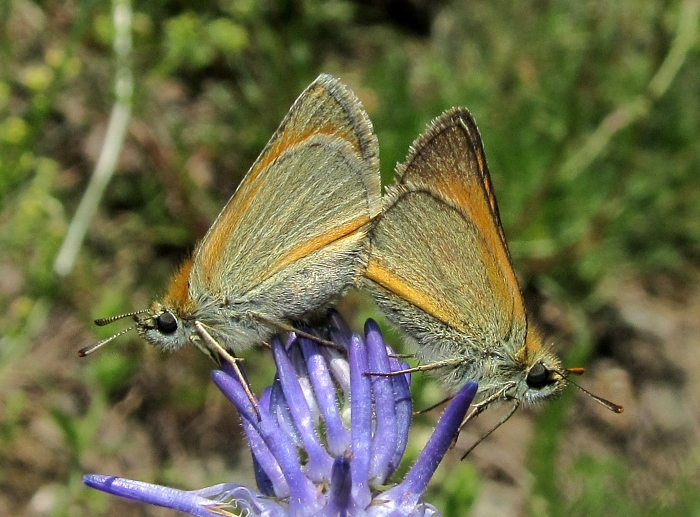 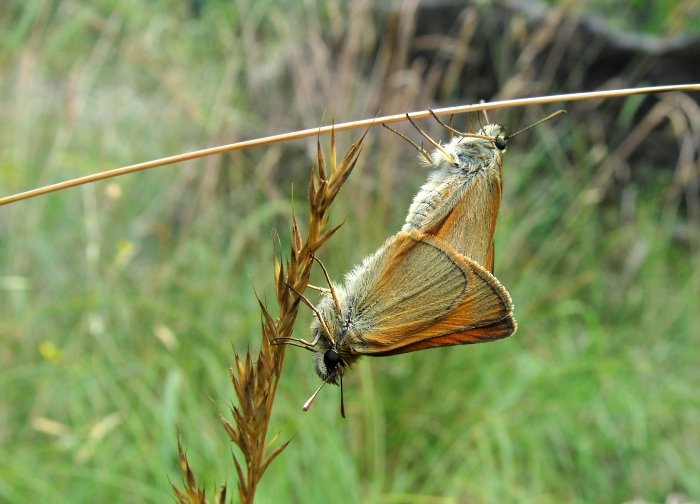 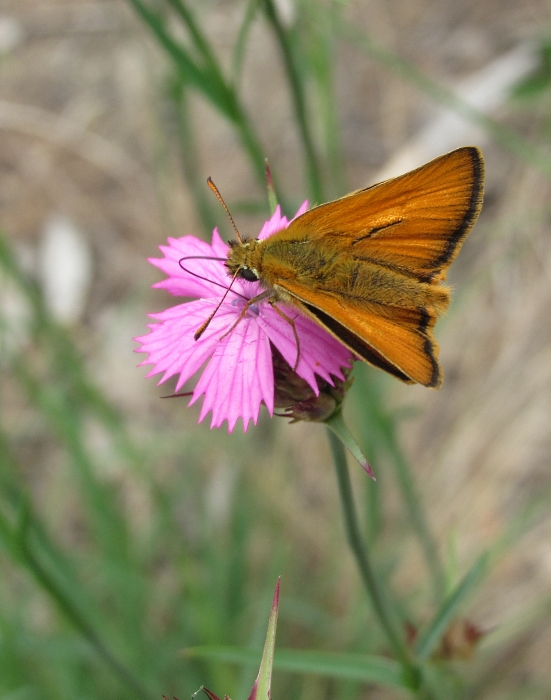 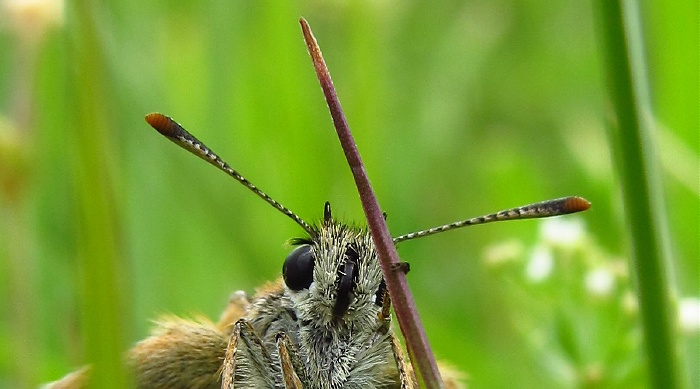 Female: close up of the antennae, showing the buff patches beneath 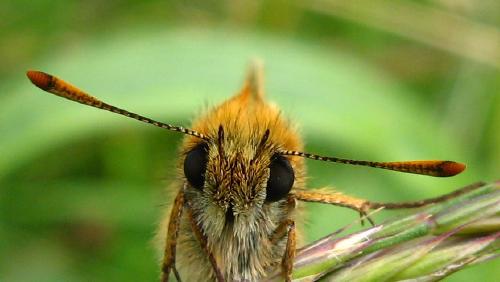 Male: close up of the antennae, showing the buff patches beneath 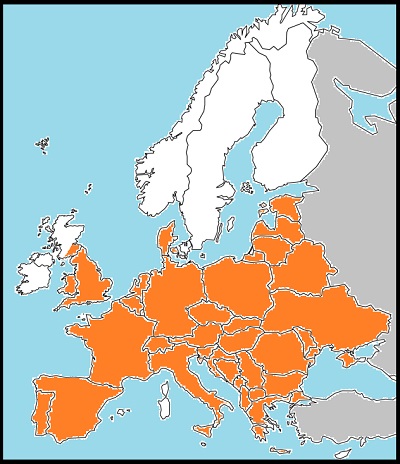 The small skipper is widespread and very common throughout Europe - with the strange exception of Norway, Sweden and Finland. In the United Kingdom it is found commonly as far north as southern Scotland but it has not yet been recorded in Ireland. It is a creature of summer meadows and open woodland clearings, often abundant where there are plenty of nectar flowers to sup at. Males and females buzzing from flower to flower are a familiar but delightful sight in high summer everywhere.

The species is most easily confused with the Essex skipper, which is equally common in most of Europe and shares the same habitats. They can always be separated if it is possible to see the undersides of the tips of the antennae, which are buff/red in small skipper but jet black in Essex. Males can also be distinguished by the sex brand, which is long and decurved in small skipper, crossing v.2, but short and straight in Essex, broken at v.2. The underside of the small skipper is rather obviously two-tone, with well demarcated grey-green at the apex of the forewing and the same colour on the hindwing. The rest of the forewing underside is rich orange. In Essex skipper, the grey-green areas are much closer in colour to the golden ground colour and the forewing apical patch is less well demarcated. Usually, the dark marginal line on the upperside of small skippers is clear and boldly drawn, not leaking in along the veins, but this character is variable and cannot be relied upon for identification.

Small skipper eggs are laid on a great variety of different grasses. The caterpillars hibernate in a silken cocoon soon after hatching and begin feeding in the spring. Adults fly in a single generation from June to August, or May to July further south. I have seen females in September in Switzerland.