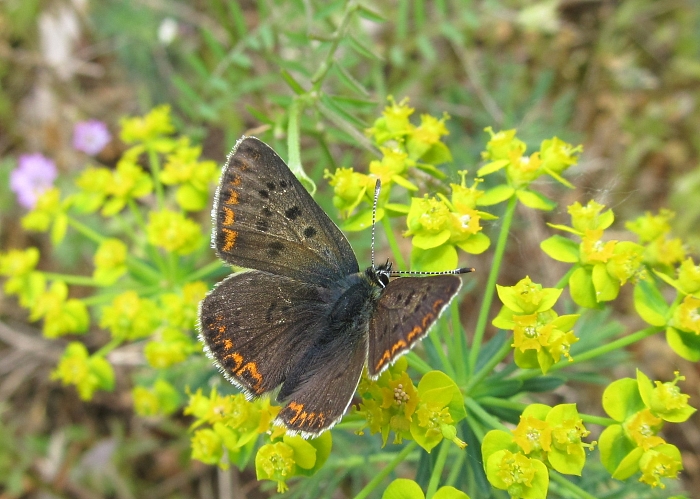 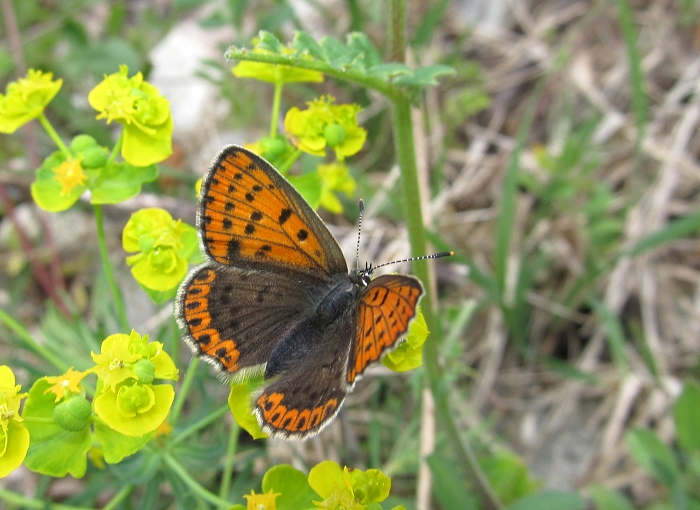 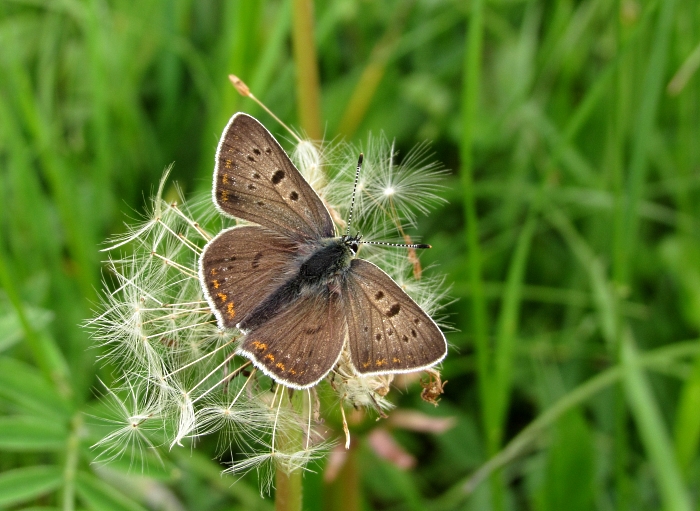 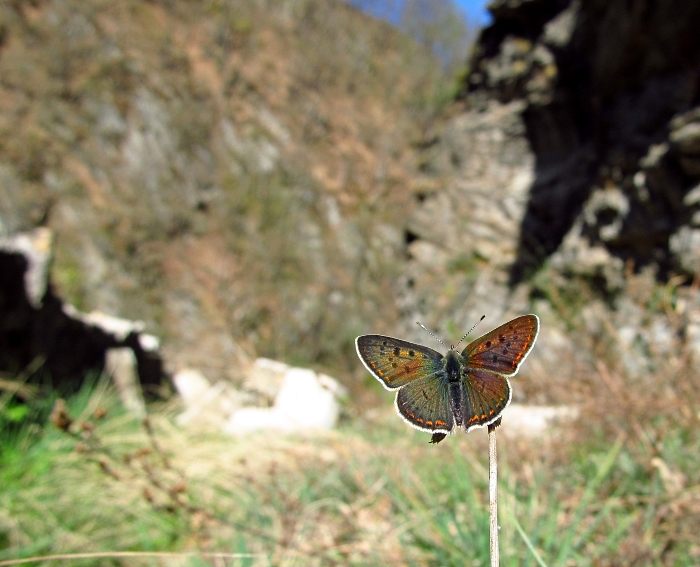 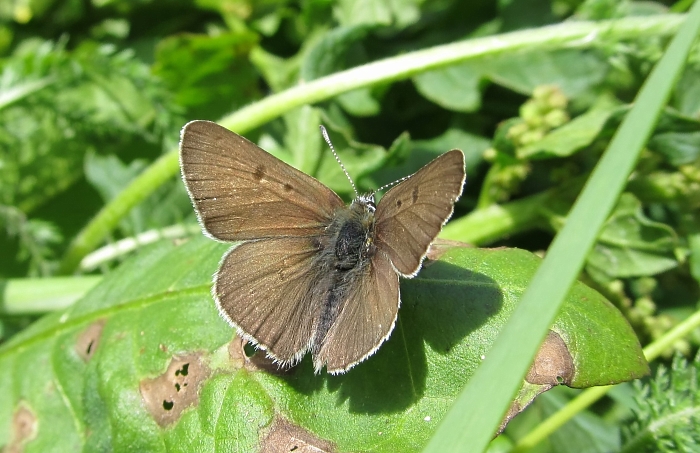 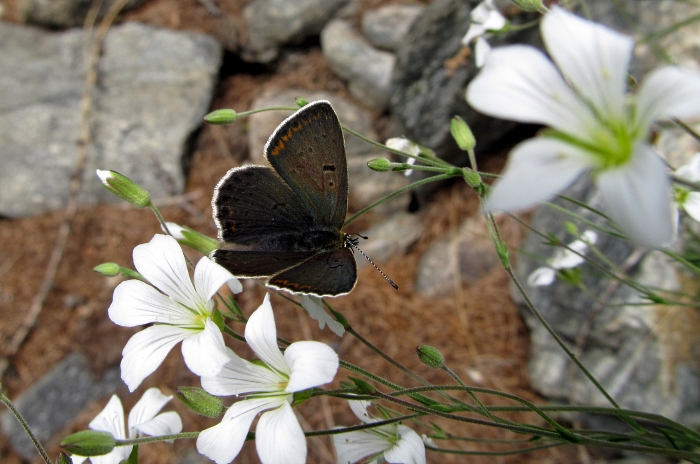 Female of high alpine form, subalpinus, Switzerland, July 2013 (this picture formerly
labelled as male - thanks to Vincent Baudraz for pointing out the error!) 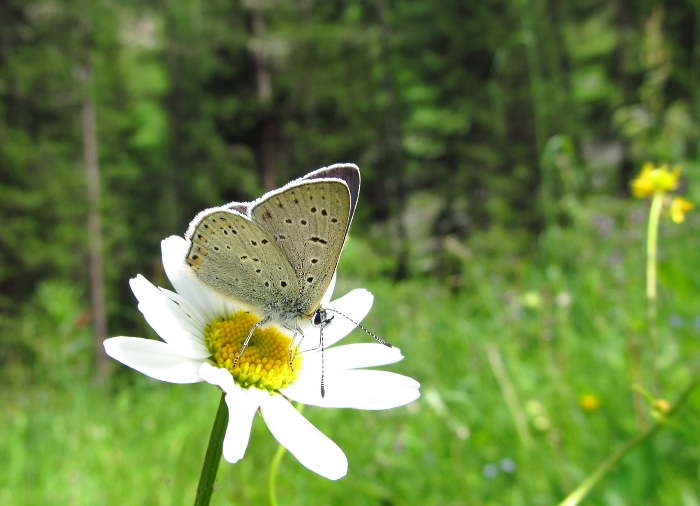 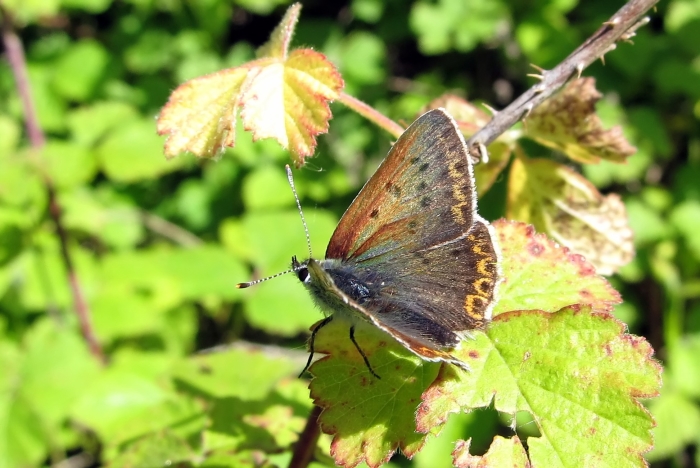 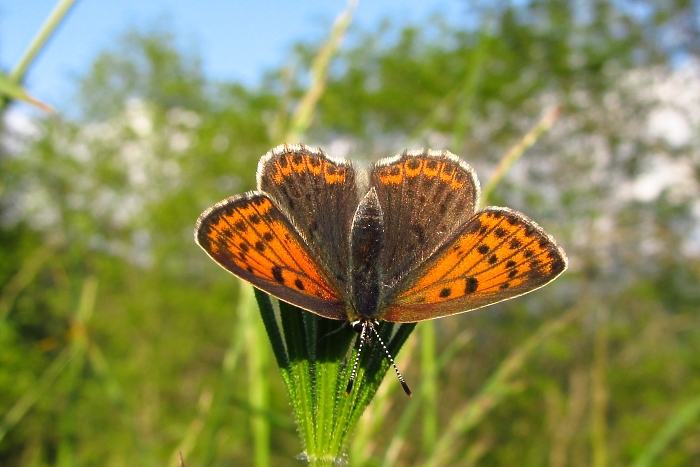 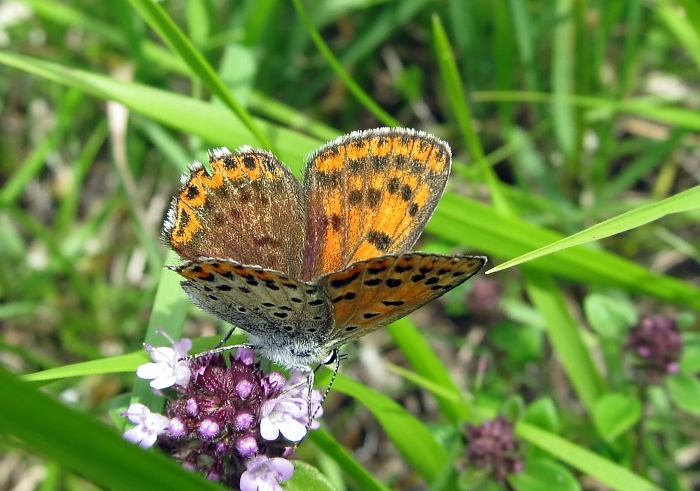 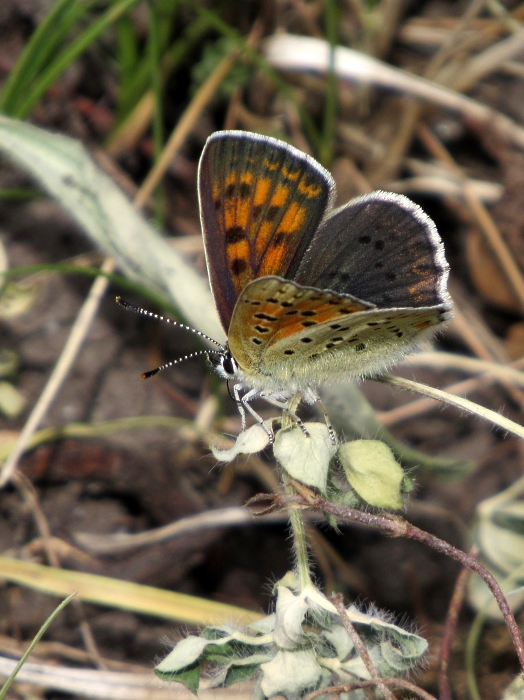 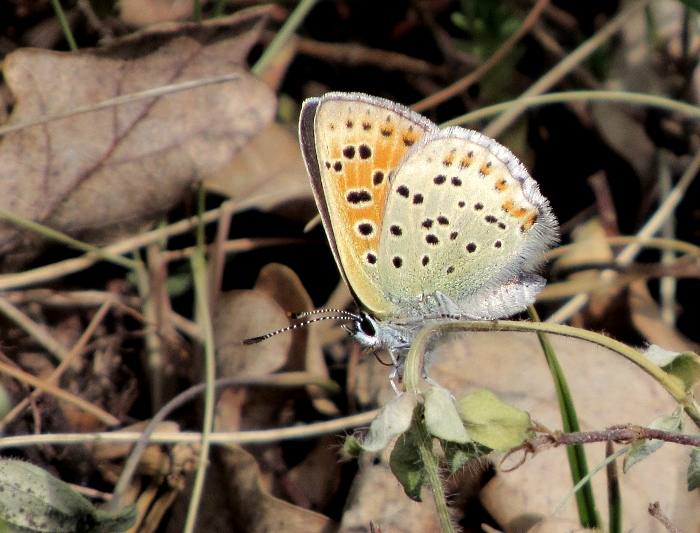 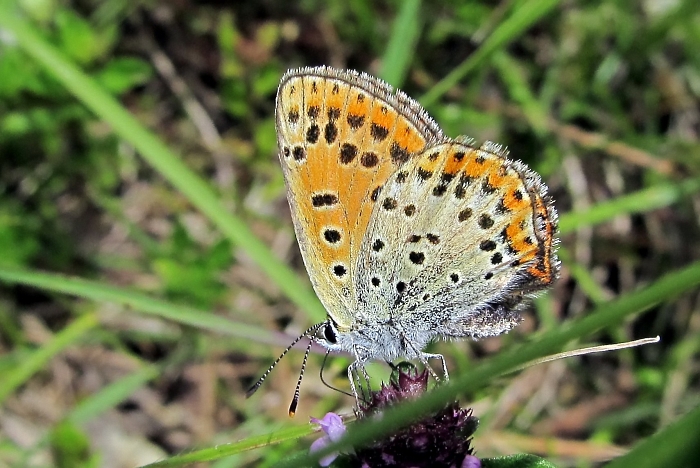 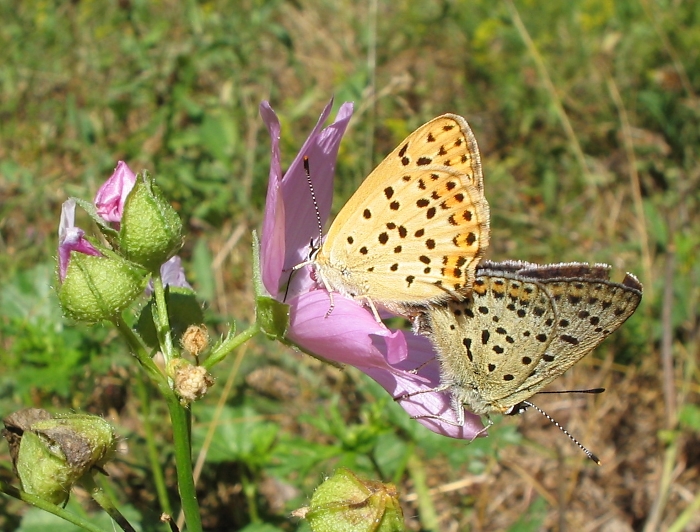 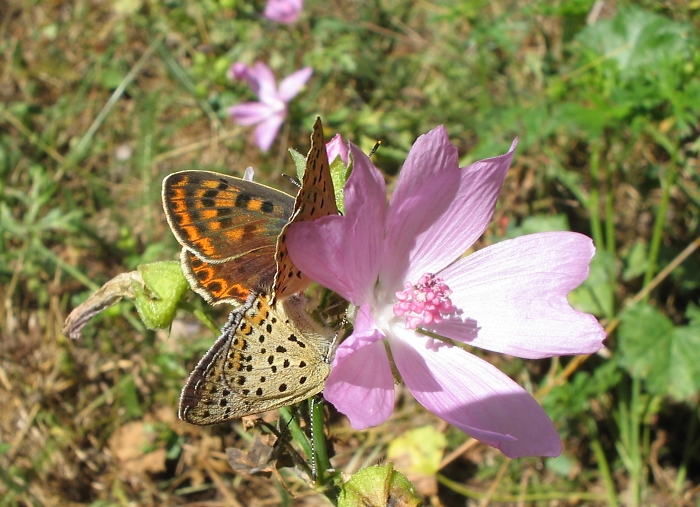 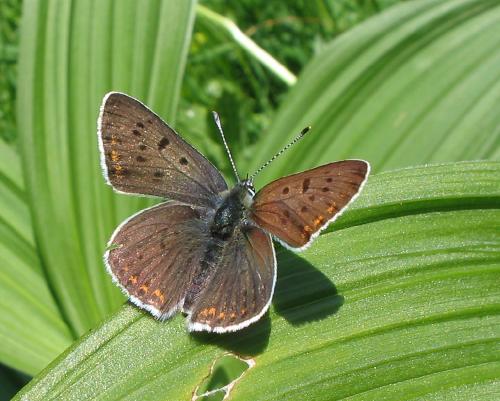 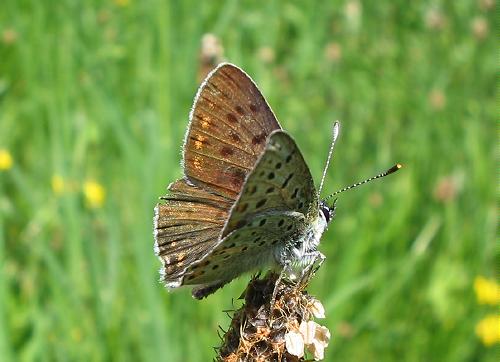 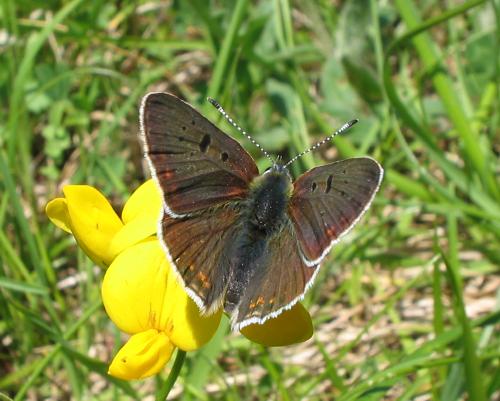 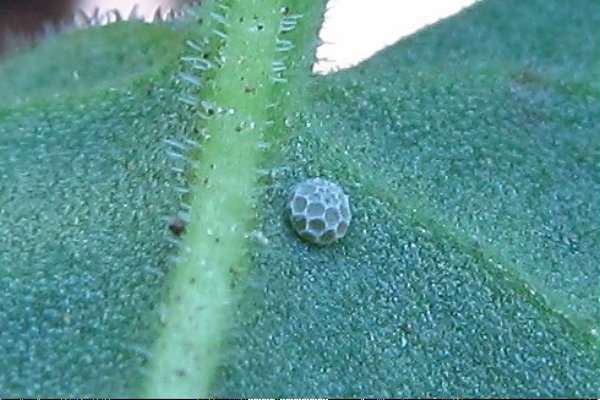 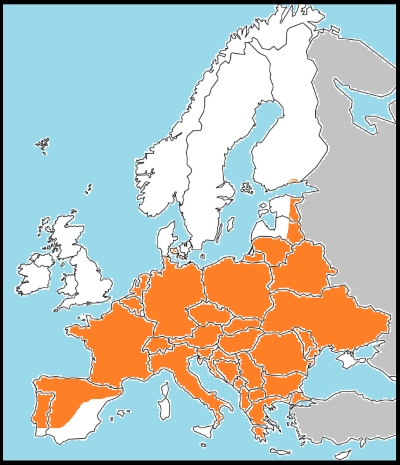 The sooty copper is a common and familiar butterfly in much of Europe, flying in a succession of broods - two or more, except at the highest altitudes, where there is only one - from spring until autumn. In alpine meadows it is more likely to be encountered than the otherwise ubiquitous small copper, while in lower, hotter sites the two species readily cohabit.

Although both sexes are very variable, this is an easy butterfly to identify. The male upperside is more or less completely suffused with sooty brown (although it may have a glossy, almost bluish patina, it never shows the violet reflections of the violet copper), bordered submarginally in most populations with varying amounts of orange. High alpine populations of the subspecies  subalpinus typically show no orange at all. Females have a complete row of submarginal orange lunules on the hindwing and are broadly orange on the forewing with the usual dark spots and varying amounts of fuscous suffusion. The line of forewing postdiscal spots is irregular and descends stepwise in pairs, unlike that of the superficially similar purple-edged copper, which has a neat, continuous line of spots (the two species were once classified in different genera - Heodes tityrus and Palaeochrysophanus hippothoe). The underside typically has a rather silvery tone, especially in the high alpine subspecies, which also has diminished submarginal orange on this surface. Subspecies bleusi, largely similar to the typical lowland subspecies, flies in central Spain.

Eggs are laid on species of Rumex. Those laid in the autumn hatch but the larvae hibernate at the base of the plant while still young, to complete their development in the spring. The first butterflies usually fly in April in lowland sites - May at about 1000, near me in the Alps and June in the highest sites.