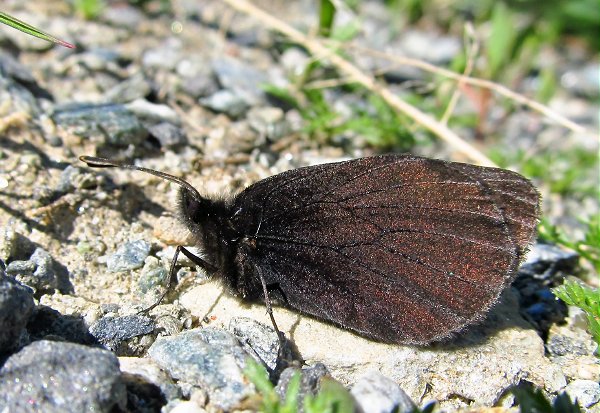 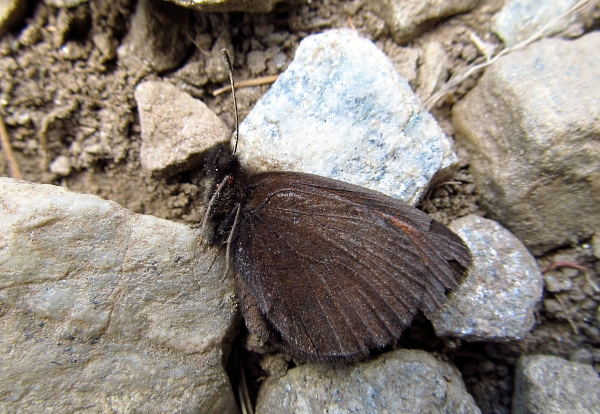 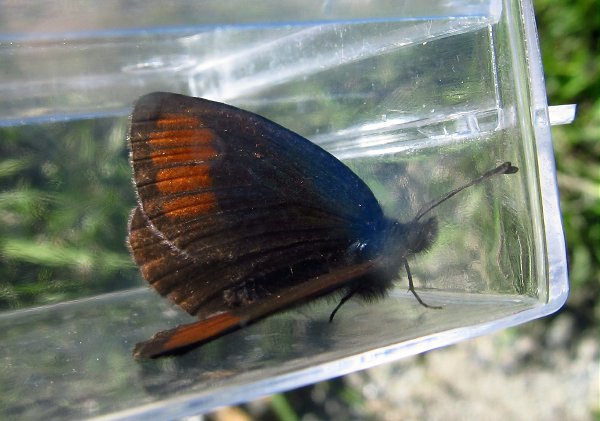 Upperside, Switzerland, May 2011 - the butterfly was released unharmed immediately after this photo was taken 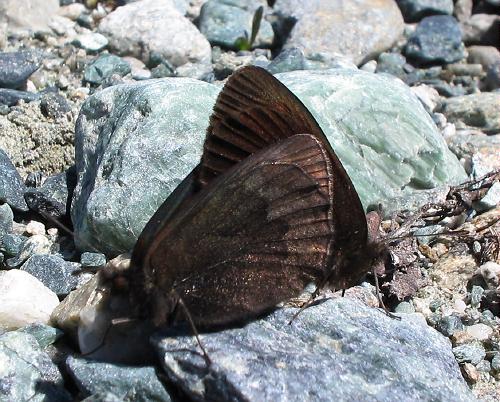 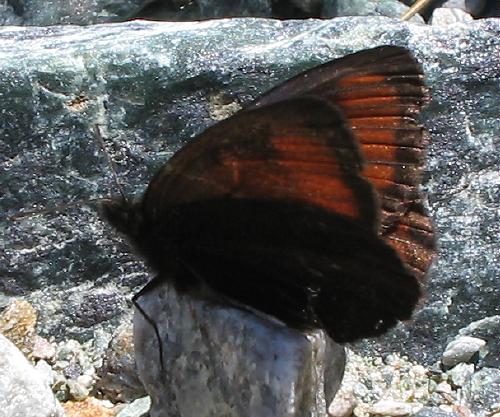 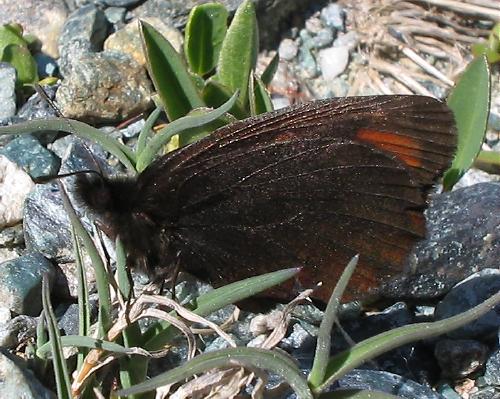 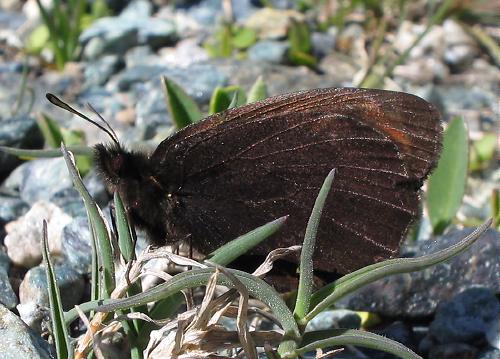 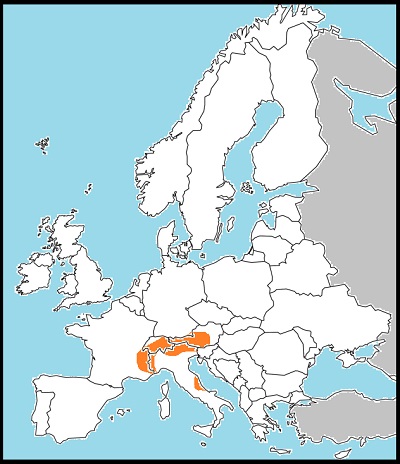 The sooty ringlet is a butterfly of steep screes and shale, with short grass, above about 1900m. I have never found it commonly - almost invariably in ones and twos. I suspect this is at least partly due to its being an early insect for these altitudes, as well as the fact it doesn't wander far from its favoured habitats, so unless you are wandering on or near the scree you are unlikely to see it.

Perhaps because it is so sedentary, it shows great (and confusing) variation over its range. All forms are dark. The 'standard' form of the nominate subspecies is unmarked sooty brown above and a warmer brown below, with some post-discal reddish, especially in the female, which is generally paler. Other forms are more typically 'ringlet', with white-pupilled black spots on upperside and underside, sometimes set in reddish. The red, if present, is always very diffuse (except in form oreas, below), with no defined edge - so not a band or spots. In the Haute Savoie and southern Switzerland (where all the above pictures were taken), there is a broad and much better defined reddish patch on each forewing but no eyespots. In all forms, the hindwing is noticeably protuded at v.5. The smooth, dark appearance of the underside of this wing, with very little in the way of contrasting colours or any rough texture, is also fairly constant, regardless of whether there are eyespots present.

Tolman gives the foodplants as Festuca quadriflora, Festuca alpina and Poa minor. As with many high alpine ringlets, the caterpillar hibernates twice, taking two seasonal cycles to complete its development. The adults fly from late May through to July or August.