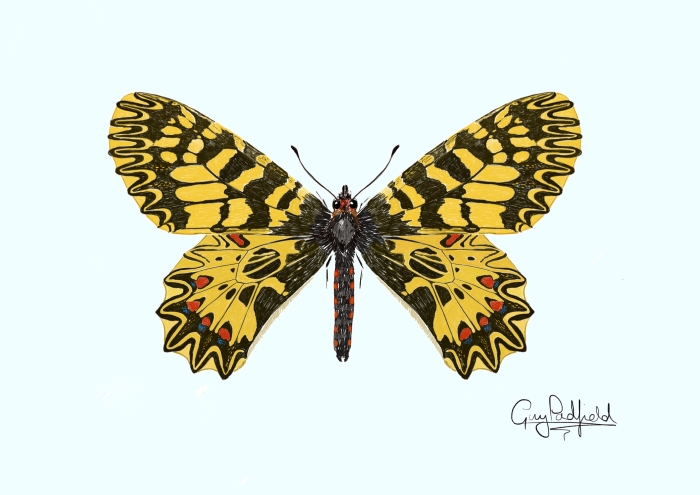 Painted from a BMNH specimen of a male, in d'Abrera's Butterflies of the Holarctic Region Vol. 1 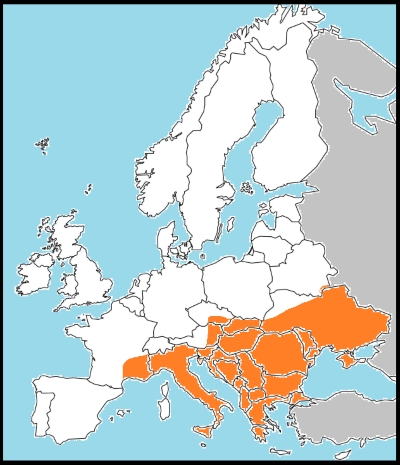 I've never seen this species so have painted it instead of offering a photograph. As soon as I do see one I will add photographs. The butterfly flies in the South of France, Italy and south-eastern Europe in a single generation from February to May. It has been recorded in the Italian part of Switzerland, but not in the 21st century - or indeed in my lifetime!

In Italy, a closely related species, Zerynthia cassandra, flies, regarded by some as conspecific with the southern festoon. This appears to overlap with the southern festoon in parts of the country, though different authorities seem to disagree on the Italian distributions of both species. It is slightly smaller and has more extensive black markings on the wings. The map above does not attempt to distinguish between the two.