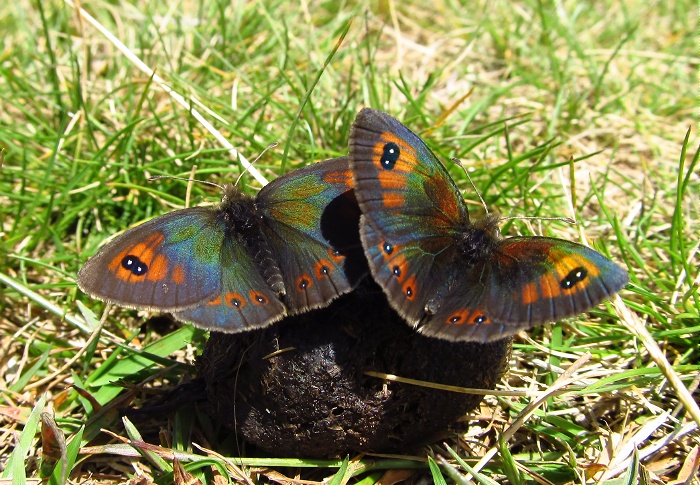 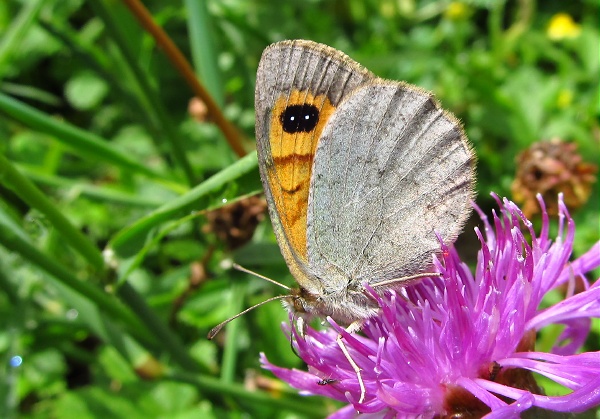 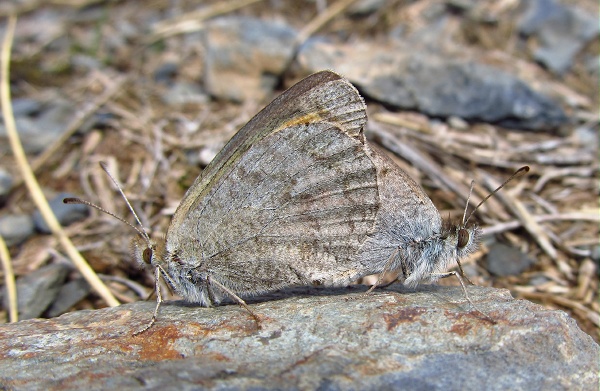 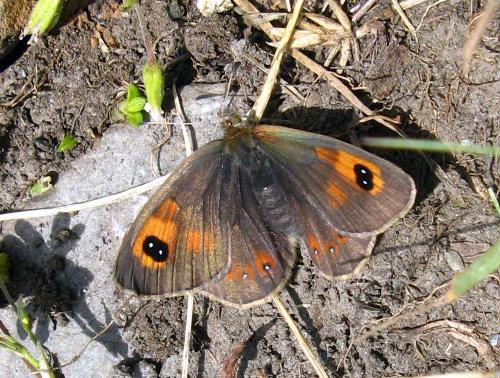 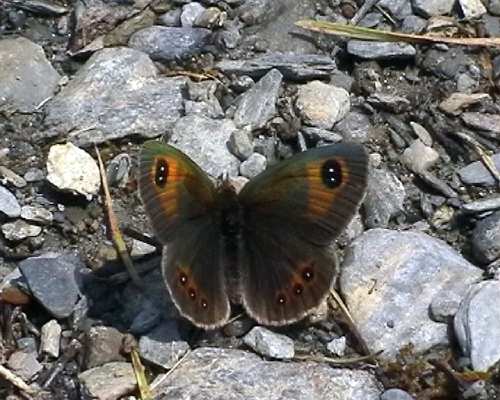 Long ago, in the Val d'Aran! 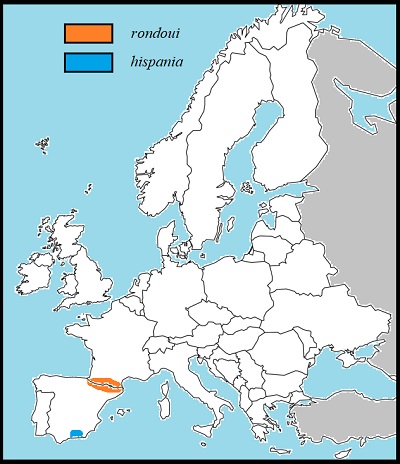 The Spanish and Pyrenees brassy ringlets are now regarded as distinct species, though older books treat them as subspecies. Their ranges are absolutely disjoint and there has been no genetic interchange for thousands of years, so it doesn't really matter either way - they are without a doubt valid taxa and whether they are species or subspecies is just a matter of where you choose to draw the line. The Spanish brassy ringlet, Erebia hispania, is restricted to the Sierra Nevada, while the Pyrenees brassy ringlet, as the name suggests, is a Pyrenean endemic.

These two brassy ringlets both fly on grassy slopes, from 1650m to 2300m in the Pyrenees and above about 1800m in the Sierra Nevada. The caterpillars feed on various grasses including sheep's fescue and hibernate just once, the adults flying in a single generation from June to August, depending on latitude and altitude (earlier in the south and at lower altitudes within the same mountain range).