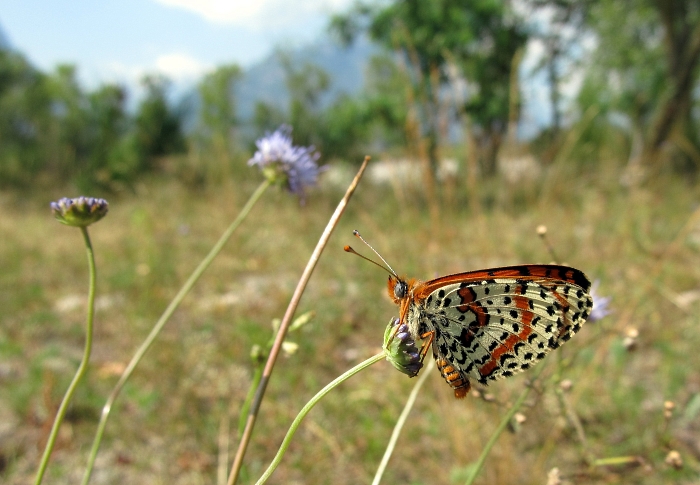 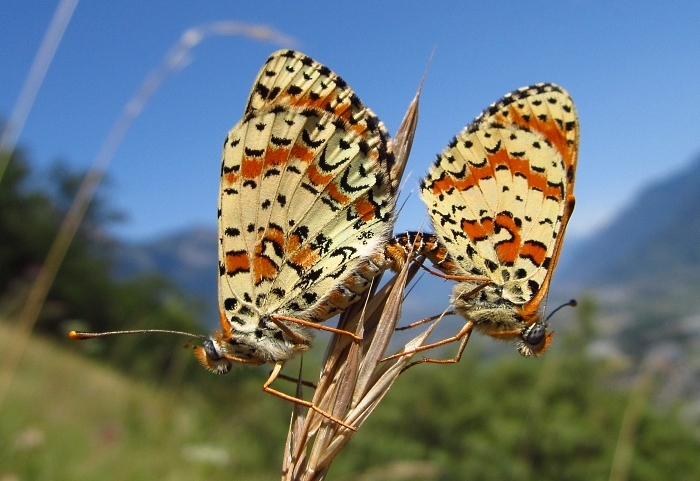 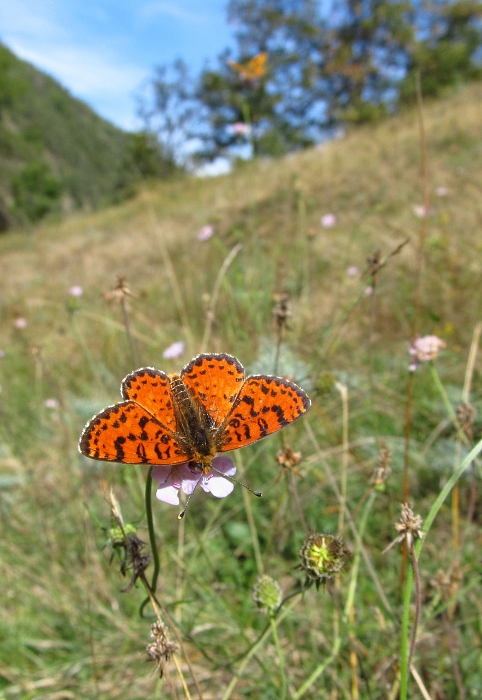 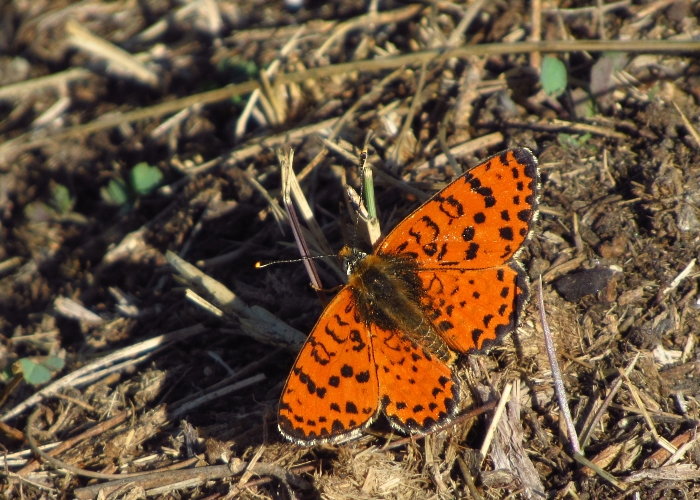 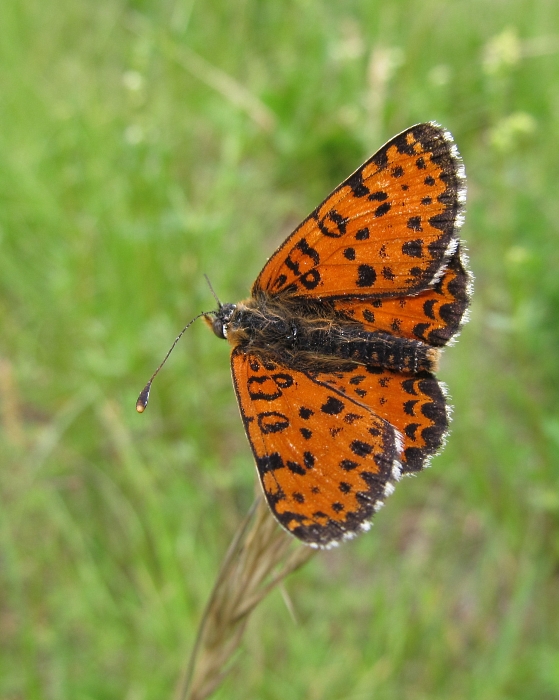 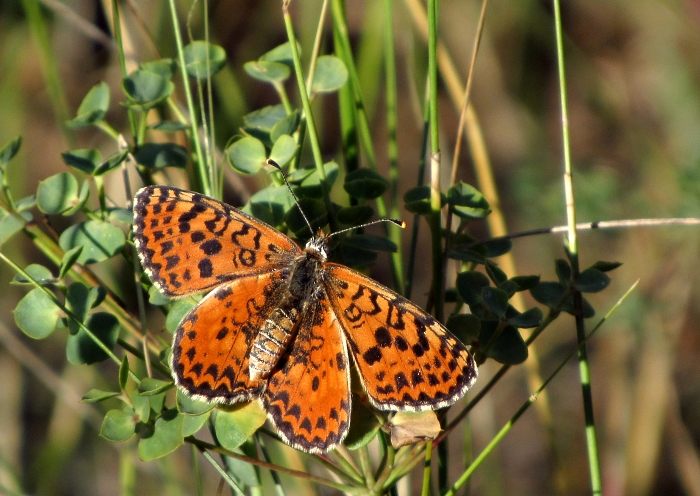 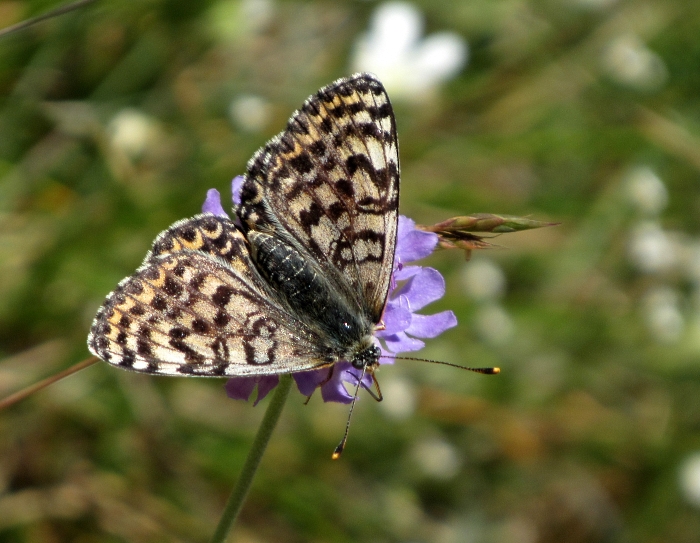 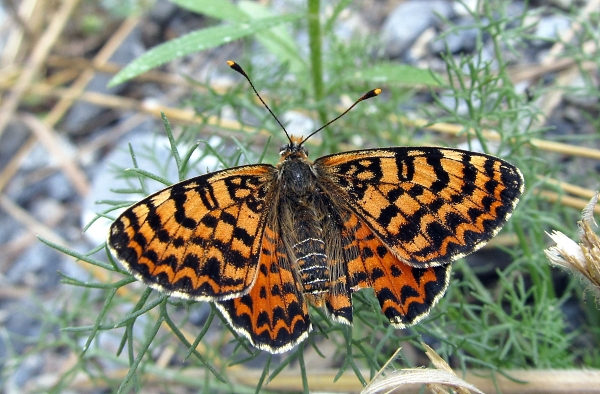 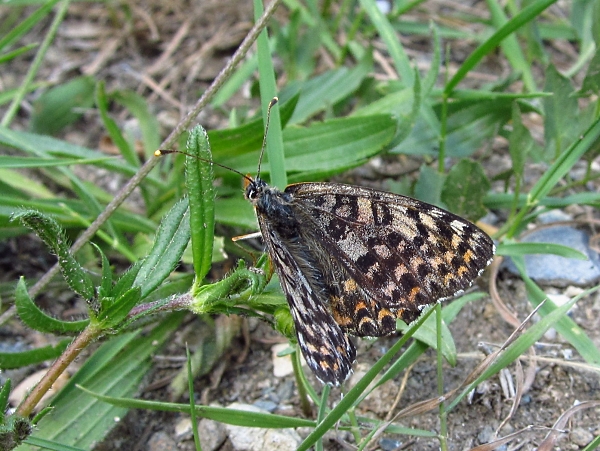 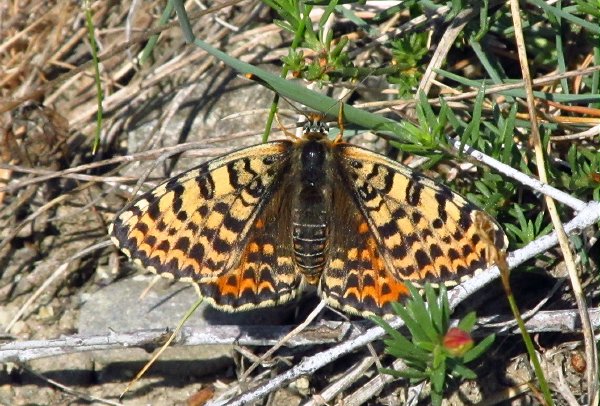 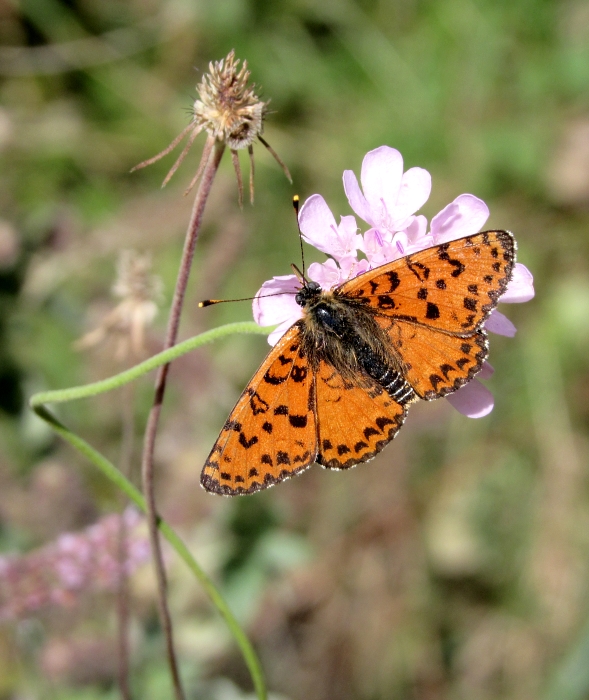 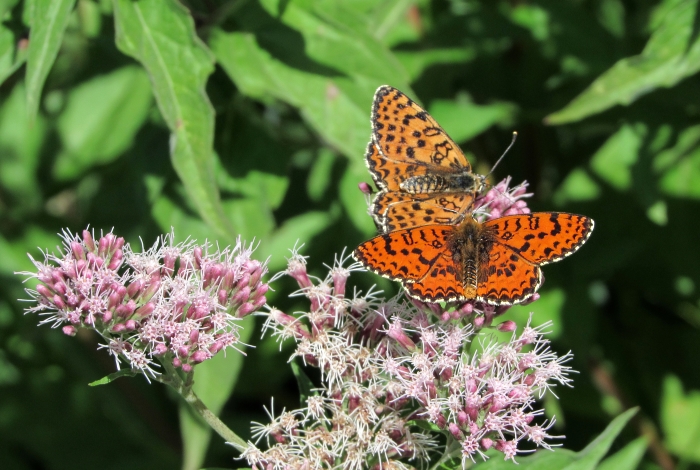 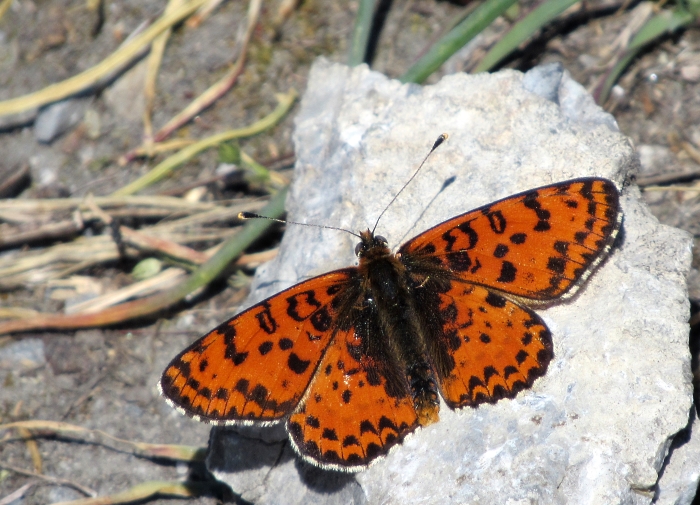 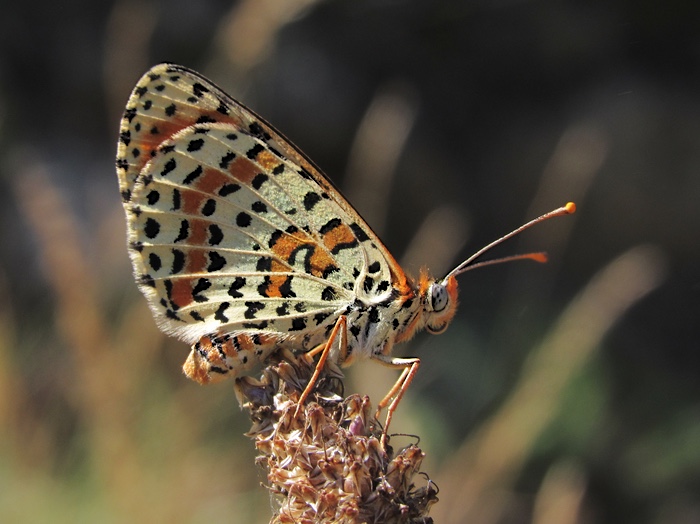 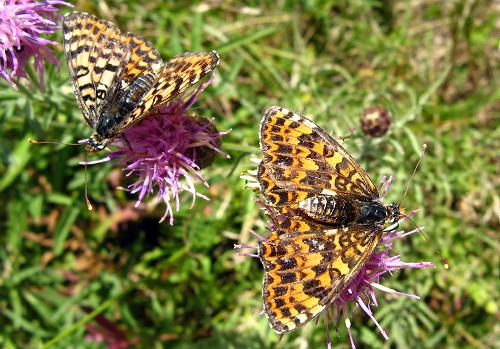 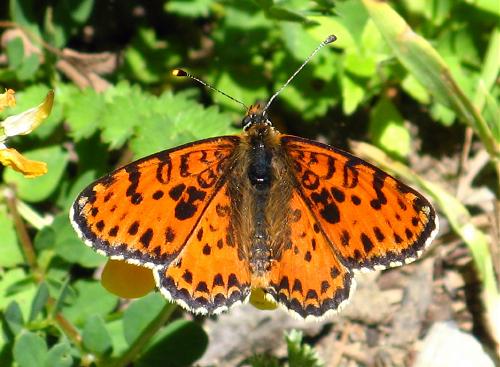 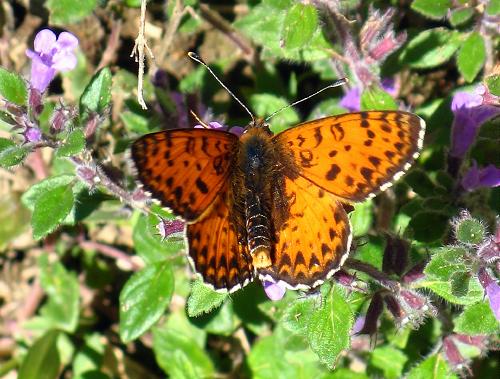 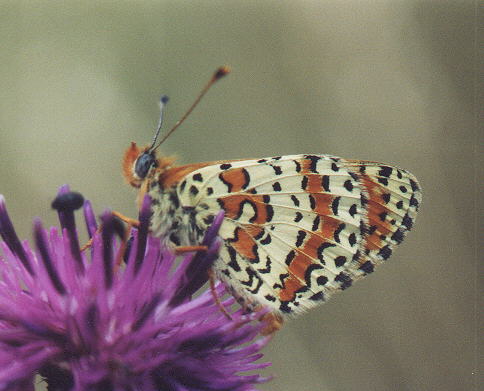 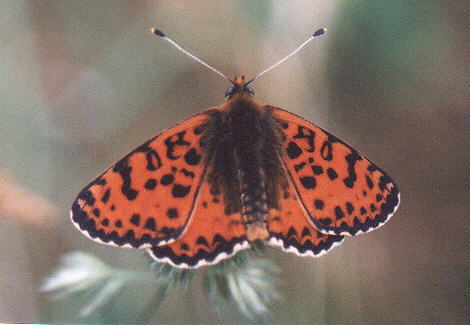 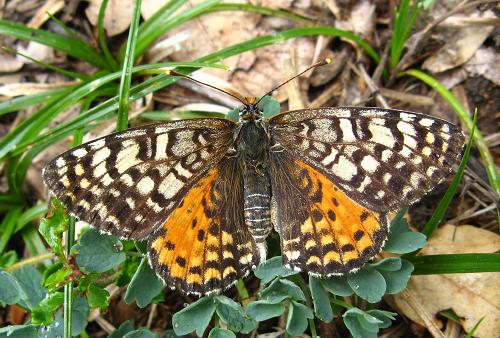 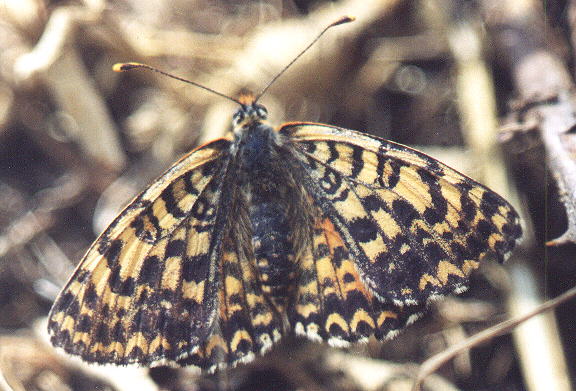 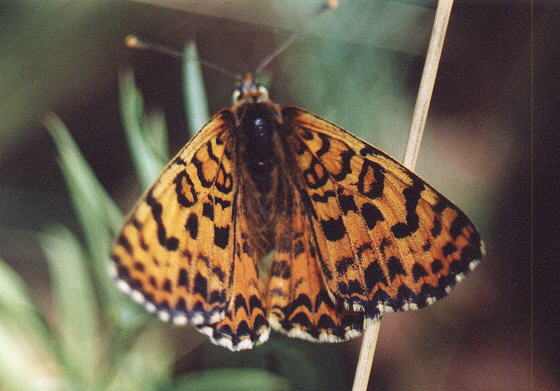 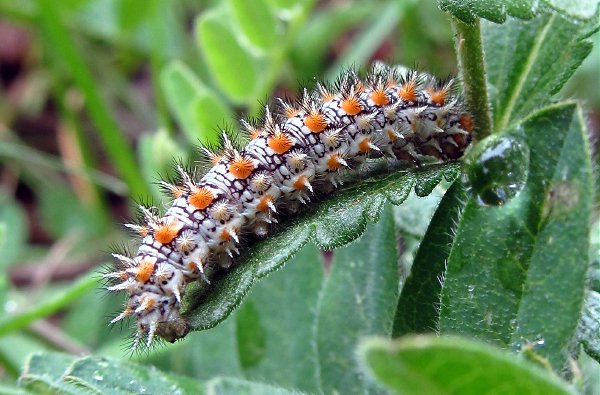 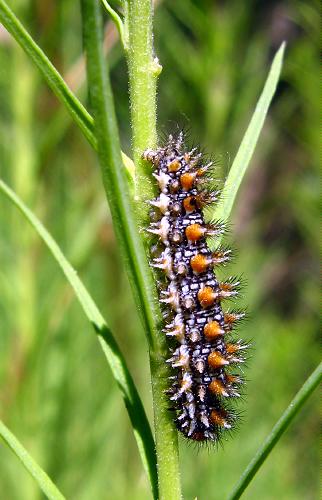 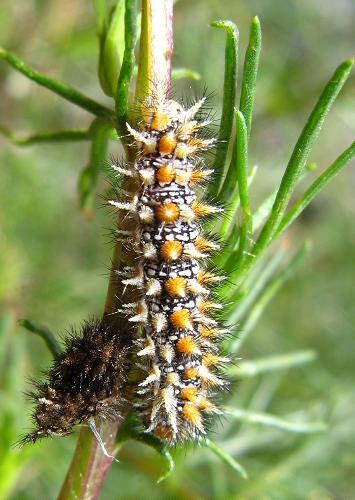 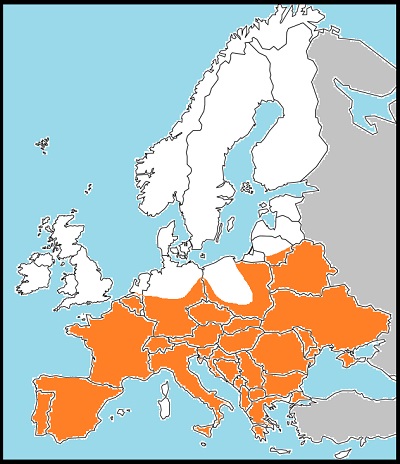 This incredibly variable butterfly is widespread and common in the hotter parts of Europe from spring to autumn. It flies in dry, flowery places - often hot and dusty but also lusher meadows and woodland edges - using a wide variety of foodplants, including toadflaxes, plantains, speedwells and others.

Males are conspicuous by their fiery orange uppersides, with typically spotty markings, unlike the chessboard patterns of many Melitaea species. In North Africa, the similar desert fritillary flies, but apart from this the only species with which it might be confused are the closely related lesser spotted and Sagarra's lesser spotted fritillaries. A good point of separation from these on the upperside is the shape of the submarginal spots on the forewing - flat or convex outwardly, rather than concave. On the underside, the black marks inside the outer margins are said to be more rounded than in the two lesser spotted species (where they are triangular) but this criterion seems very unreliable to me. Better is to examine the venation of the hindwing cell. In spotted fritillary this is entirely open. In the other two it is at least half-closed by a disco-cellular vein (see pictures here). Female spotted fritillaries vary in colour from bright orange, like the males, to grey violet, with any number of combinations in between. The pictures above show just some of the amazing variety. To the best of my knowledge, females of lesser spotted and Sagarra's lesser spotted are more consistently orange. They may also be confirmed by the presence of the disco-cellular vein visible on the underside hindwing.

Like those of many Melitaea species, spotted fritillary caterpillars hibernate gregariously before feeding up and dispersing in the spring. The adults fly from April to September in a succession of broods, depending on altitude and latitude.